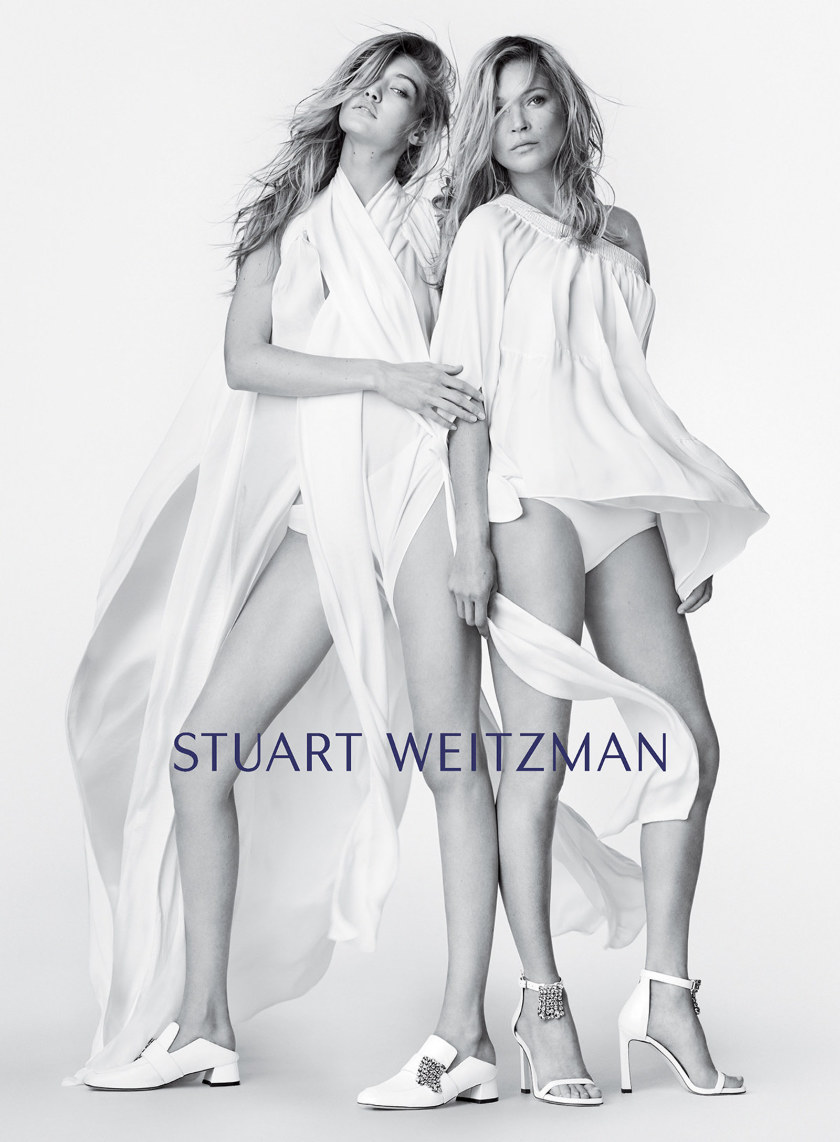 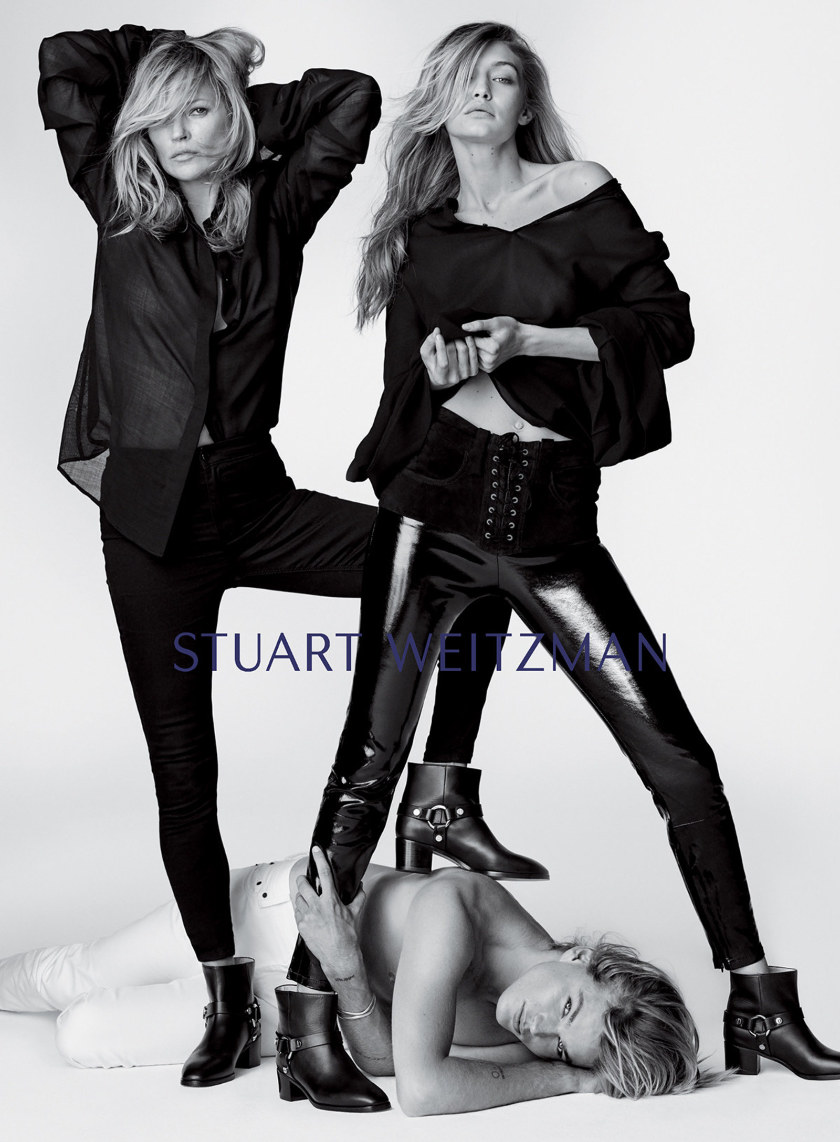 Stuart Weitzman’s spring 2018 advertising campaign features two of its best known models: Gigi Hadid and Kate Moss, photographed once again by Mario Testino, who has been behind the lens of many of the shoe brand’s campaigns.
Male model Jordan Barrett appears in one of the images, wearing white trousers while Moss and Hadid are clad in black.
The company said its aim was to capture the women as strong and powerful, and to show that its designs bridge two generations.
Among the footwear promoted by Stuart Weitzman are the Expert boot and the Irises and Fringenudist shoes, available for sale and pre-order at Stuart Weitzman’s website.
The campaign will break in the US, Canada, Europe and Asia, with behind-the-scenes videos at stuartweitzman.com and at their boutiques.