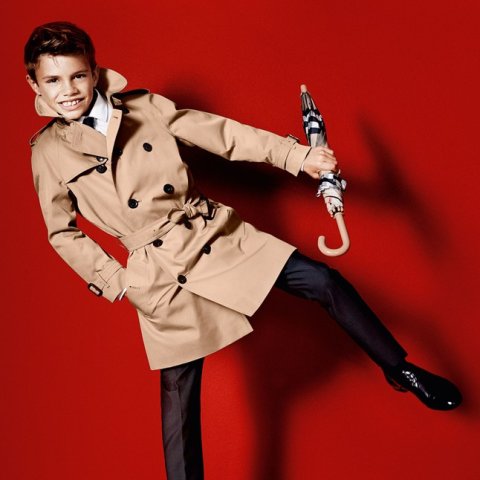 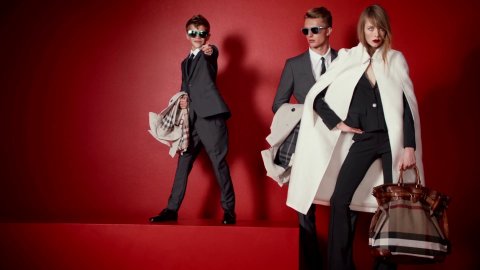 Romeo Beckham steals the show in Burberry’s spring–summer 2013 campaign, shot by Mario Testino and directed by Christopher Bailey. The campaign also stars Cara Delevingne, Edie Campbell, Max Rendell, Charlie France, Charlotte Wiggins, and Alex Dunstan.
In a preview of the campaign released on Thursday, the 10-year-old pulls off various Burberry items with ease, including the classic trench coat. He appears to be a natural before the camera.
Bailey said the son of David and Victoria Beckham ‘was a joy to work with and really stole the show. This season’s campaign lights up with the infectious energy of an amazing young cast of old and new Burberry family.
‘We had such fun shooting the campaign and I think that comes through in the images, which really reflect the upbeat spirit of the collection.’
Romeo is the Beckhams’ second child. Older brother, Brooklyn, is three years older, younger brother Cruz three years younger. His sister Harper is one.
While Burberry is Romeo Beckham’s first modelling gig, he has been involved in fashion before. A British tabloid reported that at age eight, he signed a deal to design children’s sunglasses, with the line called RB.