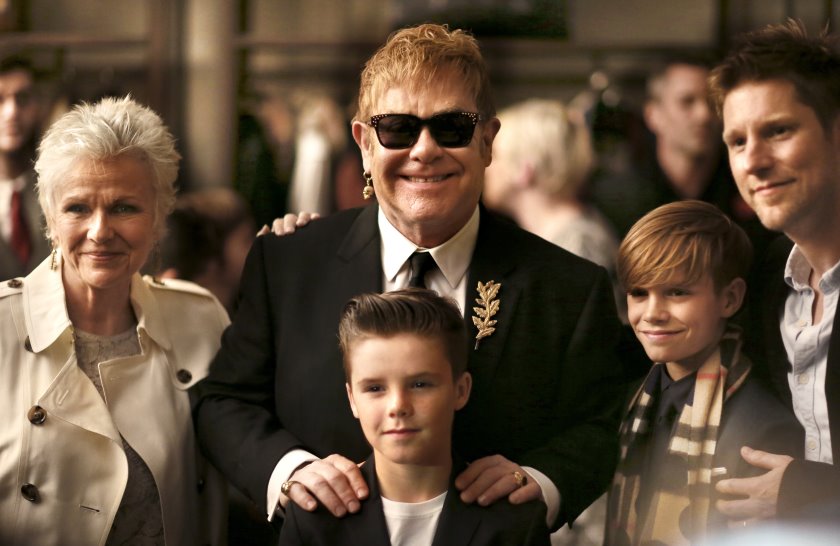 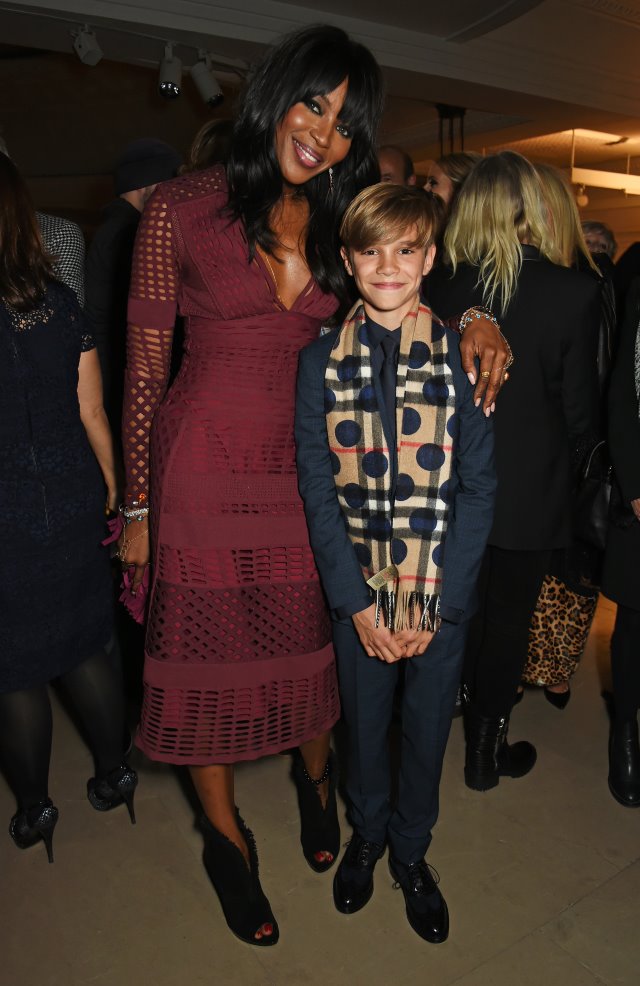 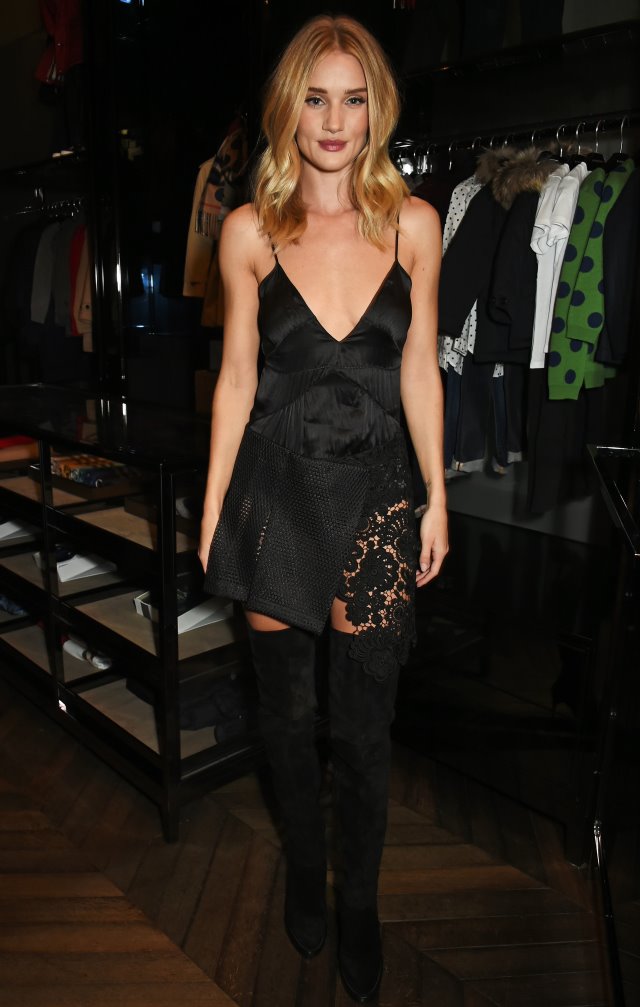 Burberry has launched a new promotion for Christmas that pays tribute to Billy Elliot, featuring Sir Elton John, Naomi Campbell, James Corden, Julie Walters (who starred in the original film), Romeo Beckham, Rosie Huntington-Whiteley, Michelle Dockery, James Bay, George Ezra and Toby Huntington-Whiteley.
‘Billy Elliot is an incredible film full of so much joy and energy, so it was a real thrill and a great honour to be able to celebrate its 15-year anniversary through our festive campaign. It was also a huge privilege to work with such amazing and iconic British talent—the cast are quite simply some of the biggest names in film, music and fashion and it was so much fun working with them all to make this special film,’ said Burberry CEO Christopher Bailey. Bailey, as chief creative officer for the firm, also directed the three-minute promotion, which was shot at Park Royal Studios in London.
The three-minute film, which features original footage from Billy Elliot and ‘Cosmic Dancer’ by T Rex, received its première at Burberry’s flagship store at 121 Regent Street before it was released online at 7 p.m. tonight. Sir Elton, Walters, Campbell, Rosie Huntington-Whiteley, Beckham and Bailey were among the VIPs present. It then launched on Burberry’s own website and various channels such as Instagram, YouTube, Facebook and Weibo till the end of the year.
Mario Testino shot the related stills for the campaign featuring Campbell, Beckham, Rosie Huntington-Whiteley and James Bay.
The release coincides with Burberry making its full festive gifts’ range, including its heritage trench coat and cashmere scarf, available both online and in stores. Its Book of Gifts also débuts today at its website.
Burberry will also donate £500,000 to be split between two charities, Place2Be and the County Durham Community Foundation, which help the Easington community where Billy Elliot was set. 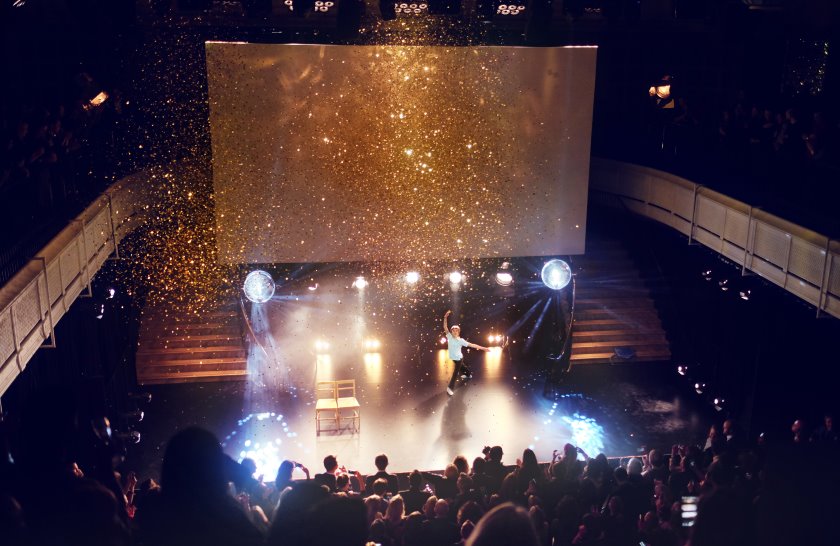 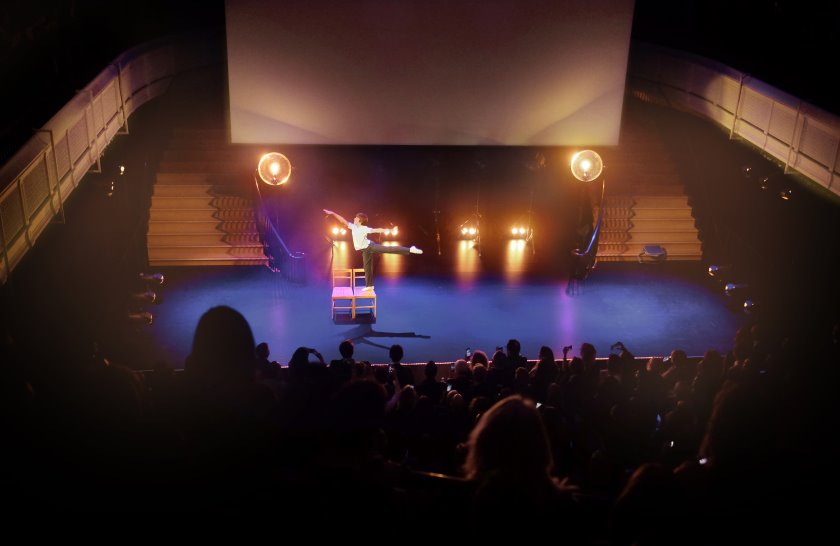