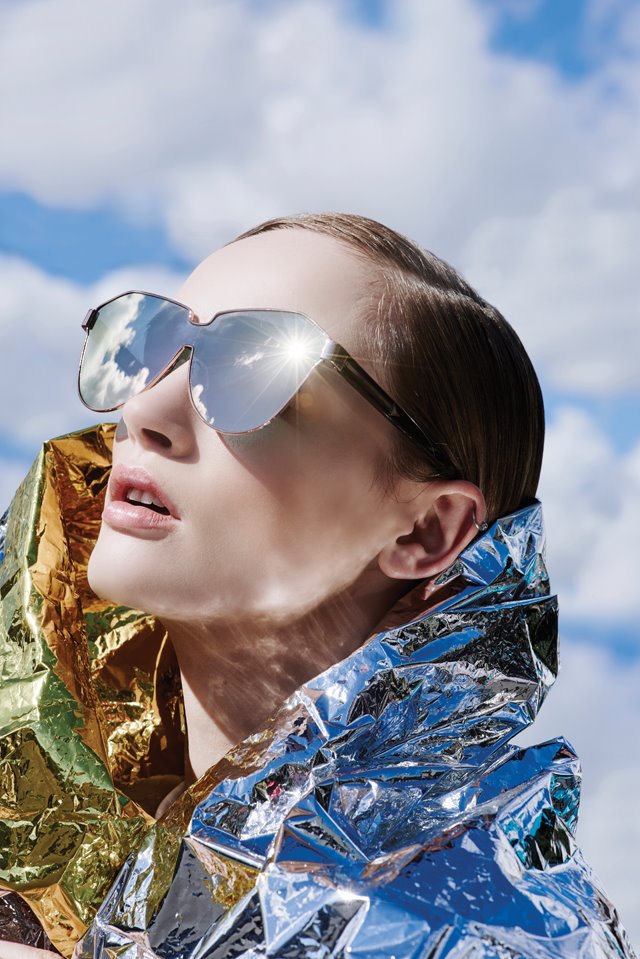 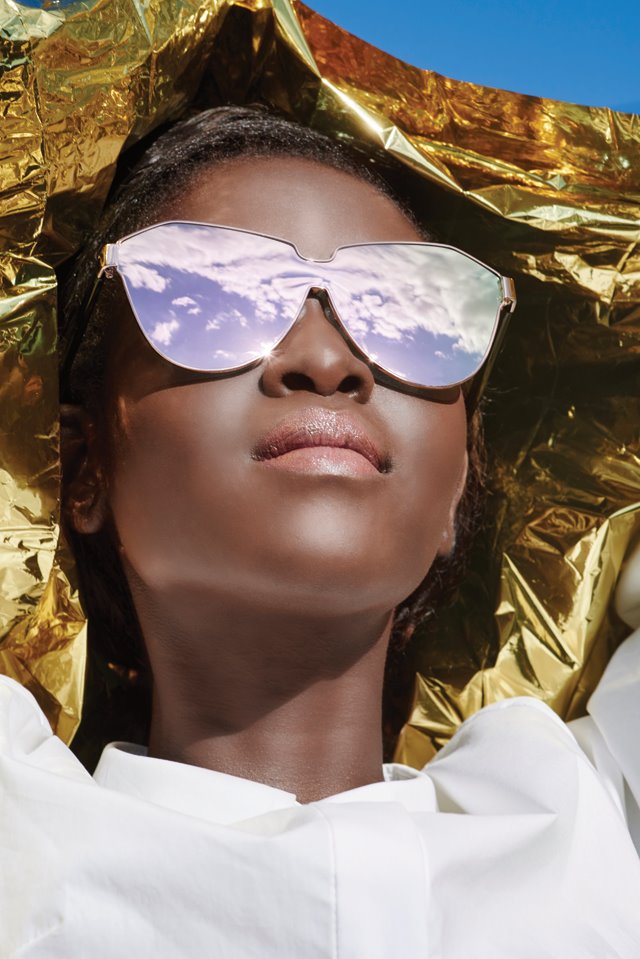 Karen Walker Eyewear has just released its campaign imagery for its limited-edition Superstars range.
The campaign has been photographed and art-directed by Walker’s husband, Mikhail Gherman.
An additional video, called Karen Walker Dancing Heads, featuring choreographer–rapper Parris Goebel, has also been released, a collaboration between Goebel, Walker and videographer Barnaby Roper.
The brand releases a limited-edition Superstars line each year, which takes its most famous styles and re-releases them with new colours.
The Superstars line for 2016 comprise favourites Harvest and Super Duper, with new shapes dubbed One Orbit, Moon Disco, Cosmonaut and Star Sailor.
The company says this year’s range has ‘astronaut-inspired colourways’, with classic black, Crazy Tort (Karen Walker Eyewear’s popular tortoiseshell style), and yellow and rose-gold mirror with metal detail.
Superstars is available from Liberty in the UK (from May 5), Barney’s (from May 16), Karen Walker stores (from May 23) and other global partners (from June 1). 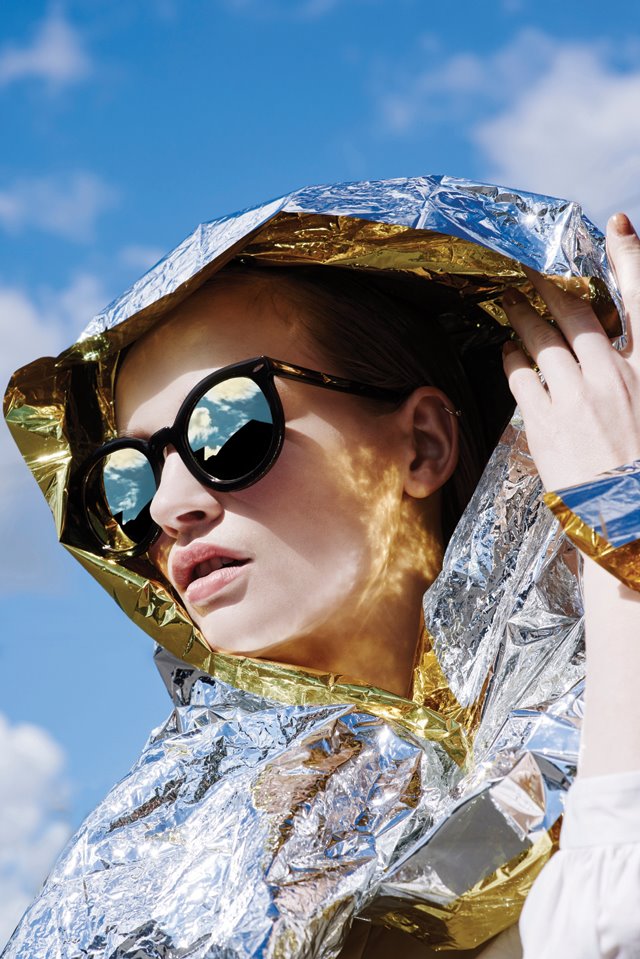 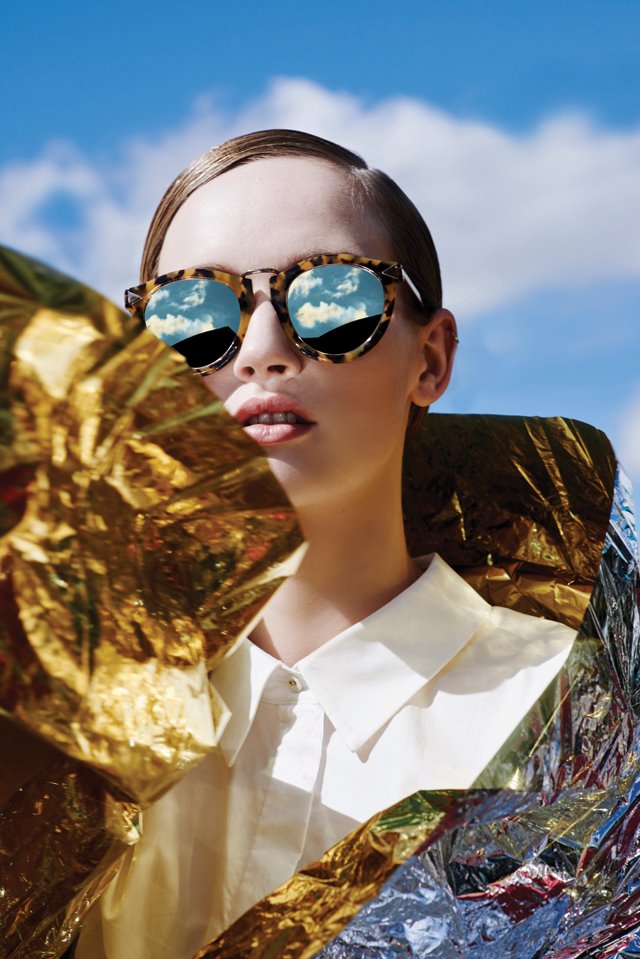 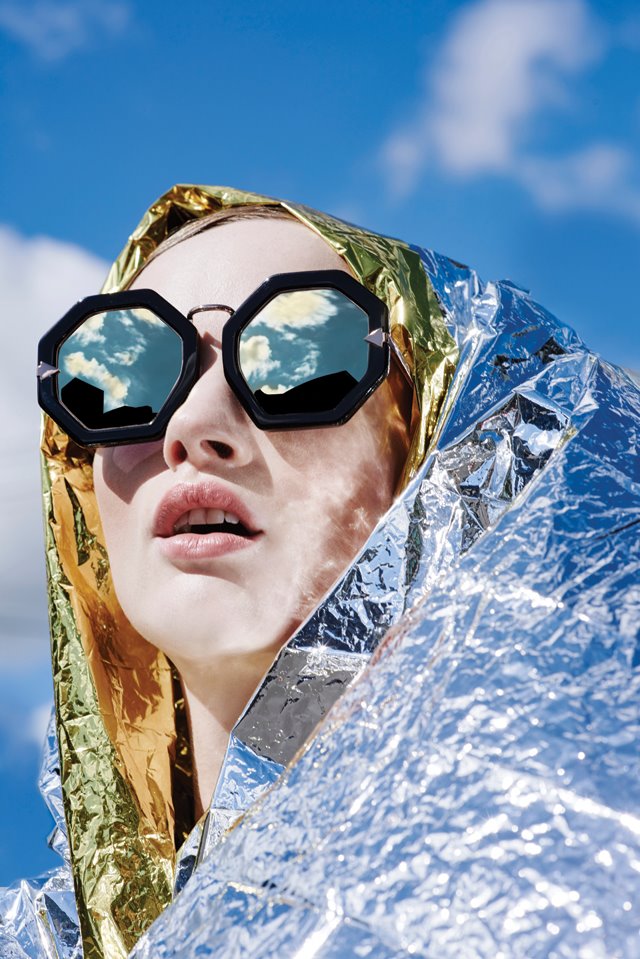 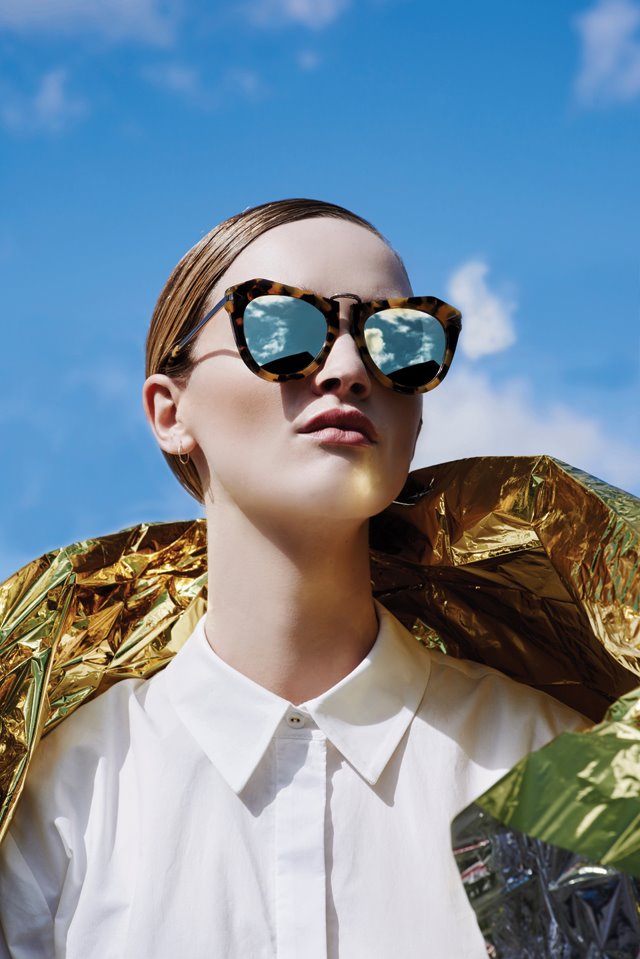 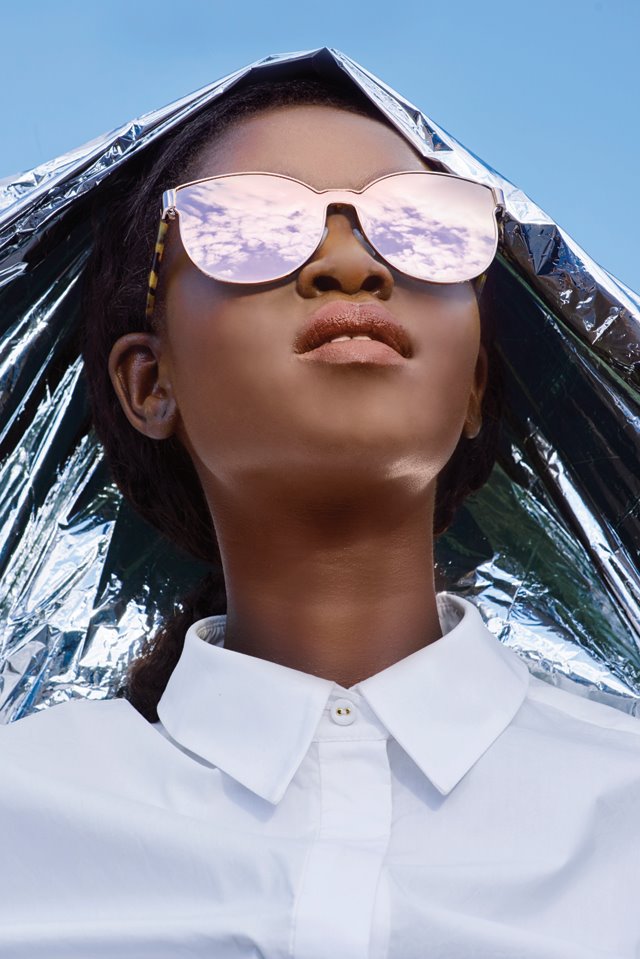 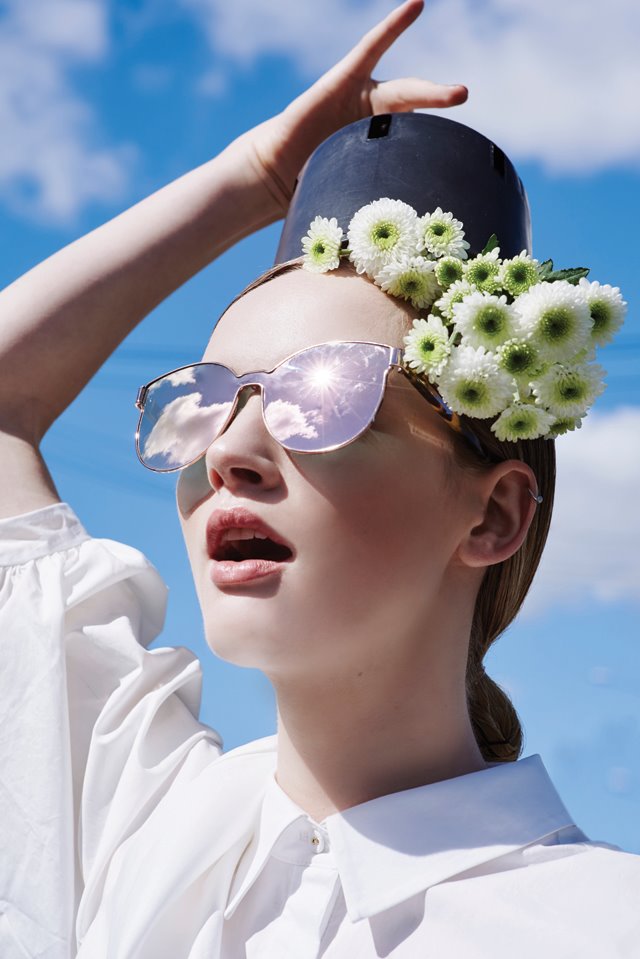 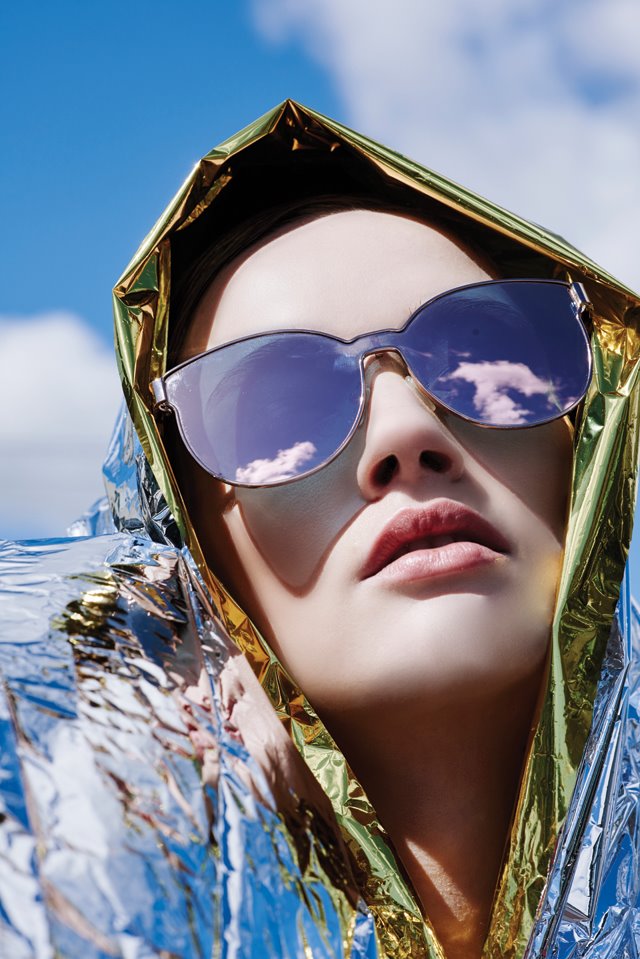