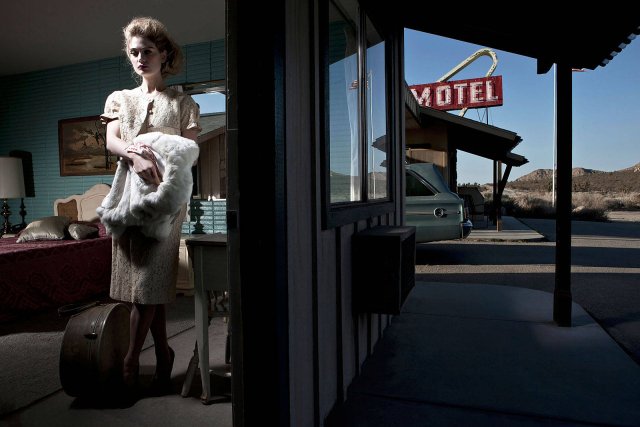 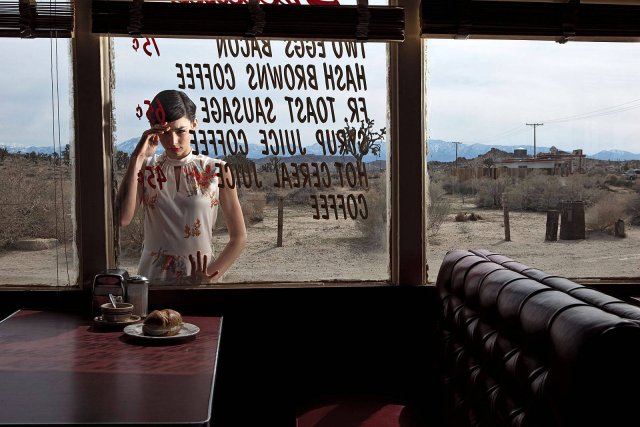 Lumas London, part of the international network of 20 Lumas galleries, will present Formento & Formento: on the Road Again, by B. J. and Richeille Formento, from February 20 to March 10.
The exhibition’s works show ‘beautiful women: glamorous and perfectly styled in surroundings devoid of other people,’ says the gallery. ‘Their faces portray the dramatic emotions of desire, loneliness, even melancholy. Like flickering lights, they pass through fragments of American civilization that once constituted the American dream and its meaningless promises of luxury, mobility and comfort.’
Settings include train stations, petrol stations, motel rooms and diners, in some respects reminiscent of David Machowski’s Route 66 article in the current Lucire 29.
The series of photographs, called Circumstance—America Down on Bruised Knees, took five months’ travel across 25 US states, with 50 models. ‘The glamorously staged beauties appear like vagrants, wandering aimlessly with no particular destination. They reflect, the two artists explain, an “inner landscape” that allows us remember and to mourn. A lost love, a complicated relationship, a great loss,’ says the gallery.
Richeille Formento is a former art director for fashion campaigns including Calvin Klein, Diesel and DKNY. B. J. has worked with Richard Avedon and Annie Leibovitz.
An opening reception takes place on February 19, at which the Formentos will be present.