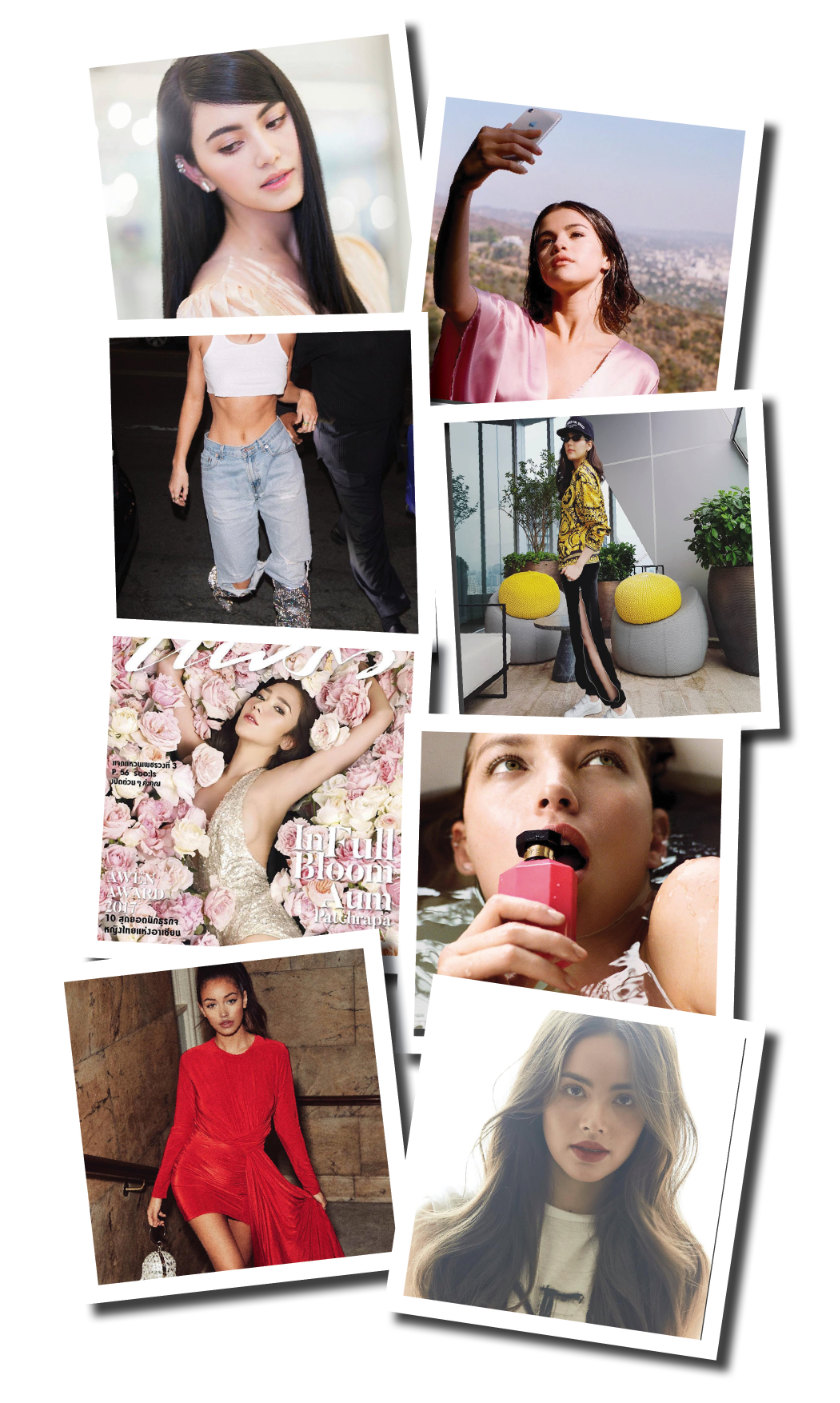 Making headlines this month: Mai Davikha is a Thai actress and celebrity, and the youngest superstar in Thailand. She is the spokeswoman for HM Queen Siriki’s breast cancer campaign, which began in 2017—she shared a modelling photo to her 6·6 million audience.
Selena Gómez is well known as an American singer and actress, and Instagram’s biggest name with 130 million followers. She has released her song, named ‘Wolves’, featuring Marshmello, an electronic dance music producer and DJ, who first gained international recognition by remixing songs. Her photo—of her taking a selfie—is no doubt geared to generate more hits and, potentially, more sales of her single.
Kendall Jenner captured her nightlife and posted her outfit on Instagram to her 84·8 million followers, who are happy to give her likes—almost 3 million of them at the time of writing.
Here’s a face well known to Lucire readers: Araya A. Hargate, or Chompoo Araya to her fans. She’s been modelling Thai luxury womenswear label Vatanika’s 2018 collection, which has recently launched bespoke exotic leather handbags, a long-time personal passion of the label’s designer.
Aum Patchrapa, the Thai actress and celebrity, and the most recognized figure in her country’s fashion industry, with 8½ million followers. She is the best known around east Asia. She was shooting for Thailand’s Praew magazine, with her photos to be published in December 2017 alongside the magazine’s other fashion and celebrity stories.
Stella McCartney, meanwhile, has shared an image to promote her Stella Peony fragrance, modelled by Arizona Muse, and photographed by McCartney’s elder sister, Mary, an accomplished photographer. The fragrance is available via McCartney’s website.
Cindy Kimberly, a young model originally from the Netherlands, has amassed herself 3·7 million followers on Instagram, and landed in London for a week to shoot for the I Saw It First collection, a local UK clothing brand that is currently trendy in fashion and pop culture. I Saw It First offers new styles and sources the freshest in fashion and accessories from major global style hubs.
Urassayas Sperbund, or Yaya, is the youngest actress currently working with Louis Vuitton, and has appeared as a guest interviewer on their red carpet at both a fashion catwalk show and a watch collection launch. Here, she’s been promoting Pantene Thailand, wearing a shirt by designer Al Ruth.—Kamonchakrie Saehung