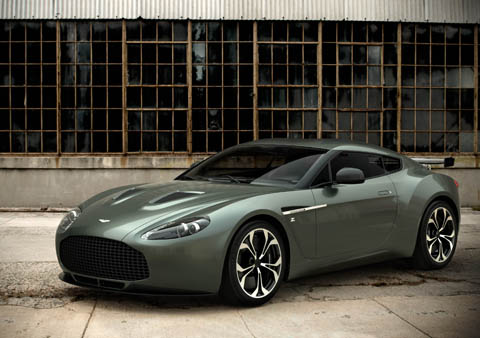 The ﬁrst production Aston Martin V12 Zagato will début at the Kuwait Concours d’Élégance on February 15–18, the company announced today.
The V12 Zagato is the latest collaboration between the famed English ﬁrm and the Italian styling house. The ﬁrst DB4 GT Zagato, of which 19 were made, was introduced in 1960, with subsequent limited-edition collaborations based around the V8 in the 1980s and the DB7 in the 2000s.
The latest model is based around the Aston Martin V12 Vantage, but has a distinctive aluminium and carbonﬁbre body and a bespoke interior.
Aston Martin will hand-build 150 V12 Zagatos, with the ﬁrst customers taking delivery at the end of 2012. Assembly will be at Gaydon. The ofﬁcial price is £330,000, excluding local taxes.
The six-litre V12 engine generates 517 PS (380 kW, 510 bhp) with a maximum torque of 570 Nm (420 lb ft).
Dr Ulrich Bez, Aston Martin CEO, said in a release, ‘Over 50 years since the introduction of the iconic DB4 GT Zagato, Aston Martin and Zagato have collaborated to create this modern interpretation which remains true to the original focus of craftsmanship, performance and exclusivity.’
The V12 Zagato was shown as a prototype in May 2011 at the Villa d’Este Concours on Lake Como, and won the Design Award for the concept and prototypes’ class. The two prototypes were subsequently entered into the Nürburgring 24-hour race (below).
The Kuwait Concours d’Élégance is now in its third year, hosting vehicles from over 19 countries. A privately owned DB4 GT Zagato is expected to appear at the Concours. 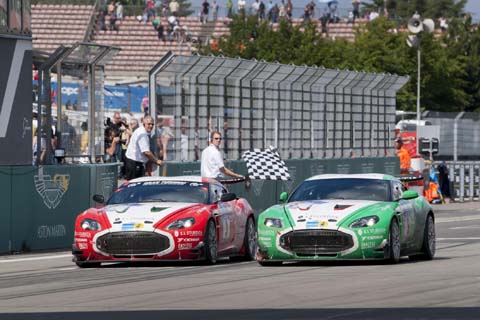