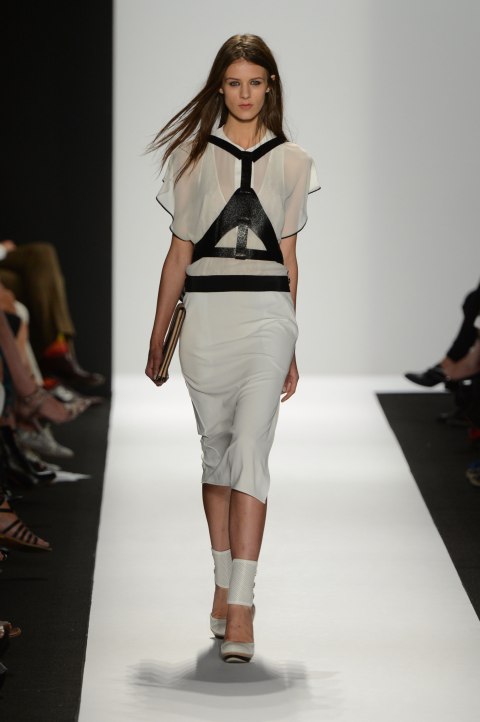 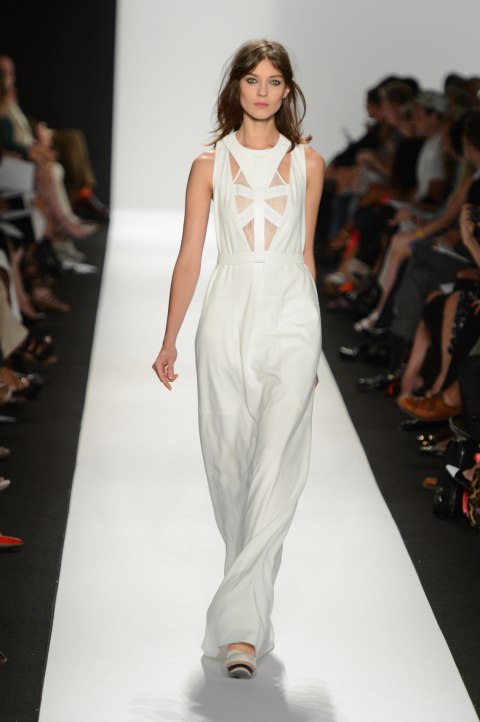 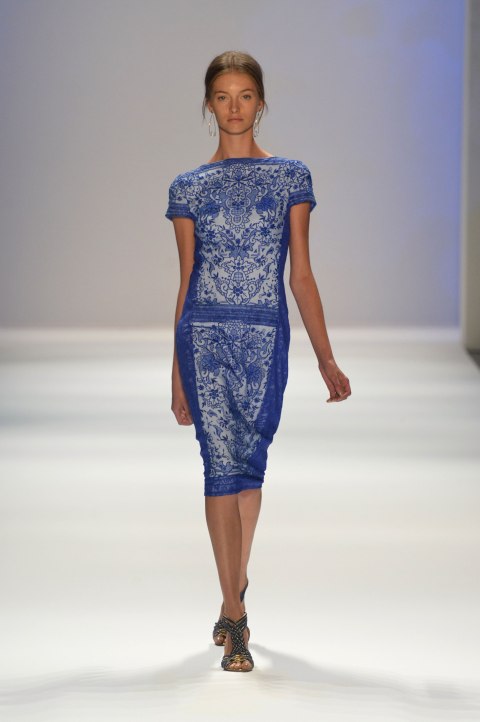 For those who missed Lucire’s live streams from New York Fashion Week, we have video highlights from day one—as well as a comprehensive report coming after the week. (Also remember that there are live Tweets from co-editor Joseph Ungoco in the Lucire account.)
Nicholas K.’s Soylent Green-inspired collection highlighted the current mood for organic style, minimalism and simplicity—yet we reside in a technological world. BCBG Max Azria kept its spring–summer 2013 largely monochrome and classically designed—in a very enjoyable, pleasing collection. Kaelen, meanwhile, found her inspiration from Jean-Paul Goude’s portraits of Grace Jones, and came up with an ’80s vibe—updated for 2013.
Also exploring retrofuturism was Richard Chai, with hints of the 1960s; while newly founded (2011) Monika Chiang’s ‘luxe athleticism’ took its inspiration from South Africa, mixing to good effect formal and casual, and narrow and loose—in fact, she may have hit the early 2010s’ consumer’s eclecticism and unwillingness to be put into a box dead-on.
Beautifully, Tadashi Shoji created for celebrity once more, with east meeting west, and silks, lace and tulle, in shades of reds, blues, and neutrals. Chadwick Bell also hit upon a sort of retrofuturistic chic, with ethereal dresses and a feeling of the space age.

The Art Institute of NYC