Absolut Vodka’s latest limited-edition bottle pays tribute to one of the greatest pop culture icons of all: Andy Warhol.
Warhol was the first artist to create an original artwork for Absolut in the 1980s, for an advertisement simply titled, ‘Absolut Warhol’. The image has become iconic and arguably helped make the Absolut bottle recognizable to a very wide audience.
Michel Roux, the CEO of Carillon, which imported Absolut into the US, came up with the idea to link Warhol with the bottle.
The new bottle follows Warhol’s design, and is now available in New Zealand, retailing at leading liquor retailers for NZ$55·99 for 1 l.
The Swedish-founded vodka company now has over 800 pieces in its Absolut Art Collection, after kicking off its collaboration with Warhol. It has collaborated with Keith Haring, Damien Hirst, Louise Bourgeois, Jean-Michael Basquiat, Sylvie Fleury, David Shrigley, Annie Leibovitz, Hung Tung Lu, Dan Wolgers, Linn Fernström, Spike Jonze, Swedish House Mafia and Icona Pop. The collection is housed in Sweden.
The limited edition has the blessing of the Andy Warhol Foundation, which it will benefit. Michael Hermann, its licensing director, said in a release, ‘The Foundation is delighted to celebrate the launch of the Andy Warhol Edition, with a portion of the proceeds going towards the Foundation’s endowment supporting contemporary visual arts. While Warhol’s profound influence is uncontained we applaud Absolut for bottling his creativity.’
‘With this limited edition, we raise our glasses to honour the partnership between Absolut and Andy Warhol—a collaboration that kick-started Absolut’s long-standing commitment to art and creativity,’ said Kathryn Love, marketing manager for Absolut in New Zealand.
Absolut has launched an online campaign where visitors can re-create the painting using their own coloured image, at www.facebook.com/absolutnewzealand, before November 28. One of five Absolut by Warhol prints are up for grabs via the website. 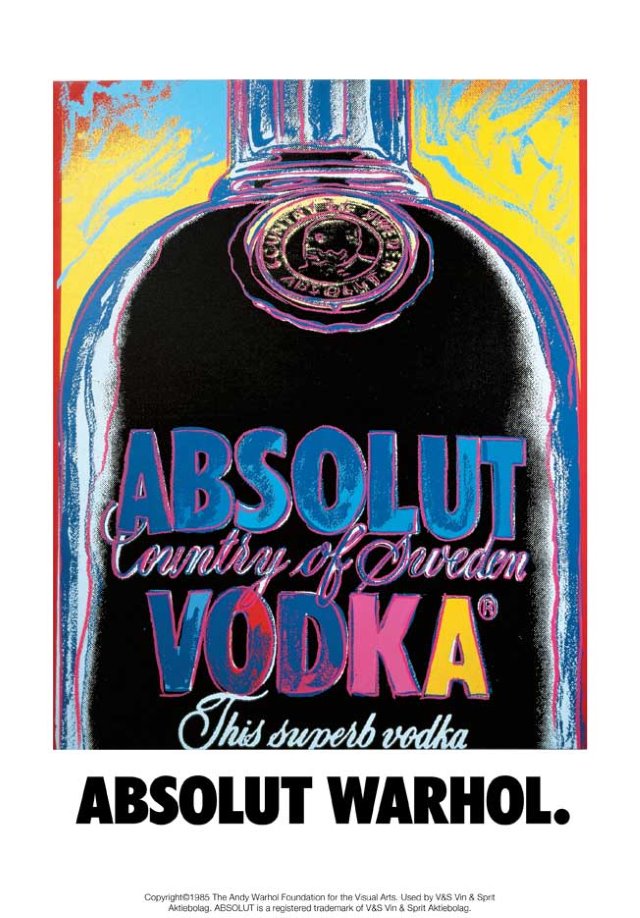