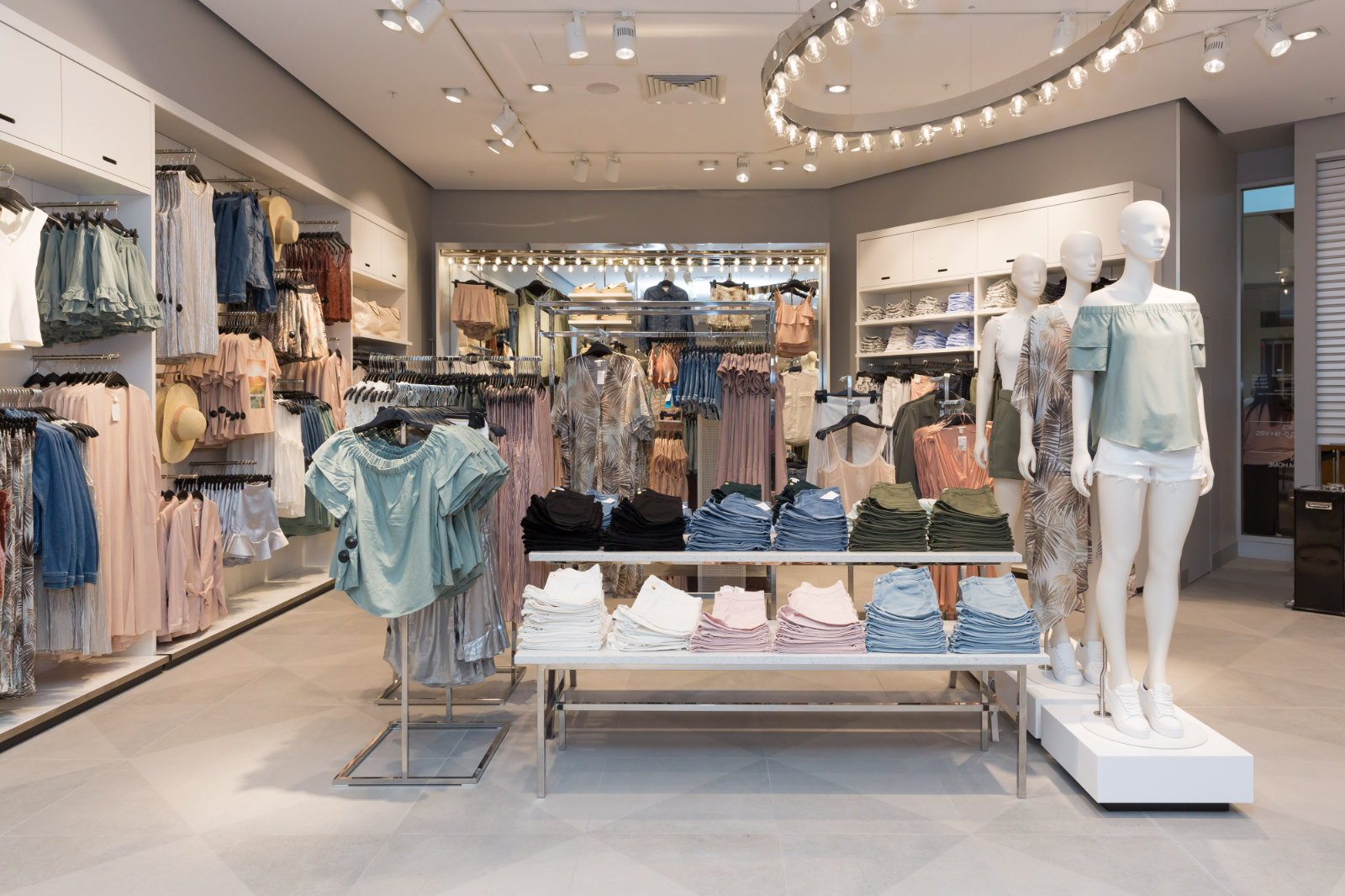 Tuesday, 10 a.m.
Had a bit of a grumble about a PR company to our fashion ed. Sopheak Seng, because we received a press release telling us to observe a strict embargo date. Except the embargo date was yesterday. I suppose it’s better than a release touting a brand-new product when you know that product was released three months ago, another mistake “professionals” make. We have a web edition, people, and our audience knows it’s out. They’re already on the internet. And there’s not much use for the item in print with the longer lead time.

Wednesday, 2 p.m.
Drove out with Sopheak to meet Daniel Lattemann, H&M’s New Zealand sales’ boss. Thoroughly nice guy who was delighted I asked him, ‘Wie geht’s?’ but disappointed that that was the sum total of my German other than the opening narration on Alarm für Cobra 11 and motoring terms so I can read Auto, Motor und Sport. We felt privileged to get a preview of the store from Daniel and H&M’s PR exec, Kiri O’Brien.
What didn’t make it into the story: we told Daniel that there used to be another store called H&M in Wellington, totally unrelated to the more famous one, and not standing for Hennes & Mauritz. Happily for the Swedes, that one ended trading at the turn of the decade. No market-place confusion then. (I used to love showing Swedish visitors there, who would pose pointing at the “impostor” sign looking puzzled.) 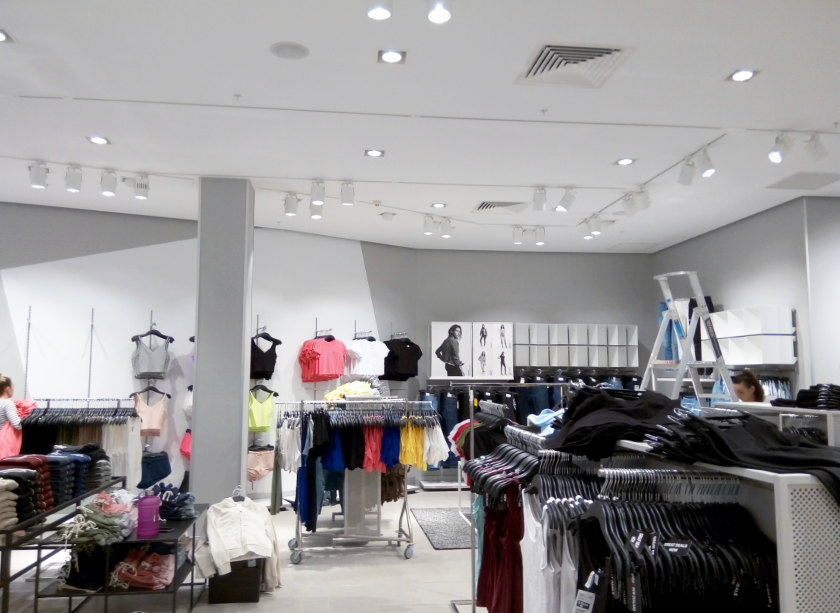 Above: H&M Queensgate, T minus 20 hours. It’s not going to be empty for long …

It was far better handled than another store launch of a global brand in Wellington, I remarked to Sopheak on the drive back. Neither of us was terribly surprised about the fate of that other place, which effectively wound up paying us (in vouchers) not to write about them. Our prediction for H&M: it’ll do well. For a start, the stock was right: it was identical to H&M’s offerings abroad. The prices are right. The other place looked like it had cast-offs that didn’t sell in its other markets. For double the price. Advantage: H&M.

Wednesday, 4 p.m.
Hoped to meet one of our former team members, Lisa Evans, during her visit to Wellington, but our schedules didn’t align. There wasn’t that much time between her landing at Wellington Airport and our scheduled coffee time. I waited till 4.53 p.m. I returned to the office to find she had emailed me back at 4.54 p.m. (I don’t read emails while driving). And no, we hadn’t exchanged cellphone numbers since email worked well enough—even if our schedules didn’t. 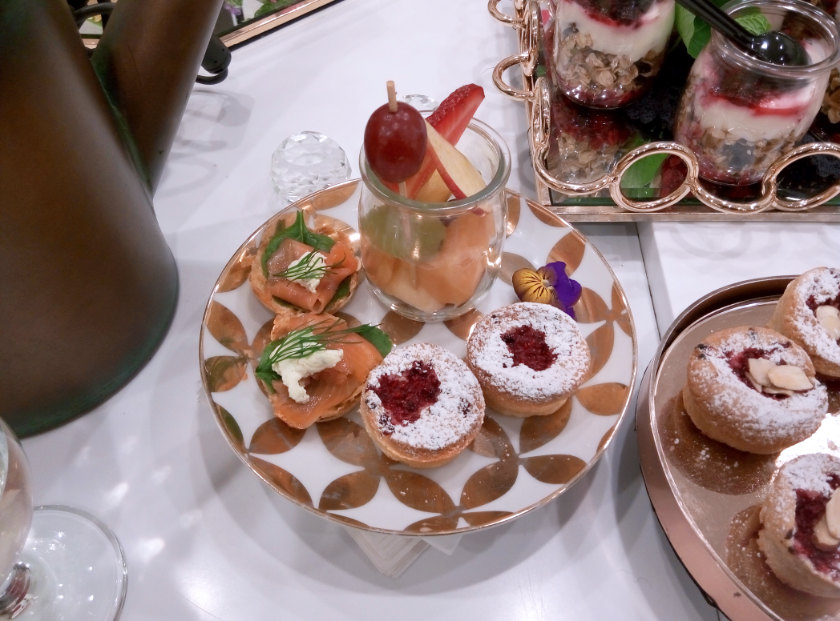 Above: How can you not love the Body Shop when they have a plate for you made to your specific dietary requirements? 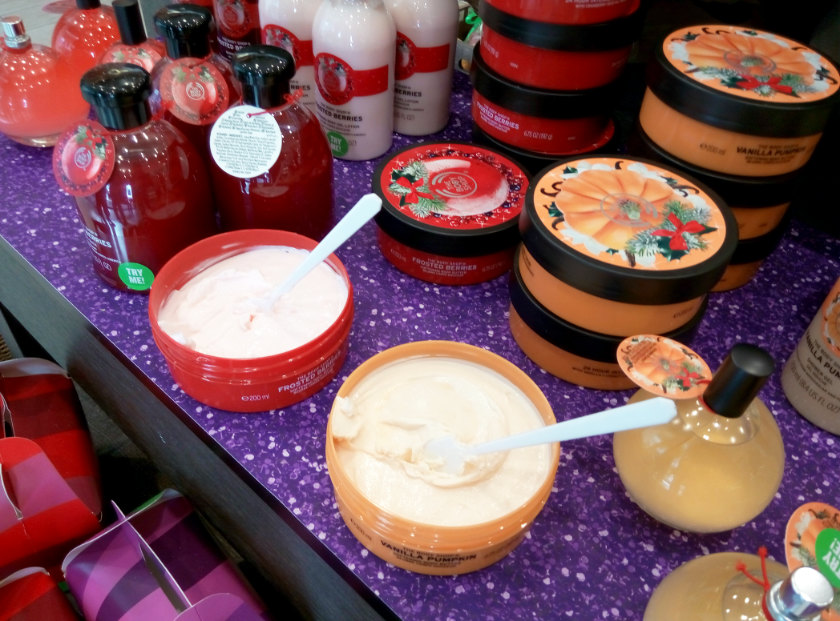 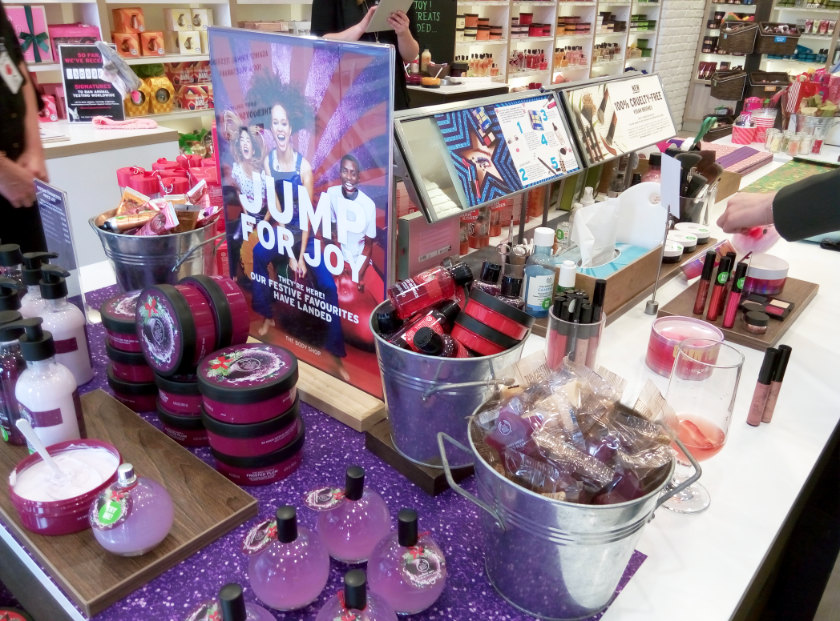 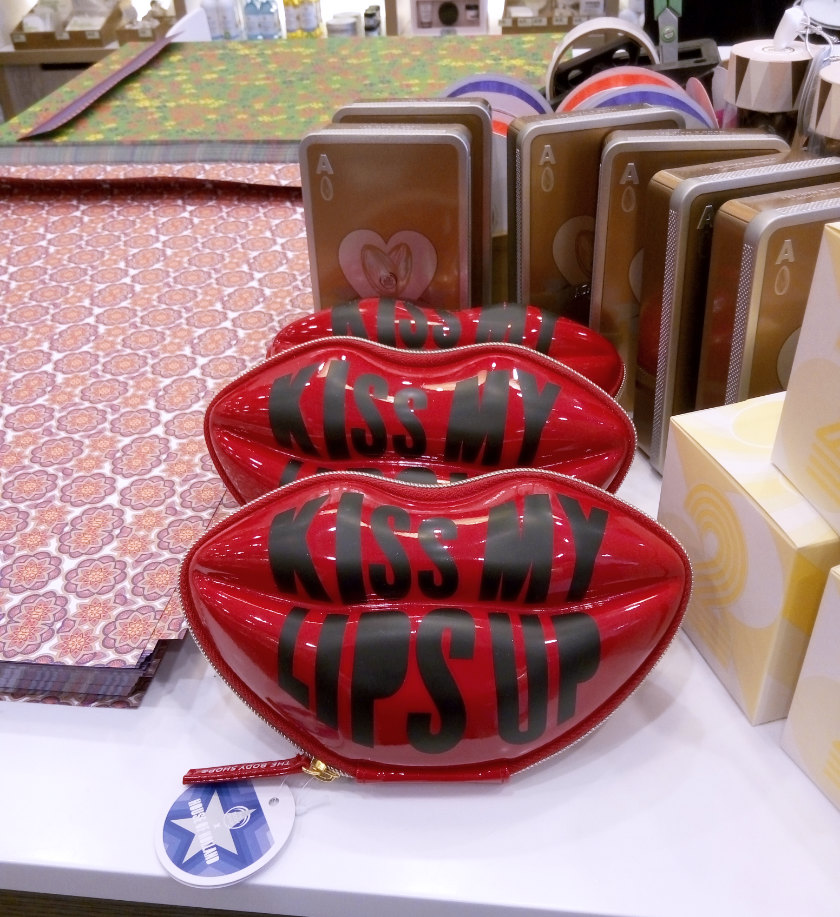 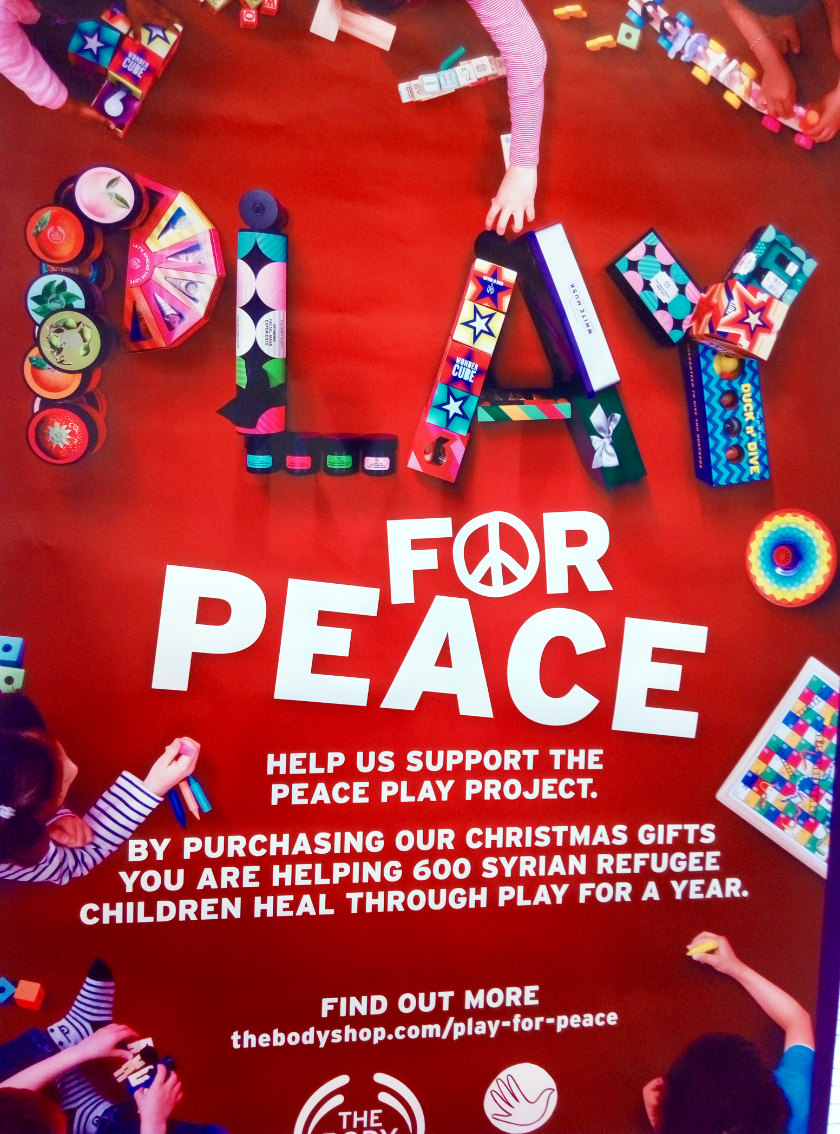 The Body Shop invited us to check out its Christmas collection. ‘Forget adulting, switch off, slow down, and make time to play’, it said. Wonderful event hosted by the Body Shop’s thoroughly professional and friendly Ashleigh Romanos, who showed the festive favourites we’ve covered in Lucire. And we also got up close to some of the clever Christmas packaging (a box turns into a six-sided die, for example), double-sided Christmas wrapping paper, and limited-edition packaging designed by House of Holland. We signed the petition against animal testing (we might have known about it before the public, but sometimes we don’t get a chance to visit and do these things), and what we also loved was the Peace Play Project. By purchasing the Body Shop’s Christmas gifts, you’re helping 600 Syrian refugee children heal through play for a year. Head to thebodyshop.com/play-for-peace.
What we noticed: the relief that the Body Shop now has being part of Natura rather than L’Oréal. It’s a better fit for the brand, and should embolden the company’s CSR efforts.
If you follow Sopheak, you’ll have noticed his Instagram Stories going live. Me, I prefer to wait till I’m sitting back and writing long-form. Between us we have this covered. 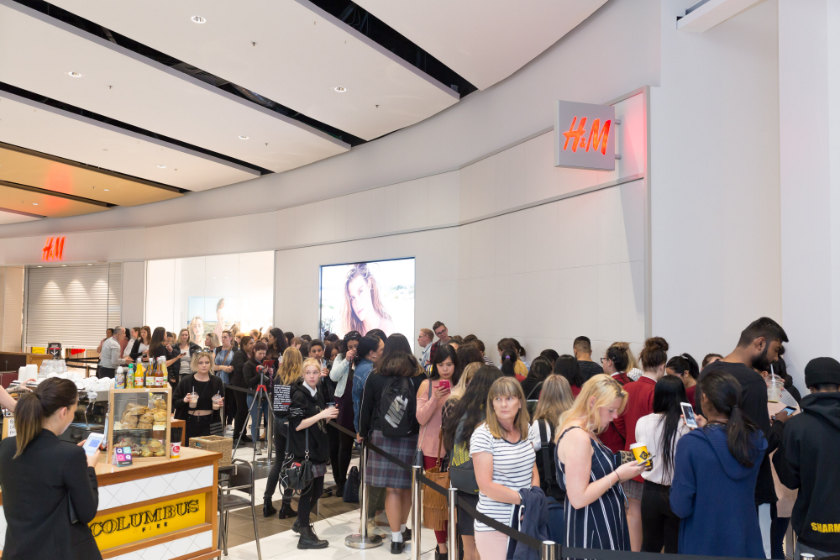 Above: The queue begins outside H&M. 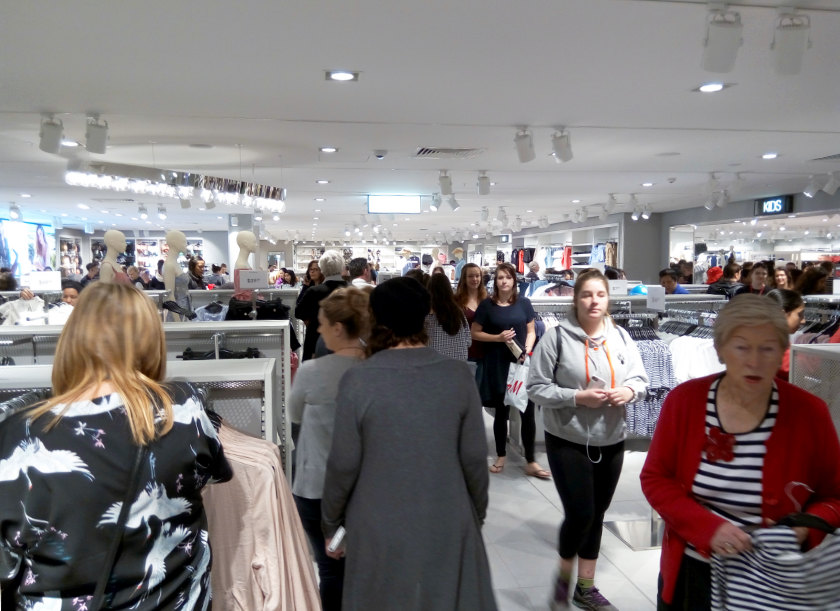 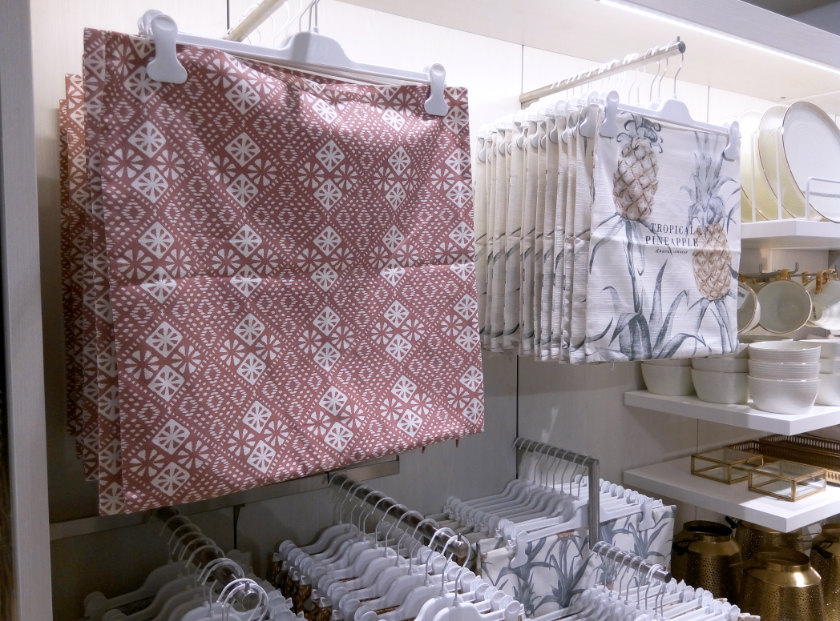 Above: Inside the women’s and Home departments at H&M’s Queensgate store north of Wellington City.

Sopheak said he really wanted to see what the crowds were like with H&M’s Wellington launch, which we had to miss because of the Body Shop. Undaunted, we headed out, arriving at 10.30 a.m. ‘Lucire, daring to report where others don’t. We take you into the action,’ I quipped. The place was abuzz all right, with extra parking guides pointing you to the second level, and the womenswear and childrenswear departments crowded. Sops and I spied interior items: he for a present and I for my home. Plain white shirts going for NZ$10. And a great linen blazer for NZ$89·99. We’ll be back: there’s enough stock and the crowds could thin out. But we expect Saturday and Sunday to be even crazier.
I posted to our Facebook, after discovering the social media site was completely useless. We had set preview shots of the Queensgate store to run at 7 a.m. NZDT—we had agreed with H&M that they would go off in the morning. Nada. Facebook not only didn’t run them, the draft was nowhere to be seen. Lesson: don’t set the timer on Facebook posting via your phone.
Add another black mark against a site that so regularly fails: a lot of Facebook’s previews to our articles take readers to completely the wrong page, or non-existent pages altogether. But the accepted wisdom is we should share to social media, just as we used to share to Digg. The names change, the process stays the same, except Digg was more reliable 10 years ago than Facebook is today.

Thursday, midday
Travel ed. Stanley Moss is still up and we’re discussing an article where we asked a retailer for comment. They promised it by a certain time—their own deadline. Which they missed. But it is midnight in Italy so our convo had to come to a close. The work perk from Stan today: an invitation for lunch aboard another luxury cruise liner that’s docking at Aotea Quay, Wellington in November. More soon, but I happily accepted on behalf of Amanda and myself. This job might be a tough one, but it’s nice to get the pleasant experiences courtesy of a very generous team. 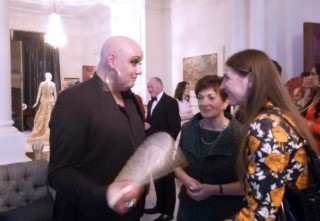 Stopped to watch Radio New Zealand’s live video coverage of newly sworn New Zealand prime minister, the Rt Hon Jacinda Ardern, giving a speech outside Parliament. (What a shame that I couldn’t find the same video on RNZ’s YouTube, and its news report on Checkpoint used stills.) It’s worth noting that in the country that was the first to give women the vote that all branches of government are led by women: our Governor-General, HE the Rt Hon Dame Patsy Reddy (who hosted a wonderful soirée a couple of weeks ago for my friend and Government House artist-in-residence Lindah Lepou, above right), our chief justice, the Rt Hon Dame Sian Elias, and now our PM. It is not the first time in our history that that has been the case. Three of the last five prime ministers have been women, so if you’re a young adult at university today, you’ll have grown up with the idea that women tend to occupy this spot more regularly than men. You’ll also accept that the chief justice has been a woman as far back as you can remember. We haven’t achieved equality between the sexes yet—far from it—but we’ve shattered some major glass ceilings.—Jack Yan, Publisher 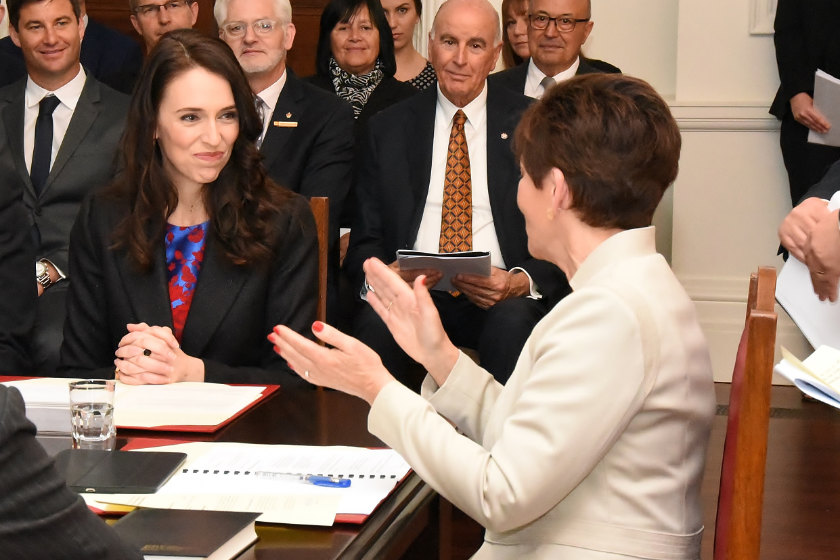