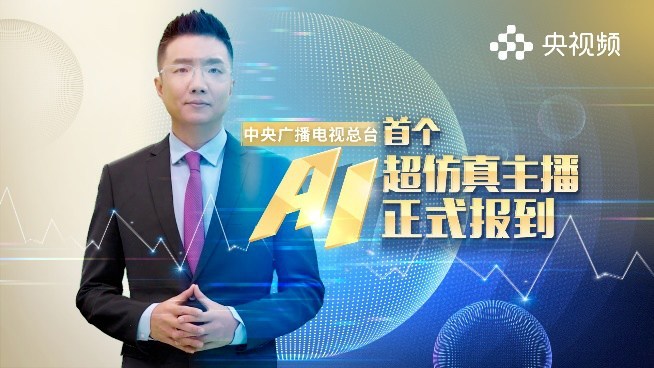 It’s Max Headroom in real life, but at a far more sophisticated level: the People’s Republic of China’s state TV channel CCTV says it has an AI anchor called Wang, who will appear in one of its programmes in March.

Wang will be used in news and economy programmes on the channel this year.

Wang is a three-dimensional AI model.

The technology learned a person’s voice, accent and gestures through hundreds of sentences of recorded video, and the AI person can read a script as though they were the original human.