Last night, the nominees for Lucire’s Car to be Seen in 2008 were announced:

Look, ma: no minivans or SUVs. These still have not distinguished themselves, in our book. One looks much the same as the other—except for the Volvo XC60, which we hope to see in production form in 2008. 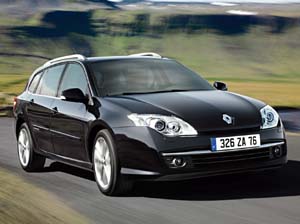 I had wanted the Renault Laguna (above) to make it, but the divisive styling has seen to its omission. Pity: the 5·5 l/100 km (55 mpg Imperial) dCi model sounded just right for our fuel-sensitive times. It’s not often such a big car comes with a tiny 1·5 litre engine.
Still, out of the six nominees the ﬁnal award should still be hard-fought.