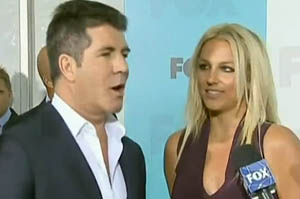 If reader stats are anything to go by, more people came to our X Factor USA judge announcement story because of our mention of Nicole Scherzinger than any member of the panel.
But there is more from ITN. Simon Cowell said he ‘charmed’ Britney Spears into joining the panel, with Spears responding, ‘He’s adorable. He didn’t have to try hard.’
She continues, ‘Really just being able to be there and to inspire the other contestants, and they’re so young, and they’re trying to fulfil their dreams, it’s just a whole beautiful concept. So being able to be a part of this is really cool.’
A presenter has not been announced for the second season show.
Lady Gaga, meanwhile, continues her Born This Way Ball tour in Asia. In Japan, Gaga wore a dress made of mirrors, while at Songshan Airport, Taiwan, she wore a neon green cutaway dress with purple sunglasses.
She is in Taiwan for a two-day concert tour. 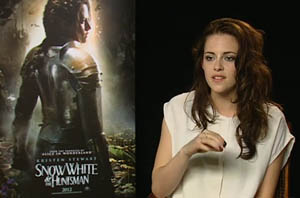 However, Gaga will not head to Indonesia after the government there turned down her visa after pressure from Islamic groups who were concerned about her style.
Finally, Kristen Stewart speaks on her new film Snow White and the Huntsman. The Twilight star joked that she only accepted the role because she got to kiss both leading men. The film also stars Chris Hemsworth, Sam Claflin, Charlize Theron, Ray Winstone and Ian McShane.