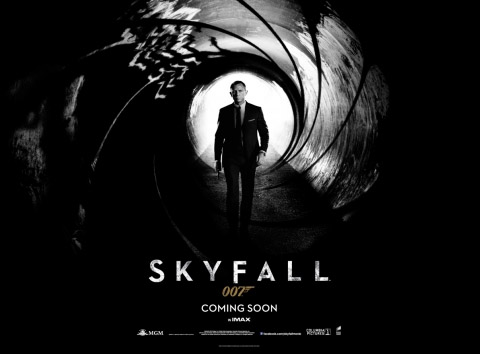 After a double-bill of Dr No and Casino Royale at the Festival de Cannes last Thursday, today Bond fans can look to the future as the trailer for Skyfall, Eon Productions’ 23rd entry in the cinematic spy series, is released.
This year marks the first time Bond films have been shown at the Festival de Cannes, with the screenings of earlier films taking place till Wednesday, May 23.
Bérénice Marlohe, one of the two new Bond girls, will introduce the Skyfall trailer. She will be joined by former Bond girl Martine Beswick, who featured in From Russia with Love and Thunderball. Beswick will introduce the screening of From Russia with Love at the Cinéma de la Plage. On Her Majesty’s Secret Service and Diamonds Are Forever are to follow.
All the previous 22 Eon Bond films will appear on Blu-ray later this year in a collectible box set called Bond 50.
The trailer for Skyfall will also appear at 007.com at 8.30 a.m. BST today.