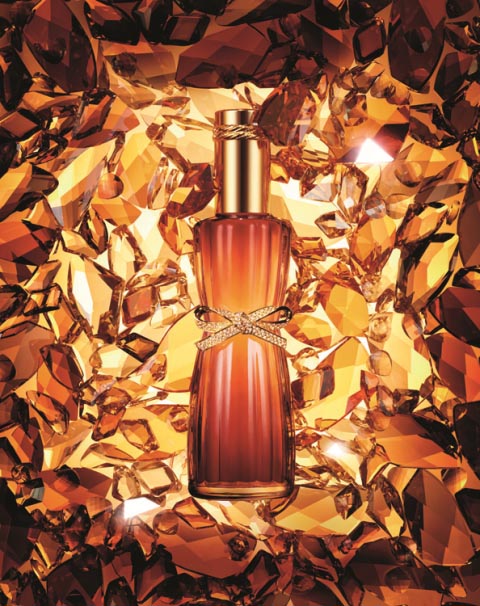 Estée Lauder will release a limited-edition bottle for its Youth-Dew scent to commemorate its 60th anniversary next year.
The company, which says that Youth-Dew was ahead of its time and is as relevant today as when it was introduced, calls it a ‘sexy’ scent.
The new limited-edition bottle, in a 67 ml (2¼ fl oz) size, will be available from mid-March exclusively at Belk, and Belk.com, for US$50.
During her lifetime, Lauder herself said, ‘I created Youth-Dew as the first bath oil to double as a skin perfume. I knew that would appeal to women. And it suits my “philosophy” of fragrance, as well: magnificent scents should not be doled out stingily, but like love, be given abundantly.’
Lauder also said, ‘It is Youth Dew’s unabashedly sensuous aura that made it an international favourite. After all, women still like to feel beautiful, pampered and loved. And that’s what Youth-Dew is all about.’
Estée Lauder Youth-Dew turned the original fragrance-buying model on its head, convincing women that they could indulge themselves, rather than wait fore a scent to be gifted.
The development, says the company, began with a scent that Estée Lauder’s mother kept in their home, which had been created by her uncle for a Russian princess. Lauder purchased essences to rework the fragrance and experimented over months to get a scent that matched her vision.
Being a bath oil as well as a perfume meant that women could purchase Youth-Dew for themselves.
The scent has a top note of Bulgarian rose and jonquil with lavender blossoms, chamomile flowers and bergamot. At the heart are jasmine and muget with ylang ylang and carnation. At the base are patchouli, vitiver and sandalwood. 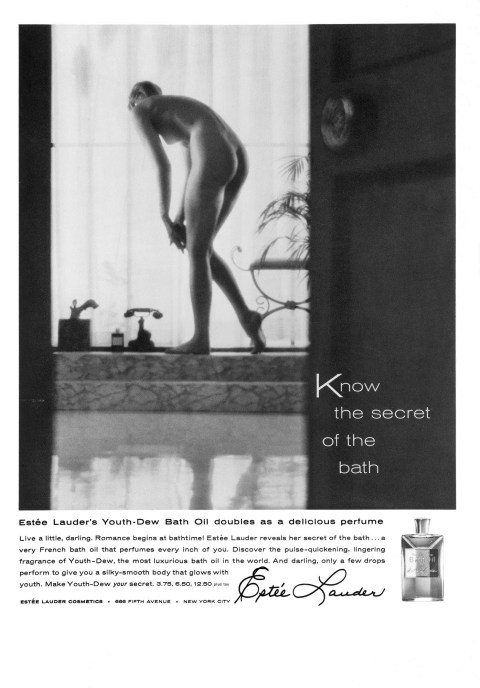