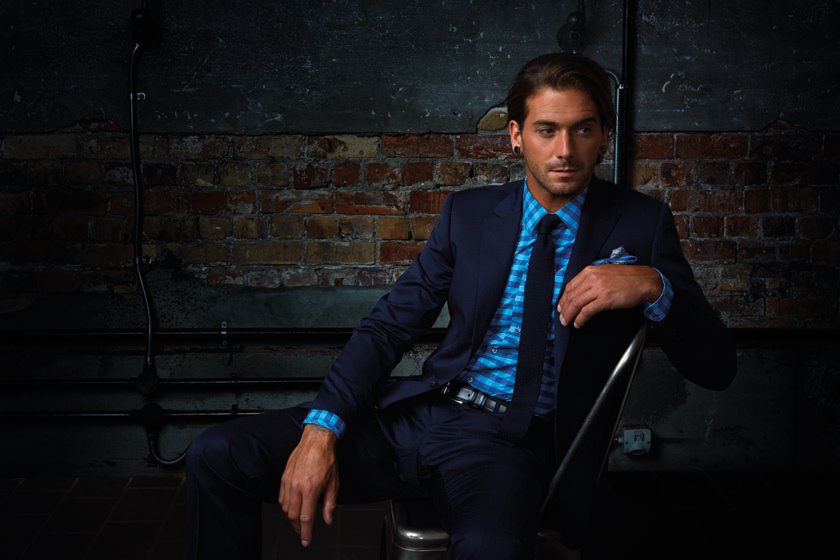 Top Rembrandt is in a blue mood for winter. Above Wayward Heir takes on a indie musical inspiration for the season.

Rembrandt and Wayward Heir have launched their autumn–winter 2014 collections, available on- and offline.
Rembrandt has a blue mood, with refined tailoring, including a blue dinner jacket to help men stand out this season. Designer Jonathon Hall says the blue ties in with the season’s key fashion colours of burgundy and earthy brown.
The label says its other key pieces are the Cooper jacket and Lotus trousers, in blue Reda Italian merino, and the navy and red Caxton jacket. The emphasis is on warm, soft looks for the season, with a slimmer fit in the Lewis and Cornwall jackets, and the Astor trouser.
Wayward Heir, meanwhile, has a musical inspiration from indie, garage, punk and contemporary music in its An Heirful collection.
Its press kit included a cool electric guitar lapel pin from the range, and an LP with a Beatles-like logo—although playing the LP we were entertained to the sounds of Strauss waltzes for the afternoon.
But it’s the fashion that speaks greater volumes and designer Suzanne Roff says there’s a Pete Doherty moodiness to her winter ’14 vision.
There are vintage tweed checks in the Proto jacket and blue flannel for the peak-lapelled Milano-Punk skinny suit. Wayward Heir also has a slim-fit double-breasted jacket which it dubs Carnaby, and narrow is the order of the day with the Punk trouser and Garage jean. Prints feature images of cassettes and ghetto-blasters, and there’s under-collar guitar embroidery on jackets and suits. 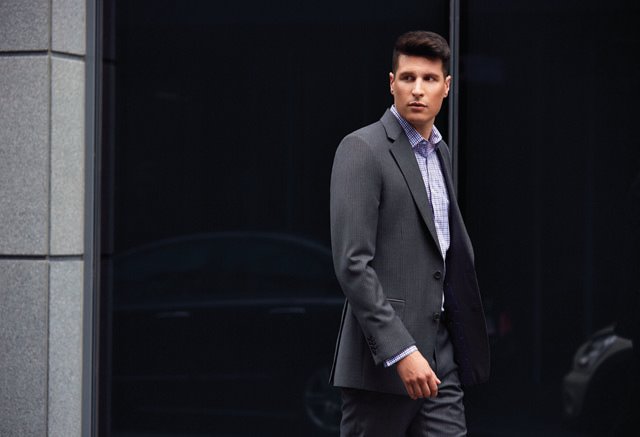 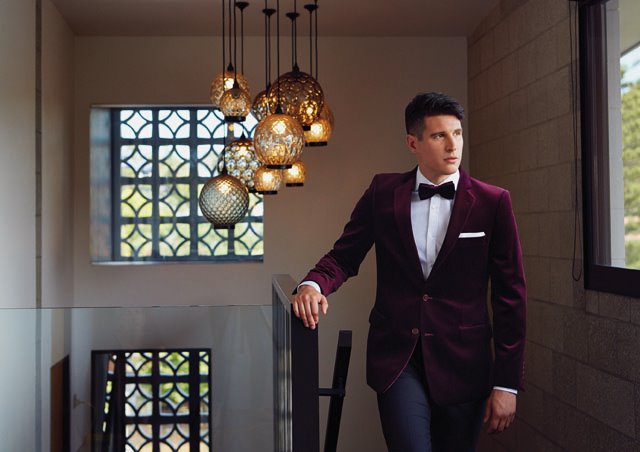 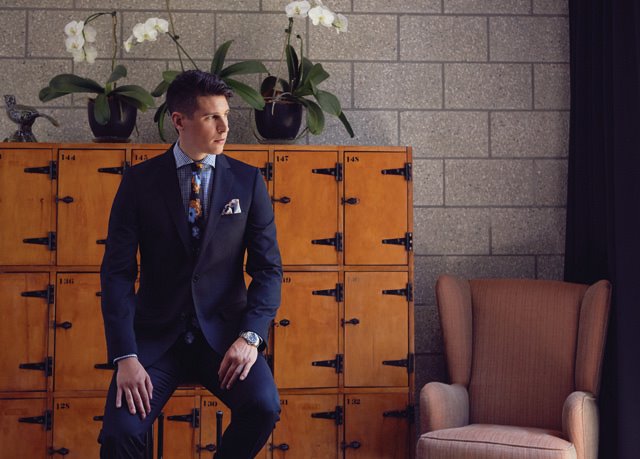 Above Looks from Rembrandt’s autumn–winter 2014. Below Wayward Heir has a modern, youthful style. 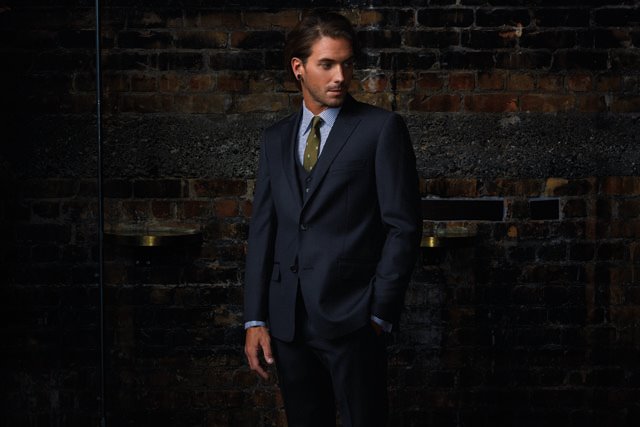 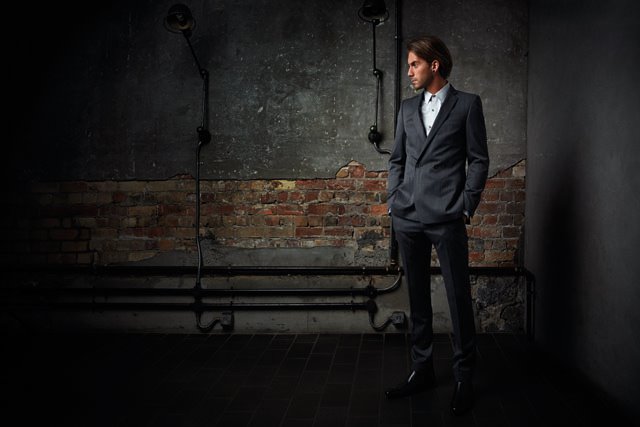 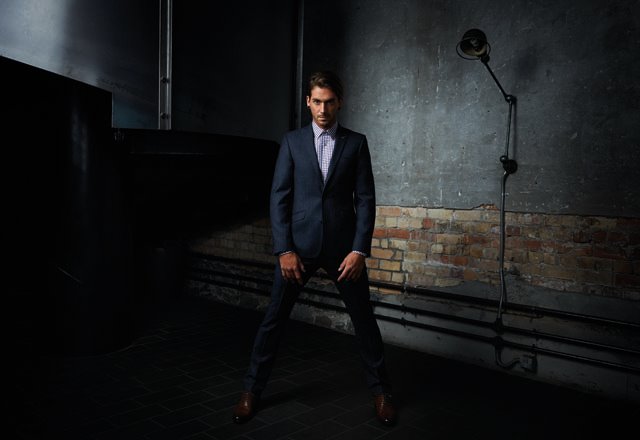