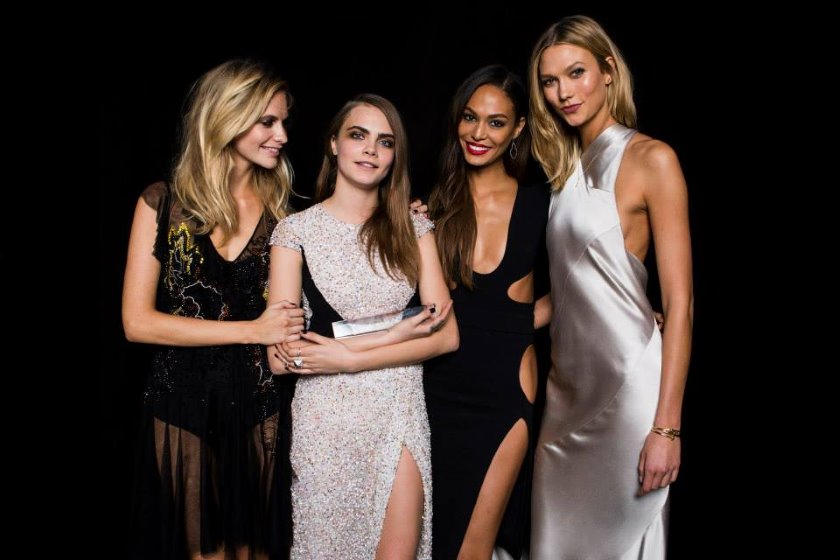 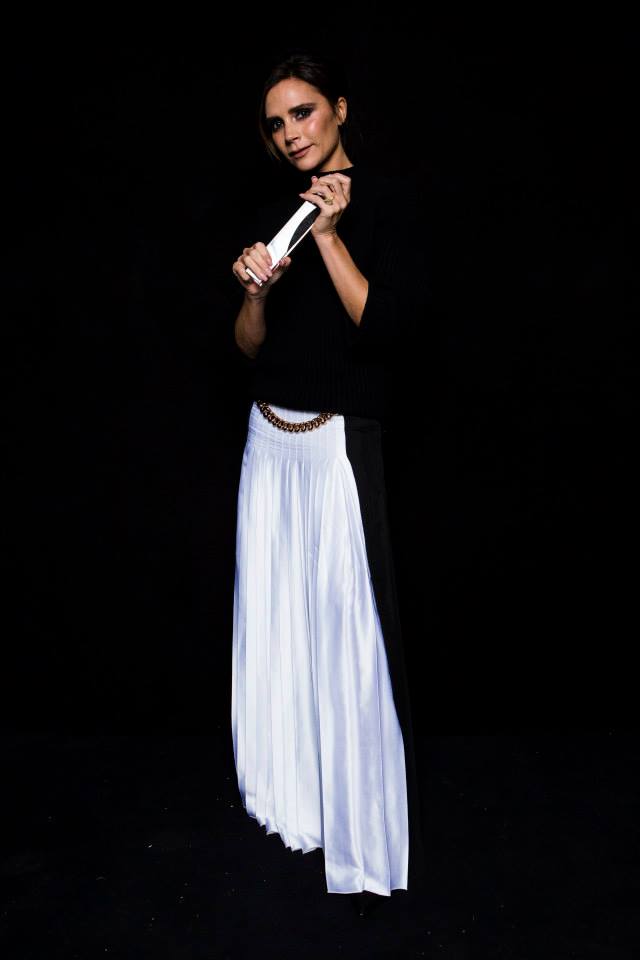 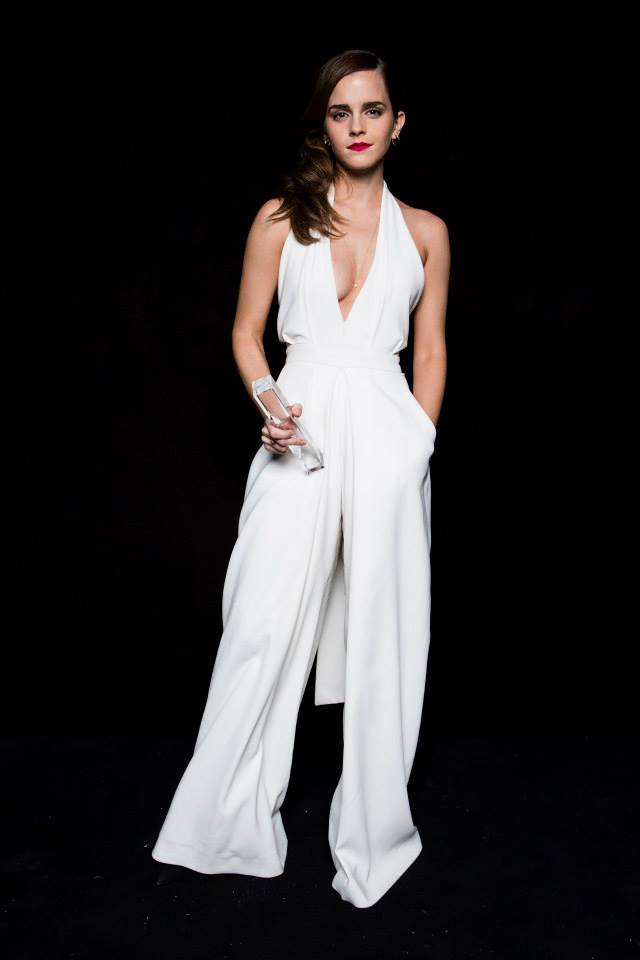 Before an audience of 2,070 at the London Coliseum, the 2014 British Fashion Awards have seen Erdem and J. W. Anderson take out the coveted prizes of Womenswear Designer of the Year and Menswear Designer of the Year respectively. Anya Hindmarch was named the Accessories’ Designer of the Year.
Actress Michelle Dockery, racing driver Lewis Hamilton, and models Karolína Kurková and Eva Herzigová, presented the much-awaited top three awards of the night.
Actress Emma Watson won the British Style Award in a public vote (based on 3,000 participants), as the individual who best embodies the spirit of British fashion and is an international ambassador for London as a fashion capital. Harry Styles presented her award.
Celebrity presenters on the night included Kylie Minogue, Naomie Harris, Anna Kendrick and Jeremy Irvine, Liya Kebede, John Galliano, Charlotte Gainsbourg, Naomi Campbell, Suzy Menkes, OBE, Karlie Kloss, Joan Smalls and Poppy Delevingne, Kate Moss, and Rita Ora and Nick Grimshaw.
Victoria Beckham was named the best brand, recognizing her work in distribution, retail, campaigns and ecommerce.
Cara Delevingne became the Model of the Year, while the Alexander McQueen brand took home the Red Carpet Designer award for creating global awareness of its designs in the media. Sarah Burton collected the award for the Alexander McQueen label from supermodel Moss.
Preen was the awarded Establishment Designer of the Year with her work in global retail and ecommerce, while Simone Rocha was named the New Establishment Designer, for her impact on the industry.
Of the awards named earlier, Vogue editor-in-chief Anna Wintour, OBE, was given the Outstanding Achievement Award for her contribution to the industry. W fashion and style director Edward Enninful won the Isabella Blow Award for Fashion Creator, and Chris Moore won the Special Recognition Award for his six-decade-long career and contribution to the industry.
Names to look out for are Marques’Almeida, which won the Emerging Womenswear Designer award, Craig Green, the Emerging Menswear Designer winner, and Prism, the Emerging Accessory Designer winner.
Nicolas Ghesquière, for Louis Vuitton, was recognized as the non-British designer who helped shape the fashion industry in the past year both in the UK and internationally, with the International Designer award.
Louis Vuitton was recognized for its advertising in 2014 with the Creative Campaign award.
The late Prof Louise Wilson of Central Saint Martins was also honoured in a special tribute, with looks by designers she had taught, including Christopher Kane and Mary Katrantzou.
There were 63 nominees in total for the various categories, with 400 industry members worldwide casting their vote.
Sponsors for the British Fashion Awards 2014 are Swarovski as principal partner; Canon, MAC, Toni & Guy and Vodafone as presenting sponsors; and American Express, Marks & Spencer, Mercedes-Benz, Penhaligon’s and Rightster. The British Fashion Council also recognizes Fashion Monitor and Harrogate Spa. 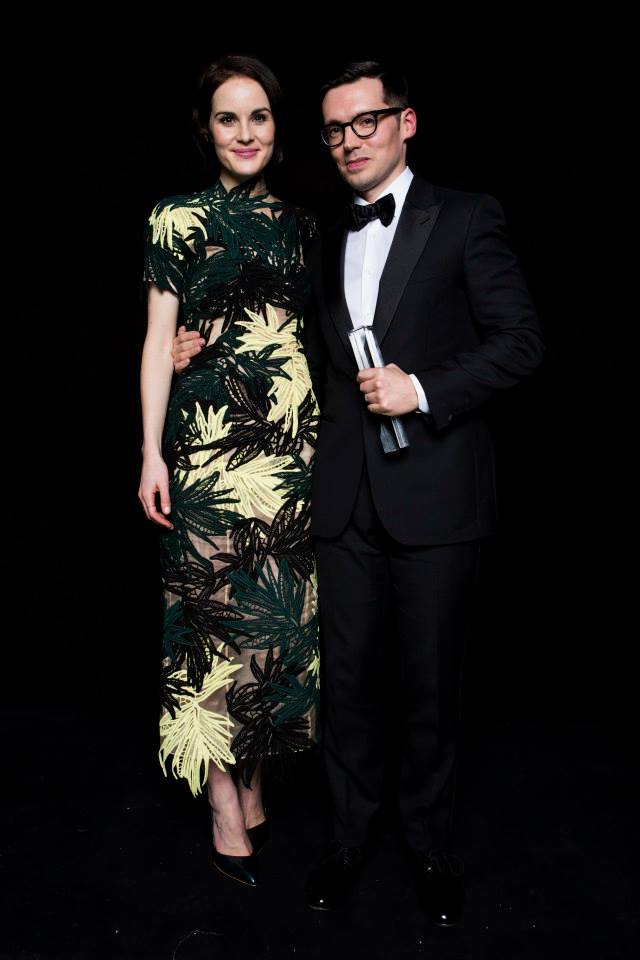 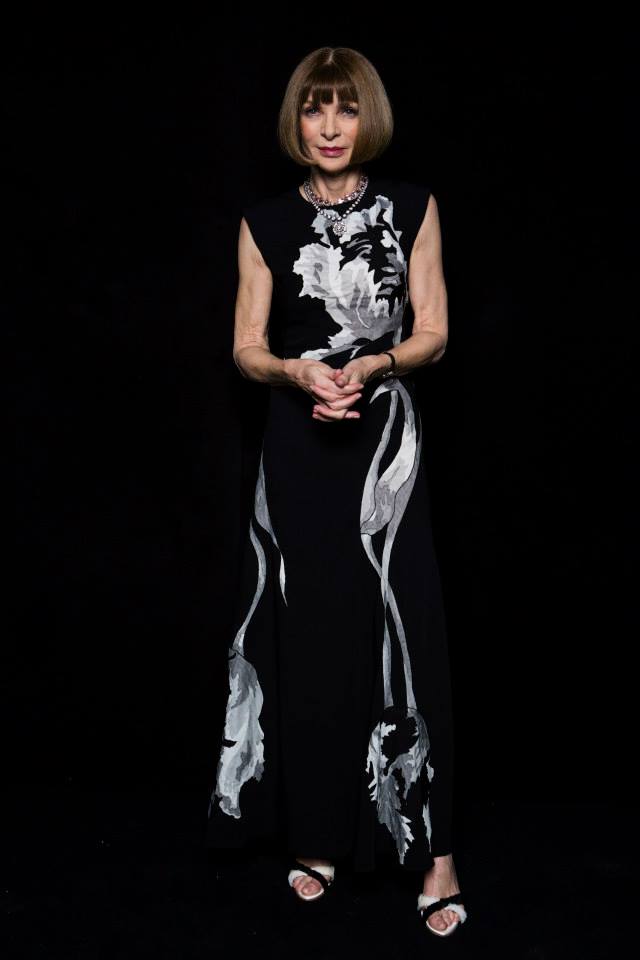 Above, from top Michelle Dockery, and Womenswear Designer of the Year Erdem Moralioglu. Vogue editor-in-chief Anna Wintour, winner of the Outstanding Achievement Award.

Cara Delevingne: Model of the Year

Victoria Beckham: Brand of the Year

Erdem: Womenswear Designer of the Year 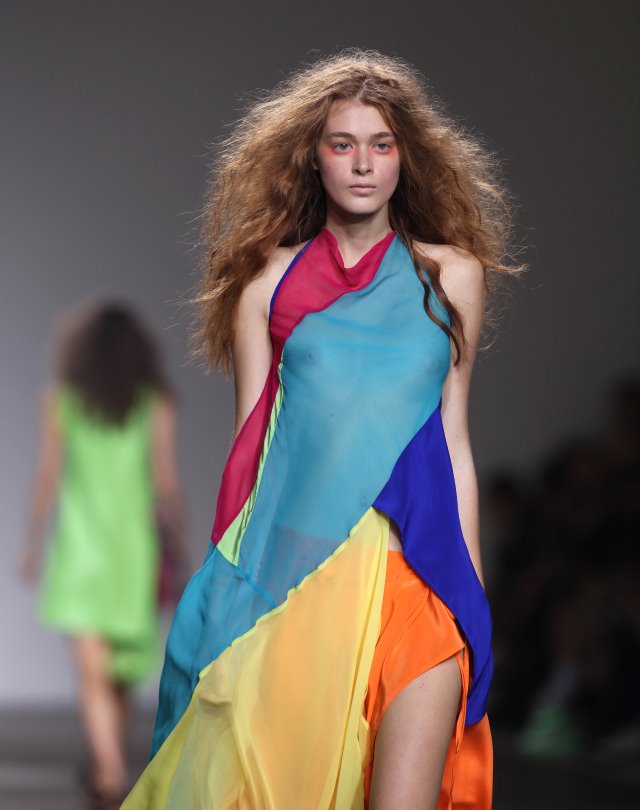 Above Marques’Almeida is the name to look out for in British fashion, as the label won the Emerging Womenswear Designer award at the British Fashion Awards 2014 tonight. 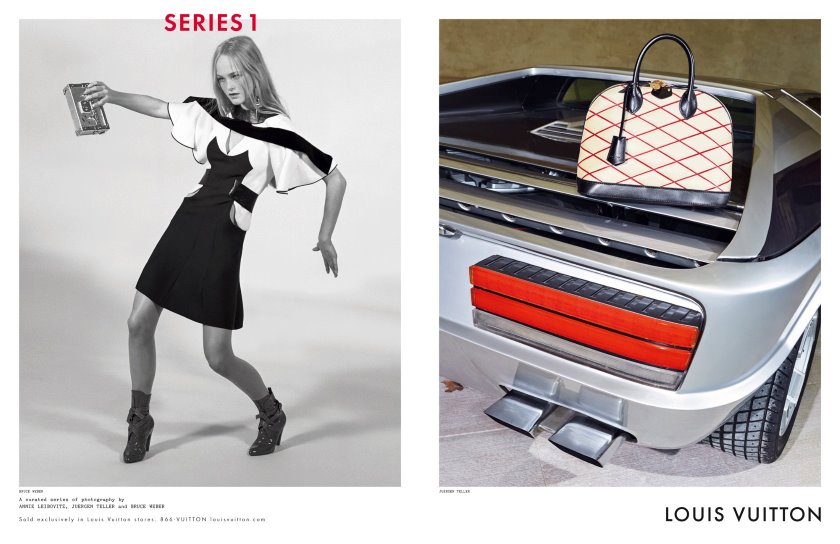