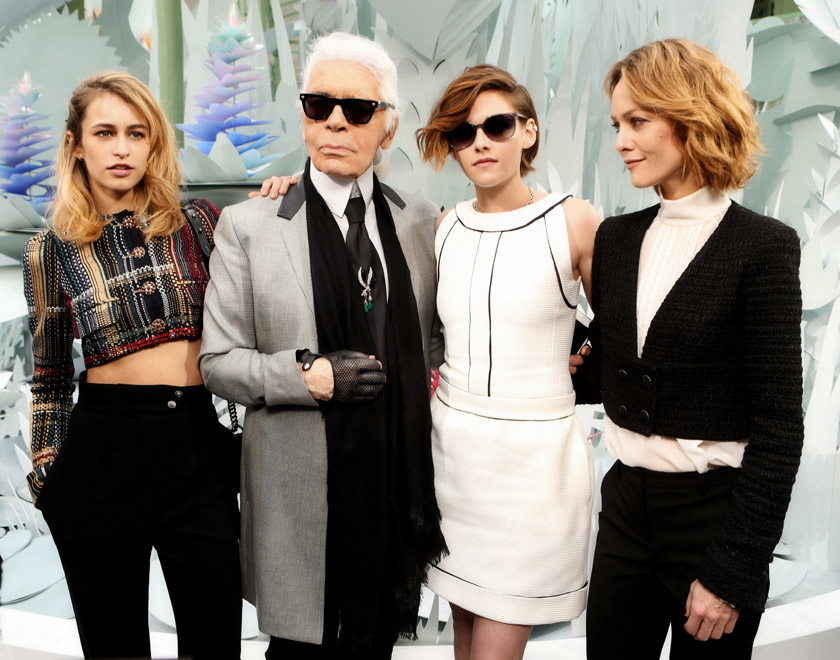 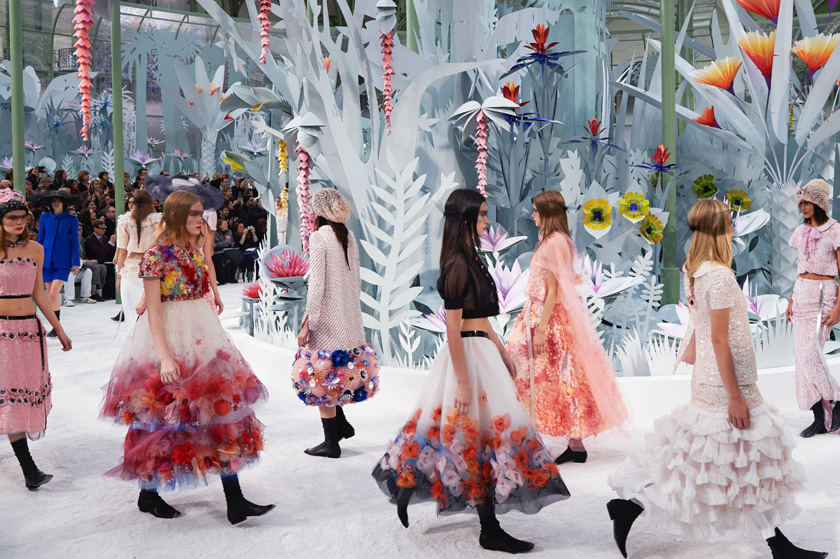 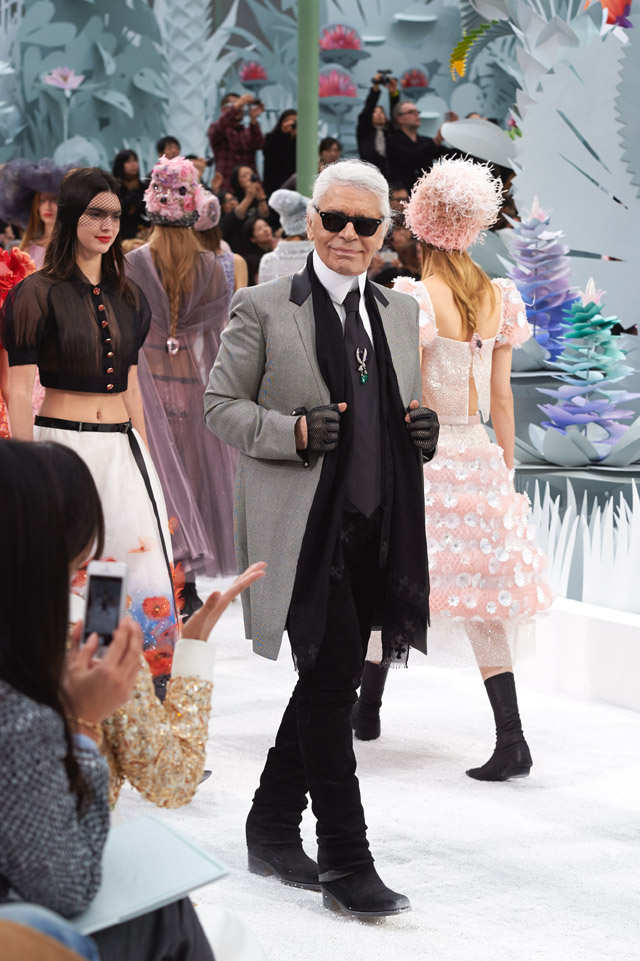 Paris editor Lola Cristall will have her report from the Paris haute couture shows shortly in Lucire. Among them, Chanel showed its spring–summer 2015 collection beneath the dome at the Grand Palais, in one of the most memorable.
By way of preview of Lucire’s upcoming piece, here are glimpses of a very delicate, light and airy collection from Karl Lagerfeld, shown in front of a celebrity audience that included Chanel ambassadors Kristen Stewart, Vanessa Paradis and Alice Dellal (who have all been chosen to be the faces of the Chanel handbags’ campaign to be released in April), Anna Mouglalis, Gaspard Ulliel, Clotilde Hesme, Alma Jodorowsky, Anne Berest, G-Dragon, Dylan Penn and Stacy Martin.
The greenhouse setting was intentional as a bouquet appeared, with orange, red, pink, blue, yellow and green as Chanel’s colours for spring. Short tops, jackets and blouses, long coats, dropped waists, both full and pencil-cut skirts, wide brimmed hats and tweed jackets with three-quarter-length sleeves contribute to the vintage garden look. Embroidered flowers, tulle and sequins sparkle for the evening. 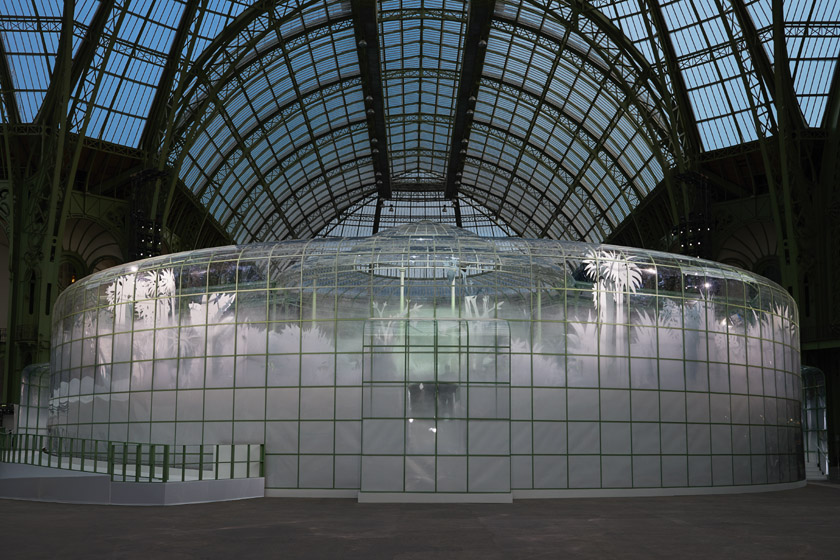 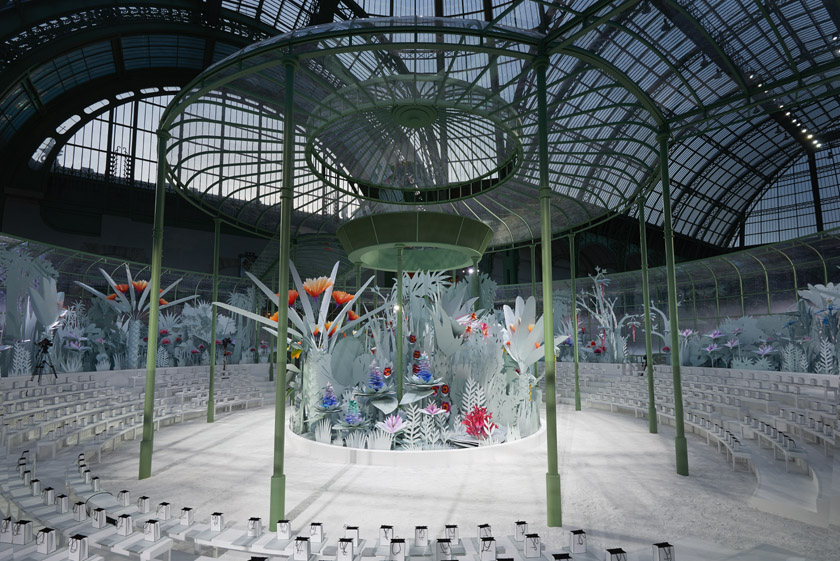 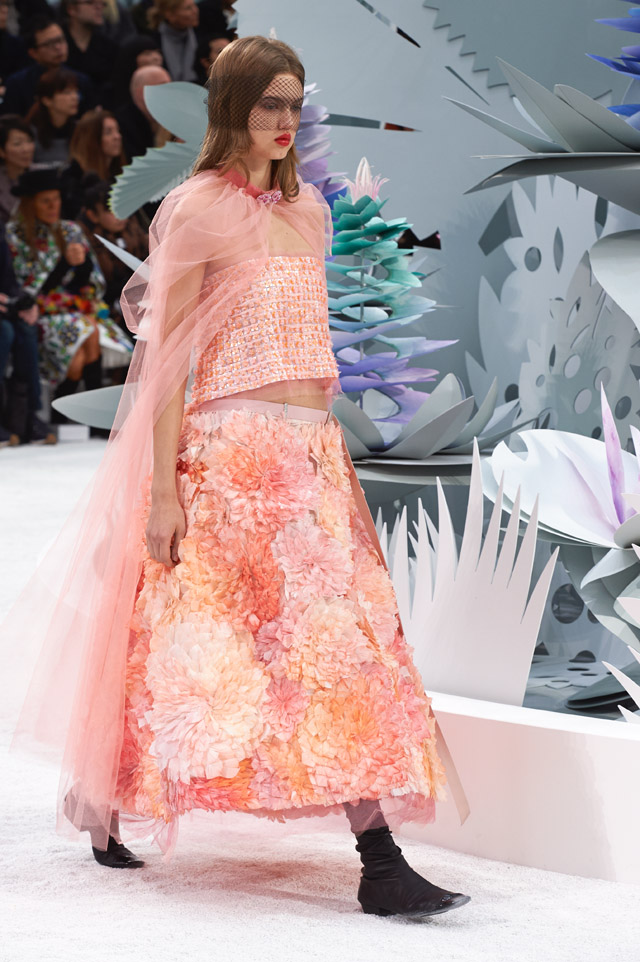 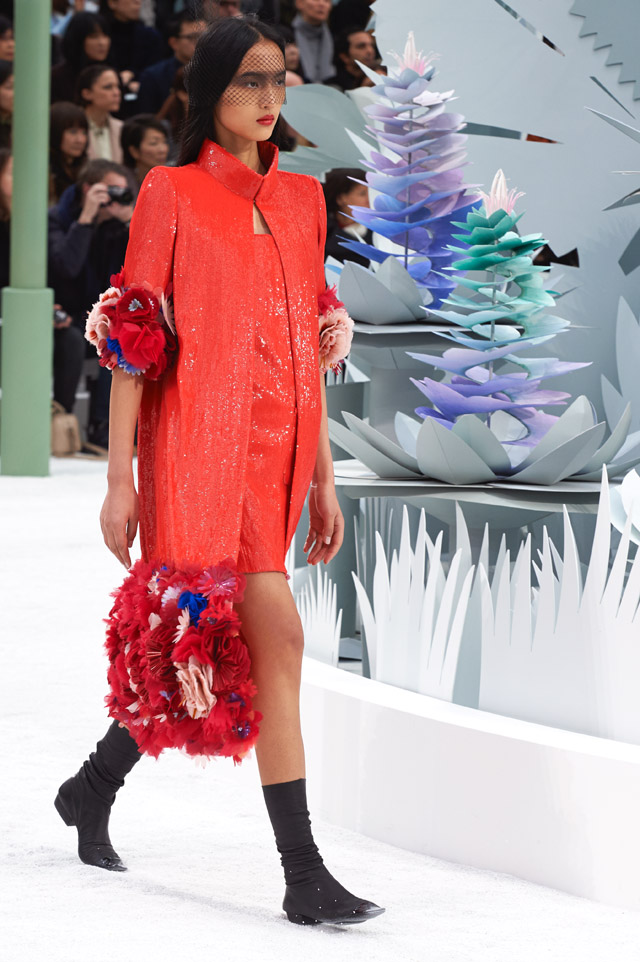 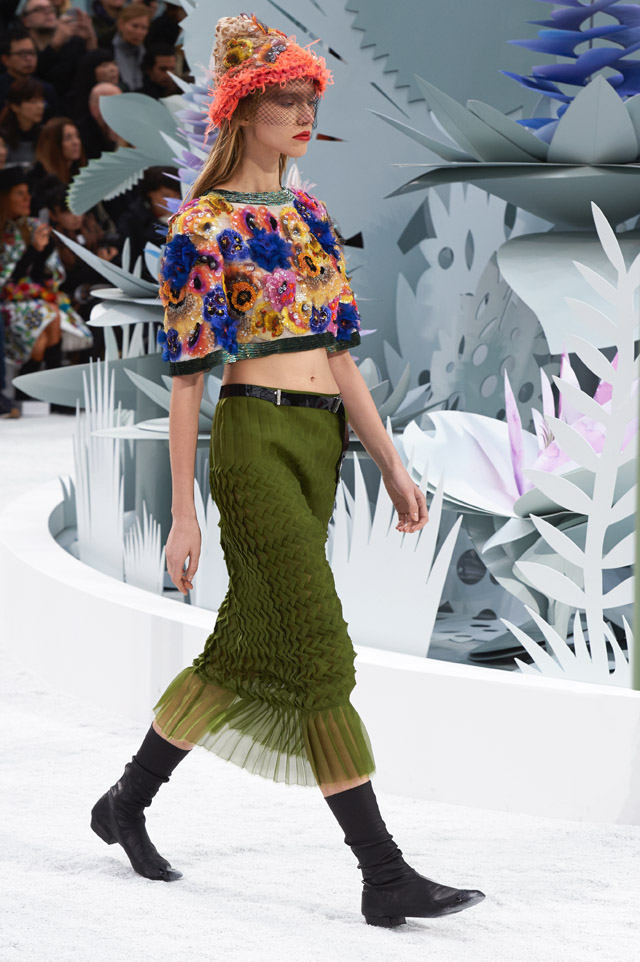 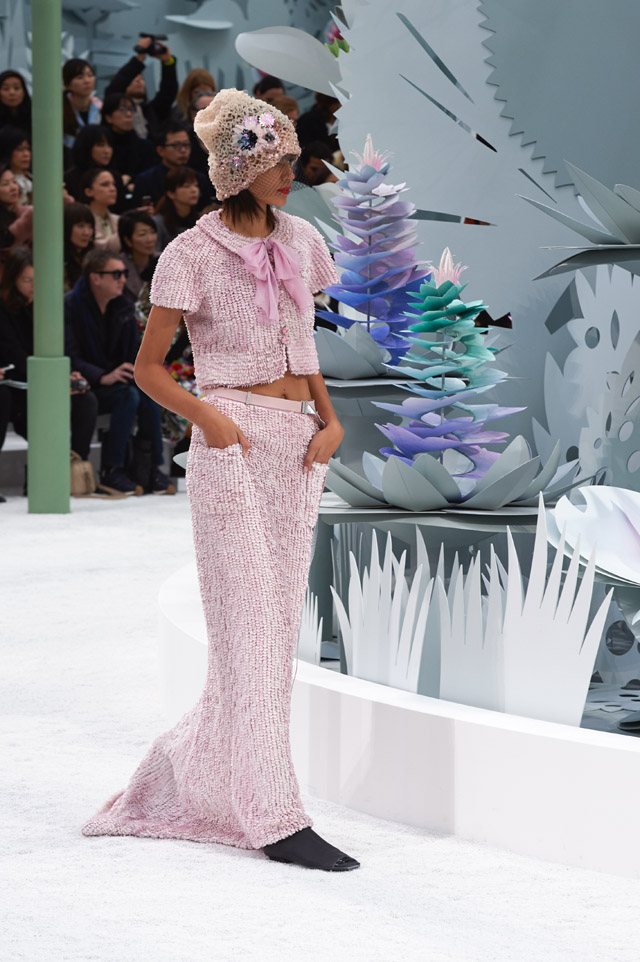 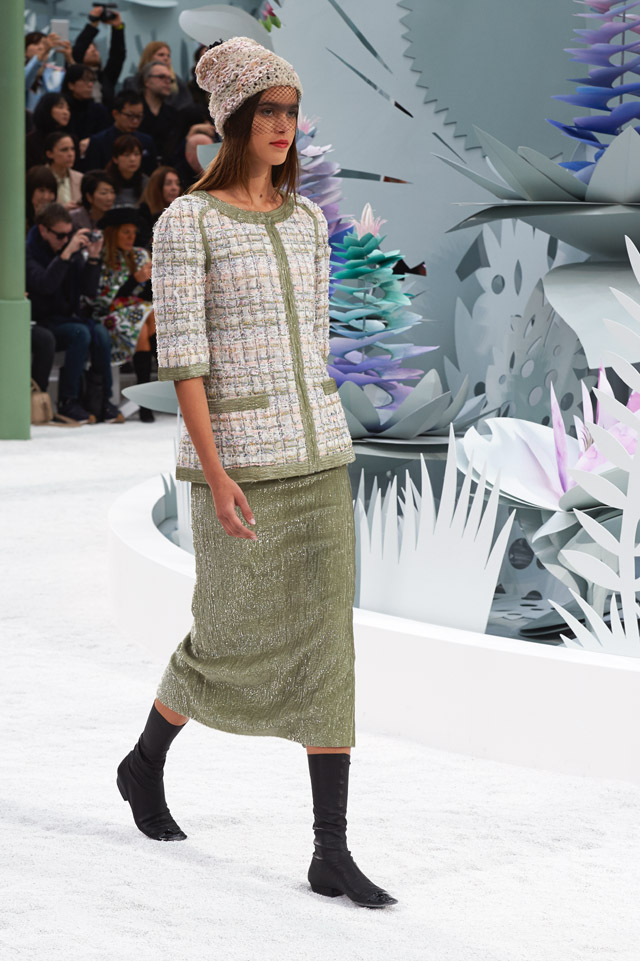 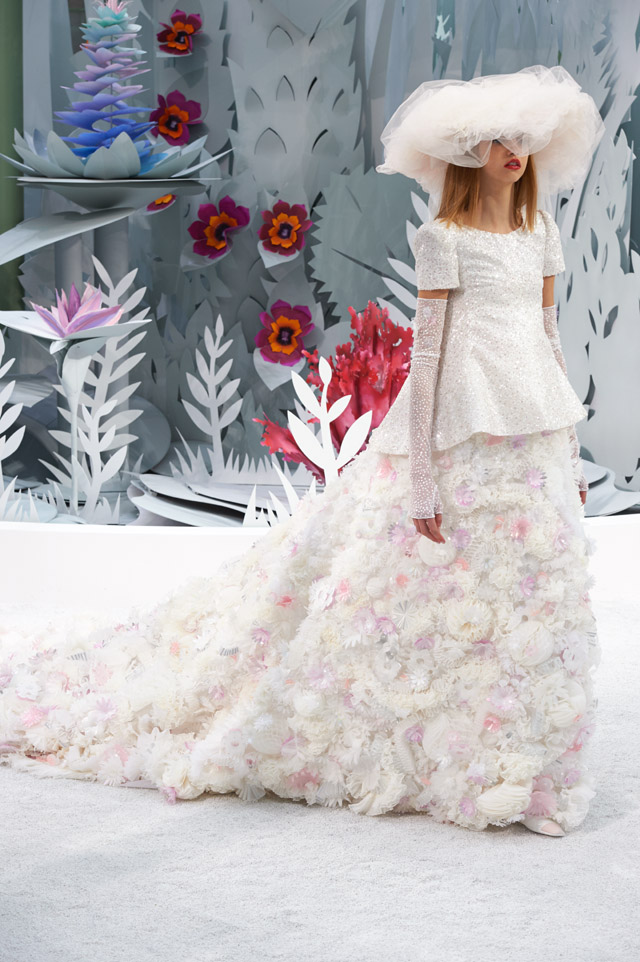