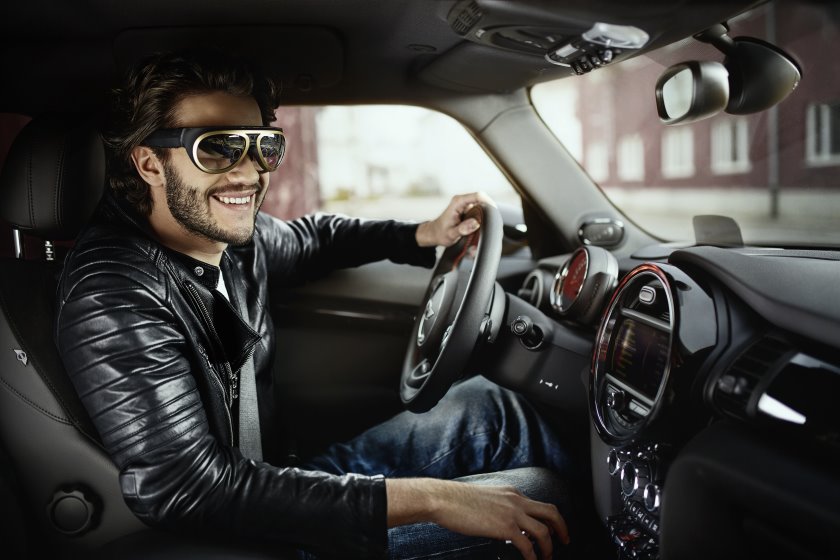 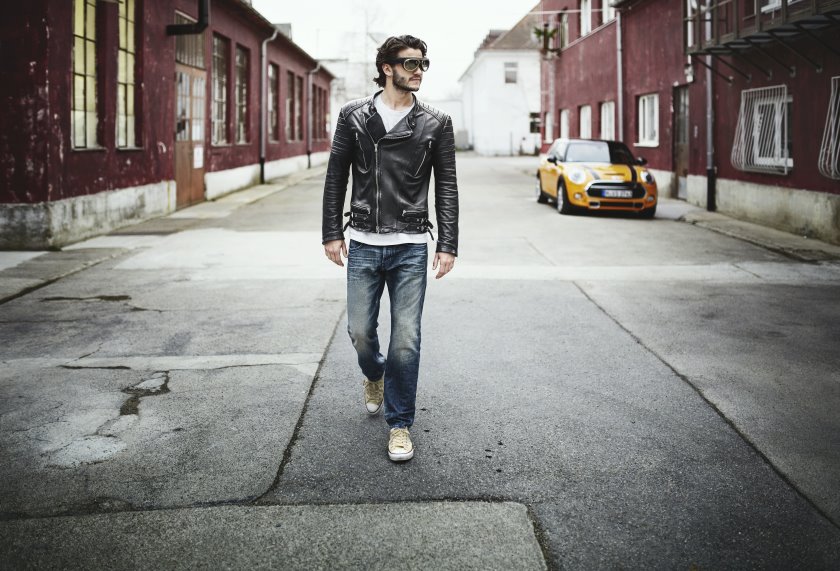 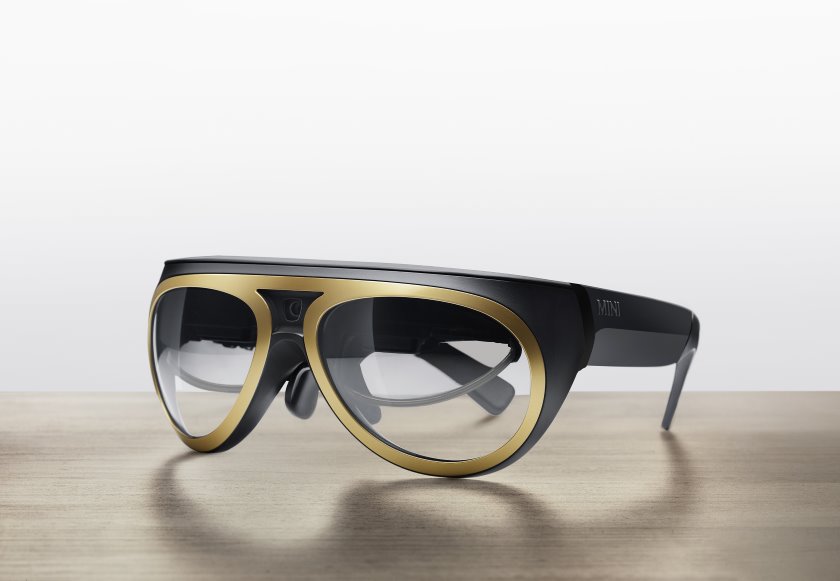 Augmented reality for drivers may be here sooner than some might think, as BMW’s Mini brand reveals its prototype eyewear at Auto Shanghai.
The Mini Augmented Vision eyewear links the car and the driver, transmitting basic information such as speed and speed limits, but adds other practical features for the 2010s lifestyle.
Mini foresees that one can enter the destination when outside the car, and have the data sent there for use in the eyewear. There will be a navigation display from one’s current location to the car, or from the car to the final destination. If a message has been received, an icon will appear, and the SMS can be read out by the car. Points of interest and navigation arrows can also appear in the eyewear; the latter can show highlight available parking spaces.
The science-fiction-sounding features, which BMW believes can be realized, include “X-ray vision”, a virtual view through parts of the car, such as A-pillars and doors, rendering items that may be hidden from the driver’s seat.
Finally, the company’s augmented parking feature projects images from a camera in the passenger’s side door mirror so the driver knows how far the car is from the kerb.
All of this is in line with the BMW Group’s research, which forecast increasing urbanization and the need for associated services.
BMW cooperated with Qualcomm on the technology, while the design and colour concept of the eyewear was created by Designworks.
Project manager for Mini Augmented Vision, Dr Jörg Preißinger, said in a release, ‘This prototype with its customised, interactive functions succeeds in fusing augmented reality with the brand’s trademark sense of lifestyle.’
‘We are proud to have helped develop a breakthrough augmented reality interface between eyewear and the automobile,’ said Jay Wright, vice-president of Qualcomm Connected Experiences, Inc. ‘Mini Augmented Vision offers a compelling example of what’s possible today, and what we can expect in the future.’ 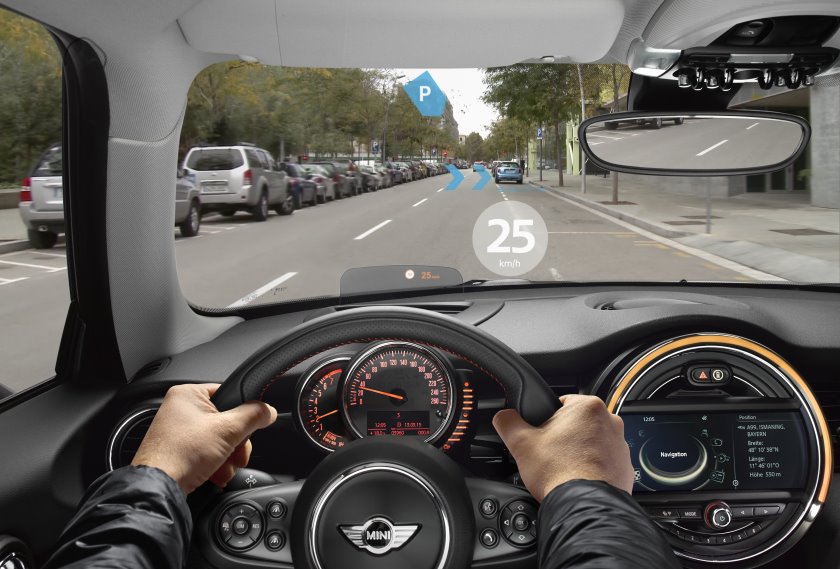 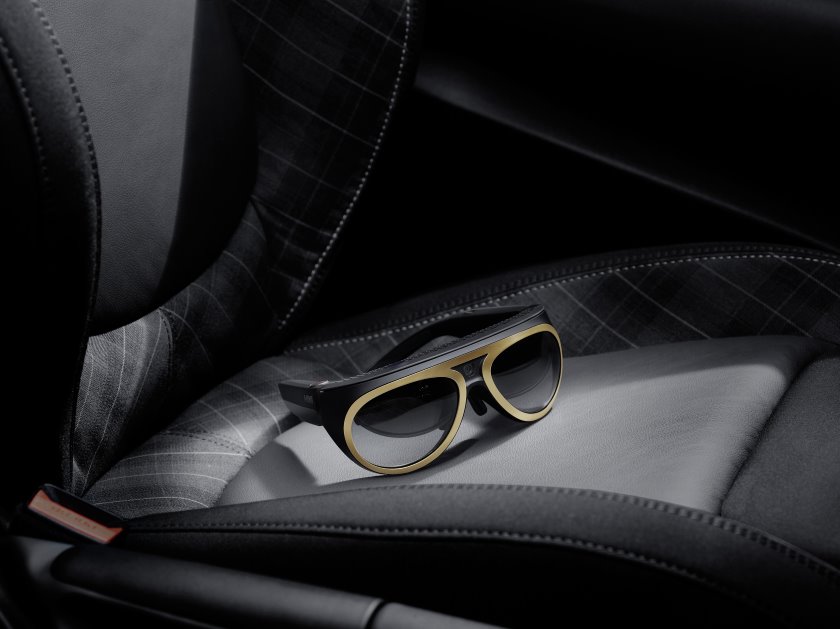 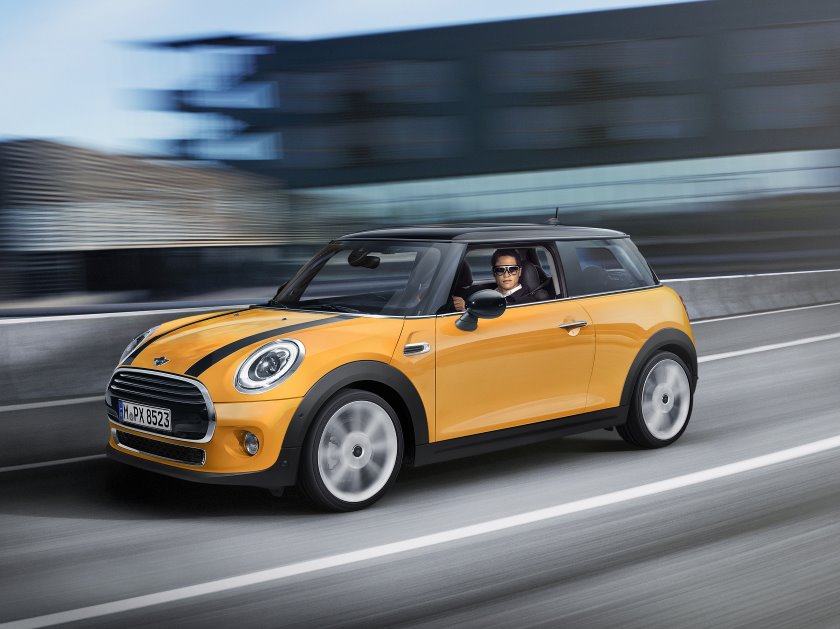 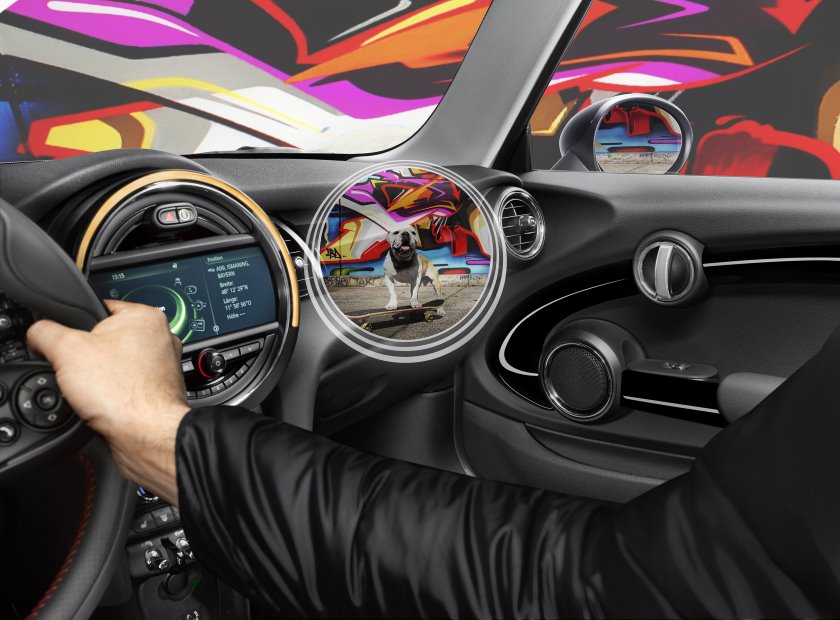 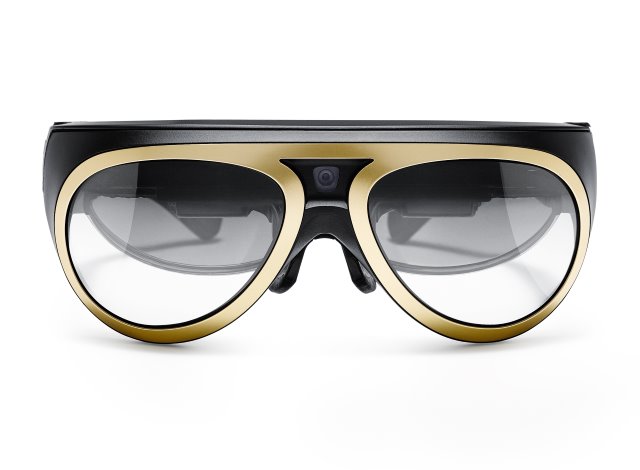 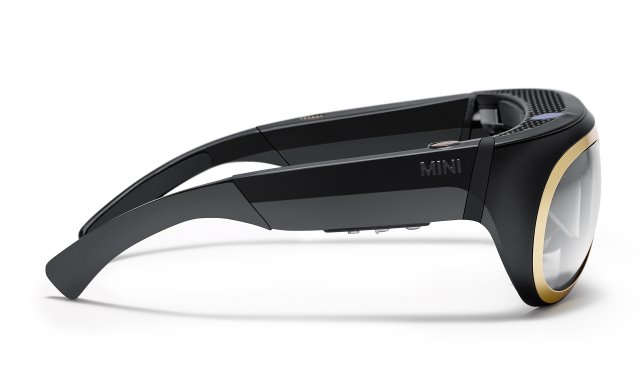 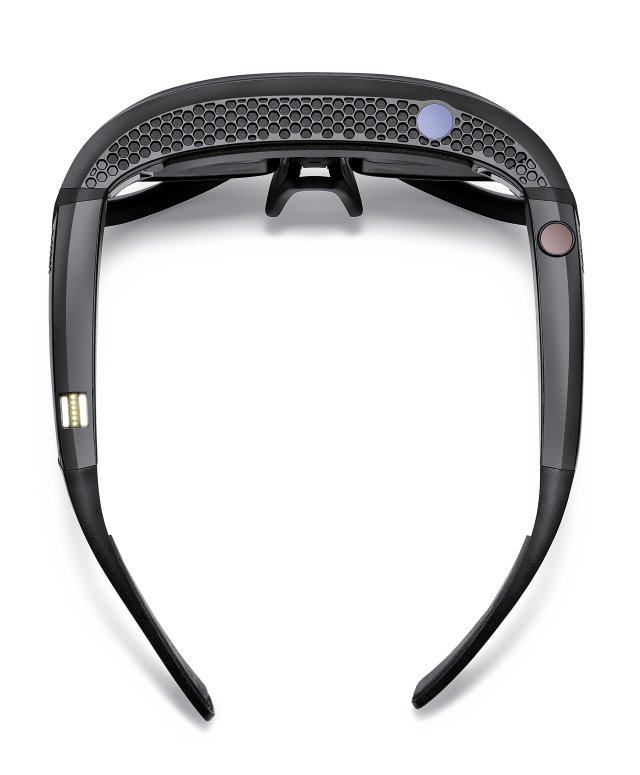 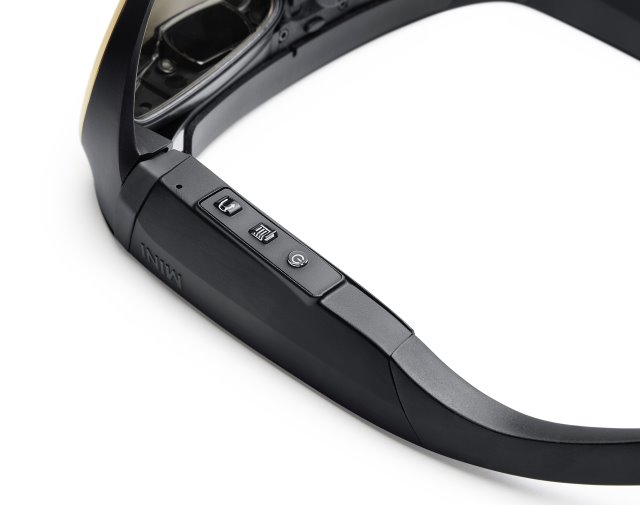 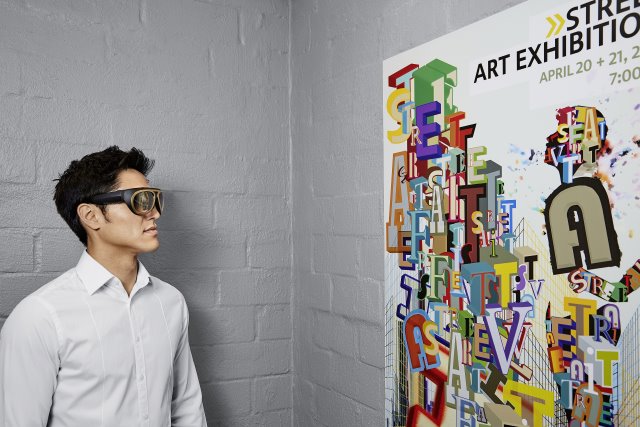