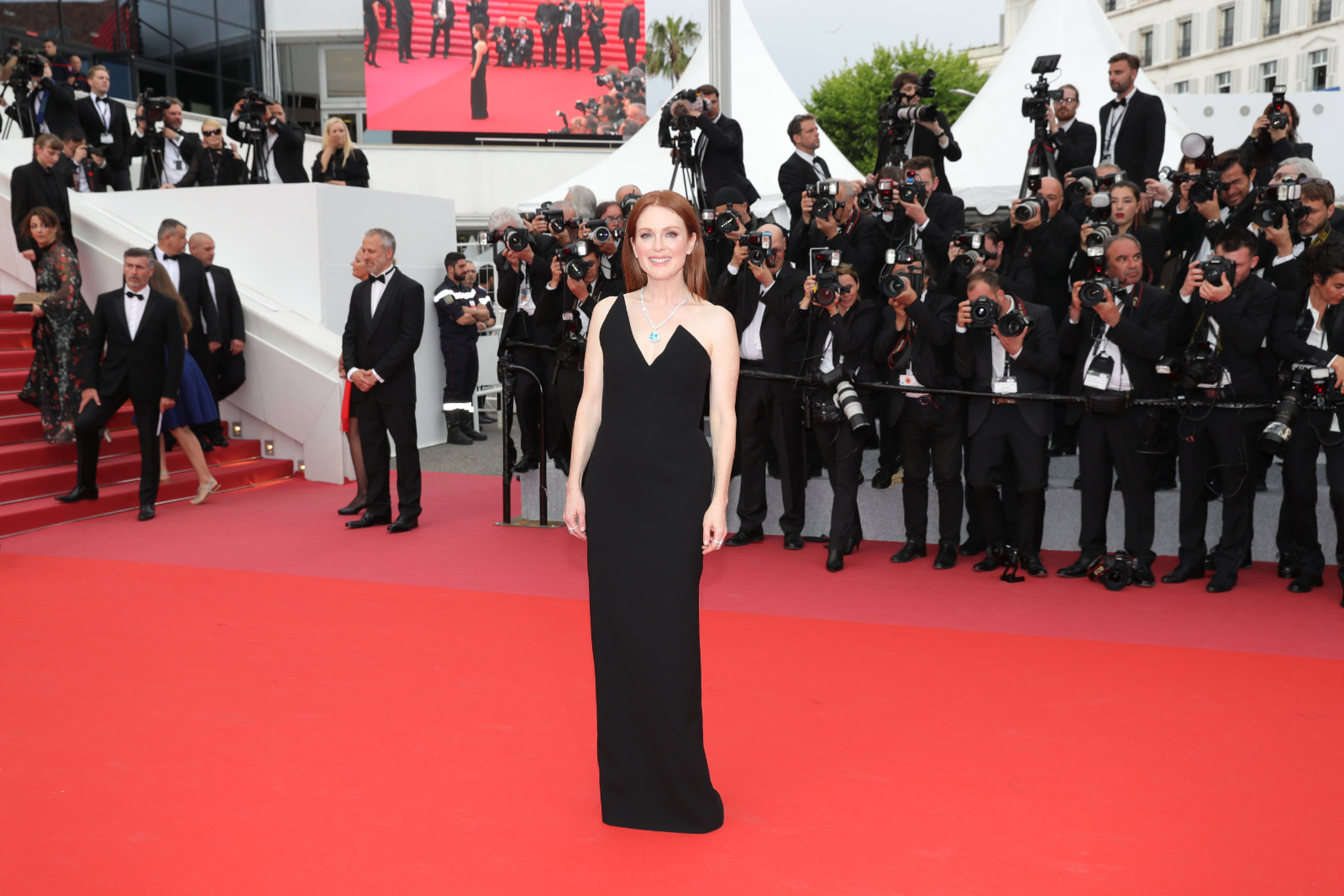 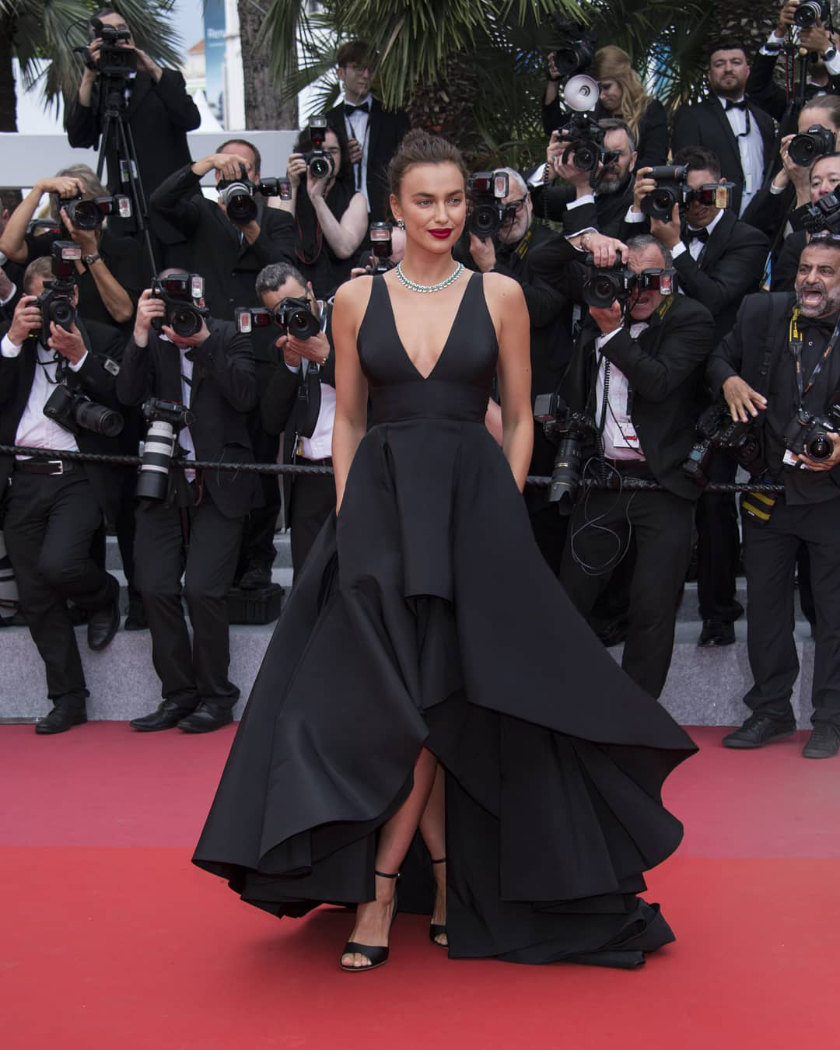 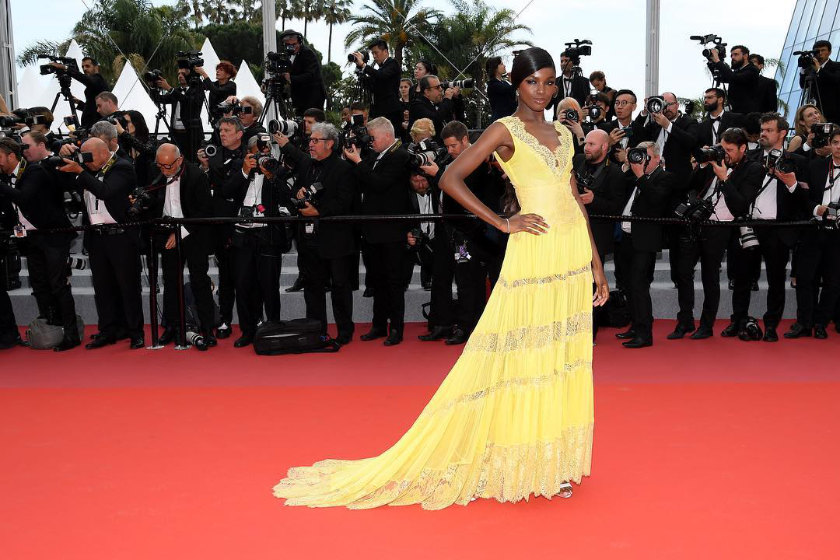 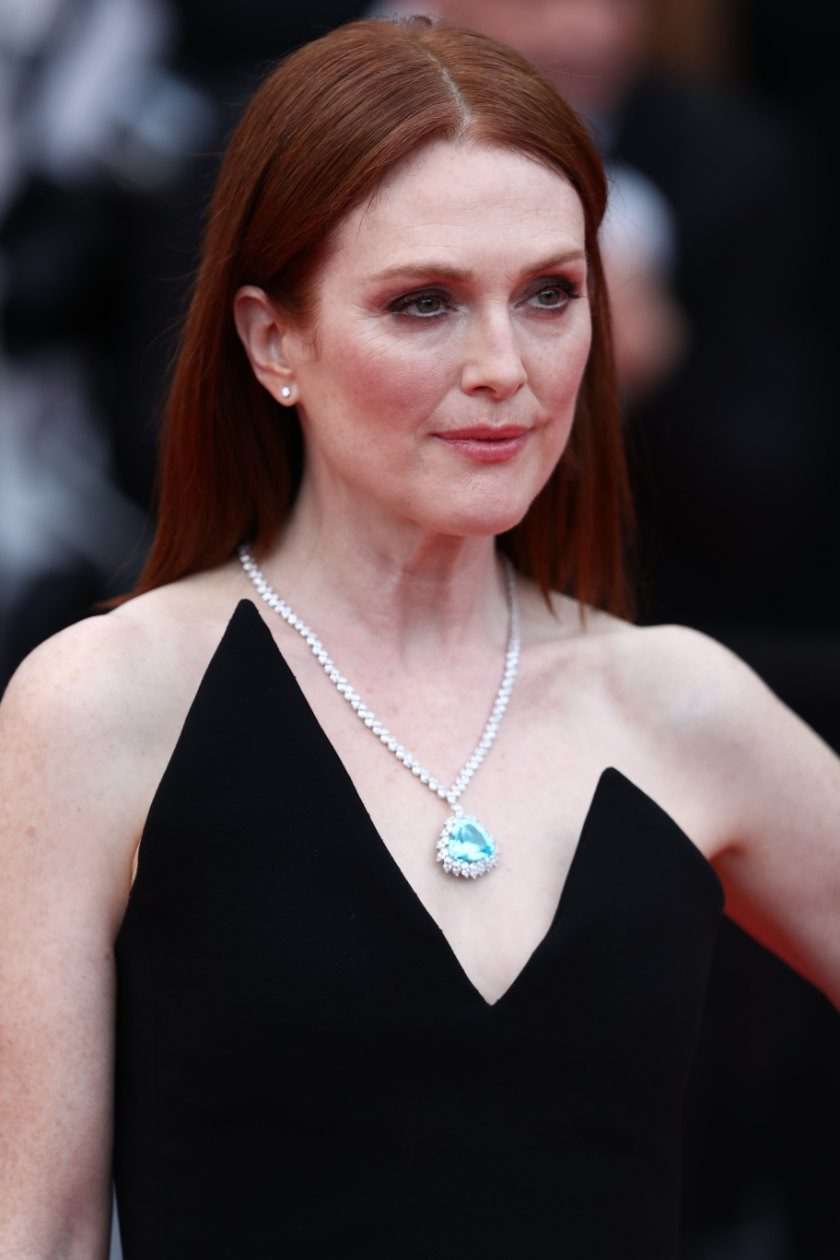 Spotted at the Festival de Cannes première of Yomeddine, a comedy from first-time Egyptian director Abu Bakr Shawky, were Irina Shayk (in Twinset), Julianne Moore (in Yves Saint Laurent, with jewellery by Chopard), Li Yuchun (李宇春) (in an unusual striped wraparound number), and Louise Bourgoin (in Giambattista Valli Couture), the latter trio representing L’Oréal Paris as the brand’s ambassadors. Shayk and Moore opted for strikingly cut black gowns.
DJ Chantel Jeffries showed up in a very revealing silver dress by Barrus London that showed off her décolletage, and Leomie Anderson chose a yellow gown by Twinset, with jewellery by Chopard.
Earlier in the day, Penélope Cruz (in Ralph Lauren) and Javier Bardem attended a photo call for Todos lo saben (Everybody Knows).
L’Oréal Paris continued with its The Worth It Show for a second day, hosted by Genie Godula and Inanna Sarkis with Moore and Leïla Bekhti joining them on the set. Festival director Thierry Frémaux also guested on the show.
Among the make-up used by L’Oréal Paris for Moore were the Infaillable 24H Fresh Wear, proving a decent staple at the Cannes Film Festival, along with True Match Minerals foundation, High Contour by Brow Artist, the Mega Palette in Cherry My Chéri, Infaillible 24H lipstick and Unlimited mascara. Bourgoin had the same foundation and mascara, with True Match powder, Wake Up and Glow highlighting drops in Life’s a Peach, Lip Spa tinted lip oil, and La Petite Palette in Maximalist. 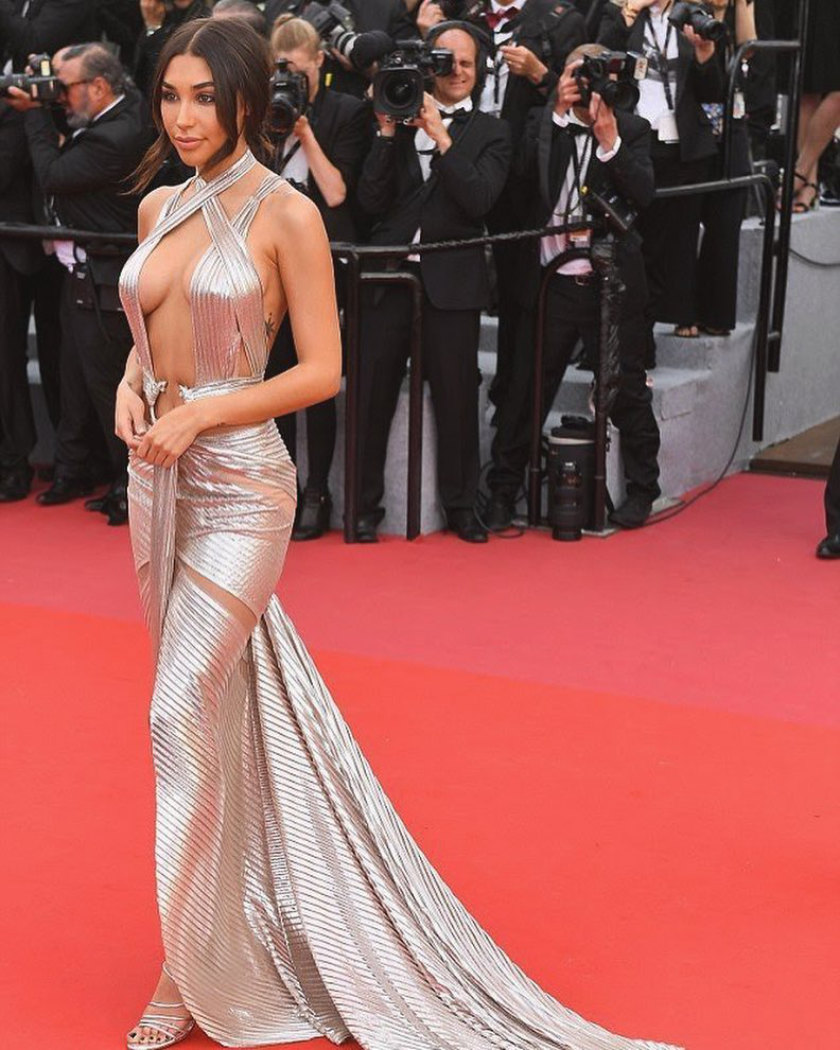 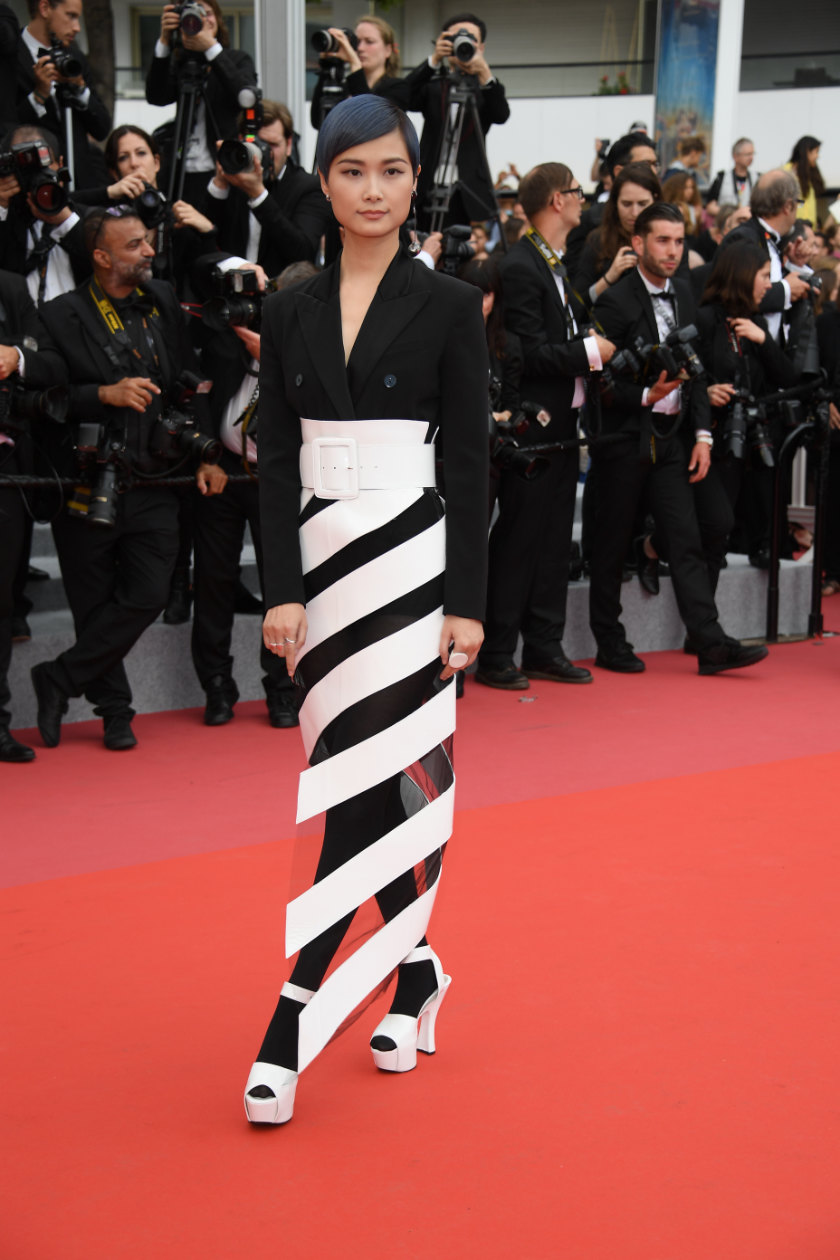 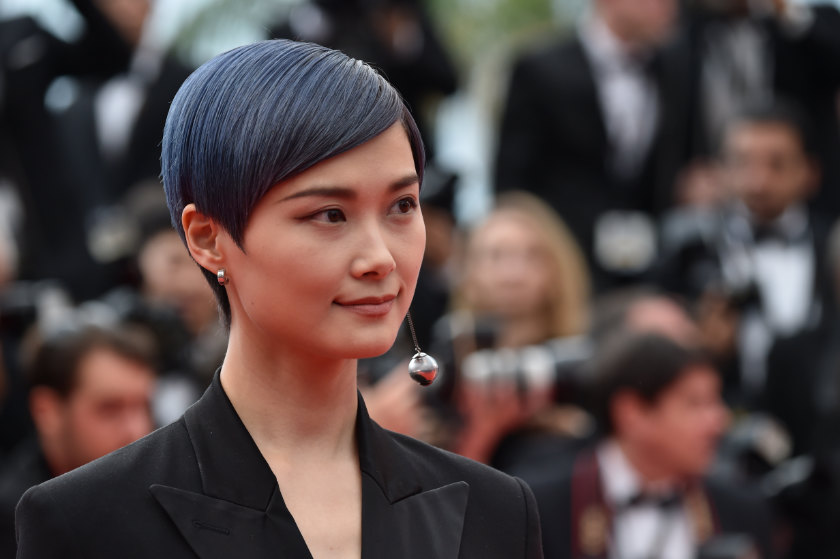 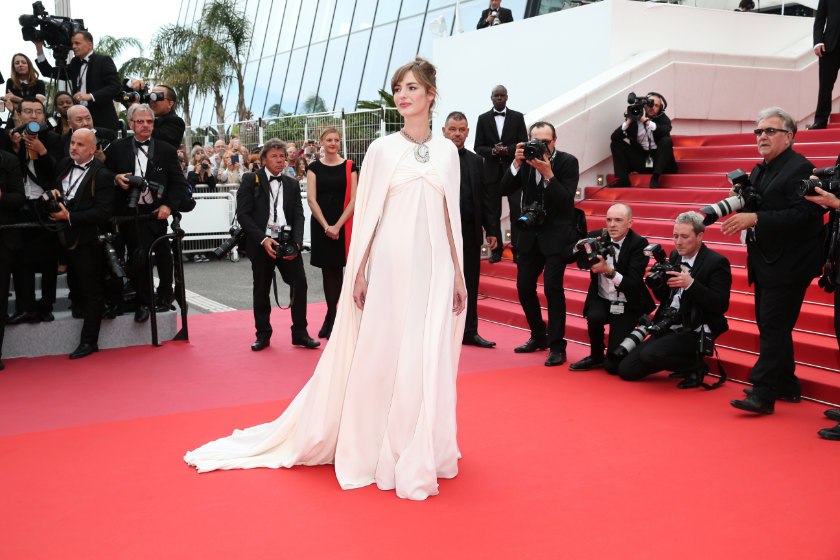 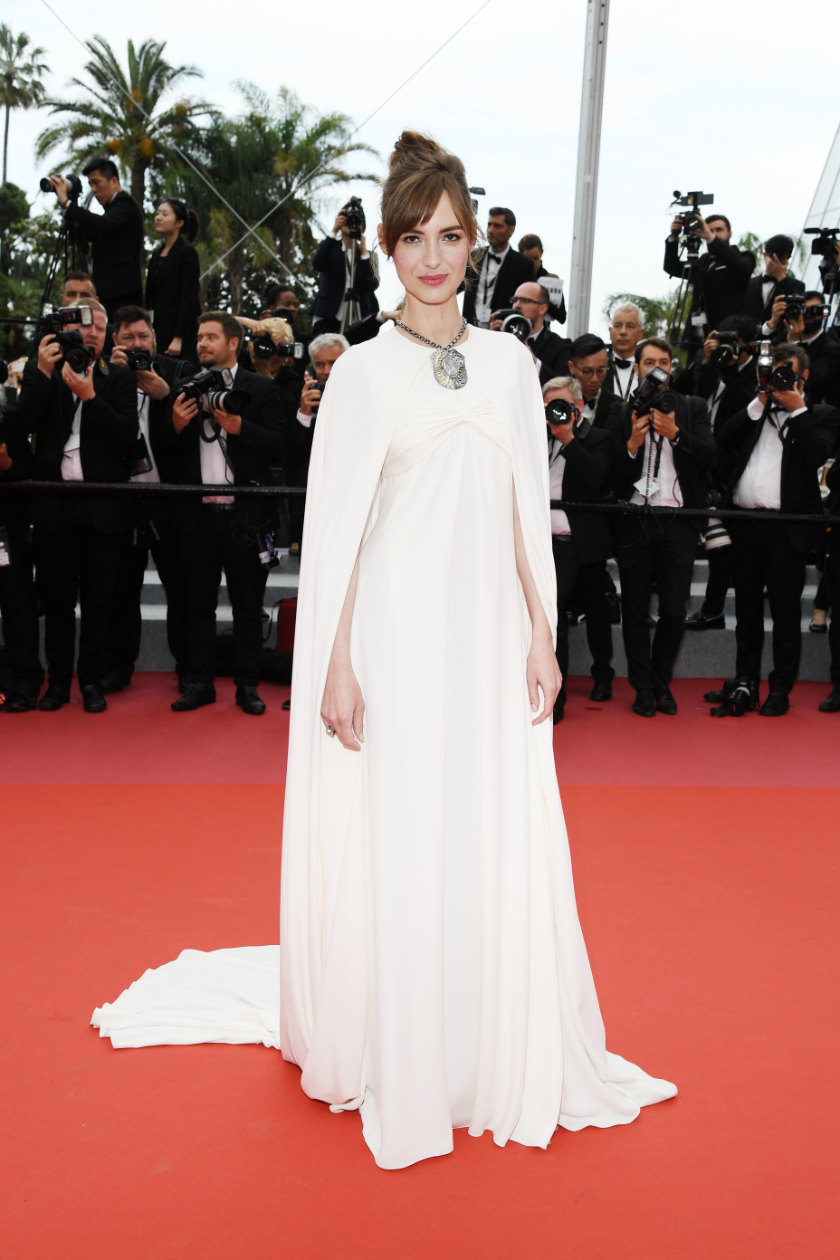 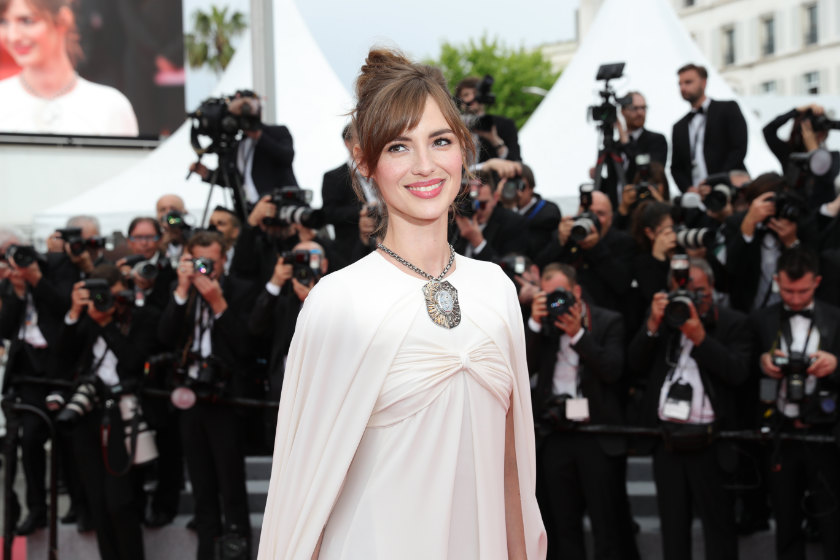