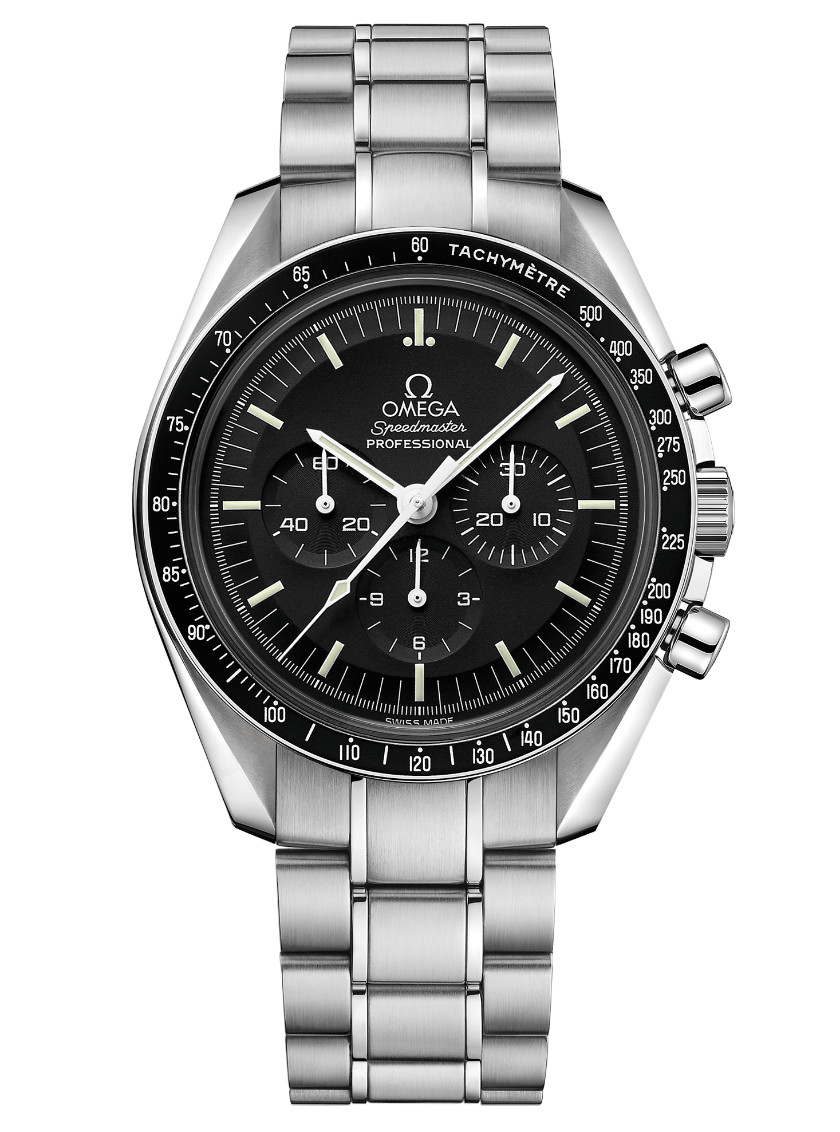 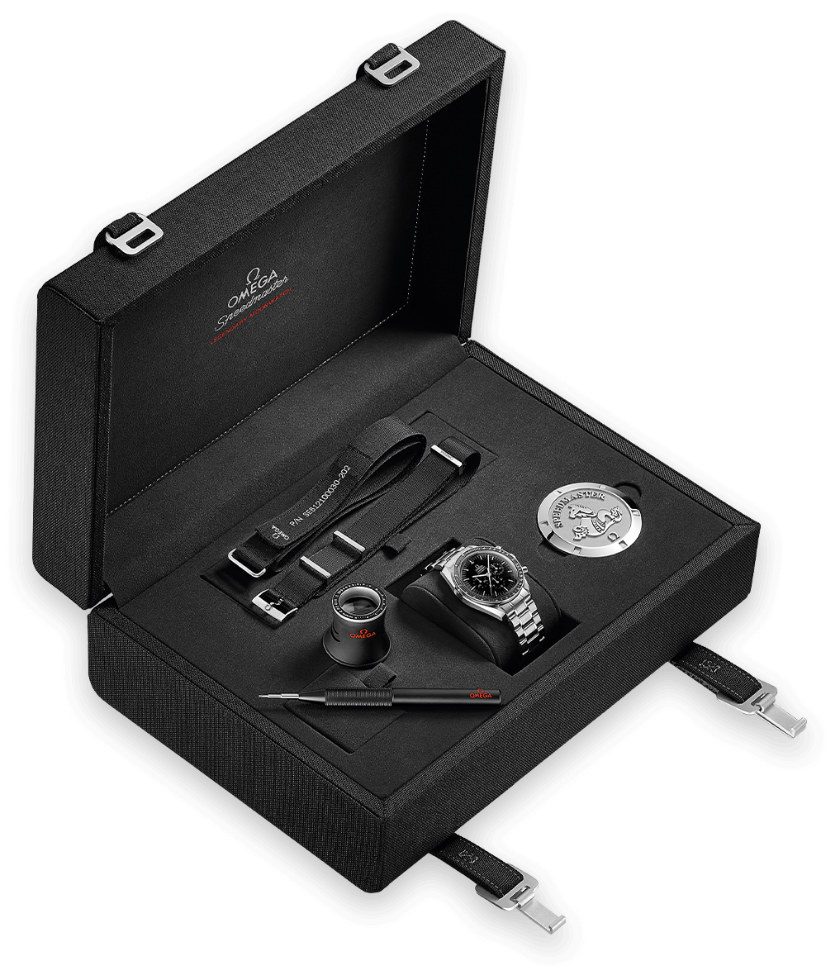 With the 50th anniversary of the Apollo 13 mission, Omega reminds us that it was present through some of NASA’s greatest achievements, including the first lunar landing in July 1969, and every lunar mission since. Buzz Aldrin wore an Omega Speedmaster when he stepped on to the moon, earning it the nickname, ‘the Moonwatch’. It remains in the Omega catalogue, with its 42 mm dial, luminiscent hands, hesalite crystal, and stainless steel case, but updated to a new hand-wound movement that can trace its design back to the one in the original Moonwatch. The Omega Speedmaster remains the only watch certified by NASA for use in an EVA (extra-vehicular activity—which includes spacewalks). It comes in a special presentation box. 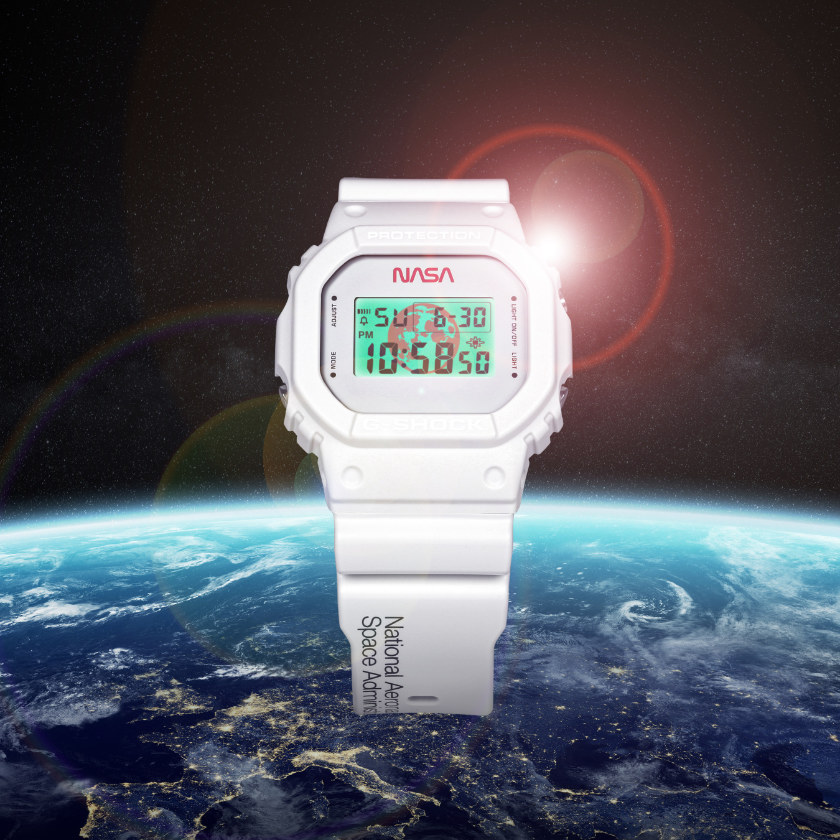 But even if you weren’t part of the official moon missions, you can still be part of the bandwagon, as Casio proves on the other end of the market with a limited-edition G-Shock watch.
Casio has made its G-Shock sub-brand a familiar name in digital watches, and its limited-edition version of its DW5600 watch celebrates NASA’s history in space exploration. The watch is all-white, and has both the Stars and Stripes and the words ‘National Aeronautics and Space Administration’ on the band. A NASA logo appears on the face. It is shock-resistant, water-resistant to 200 m, and has a stopwatch and countdown timer. Retail price is US$130.