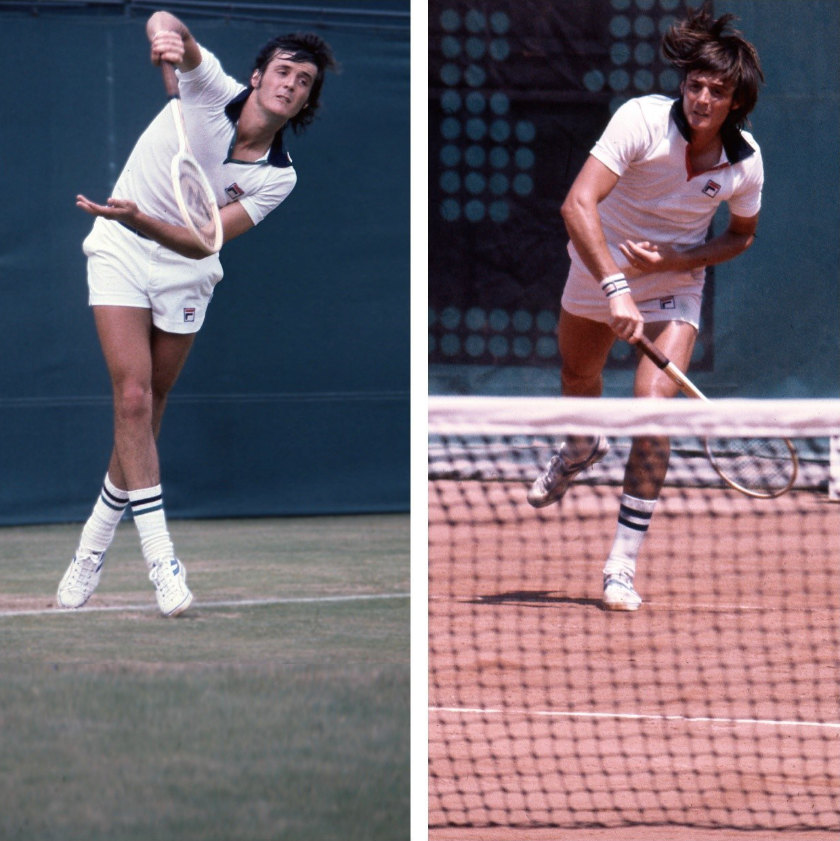 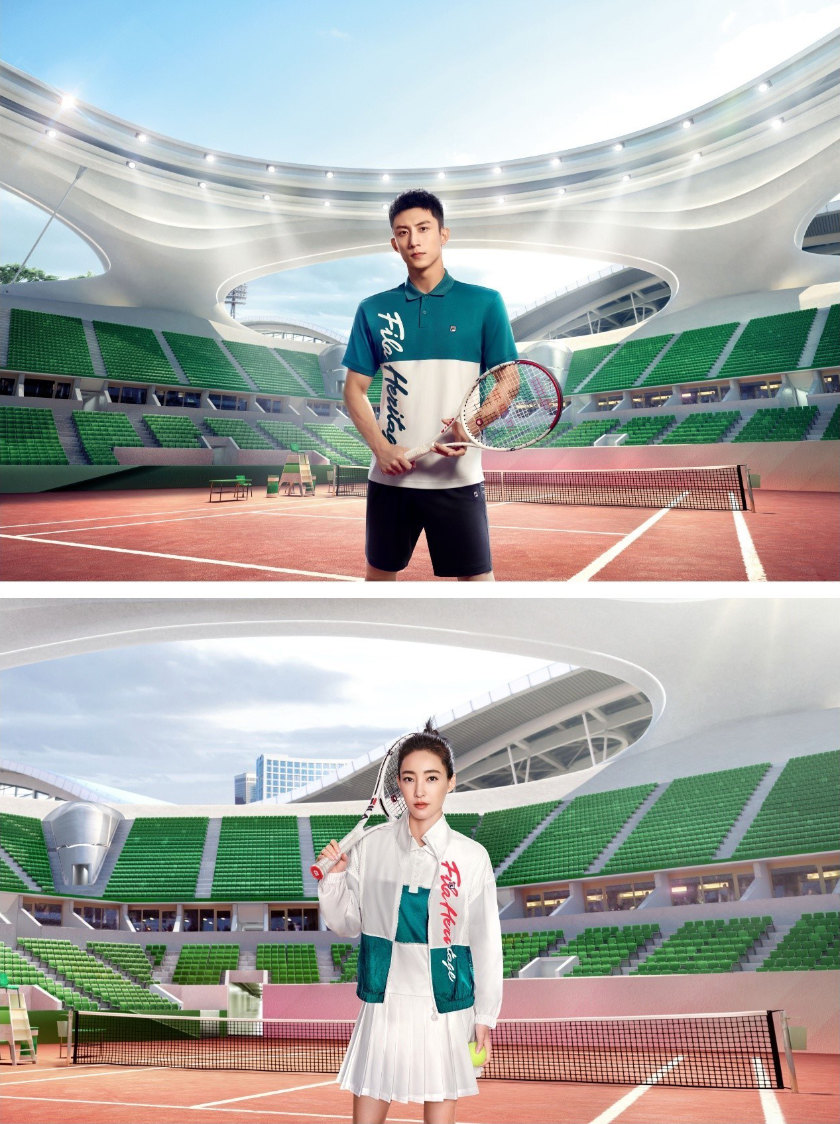 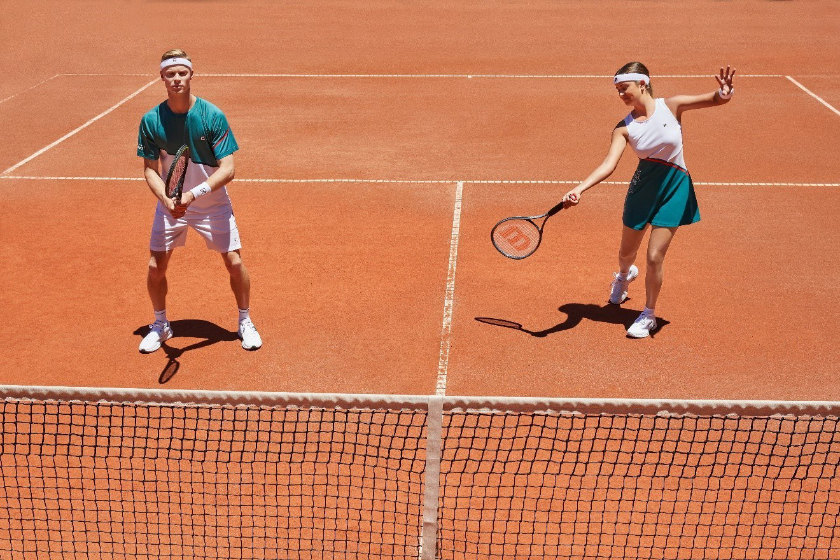 Fila has tapped into the 1970s with a range inspired by its clothing for tennis star Adriano Panatta in 1976.
Although the brand began in 1911 by the Fila brothers in Biella, Italy, it is perhaps most memorable after the 1960s when it became a global sporting brand, specializing in tennis outfits. In the coming years it would provide the clothing for Björn Borg and Panatta, as well as Paolo Bertolucci and Svetlana Kuznetsova.
In 1976, Panatta first defeated Borg, the only player to do so at the French Open. He eventually won the French Open men’s singles’ championship trophy, and set the highest ranking of his career in singles’ matches. The new series pays tribute to Panatta’s Fila clothing from that year, with its dark green and navy blue colours deconstructed and forming the base of a range of on- and off-court items. The on-court material is a breathable lightweight polyester mesh, with Comfi Dry moisture absorption and Lycra SPF 50-plus protection. Off-court items include polo shorts, jackets, and round-neck T-shirts, and go beyond the core two colours with lavender and pink in the range, as well as oversized script lettering. These are made of Askin cool fabric, which is skin-friendly.
The Heritage 1976 and Master 1976 tennis polo shirts reproduce Panatta’s style, and, in China, actor Huang Jingyu (a.k.a. Johnny Huang, 黃景瑜) and actress Wang Likun (a.k.a. Claudia Wang, 王麗坤) serve as the range’s ambassadors.
The collection is now available at the official Fila website, select stores, and the Fila Tmall official flagship store. 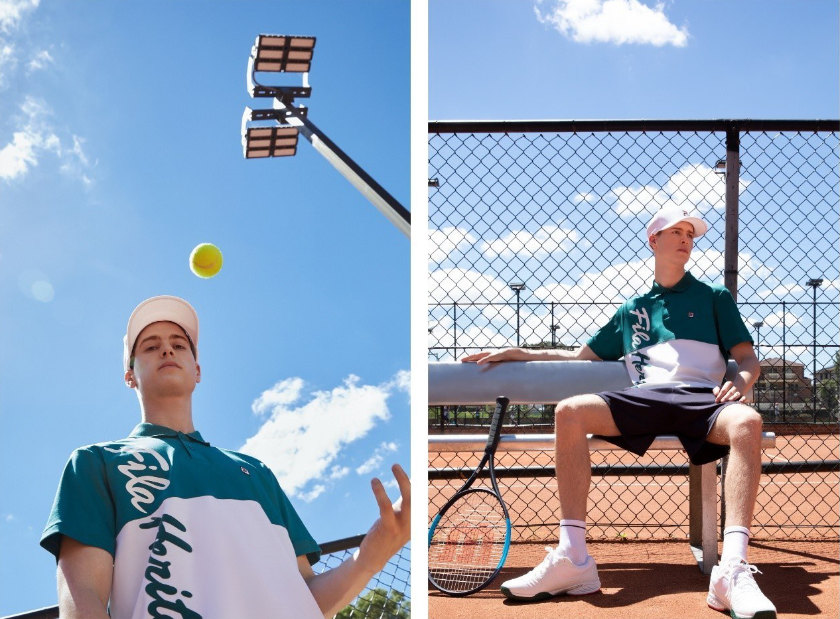 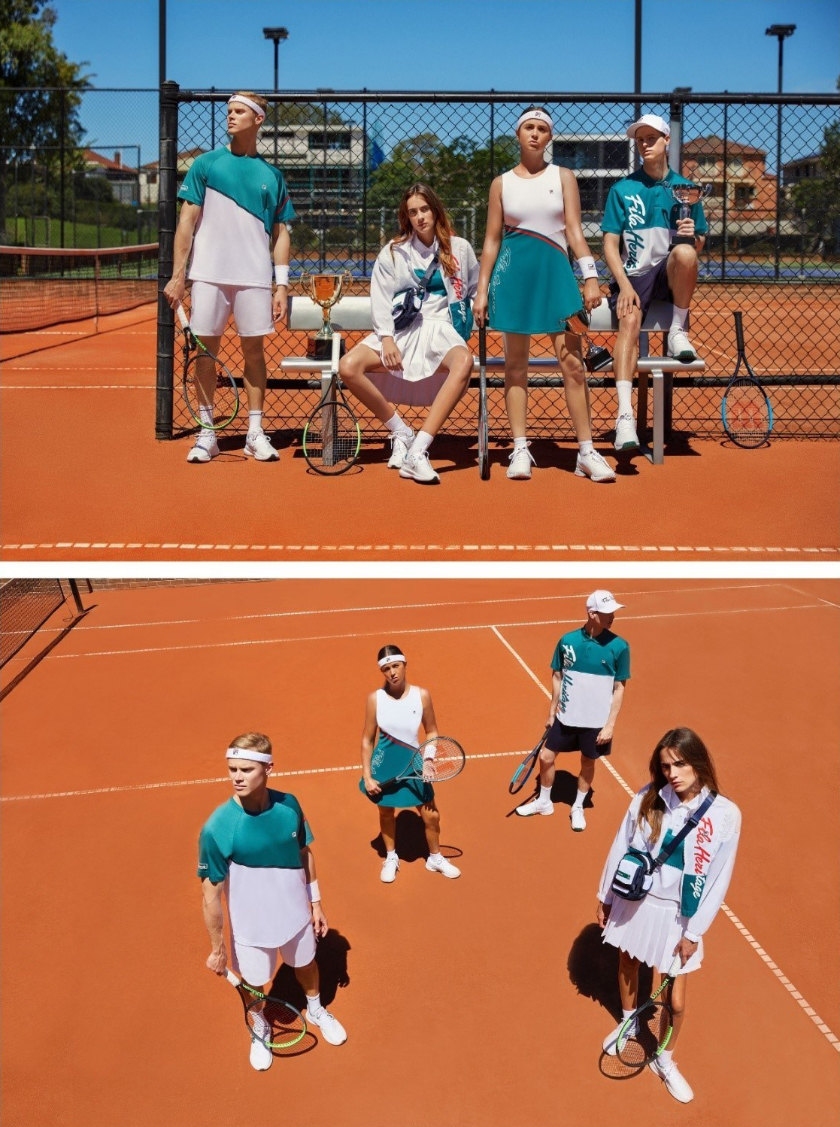