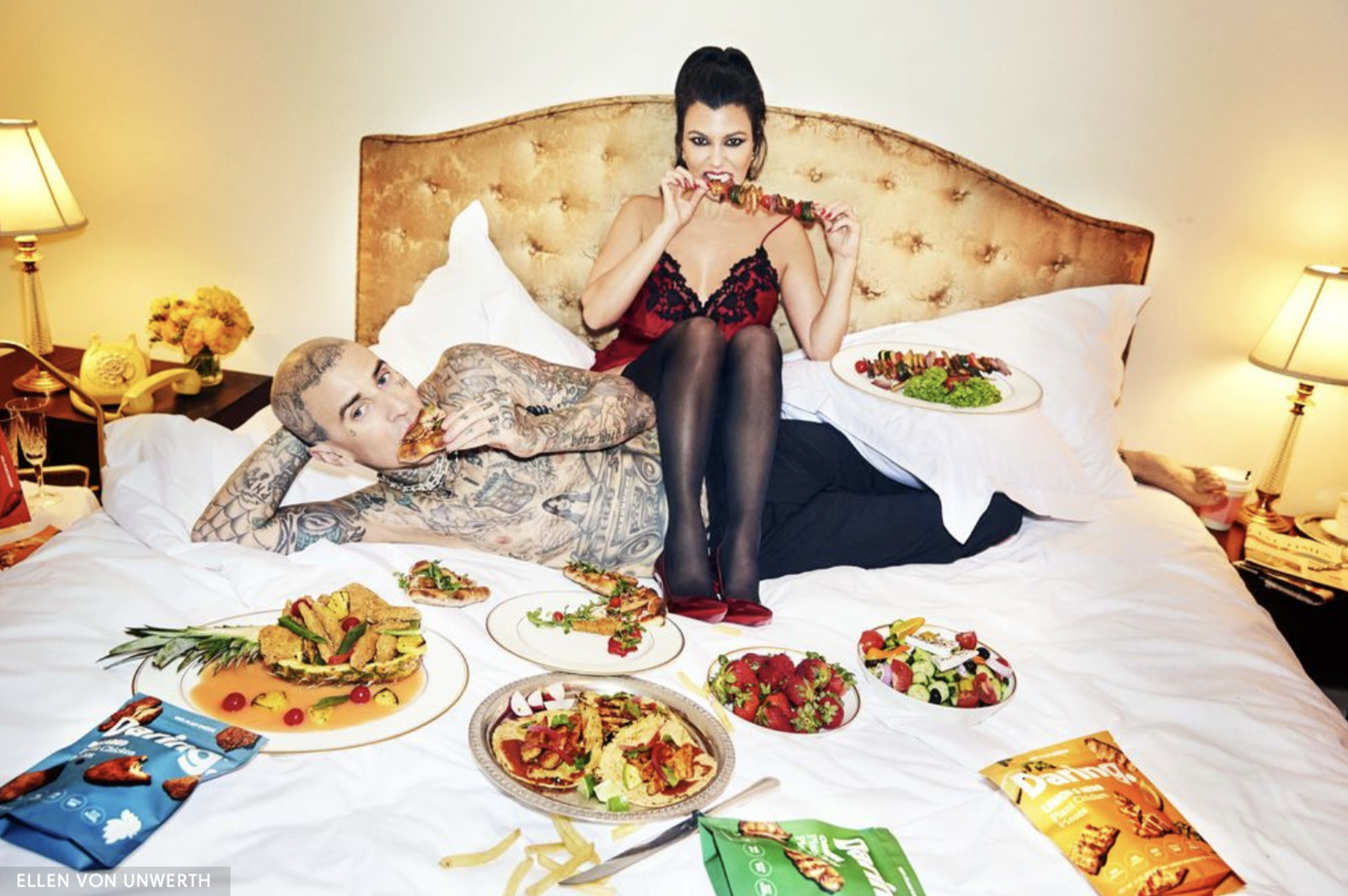 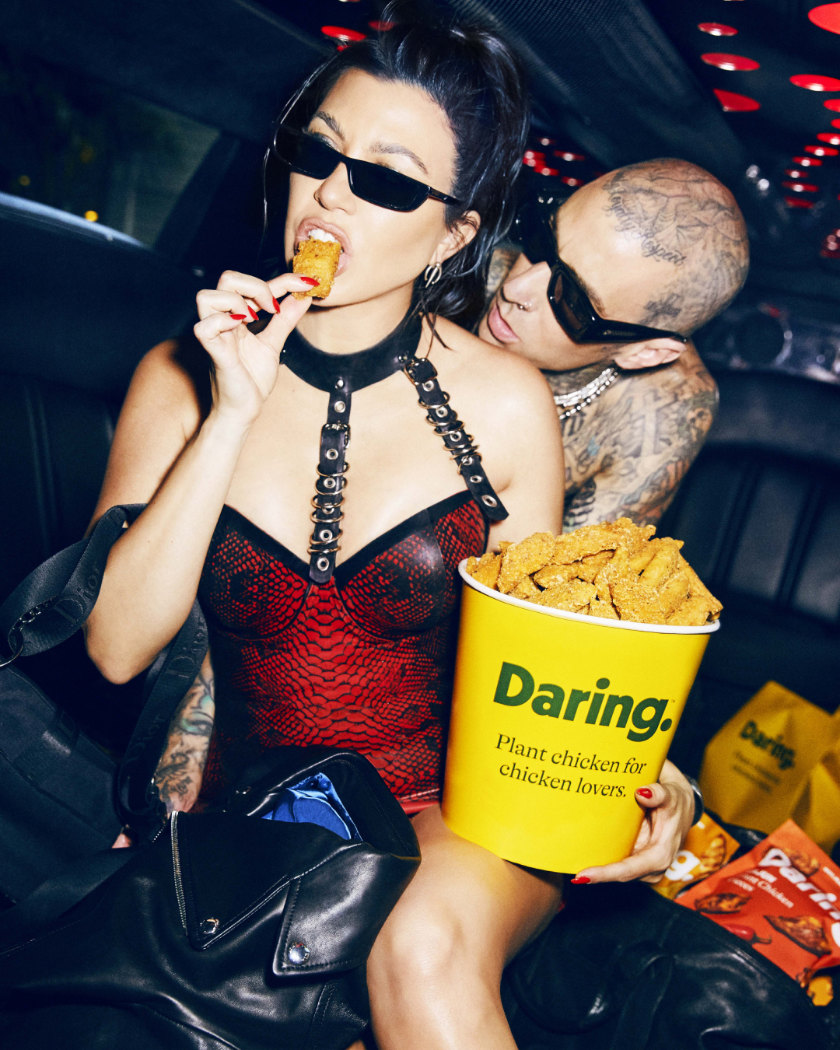 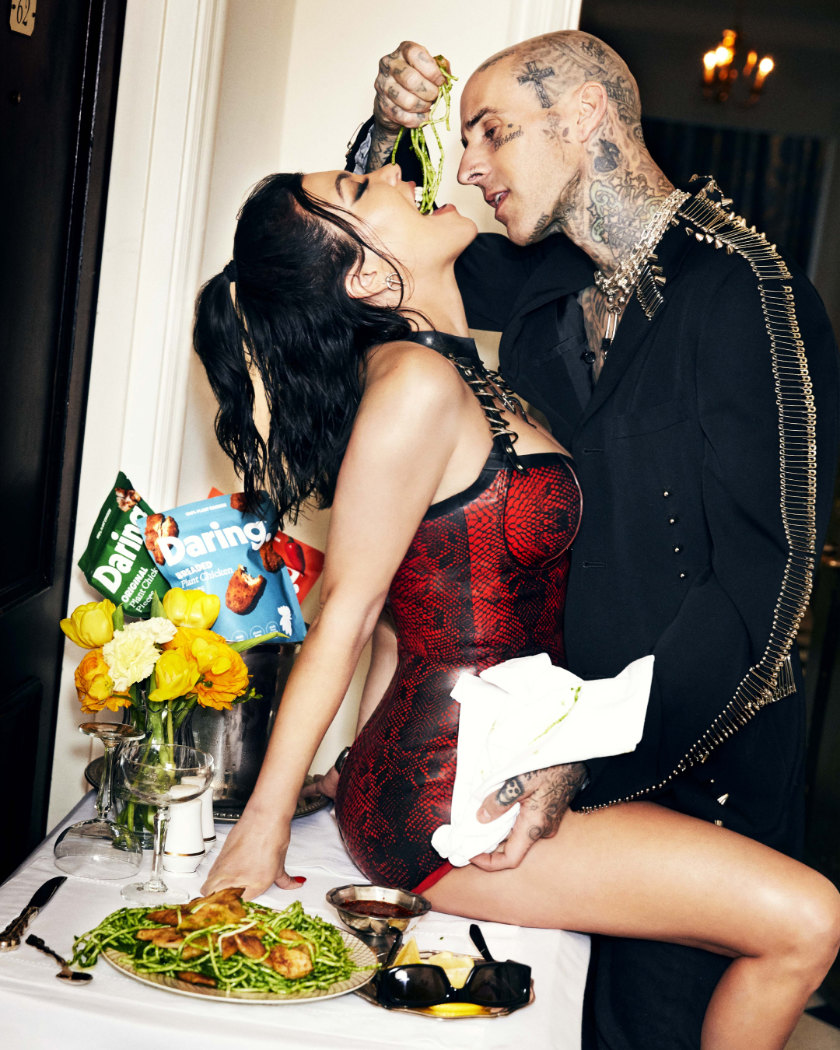 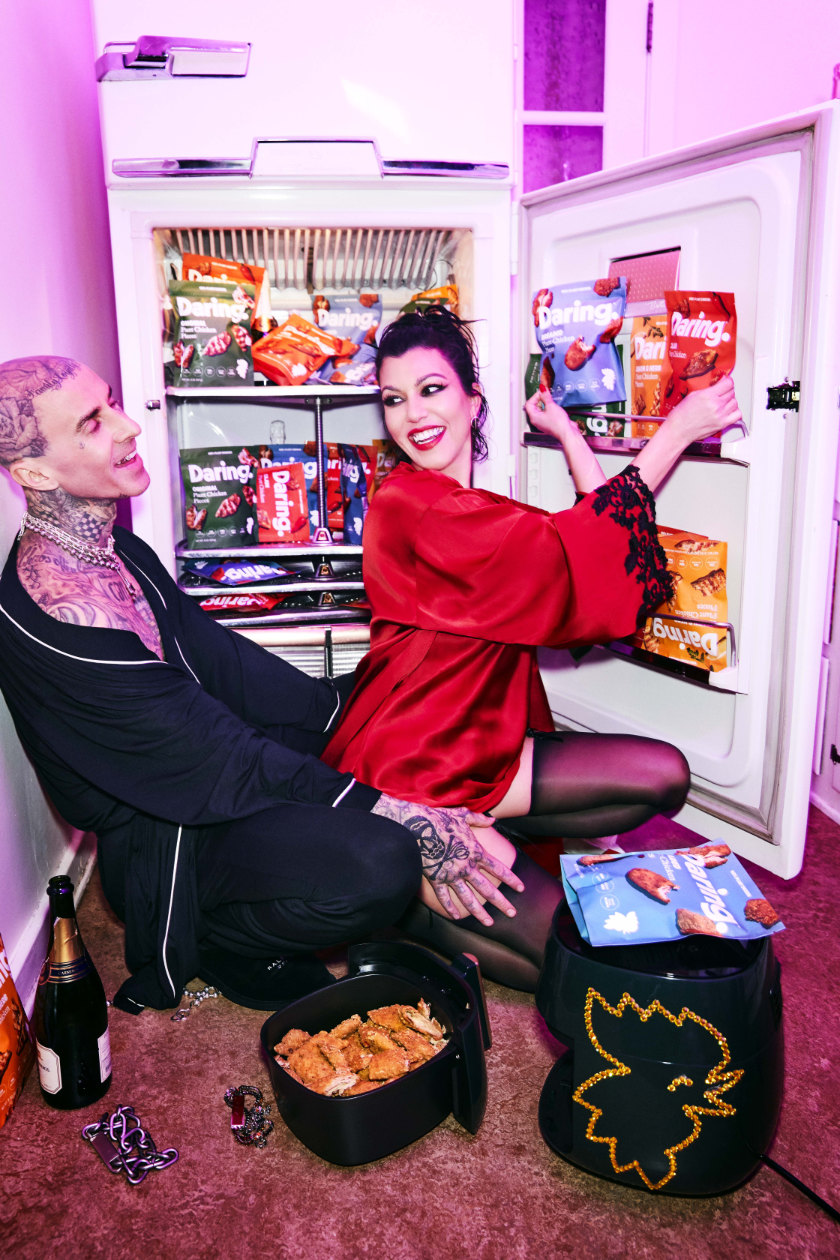 Newlyweds Kourtney Kardashian and Travis Barker are the models for Daring Foods, and are bound to raise the profile of the company’s Plant Chicken.

The campaign was shot two days after the couple’s Las Vegas unofficial wedding in April 2022, at Château Marmont in West Hollywood. Daring created four recipes for the couple, and will be made available on its online cookbook, Unclucked Eats.

The imagery tells the story of the couple arriving in a limousine with Daring Breaded Plant Chicken, and heading into their Château Marmont suite and getting playful.

The pair are known for their choice of healthy eating: Kardashian has been on a lengthy health and wellness journey and heads up her platform, Poosh, while Barker is vegan and an investor in Monty’s Good Burger, the vegan burger restaurant.

Daring is a one-to-one substitute for chicken, with nearly 50 per cent fewer ingredients than its competitors. It uses a flavour infusion process to create its Original, Breaded, Cajun, and Lemon & Herb varieties. Retail price in the US is US$7·50 for an 8 oz bag.

‘I’ve been on a health and wellness journey for the past 13 years, which has made me super-conscious of what I put into my body and my kids’ bodies,’ said Kardashian in a release. ‘I’m not fully vegan, but Travis has helped me keep to a mostly plant-based diet, which is so much easier with Daring. I honestly cannot believe how much it tastes like chicken. There are lots of plant proteins out there, but we’re always looking for options that are super clean with all-natural ingredients. That’s why I love Daring!’

Barker added, ‘I haven’t eaten meat since I was 13 years old, so really good plant protein is important to me. Daring is awesome, because it’s super clean and has all-natural ingredients. When I went fully vegan 15 years ago, the options were basically straight vegetables, so I’m excited to see more plant-based choices on menus—that’s why I invested in Crossroads Kitchen and Monty’s and why this partnership with Daring felt so right for Kourt and me.’

‘From the moment our partnership with Kourtney and Travis began there was clear synergy between Daring’s mission and their personal beliefs on plant-based eating and the positive impact it has on the environment. I could not be more proud to partner with them for Daring’s latest campaign and am grateful for their support and genuine love of our Plant Chicken,’ said Ross Mackay, Daring’s founder and CEO.