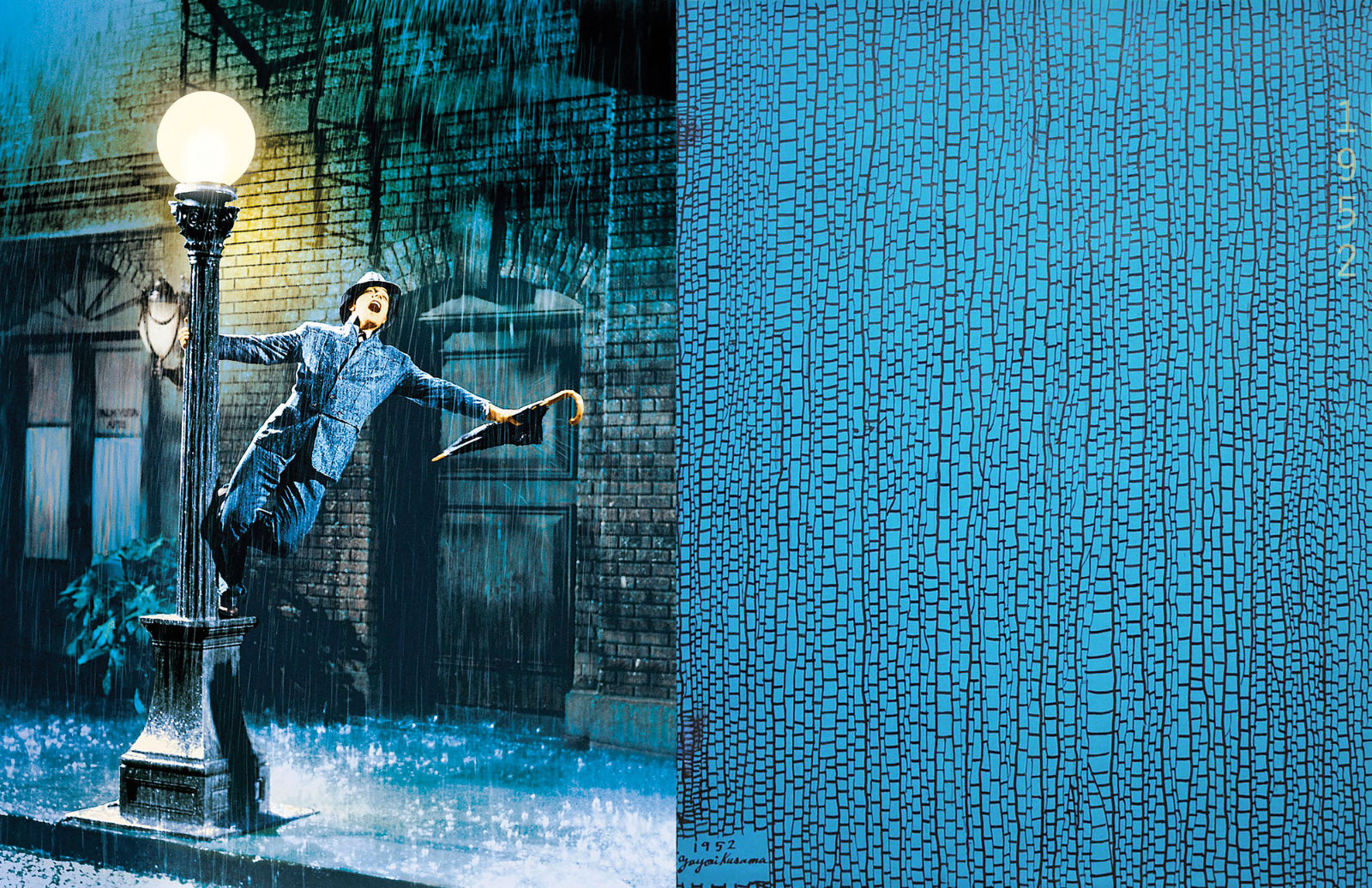 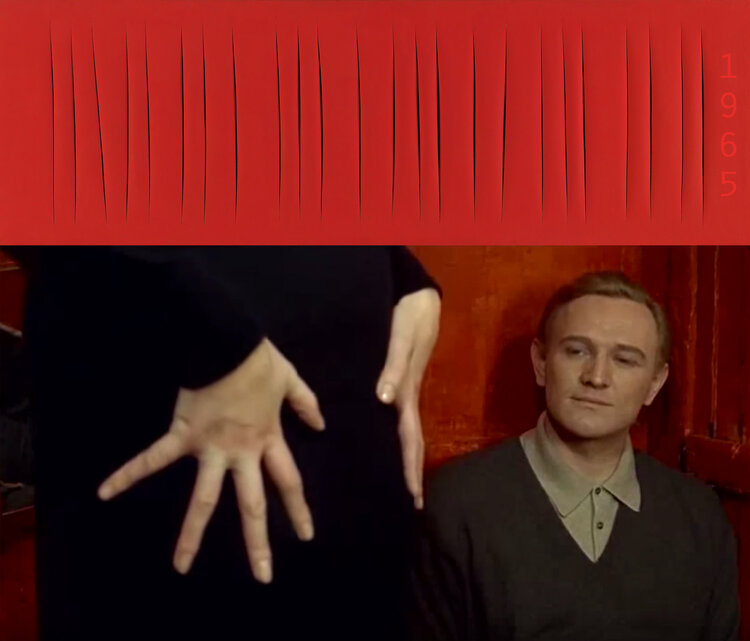 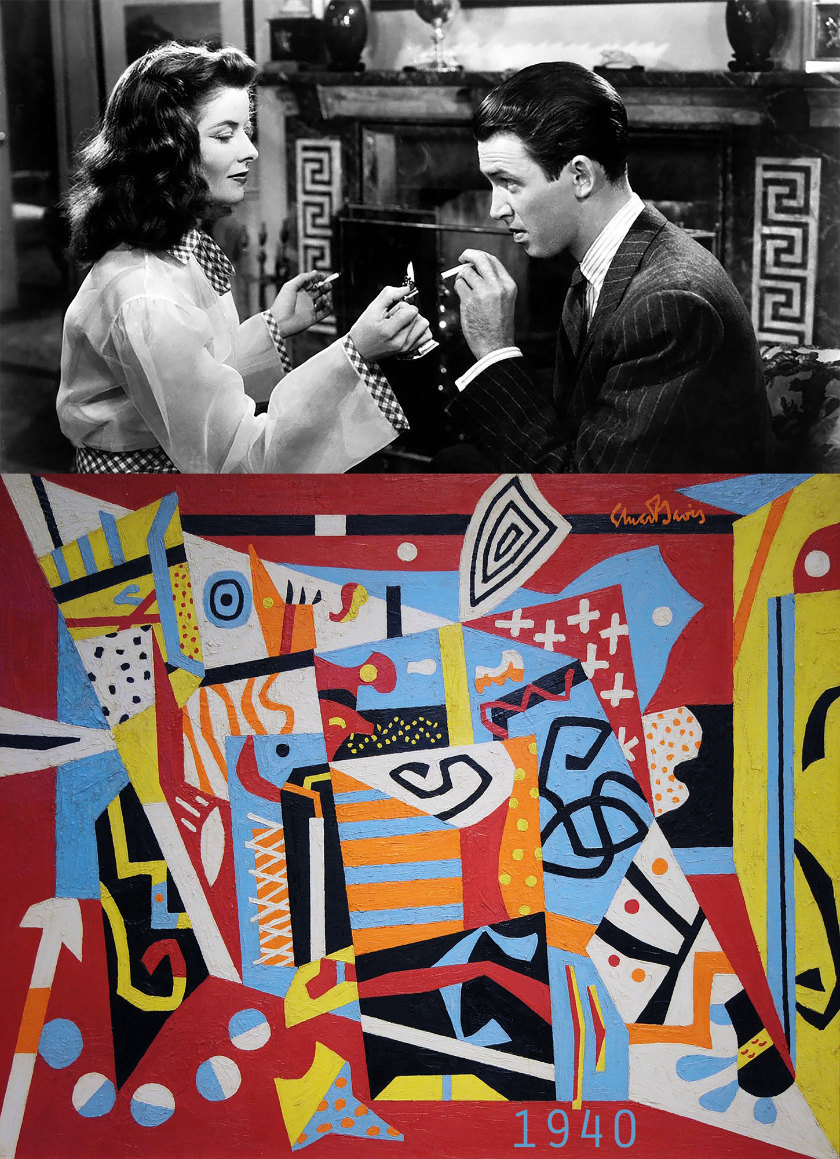 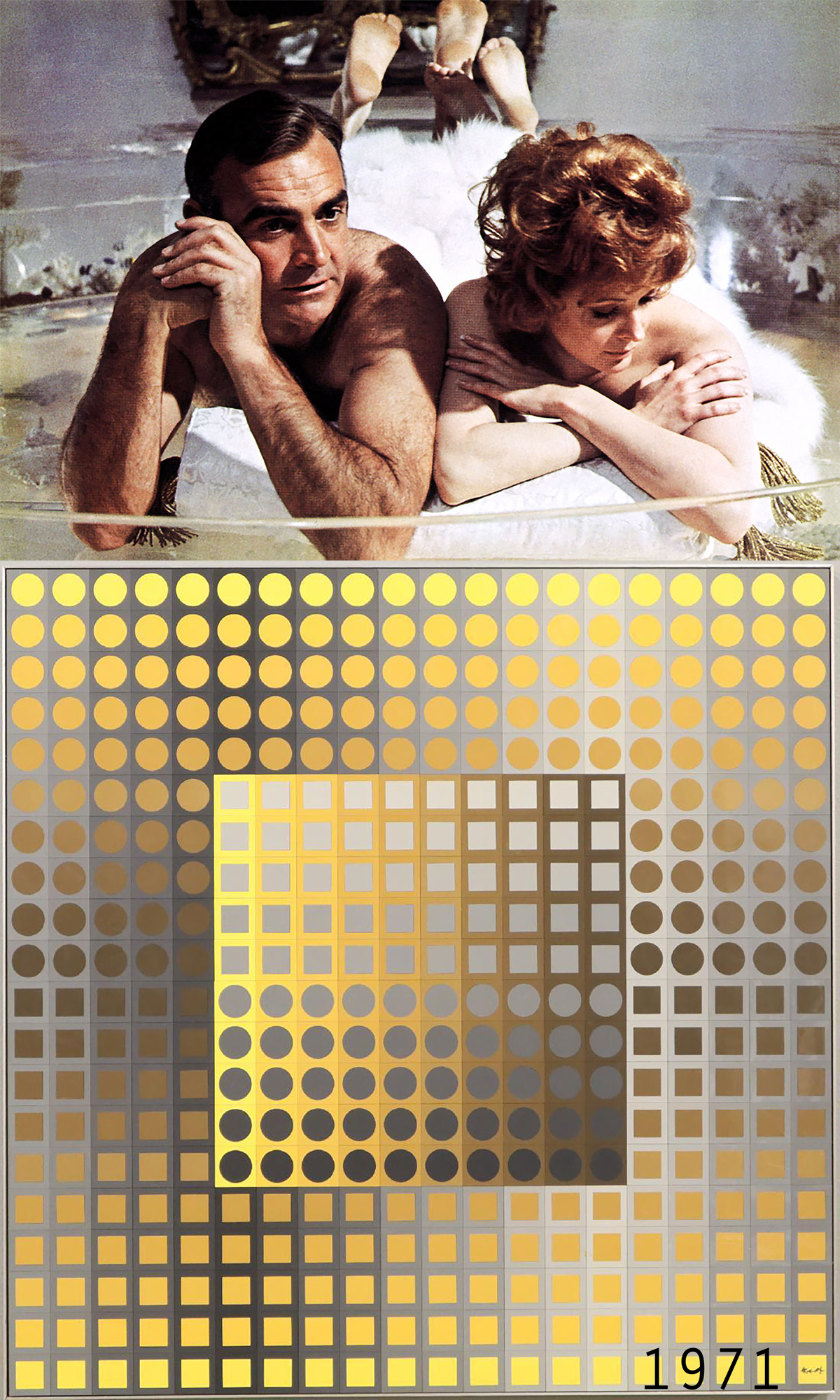 Bonnie Lautenberg’s pairings of film stills with artwork, for the years 1965, 1940 and 1971 (descriptions in text). Gene Kelly’s Singing in the Rain and Yayoi Kusama’s The Sea (1952) are in the header image.

What a wonderful way to bring art to more people, especially those who love film—and that’s a lot of us! In Bonnie Lautenberg: Art Meets Hollywood, on view till August 21 at the Boca Raton Museum of Art, artist Bonnie Lautenberg has paired existing works with iconic film stills in 28 diptychs. The one criterion that Lautenberg works with is that the film and the piece of art originate from the same year. The results are often surprising, and demonstrate a instinct for making connections that most of us might not notice till the still and the work are paired together.

Lautenberg has been working on the series for five years, and has not only made intriguing pairings, but she has discovered at least one connection between artwork and movie.

She pairs the 1965 movie Red Desert, directed by Michelangelo Antonioni, and one of the largest red paintings by artist Lucio Fontana, only to discover that Fontana was inspired by that very film.

‘This solidified my belief,’ she says. ‘Throughout art history, artists have always been influenced by some force going on in the world around them.

‘I started thinking about how artists who work in different art forms might have influenced each other. I decided to explore how one art form can influence another.’

The 1940 pairing is a personal one, using a Stuart Davis painting Hot Still-Scape for Six Colours—7th Avenue Style and a scene from The Philadelphia Story. The painting had been purchased by her father in 1960, but was eventually sold. It was ultimately donated to the Boston Museum of Fine Art, and when Lautenberg came across it, she saw it was still in the same frame it was in when it hung in their family home.

She has paired a still from 1952’s Singing in the Rain, starring and directed by Gene Kelly, with Yayoi Kusama’s The Sea. Kelly’s widow, Patricia Ward Kelly, attended the opening reception, and discussed the connections between the film and painting.

The exhibition runs concurrently at the Boca Raton Museum of Art with Art of the Hollywood Backdrop: Cinema’s Creative Legacy.

Lautenberg’s work has been featured at gallery shows, museums and art fairs throughout the US, and is currently on display at the New York Historical Society’s Center for the Study of American Culture. 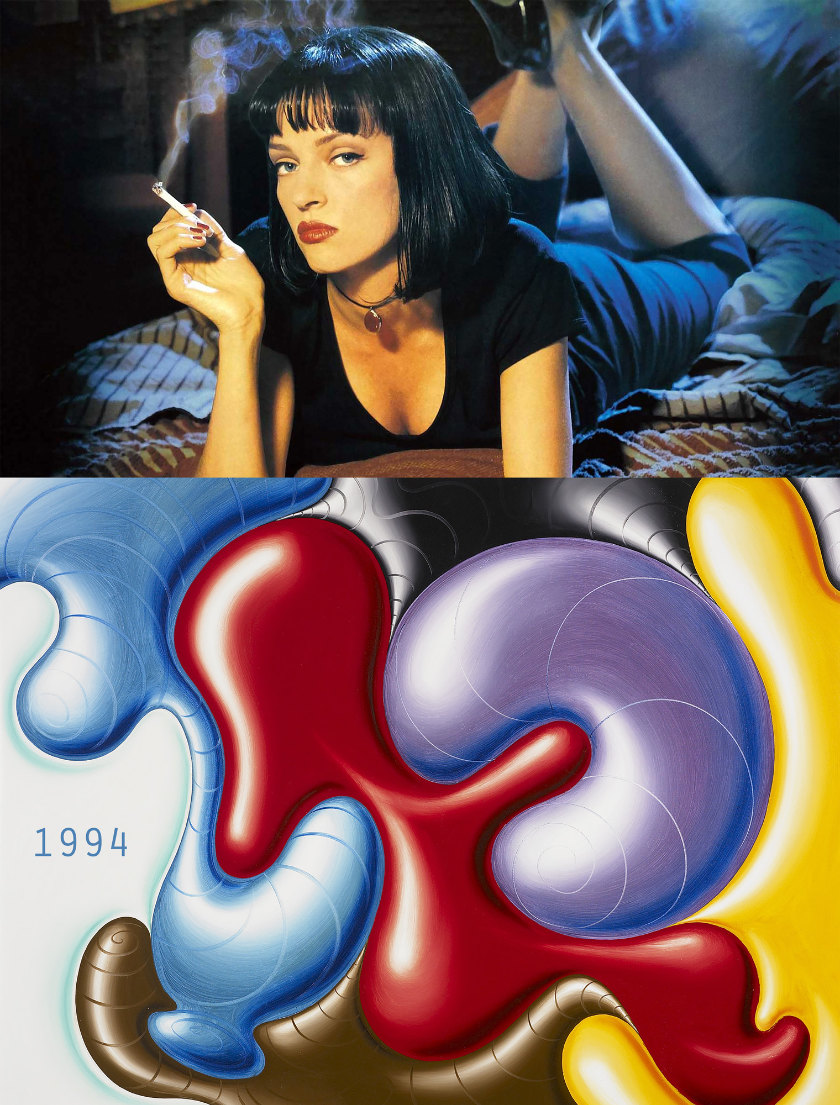 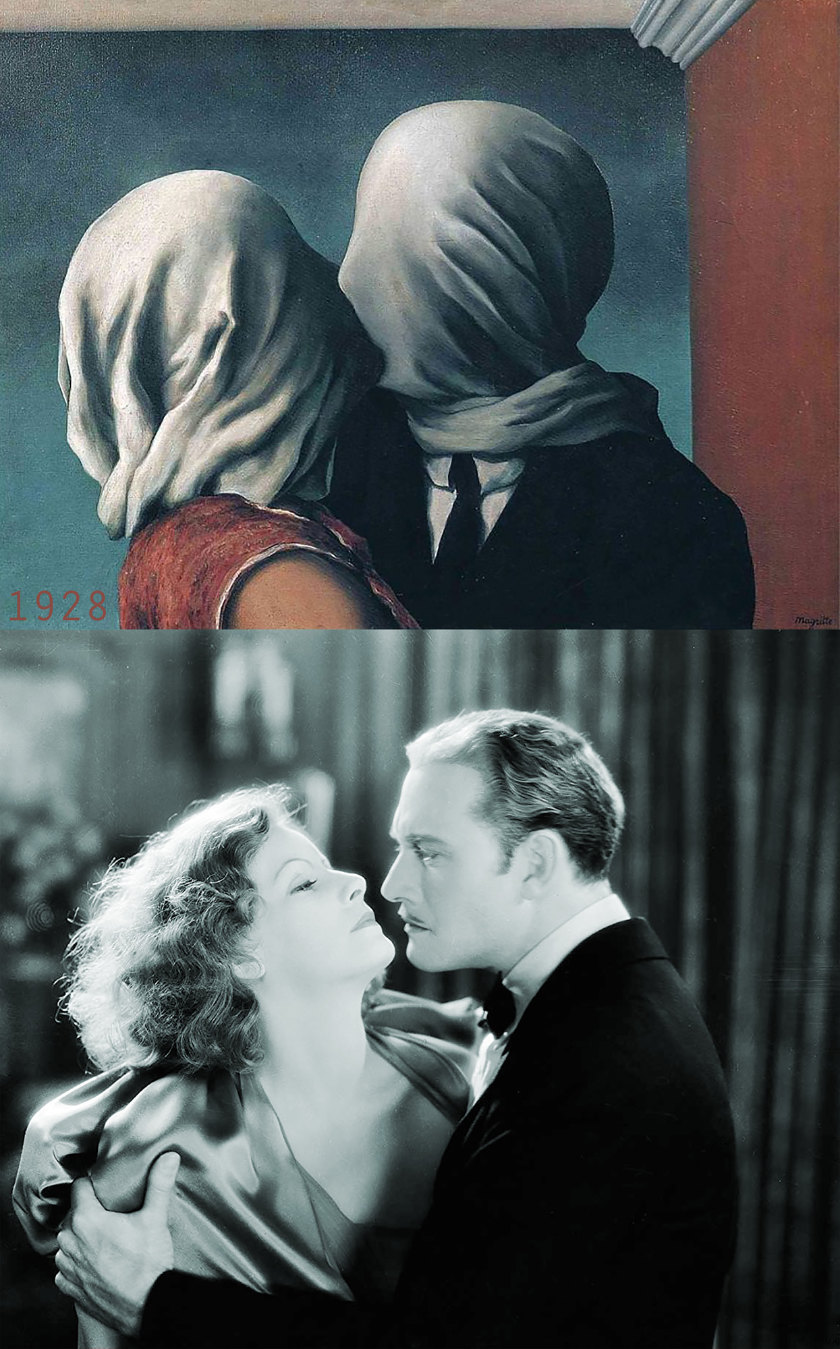 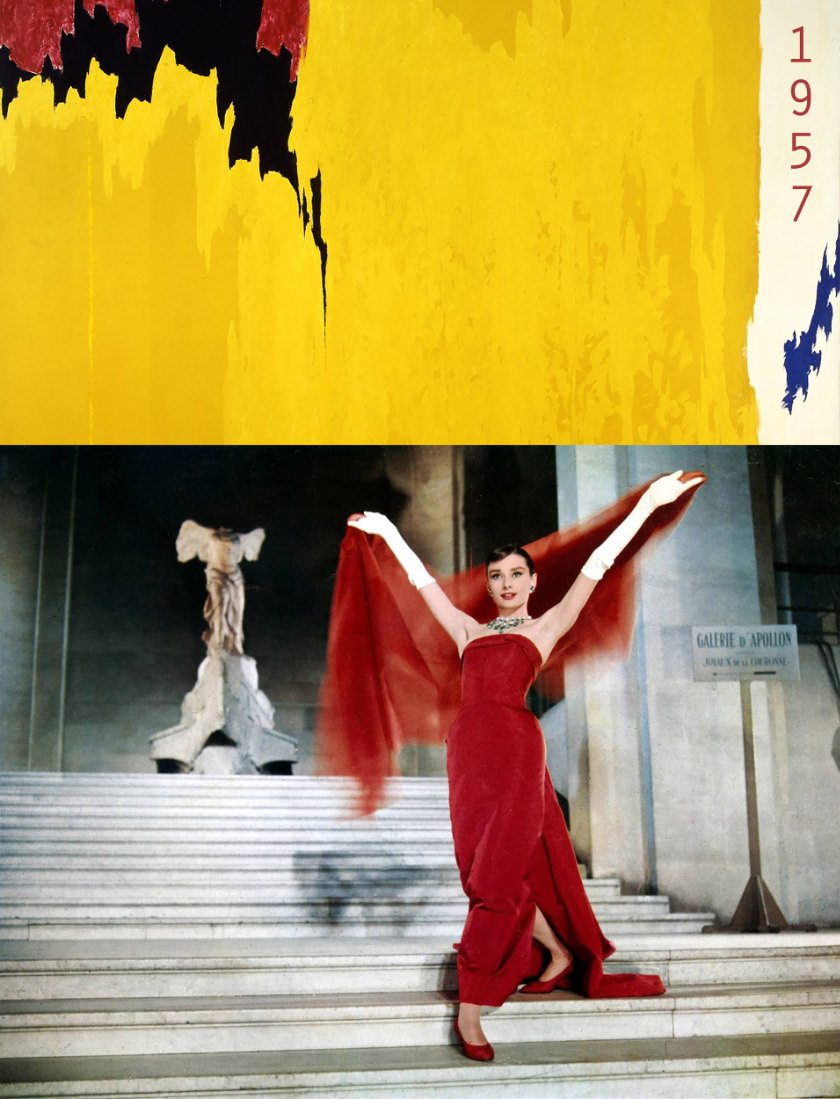 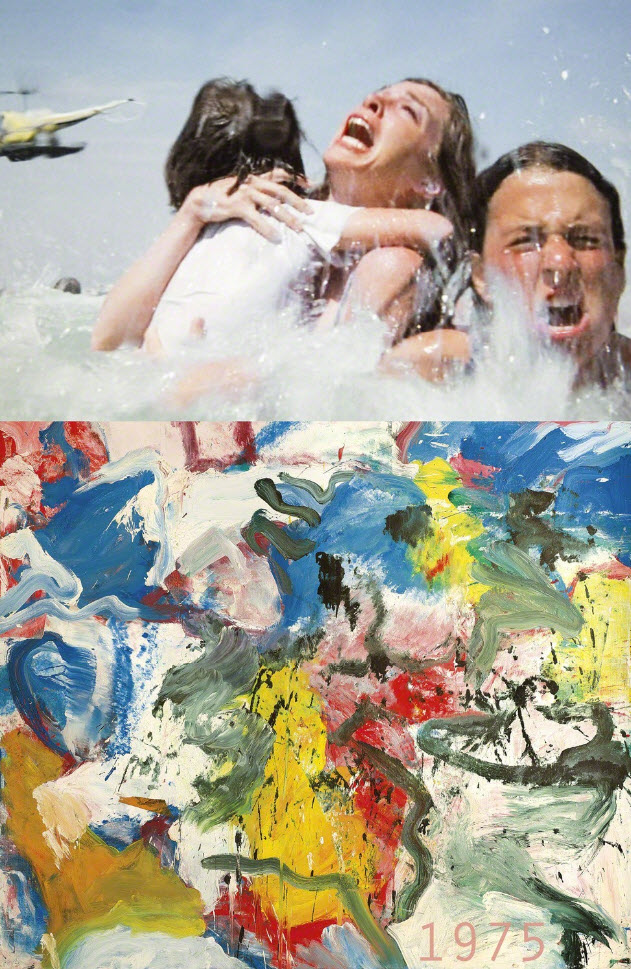 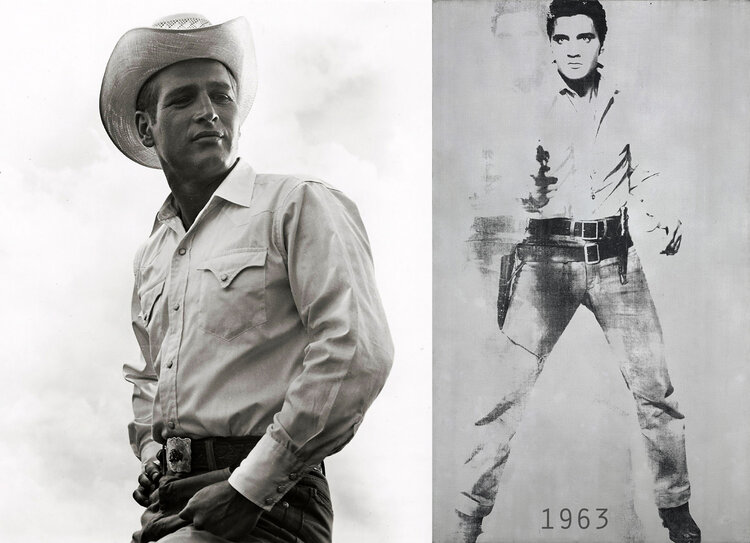 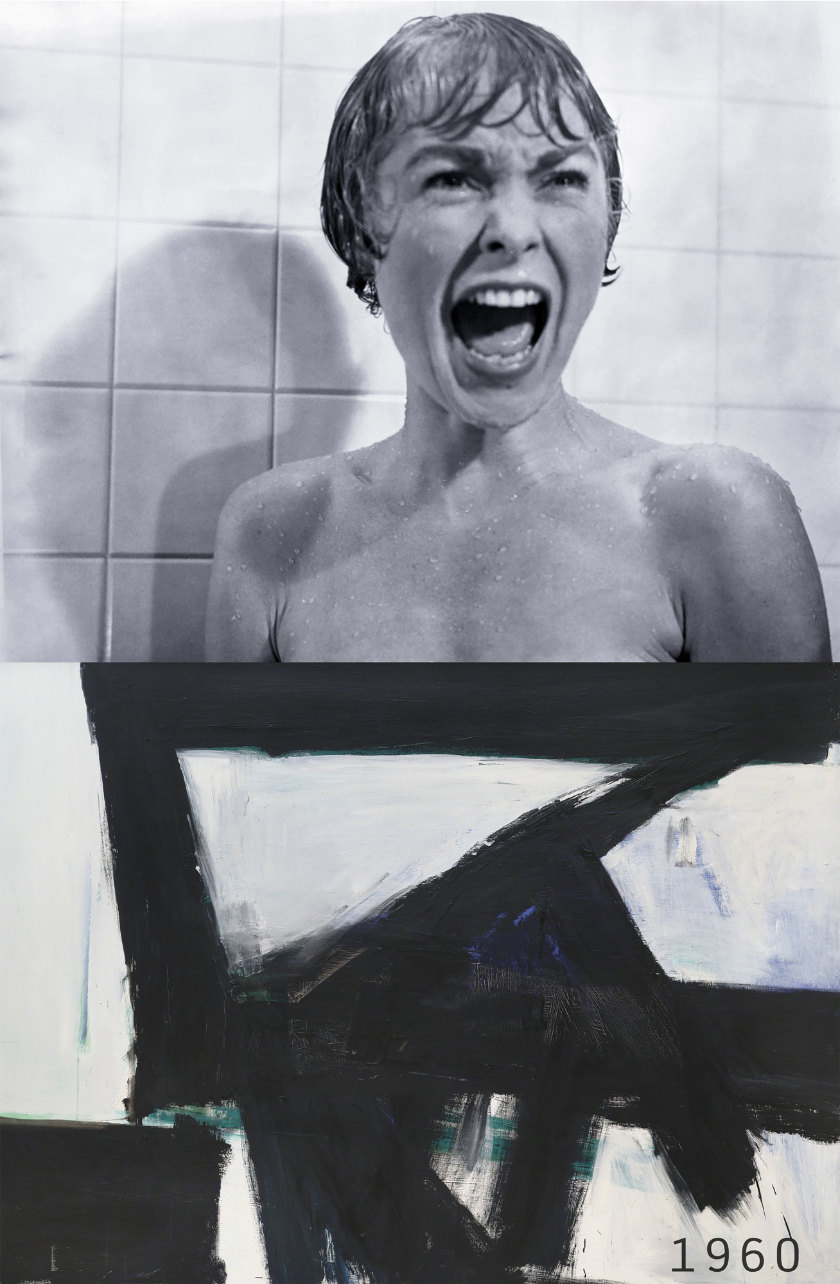 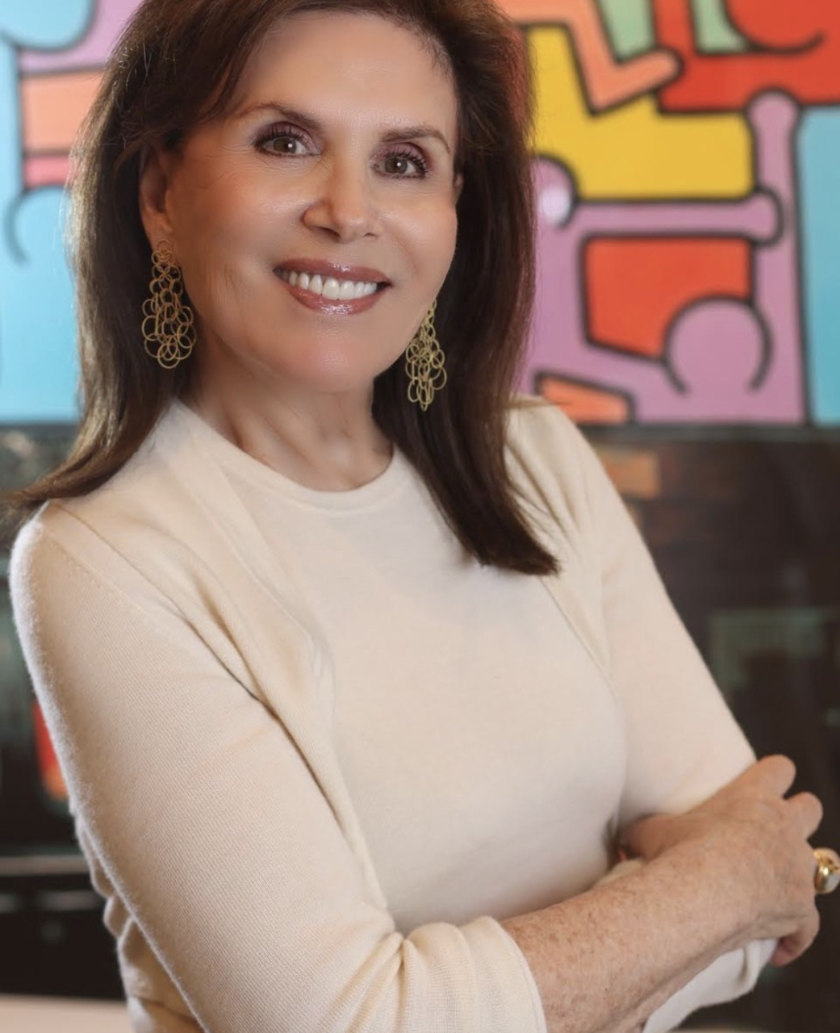