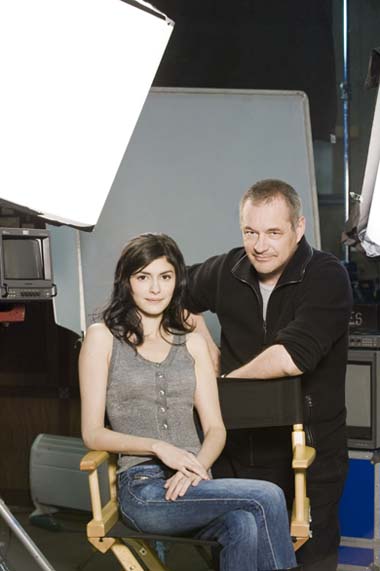 Chanel has chosen Jean-Pierre Jeunet to direct the next No. 5 advertising ﬁlm, starring actress Audrey Tautou starring in the lead role.
Jeunet had directed Tautou already in the César- and BAFTA-winning Le fabuleux destin d’Amélie Poulain (Amélie in English) and Un long dimanche de ﬁançailles (The Long Engagement). The Chanel advertisement will be the third collaboration between Jeunet and Tautou.
Tautou, born in the Auvergne region, is best known for Amélie and the ﬁlm adaptation of The Da Vinci Code, with Tom Hanks.
The advertisement will be shown in 2009.
Chanel is no stranger to artistic commercials. Its 2007 ﬁlm for its Rouge Allure lipstick was directed by Bettina Rheims and starred Swiss model Julie Ordon.