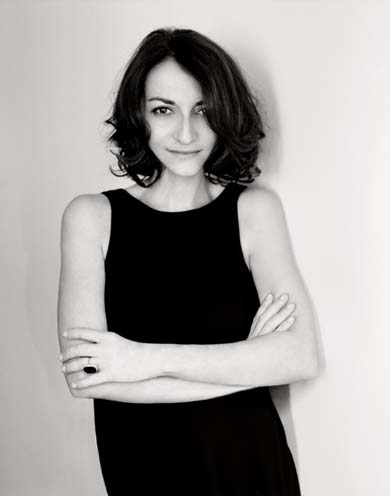 Above Nathalie Rykiel, President and Artistic Director at Sonia Rykiel.

Sonia Rykiel will be the next guest designer for Hennes & Mauritz (H&M), the Swedish company announced today.
Rykiel follows a long line of famous designers, including Roberto Cavalli, Stella McCartney, Karl Lagerfeld and Viktor & Rolf, who have created accessible collections for the mass-market retailer.
Her designs will be for the winter 2009 and spring 2010 seasons, and will include lingerie and related accessories for the ﬁrst time. The initial exclusive pieces hit the stores on December 5, with the collection being launched in 1,500 locations worldwide.
In addition, Rykiel will make her lingerie collection available in her major boutiques, marking another ﬁrst.
A second collaboration for spring 2010 features a knitwear collection for women and girls aged 1½ to 8, launching at 250 H&M stores on February 20, says the company.
‘Sonia Rykiel is a true fashion icon who invented a signature style around femininity, Parisian chic and modernity—as well as functional, comfortable, wearable clothes. She has an attitude that inspires admiration among women of all ages around the world,’ said H&M creative adviser Margareta van den Bosch in the company’s release. ‘We loved the joyful chic of Sonia Rykiel’s 40th anniversary runway show—and in that spirit this collection is all about revelling in great lingerie for its own sake. This is a totally modern, new kind of lingerie look, and when we started to work together with Rykiel on it, we just couldn’t stop.’
‘The Sonia Rykiel pour H&M lingerie collection is the ideal way to offer the essence of Rykiel to a great number of women around the world, and a beautiful way to close the year. The knitwear collection is perfect for welcoming a colourful new season,’ says Nathalie Rykiel, president and artistic director of Sonia Rykiel.
Sonia Rykiel founded her company in Paris in 1968, with her daughter, Nathalie, joining in 1975. It remains family-owned.