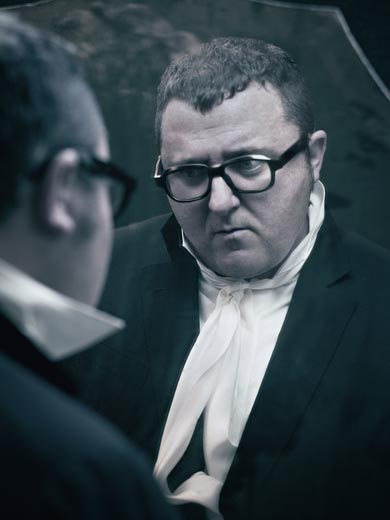 The mystery designer in the Hennes & Mauritz video shown a few days ago at Lucire has been revealed as Lanvin menswear designer Lucas Ossendrijver.
Ossendrijver and Lanvin artistic director Alber Elbaz are the two who will play a part in H&M’s designer collaboration this autumn.
Elbaz, presumably, designed the womenswear collection, while Ossendrijver has been behind the men’s.
Both collections will be unveiled on November 2 and will be on sale in 200 H&M stores on November 23.
‘H&M approached us to collaborate, and see if we could translate the dream we created at Lanvin to a wider audience, not just a dress for less,’ says Elbaz in a release. ‘I have said in the past that I would never do a mass-market collection, but what intrigued me was the idea of H&M going luxury rather than Lanvin going public. This has been an exceptional exercise, where two companies at opposite poles can work together because we share the same philosophy of bringing joy and beauty to men and women around the world.’
H&M creative adviser, Margareta van den Bosch, says customers should prepare themselves for ‘wonderful surprises’ when the collection is unveiled in November.
Elbaz’s promotional video for H&M features below.