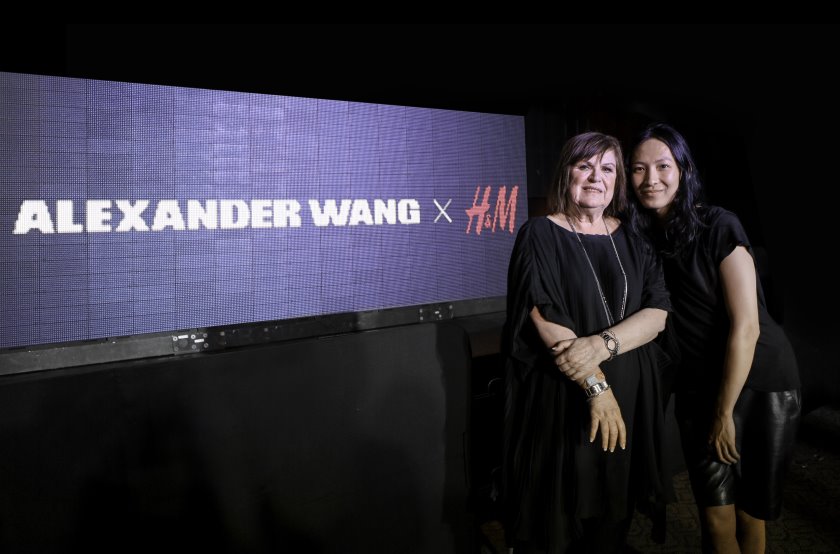 Alexander Wang (王大仁) is the next designer to collaborate with Hennes & Mauritz, with the announcement made on Saturday at the Coachella Music Festival in Palm Springs, Calif. Online above is video footage from the event, featuring interviews with Wang, Kate Bosworth and Emmy Rossum, along with highlights from the party.
Wang is the first American to collaborate with H&M in a series that began in 2004, and has seen team-ups with Karl Lagerfeld, Comme Des Garçons, Sonia Rykiel, Roberto Cavalli. Stella McCartney, and Viktor & Rolf. The collaboration will be called Alexander Wang × H&M.
A beaming Wang says, ‘It’s such an honour. H&M is a brand with so much creativity and they’ve done something so different with these collaborations, and I am so excited to be a part of it with the 10th year anniversary and also be the first American brand that they have collaborated with. It’s really exciting and we have a lot of stuff that’s going to be new for the collaboration that I’m just really excited to reveal in November.’
In his release, he notes, ‘I am honoured to be a part of H&M’s designer collaborations. The work with their team is an exciting, fun process. They are very open to push boundaries and to set a platform for creativity. This will be a great way for a wider audience to experience elements of the Alexander Wang brand and lifestyle.’
Bosworth says, ‘I’m so excited for Alex. I’ve known him for such a long time and been an admirer for just as long, and I just live seeing all the success at the moment. H&M is such an accessible label and there is something so inspirational obviously about Alex, and I’m really excited to see what he brings to the brand.’
Rossum adds, ‘Because I love Alex and I’ve been waiting for so so long for him to ask me to do anything … I was happy that I could do something in advance so I could finally wear something of his. I think it’s awesome [he] is doing something for H&M and making it more accessible.’
Wang’s label was launched in the 2007 and known for its contrasts. The Alexander Wang × H&M collection will have womenswear and menswear, and the Swedish retailer says he will ‘propose a new take on the lifestyle product offering that goes beyond fashion.’
Margareta van den Bosch, H&M’s creative adviser, says, ‘Alexander Wang is one of the most important voices in fashion today. He understands exactly what people want to wear and does it with an energy and passion that’s infectious. It feels incredible to be collaborating with him this year.’
The collection will be available in 250 H&M stores worldwide and online, from November 6.