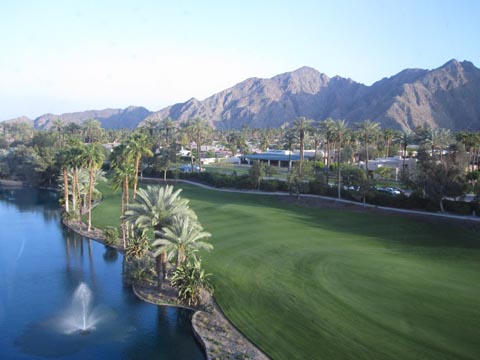 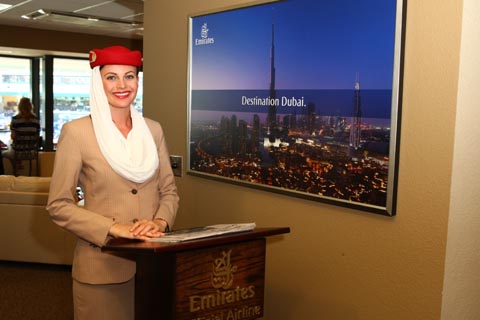 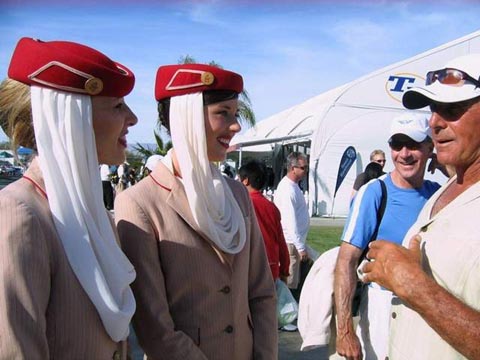 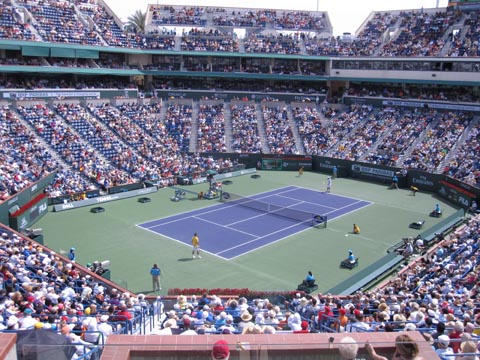 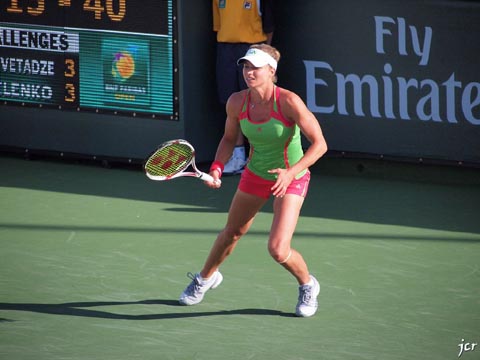 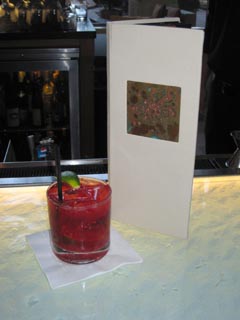 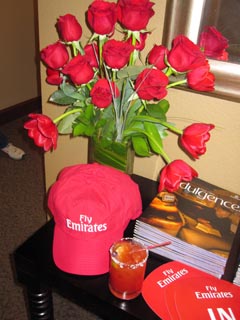 While ﬁlm buffs look to Hollywood as the physical embodiment of America’s “good life”, Indian Wells (two hours from LA without trafﬁc, and just east of Palm Springs) takes on a similar glow when the BNP Paribas Open comes to town in March. Instead of rolling out the red carpet, of course, the stadium rolls out its green carpet to the international A-listers of the tennis world. With Hollywood and Palm Springs nearby, actors and veteran players came to Indian Wells to pay tribute to their favourite stars. At the 36th edition of the international tournament, Ben Stiller, Christine Taylor, Boris Becker and John McEnroe were in the stands with record crowds (350,000-plus fans) to see who would emerge as the ones on top of their game.
In the women’s, Denmark’s Caroline Wozniacki captured the title, while Novak Djoković of Serbia gave Switzerland’s Roger Federer a run for his money, not only on the court but with his own screaming, ﬂag-waving fans who gave him a real rock-star reception.
Second-year sponsor Emirates Airlines, meanwhile, provided excitement and a touch of luxury off the court. They returned with their breakthrough attraction from 2010, the Emirates Fastest Serve cage, allowing fans to embrace their inner Djoković or Wozniacki to see how fast their serve is and win prizes such as two round-trip Business Class tickets to Dubai. Fans could also to win a trip to Dubai is through the ‘Emirates Racquet Return’, where they could donate their old rackets to the airline’s tennis charity which passes the rackets and opportunities to learn tennis to inner-city youth in the US, Canada and other countries. At the “red cap” event on opening day (March 12), one lucky fan sporting a signature ‘Fly Emirates’ cap won a vacation.
Attendees on the ground, win or lose, could still experience Emirates’ luxury cabin service by purchasing tickets to the Emirates Garden Club restaurant, and VIPs could enjoy a similar experience inside the Emirates Stadium Club, a luxury suite offering food, beverage and comfort to watch the matches. Even with fabulous, fresh hot dishes and sushi, however, there was plenty of information about Emirates on hand to entice people to take their next trip on the airline (whose service includes Los Angeles, New York and Auckland). That said, watching the decisive Djoković–Federer match with a panoramic view of the game and the crowds would be a dream true for any serious tennis fan.
Off the court, Team Emirates made itself at home at the posh and nicely appointed Renaissance Esmeralda Resort, where they could catch match highlights over artisanal cocktails and high-style pub fare at Glo, refuel on a fabulous and fresh full-course meal at Sirocco, or dance off the cares of the day at Stir, the in-house nightclub that proves quite agreeable to a multi-age crowd (21–65) via sweet drinks and attentive DJs playing a peppy mix of ’70s, ’80s and present day dance tracks (and will honour requests for reggaeton music if you ask nicely). The spa, Jacuzzis and outdoor lounging couches with ﬁre pits were also lovely—an oasis to be exact.—Elyse Glickman and Leyla Messian

One thought on “The 2011 BNP Paribas Open: having themselves a ball”