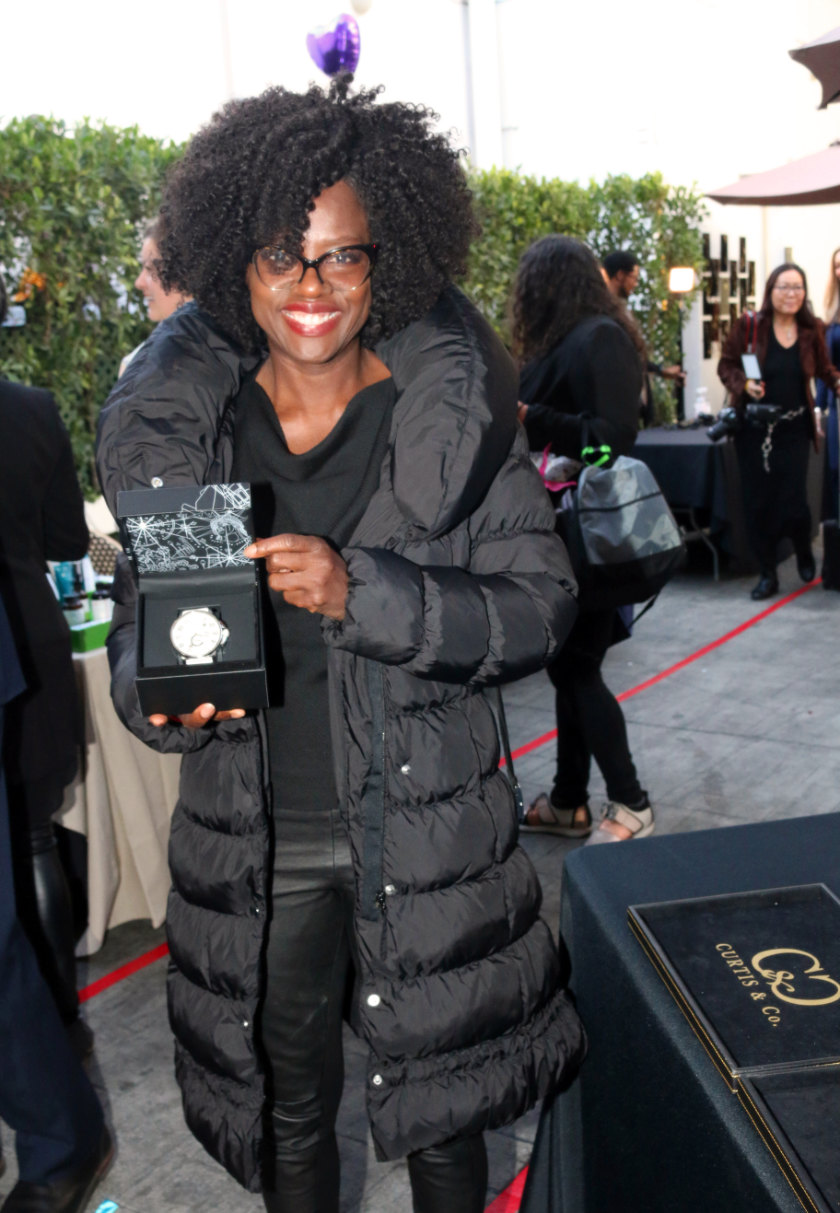 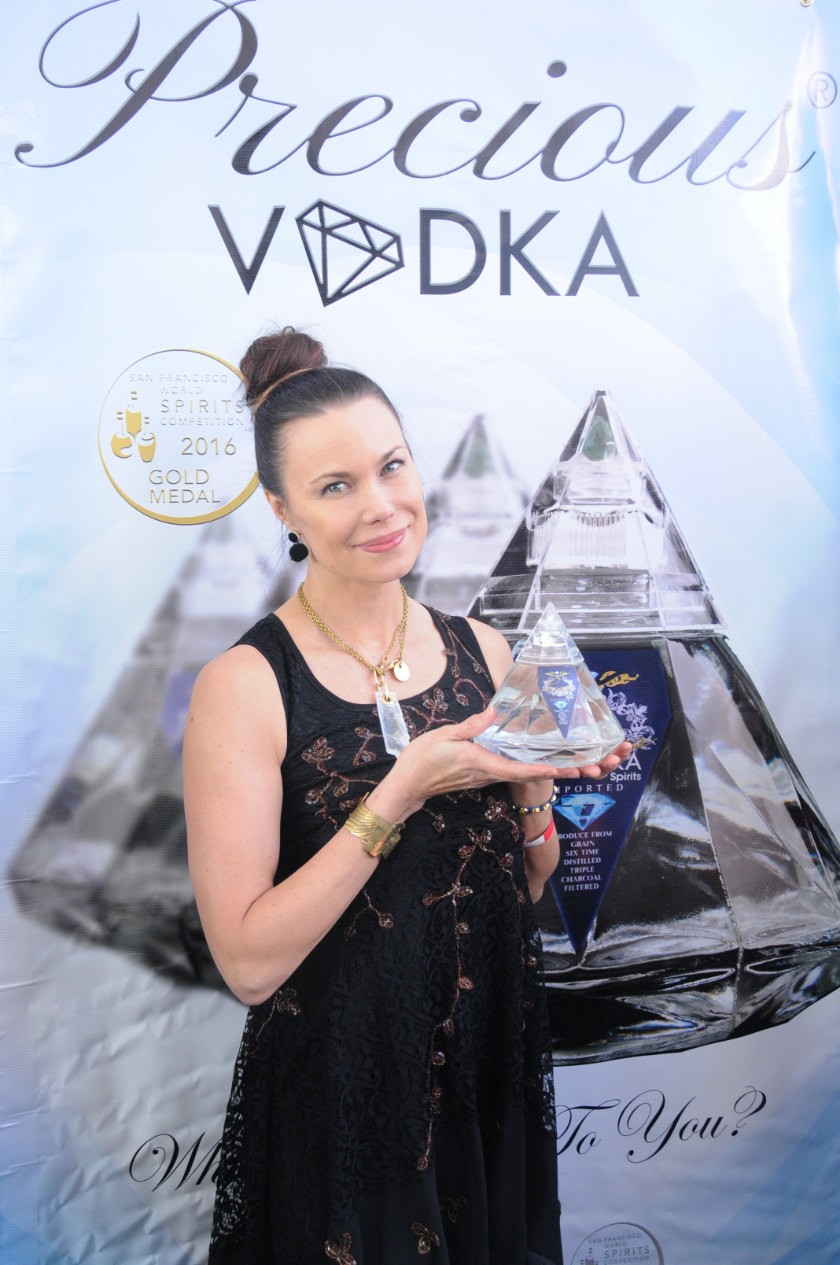 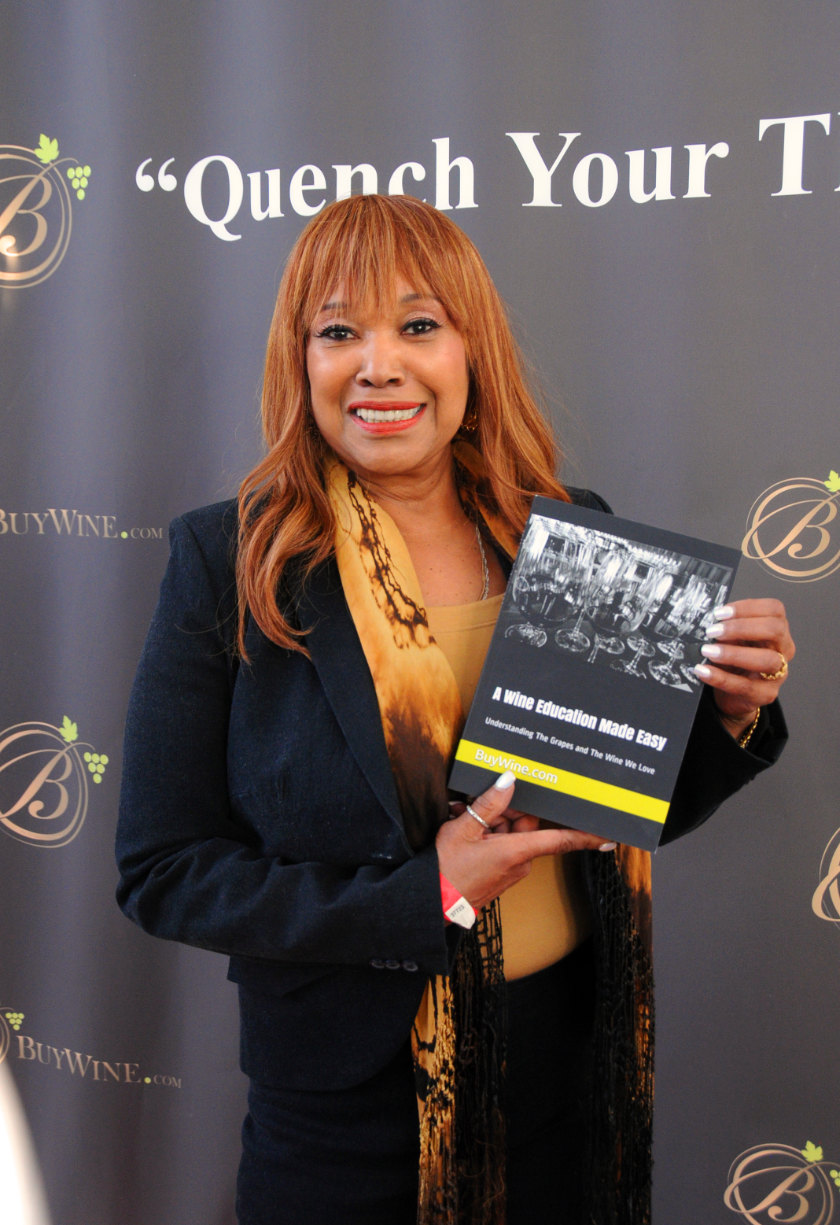 Twenty seventeen was an epic roller-coaster year for Hollywood, between the watershed #MeToo movement, all-encompassing political turmoil, and changes in the public’s moviegoing habits and tastes. Therefore, there was something civilized about starting this year’s Oscar week with Doris Bergman’s milestone anniversary event to stand on its own.
The guest list was eclectic as always, with an interesting mix of film and television stars as well as behind-the-scenes talents. Oscar winner Viola Davis and Oscar nominee Bruce Dern joined multi-Grammy Award-winning Anita Pointer, Jake Busey (The Predator), Michael Campion and Juan Pablo Di Pace (Fuller House), Steven Bauer (Ray Donovan), Matt Murray (9JKL), Rex Lee (Young & Hungry), Dot Marie Jones (Glee), Jillian Murray (Code Black), Dean Geyer (Glee), Joely Fisher, Marilu Henner, Maria Conchita Alonso, Naomi Grossman (American Horror Story), Primetime Emmy winner Patrika Darbo, comedian Judy Tenuta, Philip Boyd and Rénée Lawless (The Haves and Have Nots), and Richard Grieco, to name a few.
Just as the cooler-than-usual weather provided a refreshing change of pace, so did the timing of the event and even the sponsors. The party was on a Saturday afternoon, and attendees tended to linger and socialize over a brunch with all the fixings. Rather than roll out a nominee-specific movie-inspired evening bag, Timmy Woods crafted the perfect accessory for progressive women wanting to assert they could embody concept of patriotism on their own terms.
Newcomers to the event included Precious Vodka, stylishly packaged in diamond-shaped carafes; semi-matte lipsticks in wearable, saturated hues from Impromptu; playful beauty products and pampering goods from BeautyKitchen.net; and affordable Scribble watches by Chalk in crayon-bright hues. There was even a touch of the utterly practical with mortgage lending company GuaranteedRate.com distributing information along with toasty Burberry-inspired blankets some guests immediately put to good use.
Hypo, a Denver, Col.-based company offered a collection of classic and nearly weightless sport shoes and accessories for men and women. Owner and CEO Sal Coca affirmed his goal was to see the Hypo name next to Nike in stores some day. Based on the enthusiastic reaction to the shoes by celebrities and other attendees, it appeared Sal was off to a running start.
The same could be said for Nail & Bone, a Los Angeles-based nail polish line with eight shades that are cruelty-free, vegan, certified by Leaping Bunny, and made in the USA. Some of the shades are packaged as collections with a celebrity affiliation including Halle Berry’s company, Hallewood, and the Maliboo Ziegler Collection with Melissa Gisoni (Mom to Maddie and Kenzie Ziegler).
‘We believe that all animals have a right to a safe, healthy life, so we created a nail polish line for humans who supports pet rescue and adoption,’ said co-founder Steve Wiseman. ‘Giving back is an important part of our mission, so we donate 20 per cent of the proceeds to charities supporting pet rescue and adoption. Each purchase has a purpose to make a difference and help improve a dog’s life.’
Many familiar hallmarks were still in place. The venue was still Fig & Olive, and the spotlight charity was Wednesday’s Child, assisting teens and older children in foster care. Lead sponsor was Buywine.com, who served a variety of fine wines from Napa, Calif. boutique wineries as well as sparkling cava wines from Spain. Hint provided non-alcoholic refreshment with its fruit-infused waters.
Art Lewin Bespoke Suits & Tuxedos and Sue Wong showed up to provide assistance and inspiration for red carpet-ready style for VIPs either headed to Oscar-night galas or even their own home-grown Oscar parties. Olympia Luggage returned with stylish luggage and backpacks tailored to the ever-increasing realm of baggage restrictions. Pampered Pets Playhouse, meanwhile, had amply stocked ‘go-bags’ for well travelled dogs and their worldly pet parents.
On the casual front, My Saint, My Hero brought their classic “blessed” bracelets in new colours, and Twisted Silver rolled out a new collection that reflected its return to its “found object” roots by mixing foreign coins, repurposed cutlery, recycled leather, and rough and semi-precious stones into arty pieces. Hillel Rzepka (a.k.a. the Heartist) brought his portable workshop in so guests could watch him work his magic live.—Elyse Glickman, US West Coast Editor 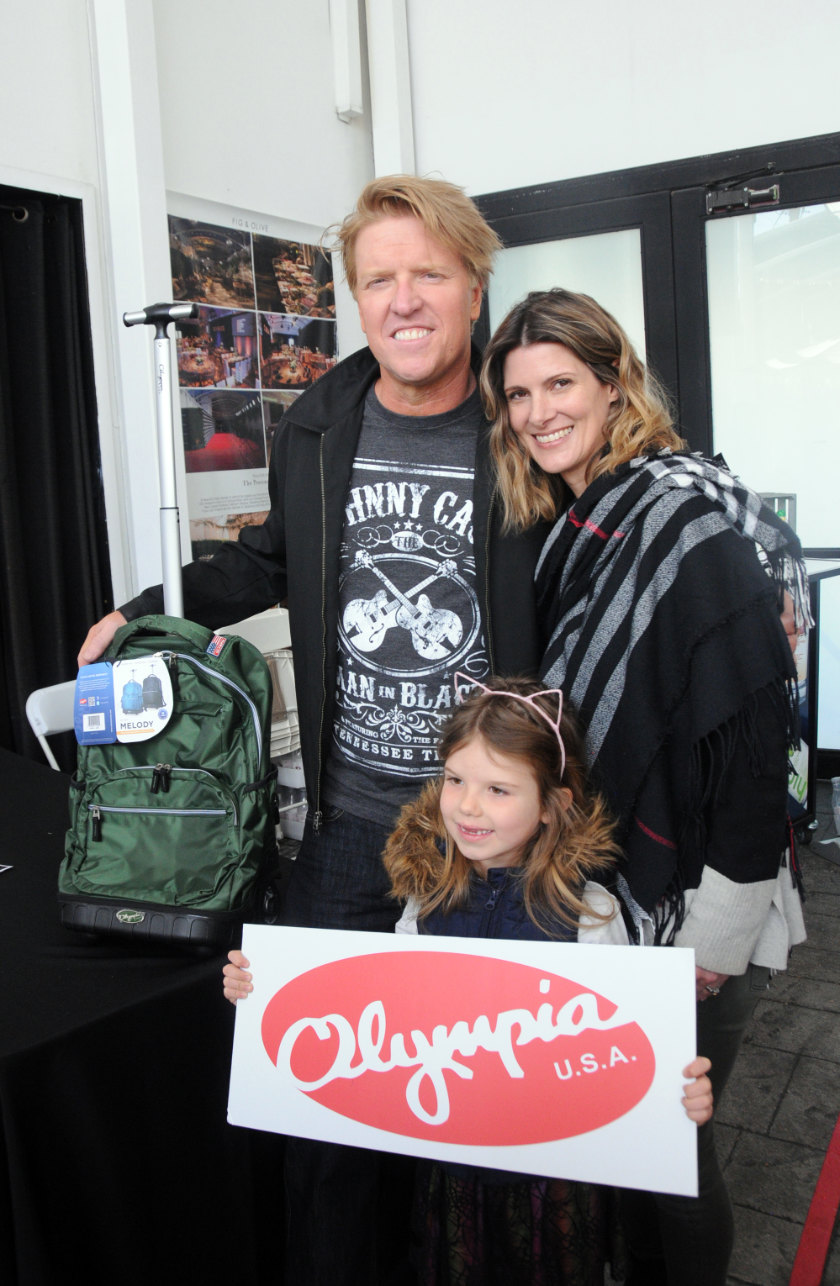 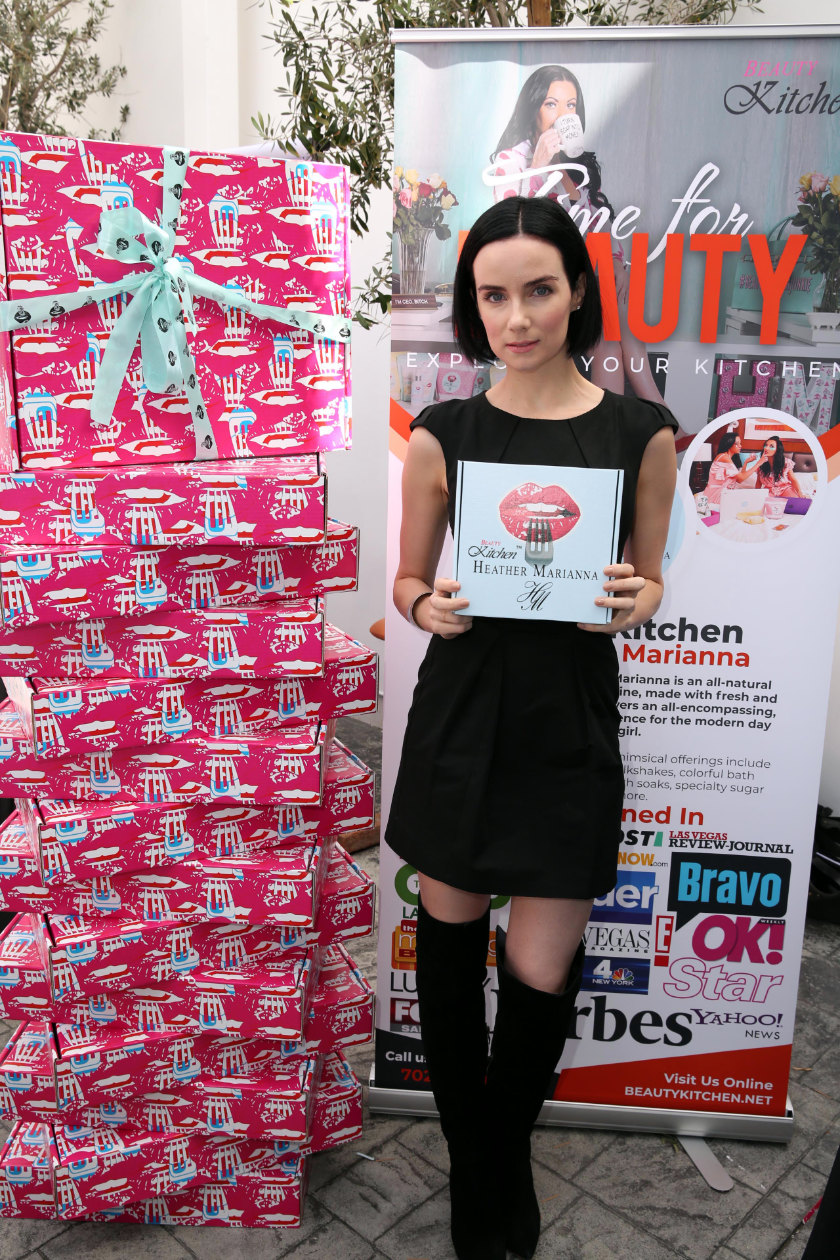 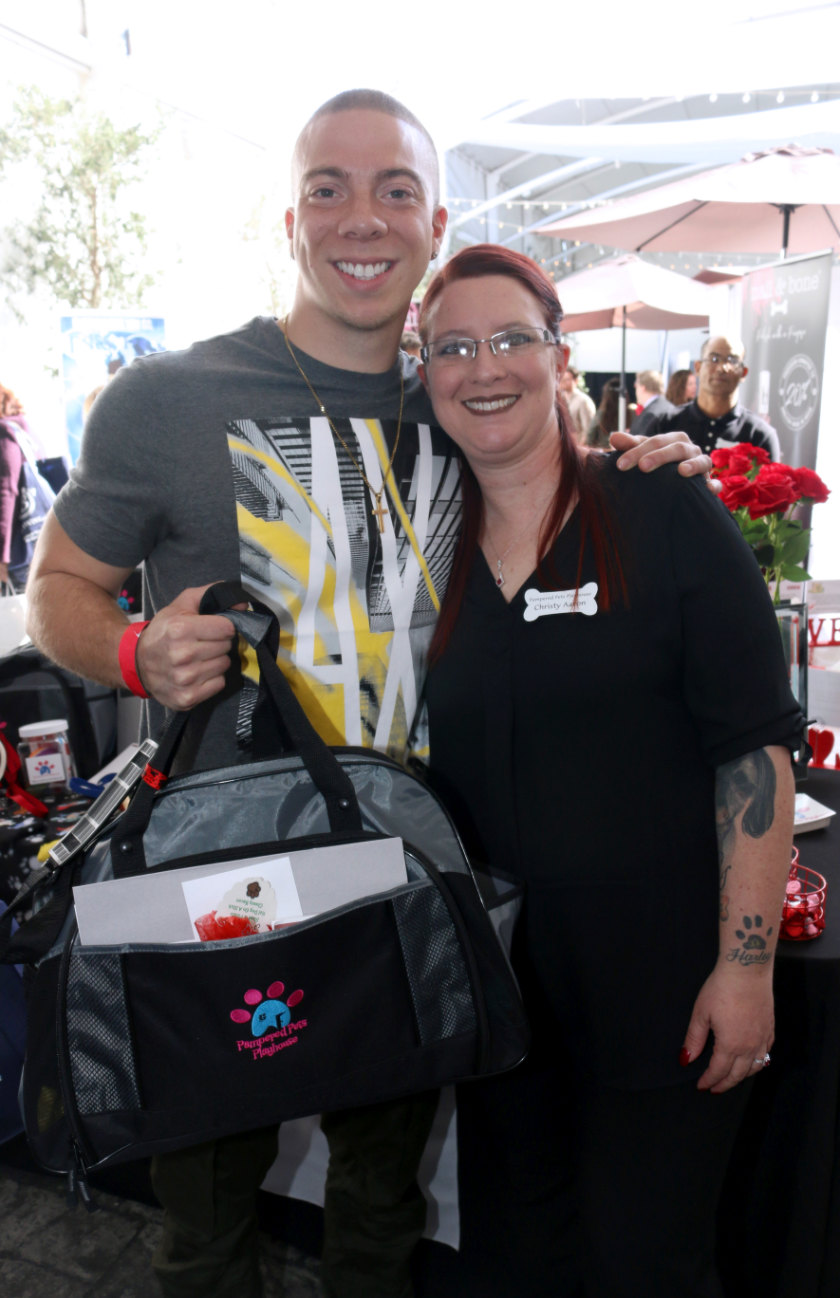 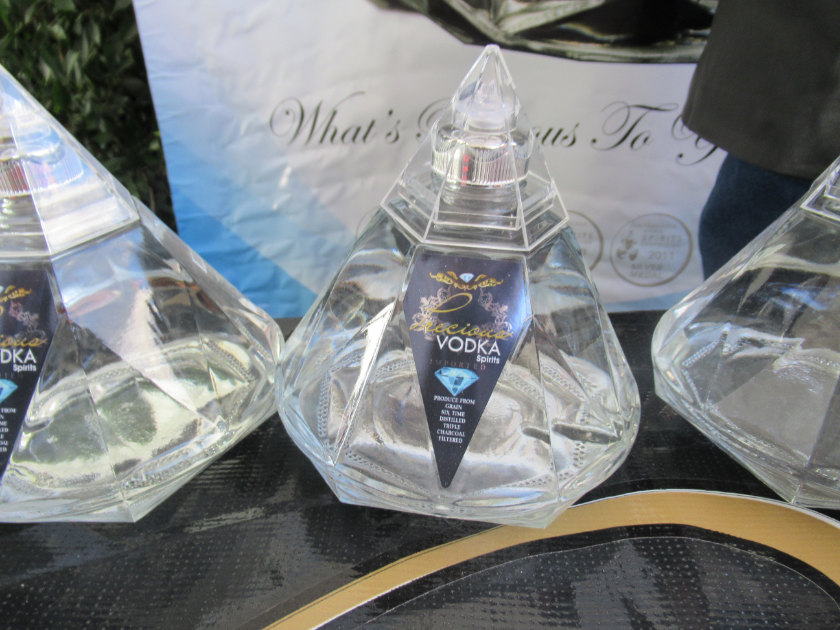 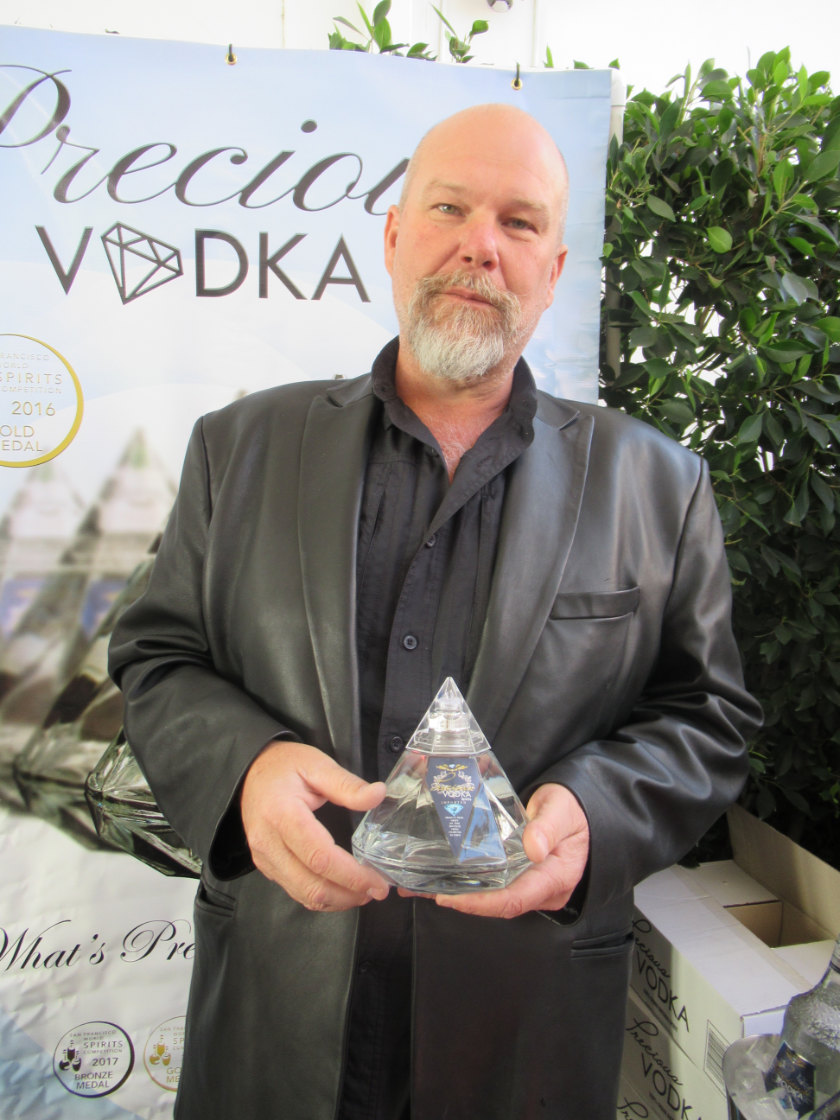 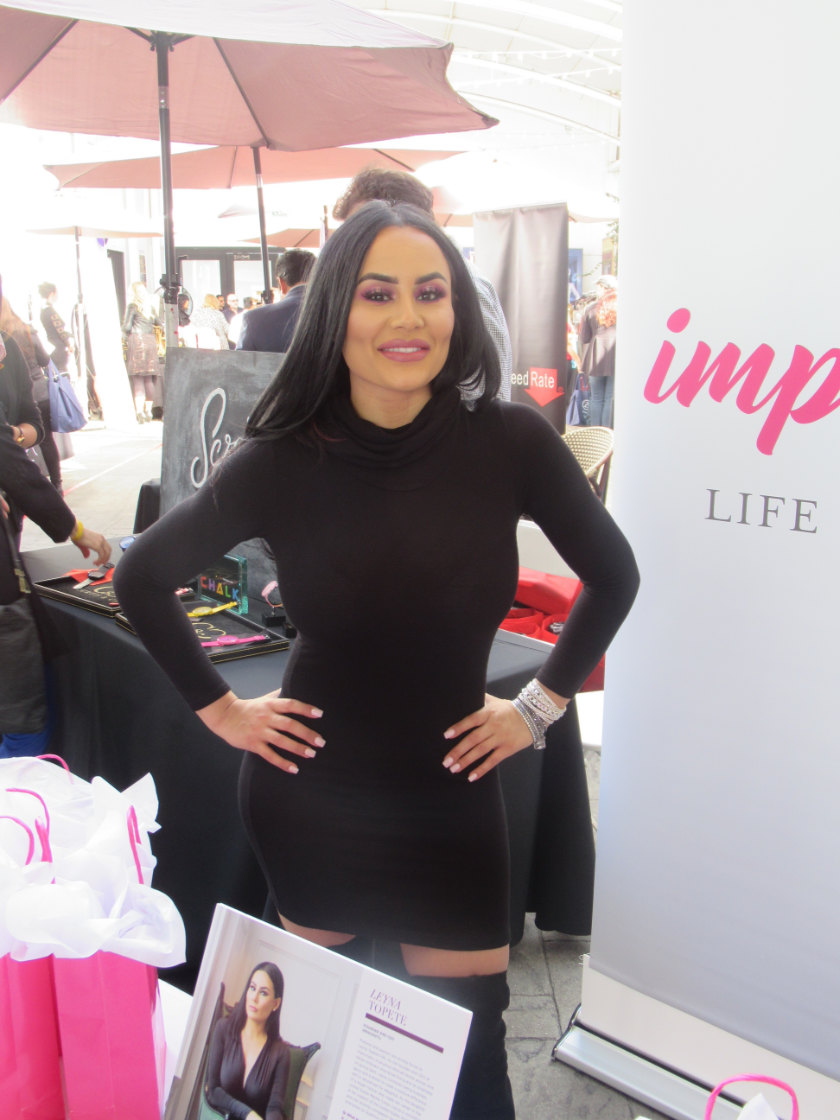 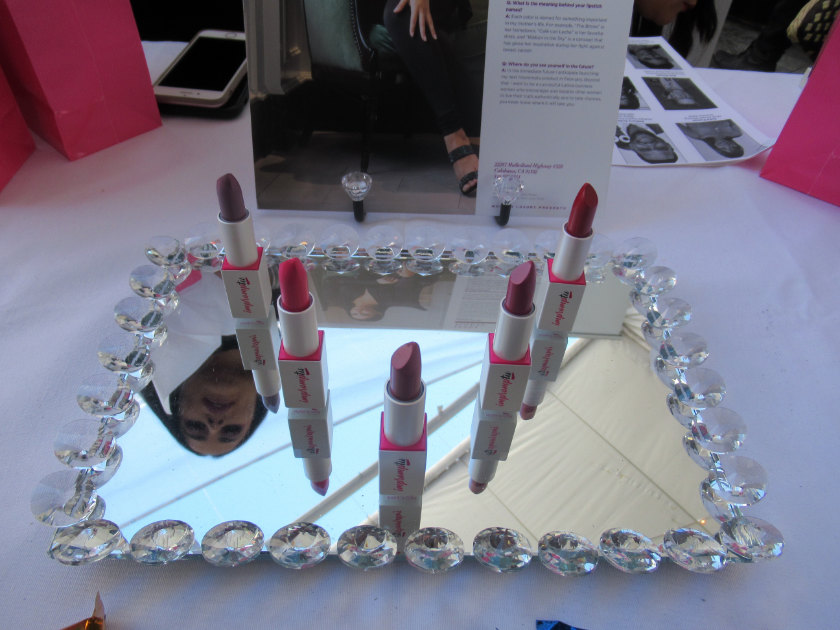 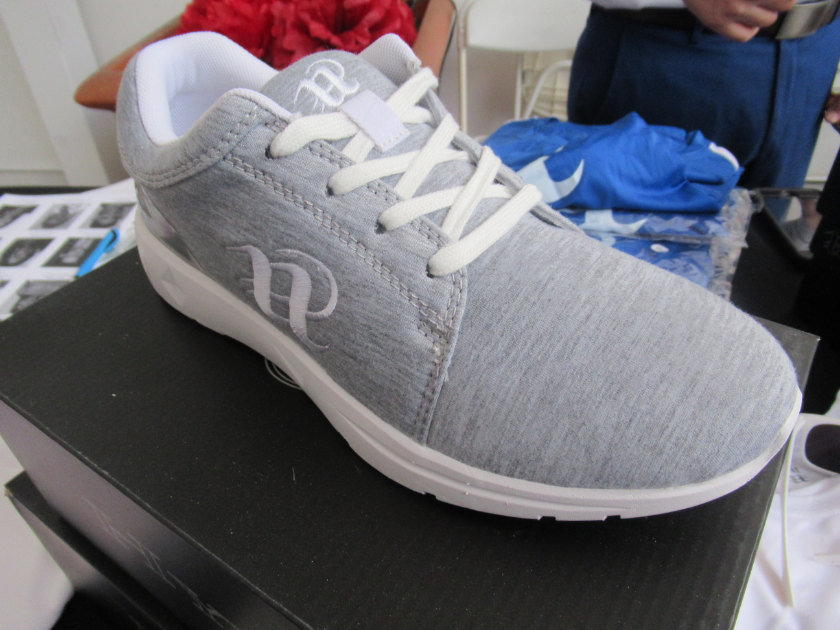 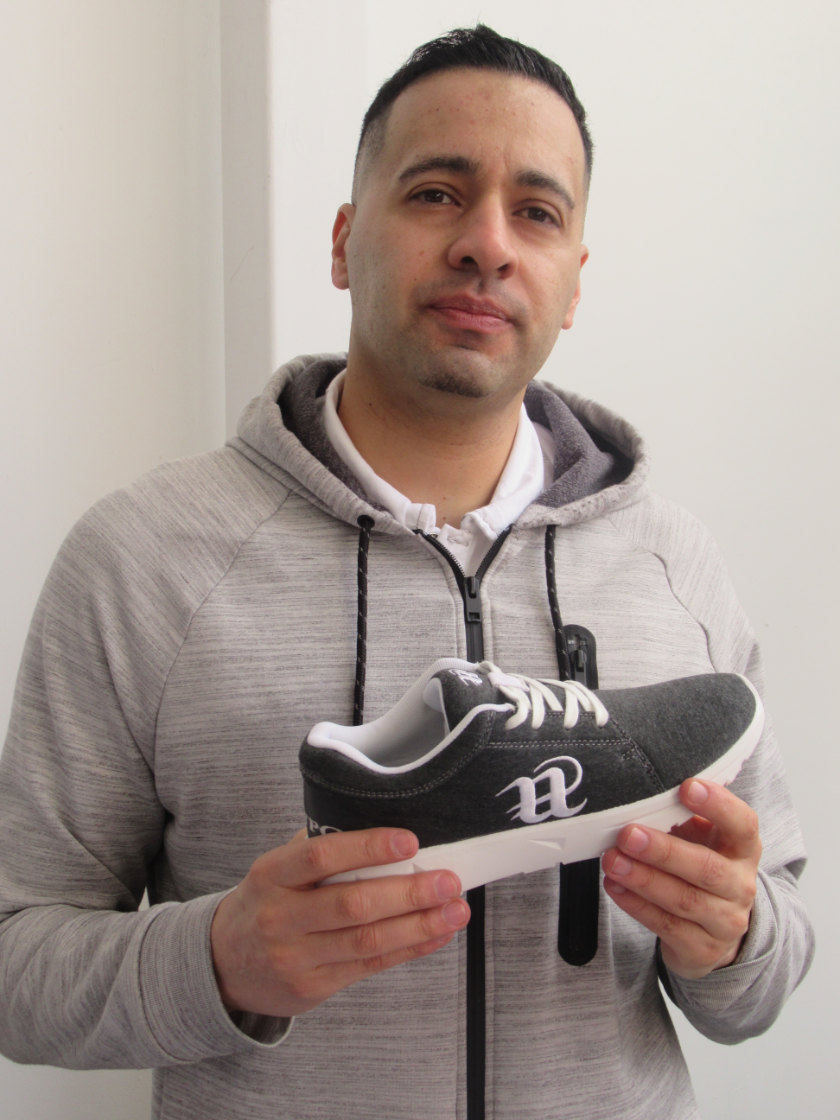 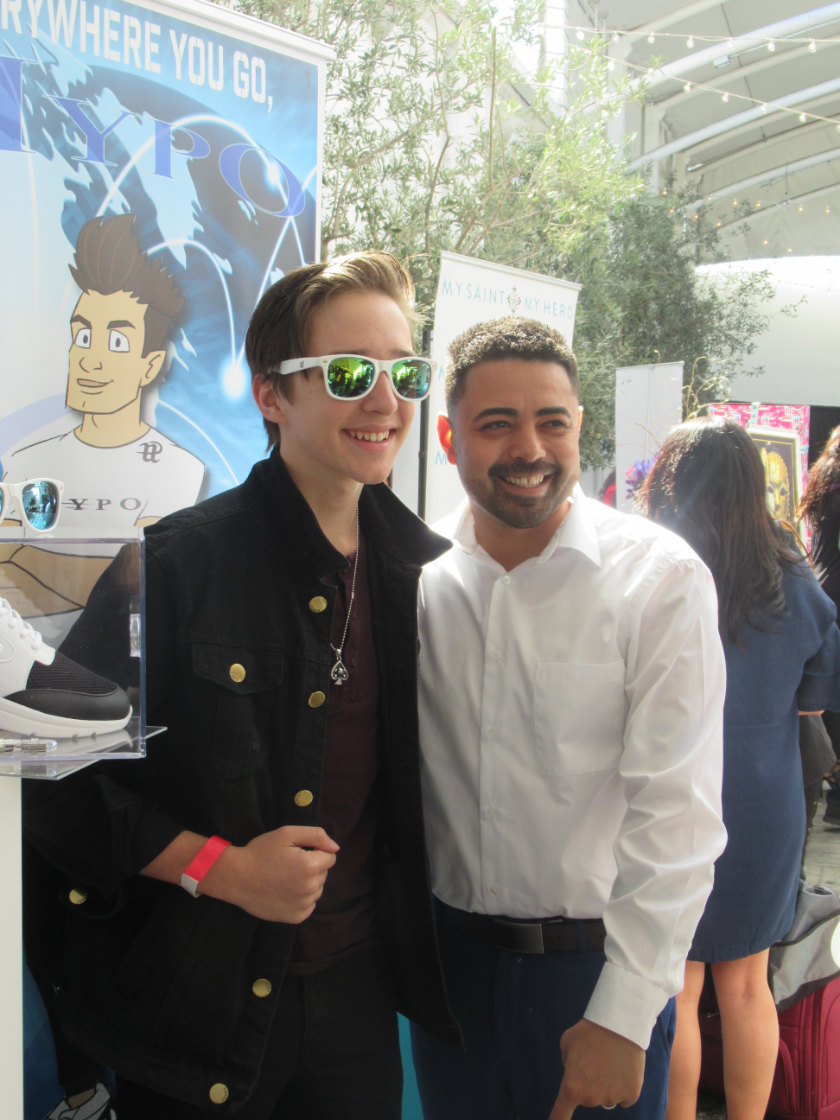 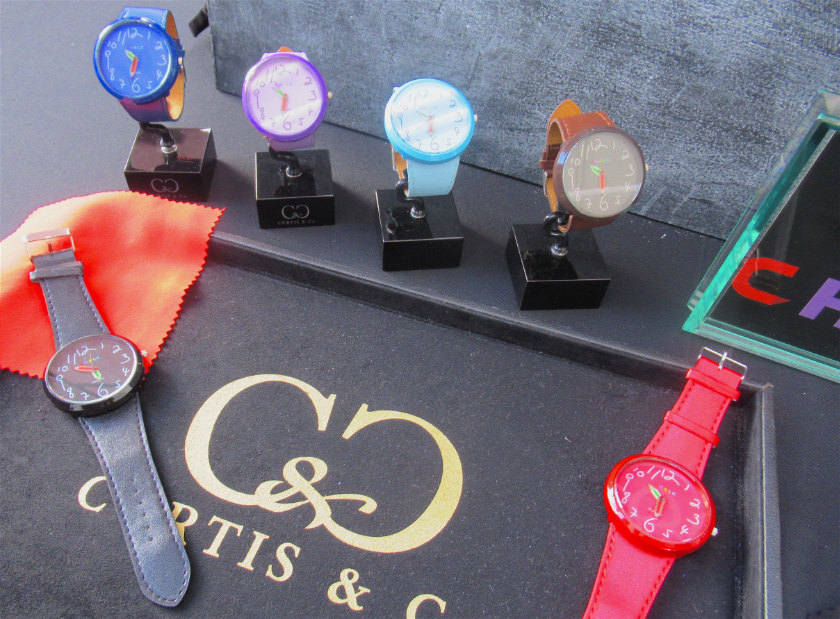 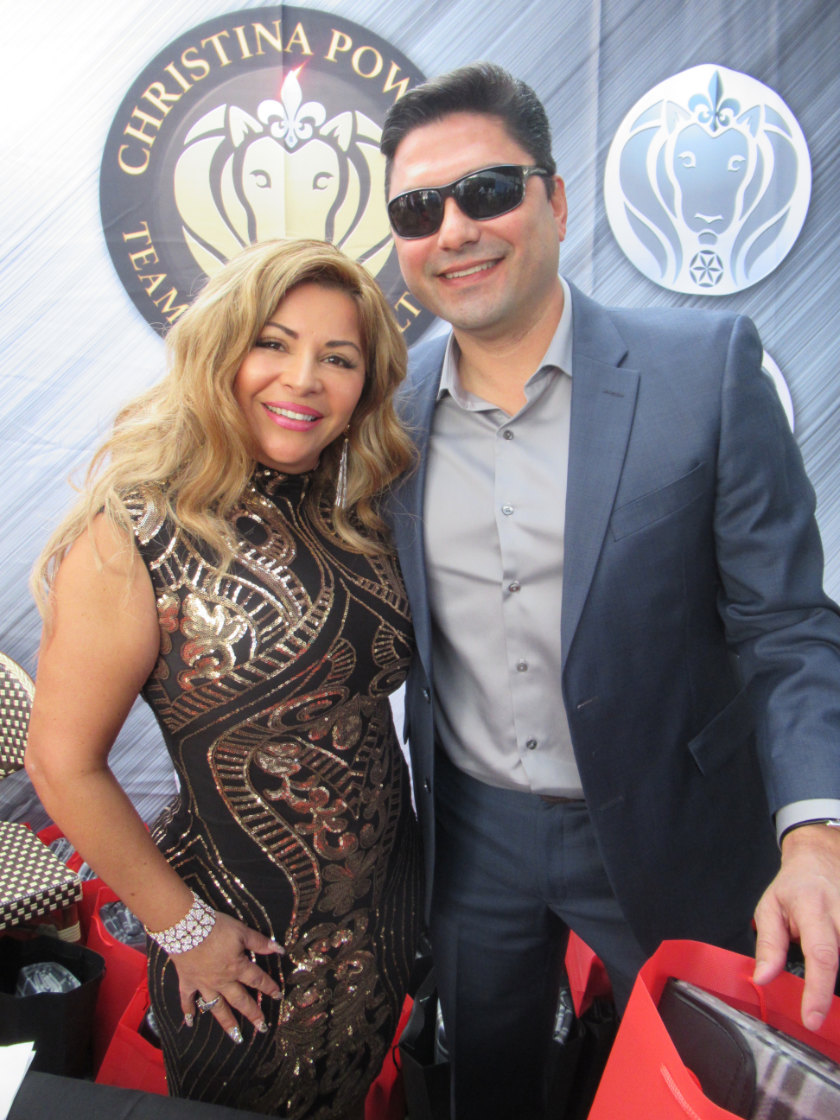 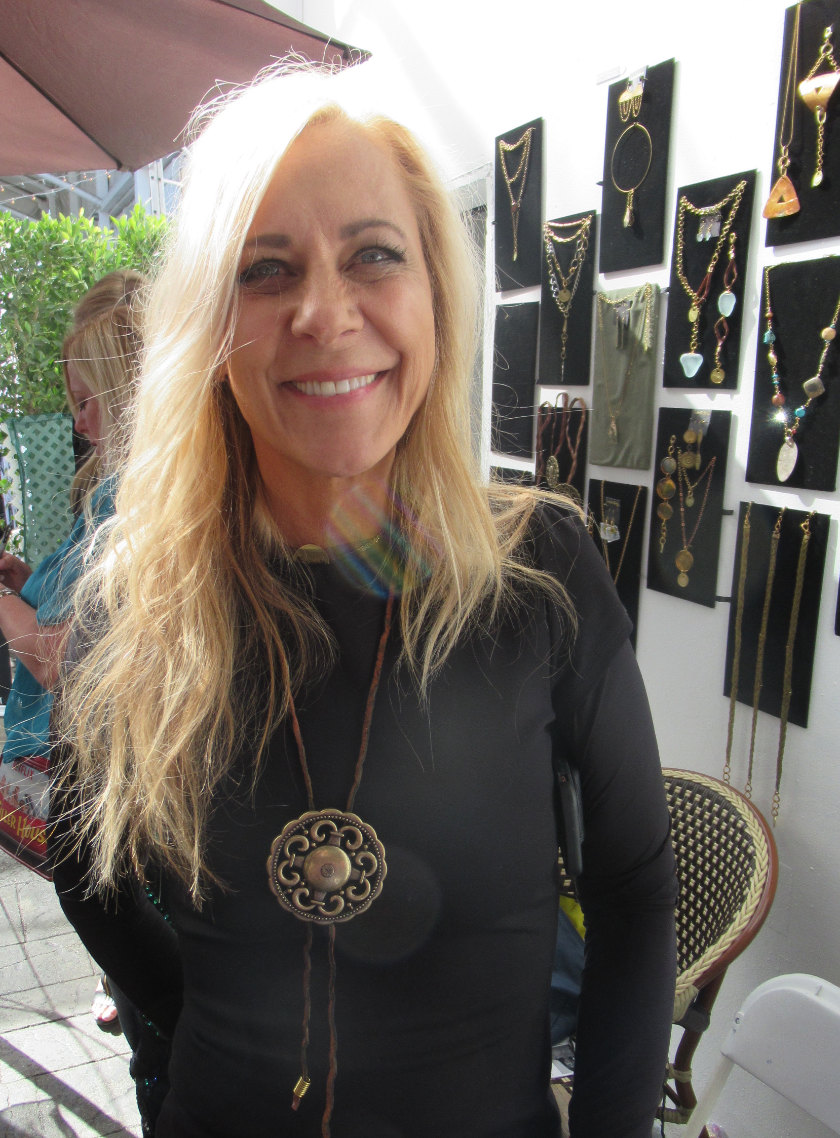 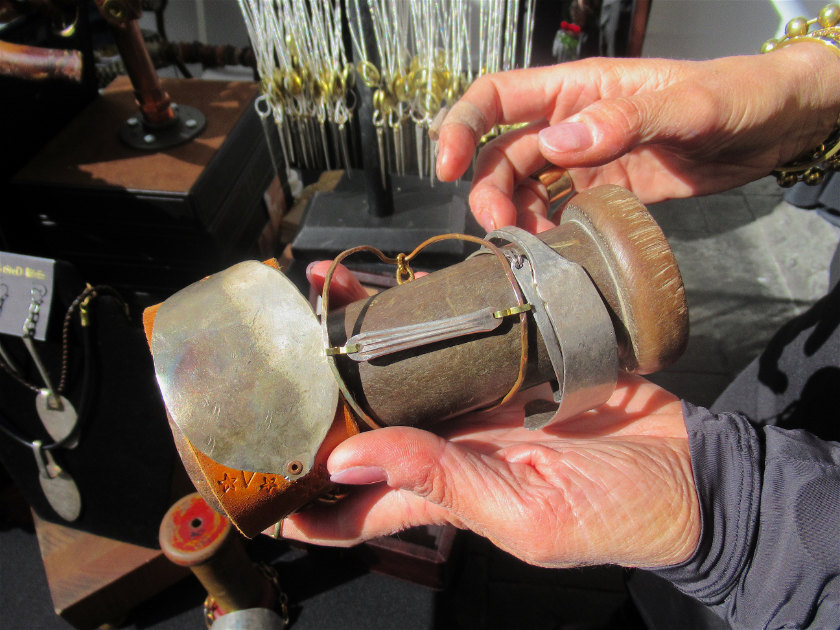 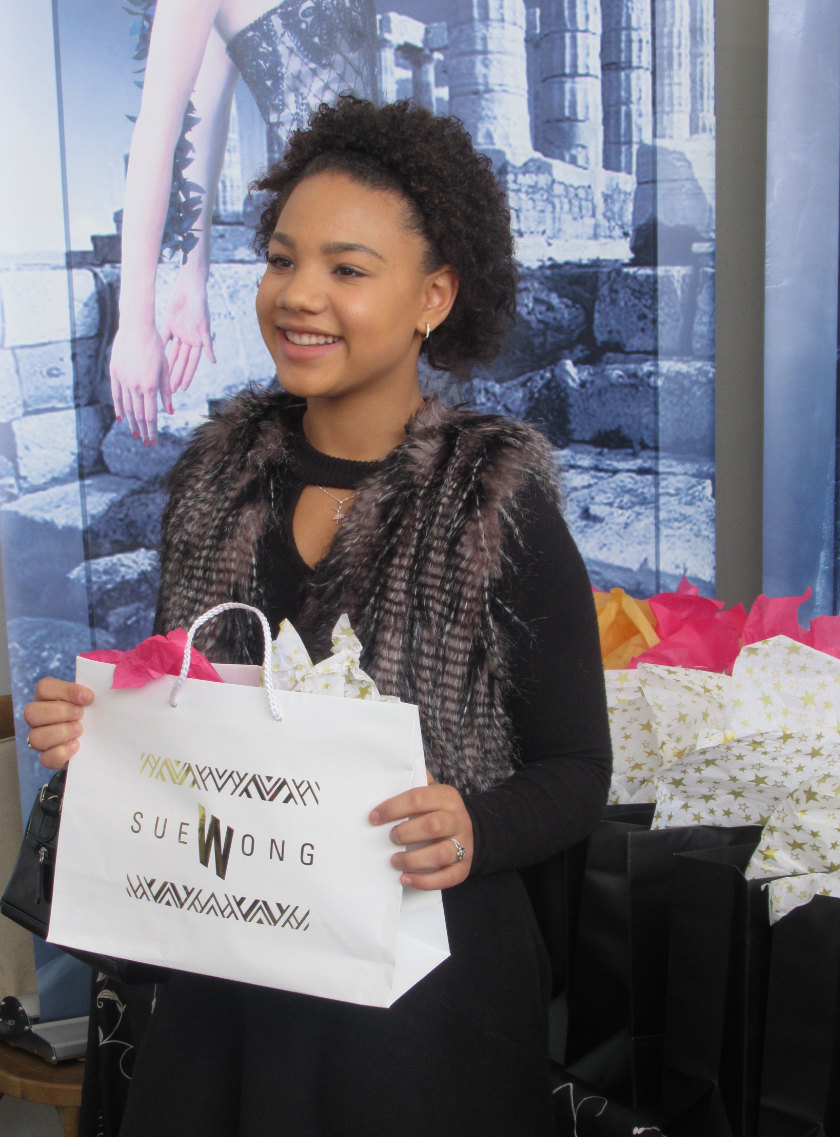 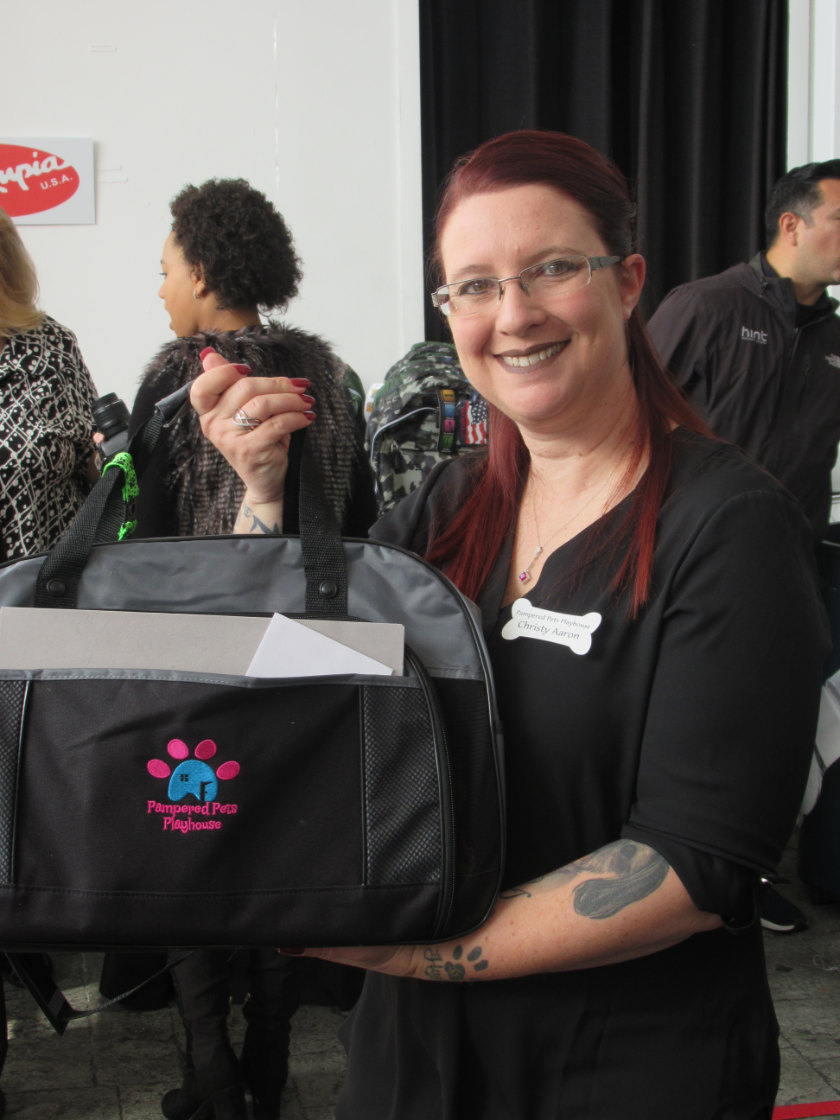 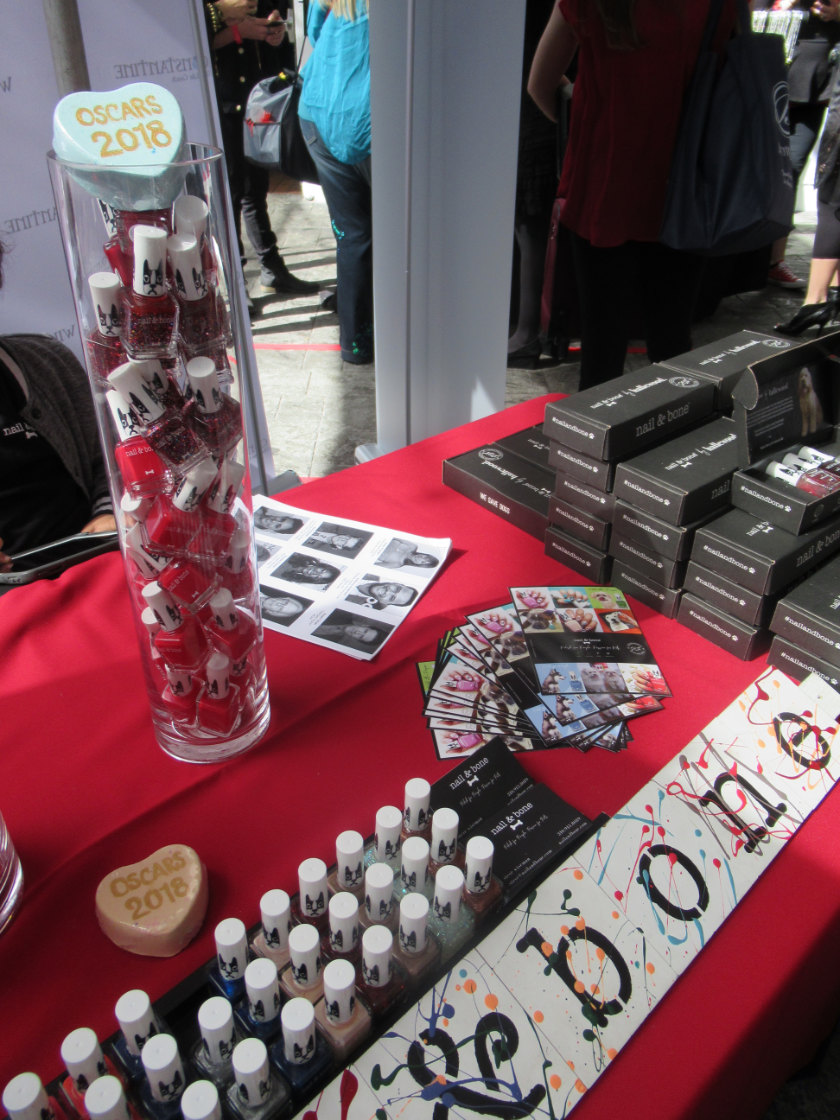 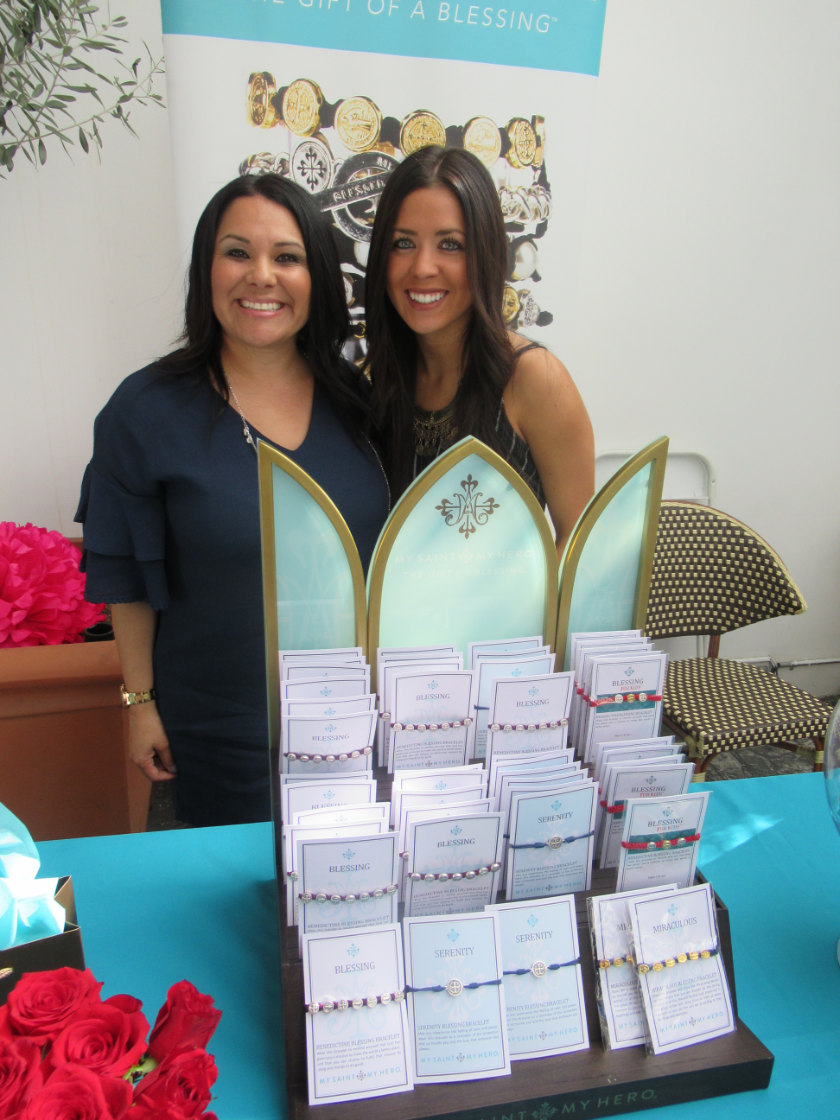 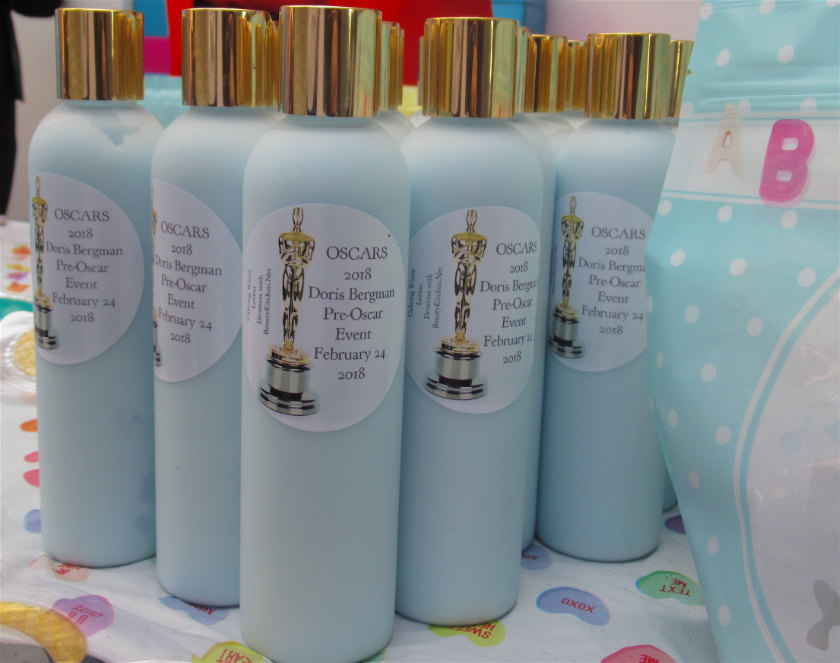 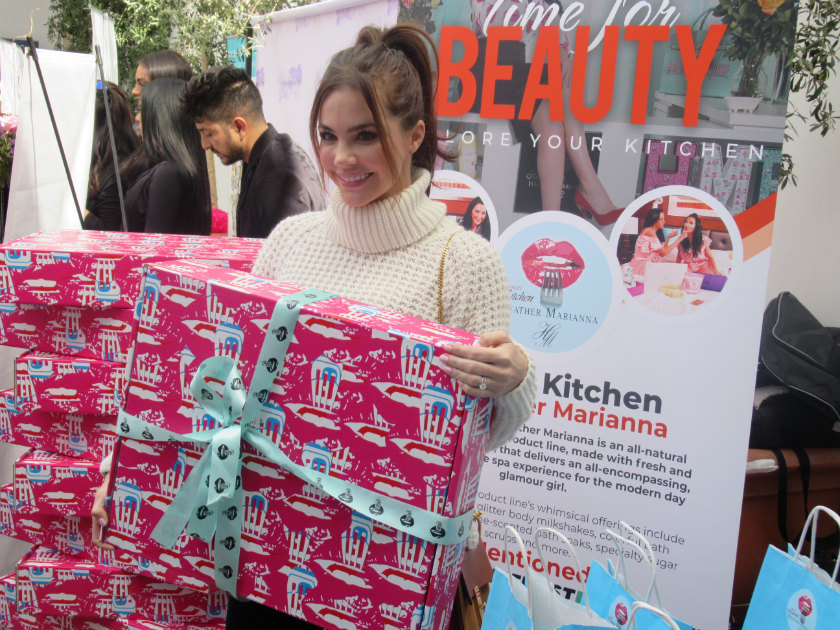 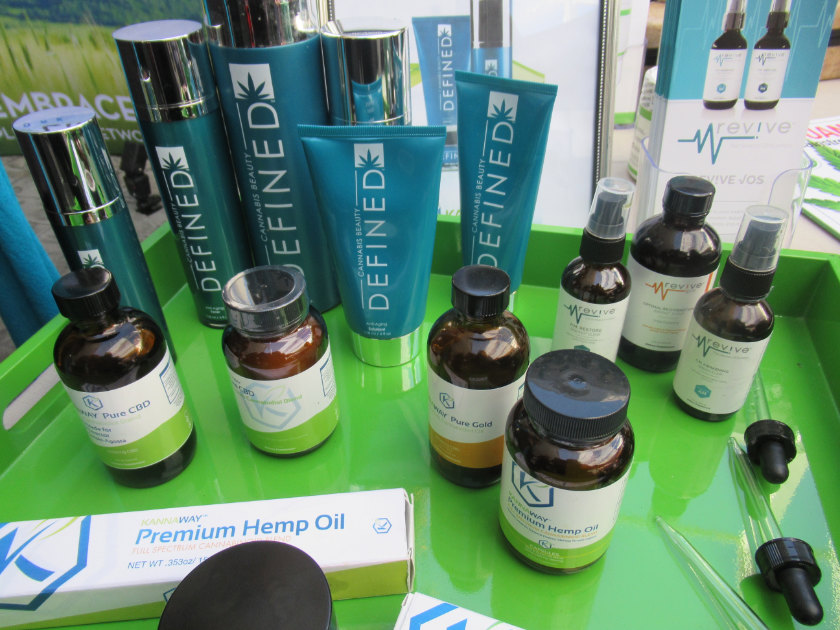 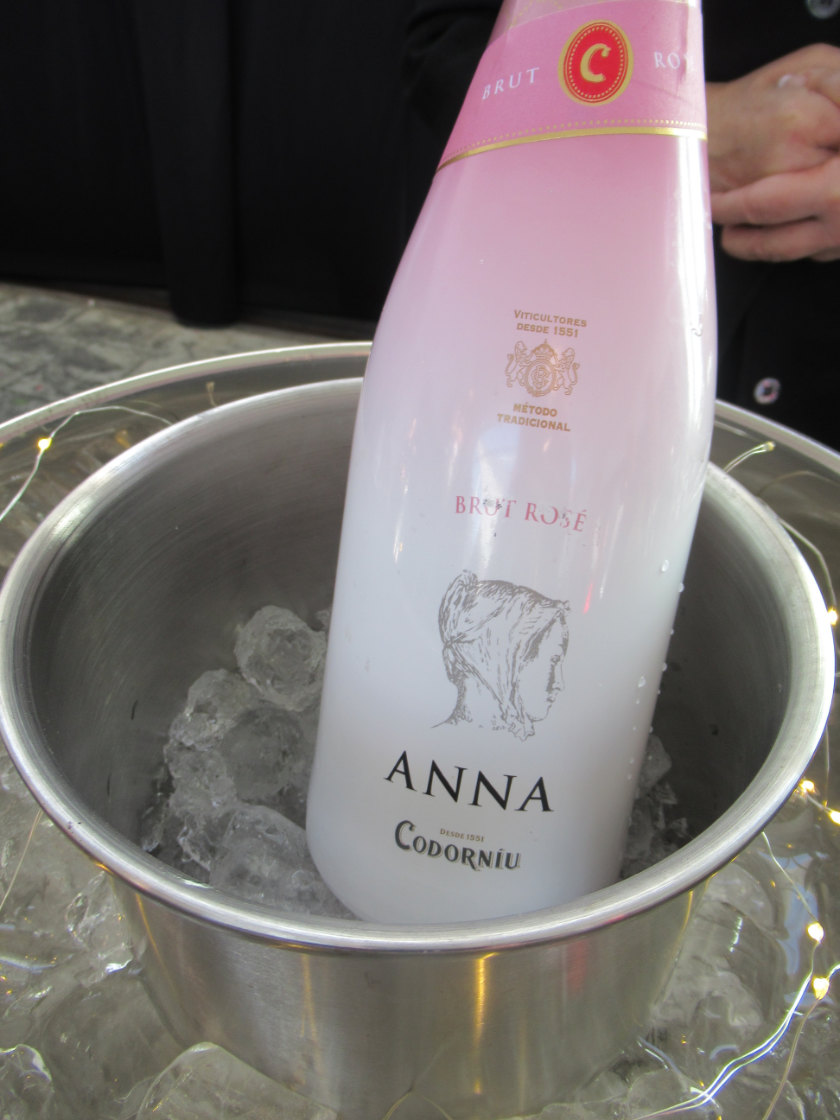 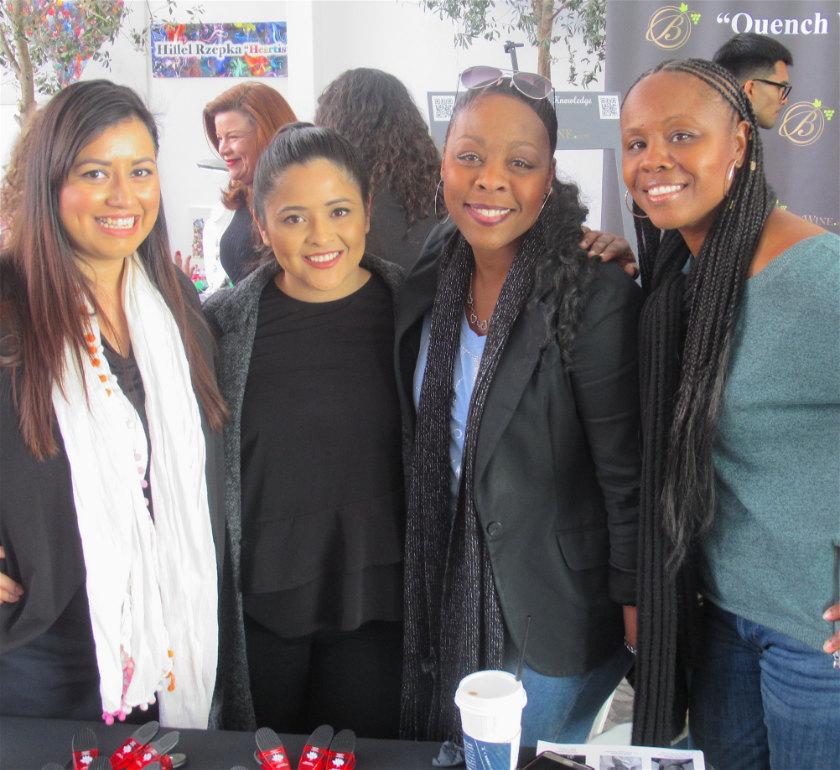 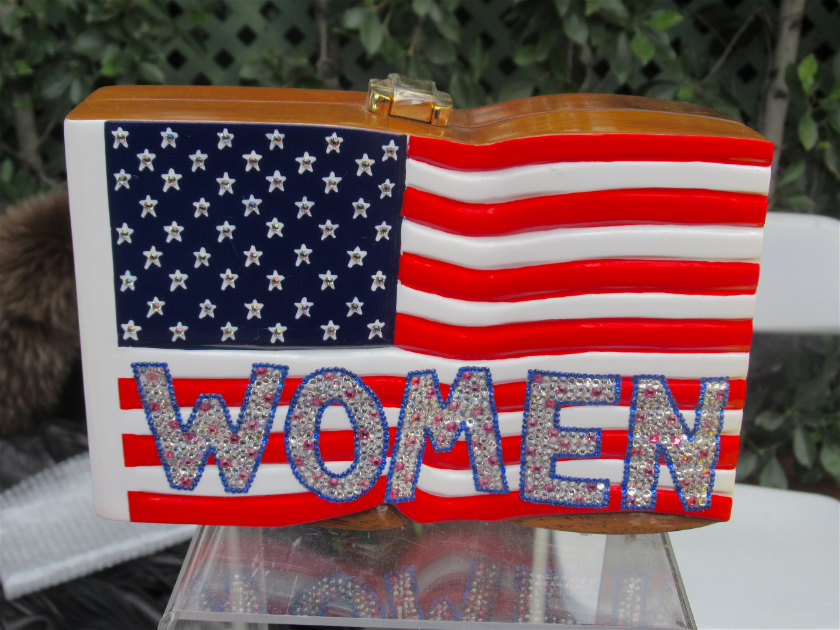 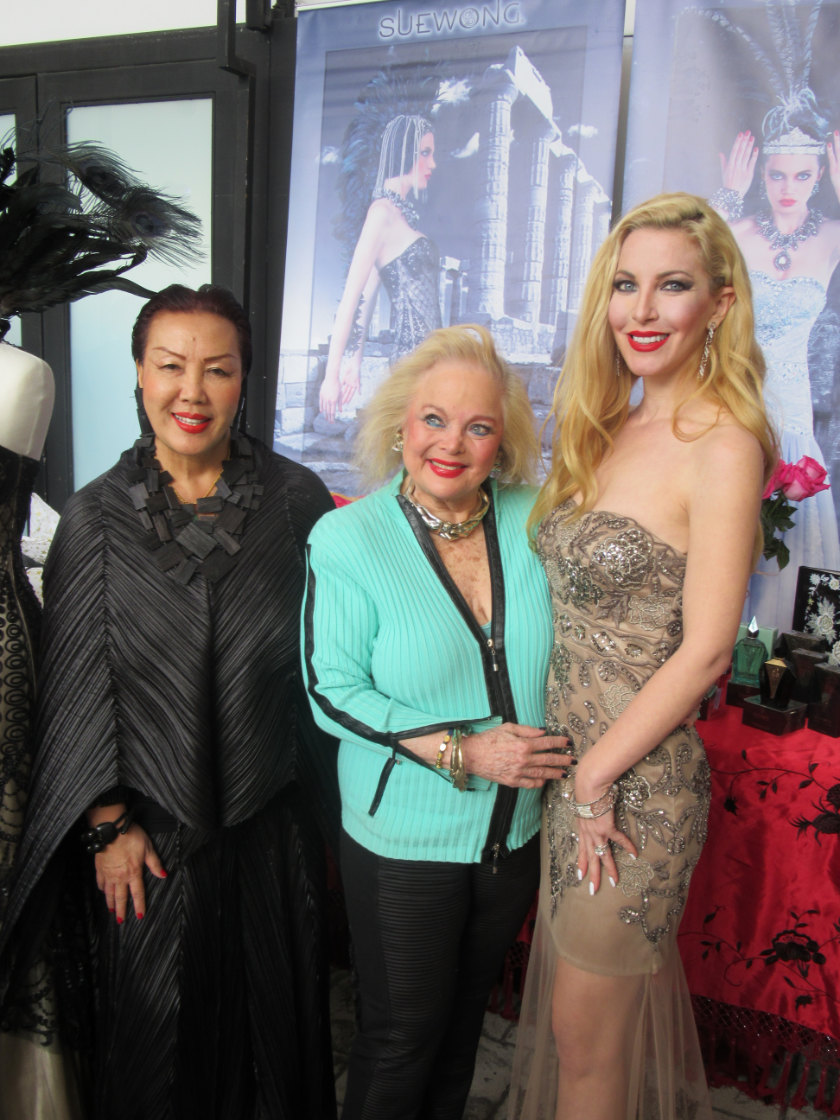 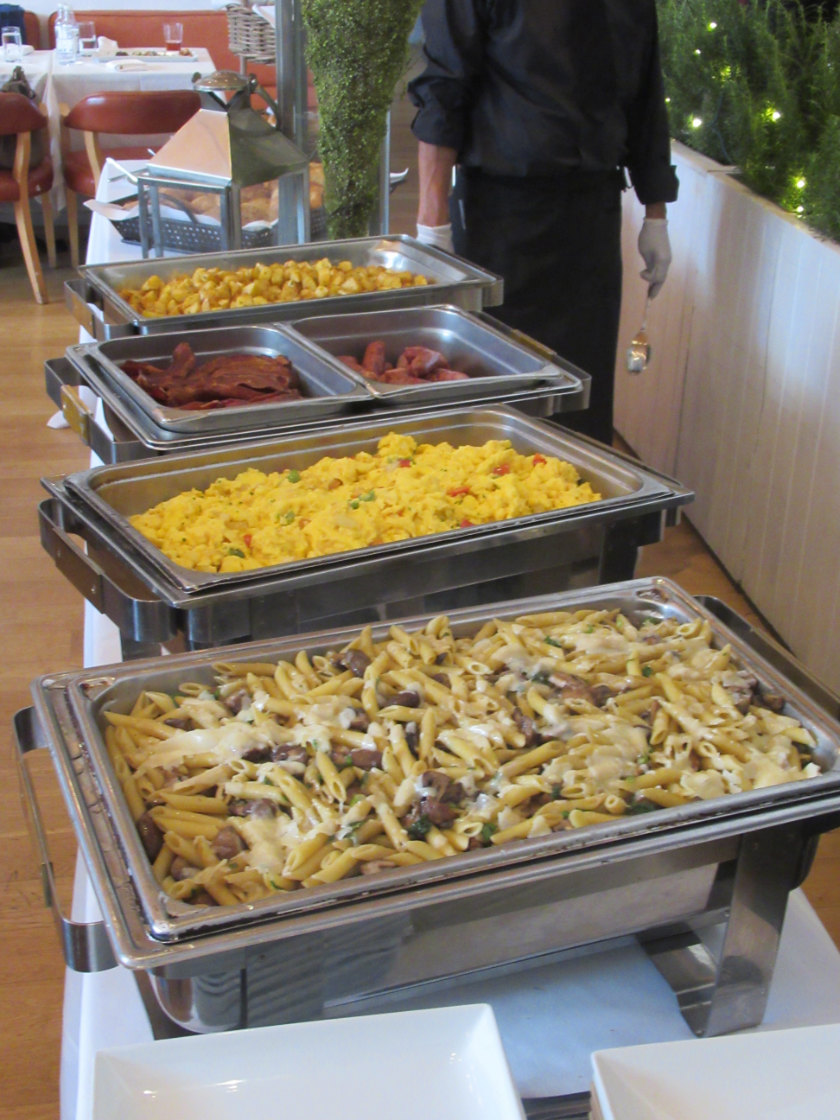