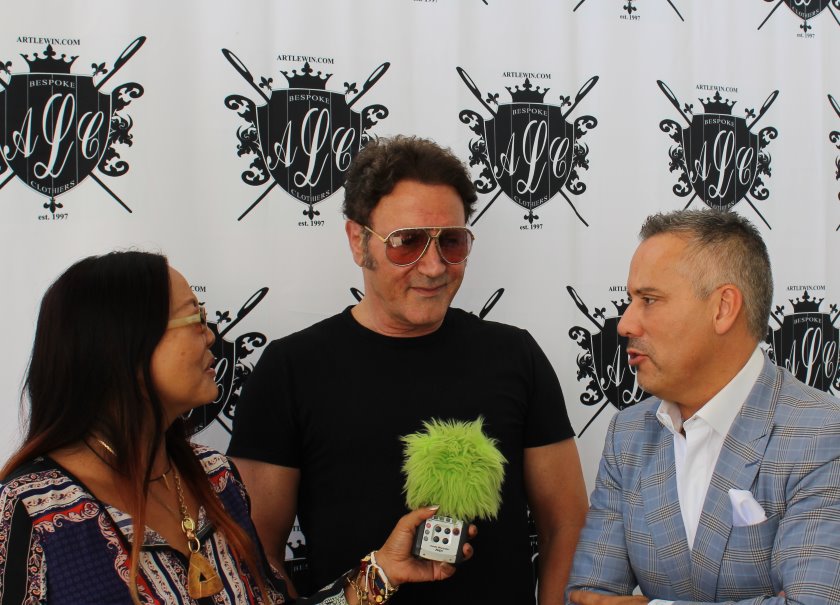 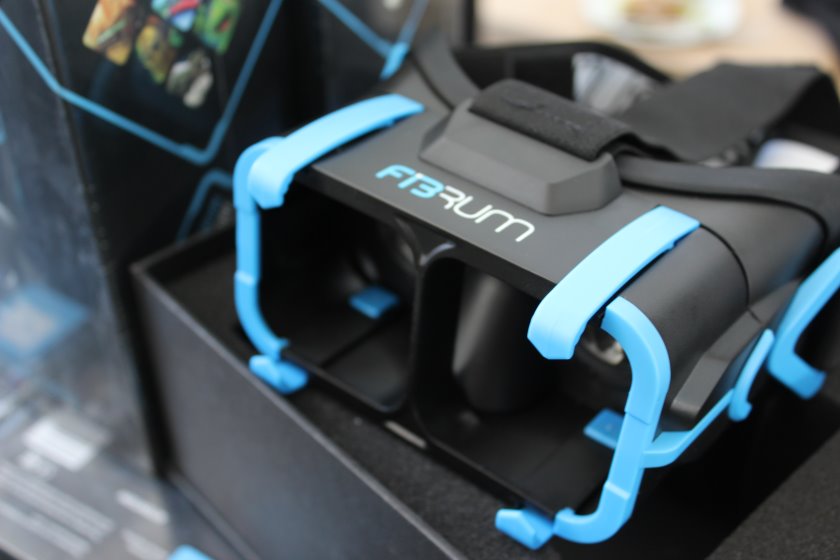 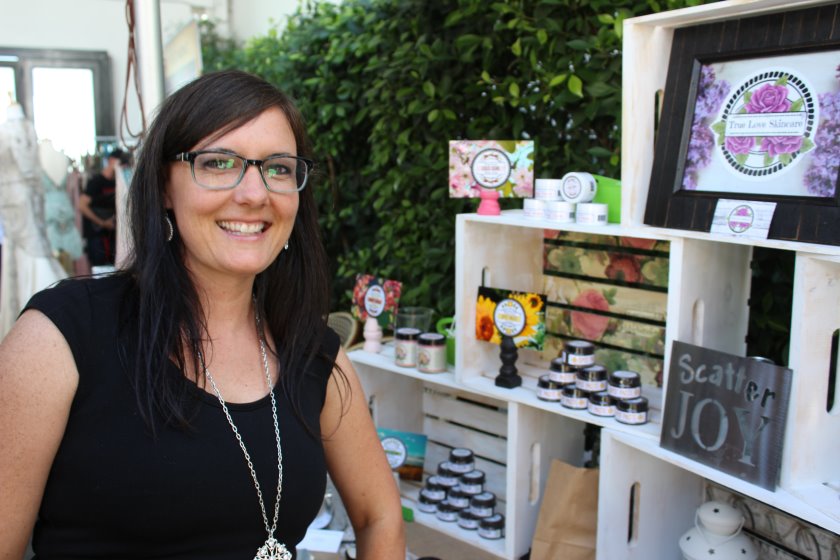 Above, from top: Art Lewin works the room with celebrities on hand. Fibrum’s revolutionary virtual reality technology. We fell in love with True Love Skincare.

It just goes to show that you can’t stop progress. A decade ago, everybody in Hollywood was marvelling about how cable television was drawing some of the spotlight away from the Big Four networks with ground-breaking concepts that just couldn’t be shown on ‘regular TV’. Today, Netflix, Hulu and other streaming networks have eclipsed cable television with topical takes on social issues and nostalgia. Heck! It took a lot for us to pull ourselves away from binge watching The Get Down, Stranger Things, Orange is the New Black, Bloodline, and Narcos to attend Doris Bergman’s seventh annual Emmy Style Lounge & Party.
After a decade of covering pre-awards events, we have noticed there is a similar shift in how Hollywood event planners are picking and choosing their participants. In 2006, it was all about glamour, luxury and fun touches of excess. This is, after all, how we got turned on to vacuum cleaners that double as sculpture.
Today, the suites reflect our evolving tastes as well as those of the taste-makers around Hollywood. At Doris’s event inside the swanky Fig & Olive restaurant, we found a balance between the practical and the luxurious. There was plenty to please male attendees such as Jason Ritter, John Savage, Marsai Martin (Black-ish) and Charlie Koontz (CSI: Cyber). Art Lewin, a long-time Doris favourite, handed out silk ties and discussed his bespoke suiting services for special occasions. Single’s jewel-toned boxers for men would look and feel comfortable under these custom-tailored suits.
A few high-tech products made their début. Dioo Audio’s pink, champagne, and black ear buds and headphones were designed for women, according to company rep Mike Kahn. However, with the sleek metallic, guitar-pick-inspired accents and comfy memory foam in the headphones, most guys would snap up the black accessories. Speaking of sound investments, celebrities were the first to get their hands on Fibrum Mobile Virtual Reality headsets, which takes smartphone gaming experience to the next level. Event sponsor EinDrink.com introduced its app, which helps users locate hot bars and cool cocktail or craft beer events anywhere in the world.
Grooming goodies were also front and centre. Spongelle added wonderful new things to their line, including lasting pedicure bars, metallic soap sponges that leave behind a subtle shimmer, and their new all-in-one Super Buffer for men. Other products focused on those unmentionable grooming challenges that we all face: the FootMate System by Gordon Brush, a marriage between a shower mat and a pedicure brush, gently scrubs away sand, dirt, and dead skin from tired, calloused feet. Even the most follicly endowed man wouldn’t mind a little boost from Pura d’Or’s hair-growth-enhancing shampoo. Celebs and civilians who suffer from warts, age spots, and skin made crackly by the sun all found remedies within the True Love Skincare line. Essential oils, honey, and other natural ingredients gently exfoliate, disinfect, and moisturize inflamed skin, even in intimate areas. As for their True Love Private Paste, don’t be shy—go ahead and ask!
There was enough sparkle for our favourite style stars including Jane Lynch, Kimberly Elise, Patricka Darbo, Dot Marie Jones, and Tasha Smith (Empire). Doris’s good friend Sue Wong had her camera-ready dresses waiting in the wings. The international designer–grande dame showcased eveningwear that evoked a long-gone time and place; women of all shapes could be sexy and modern with a nod to silent film era. Twisted Silver showed up with more repurposed chic costume jewellery for men and women, and My Saint, My Hero was back with an expanded range of cool faith-oriented bracelets and bangles. Celebrities seeking the real deal in jewellery were drawn to Andrea Gutierrez’s nature-inspired statement pieces. Dresses, jumpsuits, rompers, scarves, and tops by Kaya di Koko are wrinkle-free and practical, yet sexy enough for the club or resort.
Rekorderlig’s fruit cider from Sweden and cocktails made with Royal Élite Vodka from Uzbekistan helped guests quell the late summer heat. However, the star of the show, beverage-wise, was chef–coffee importer–home entertaining maven Bryan David Scott. With assistance from LA mixologist Flairin Farron, Bryan rocked the house with his luxurious iced espresso drinks spiked with Somrus, a cardamon- and rose-scented cream liquor from India. If you insist on top-quality coffee to really wake you up in the morning, check out his news and brews at his aptly named website, cupofluxury.com.
In the spirit of giving back, guests and sponsors donated unwrapped gifts for young adults (ages 13–18) for a Pre-Holiday Gift Drive benefiting ‘Wednesday’s Child’, a weekly segment airing on KTTV Fox 11 News, Los Angeles, with anchor Christine Devine. ‘Wednesday’s Child’ highlights harder-to-place children in the LA County foster care system who are in need of adoptive families. ‘In Los Angeles County, alone, there are over 35,000 children receiving child welfare services,’ says social worker, Prof William Wong. Doris always invites two foster children to join in on the festivities and experience what it feels like to be treated as a VIP.
A decade ago, we just couldn’t get enough of the next big things in designer handbags and shoes, studded tank tops and embellished designer denim for the very young and thin starlet. Leave it to Doris to keep things fresh every awards’ season. This go-round, men got the royal treatment.—Leyla Messian, Correspondent; and Elyse Glickman, US West Coast Editor 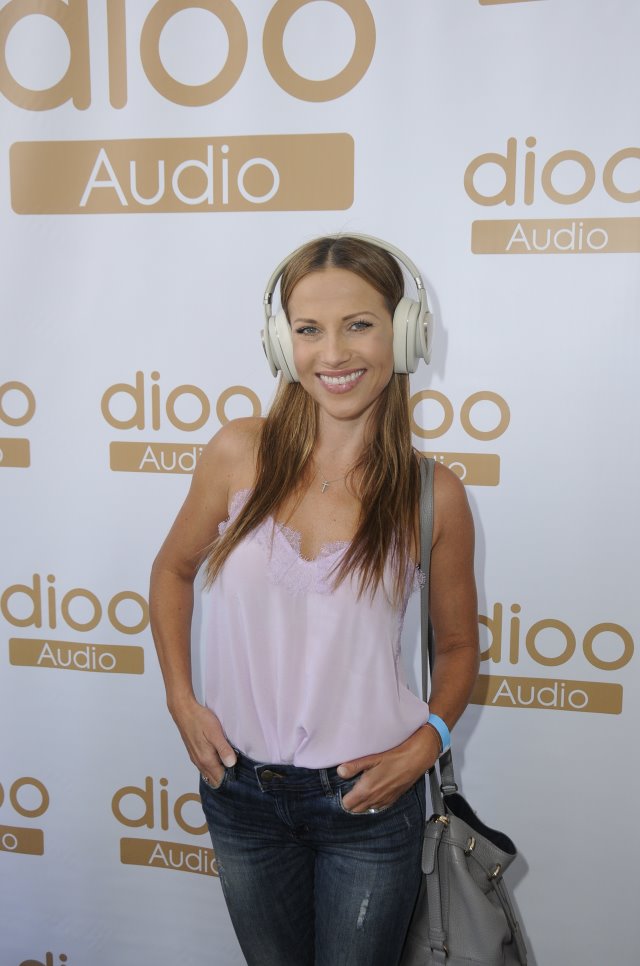 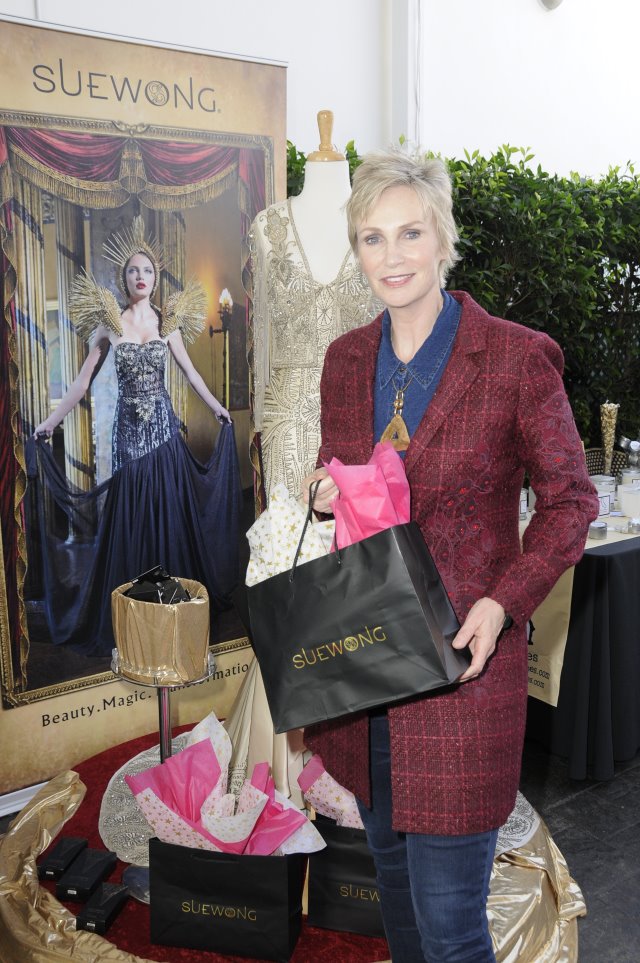 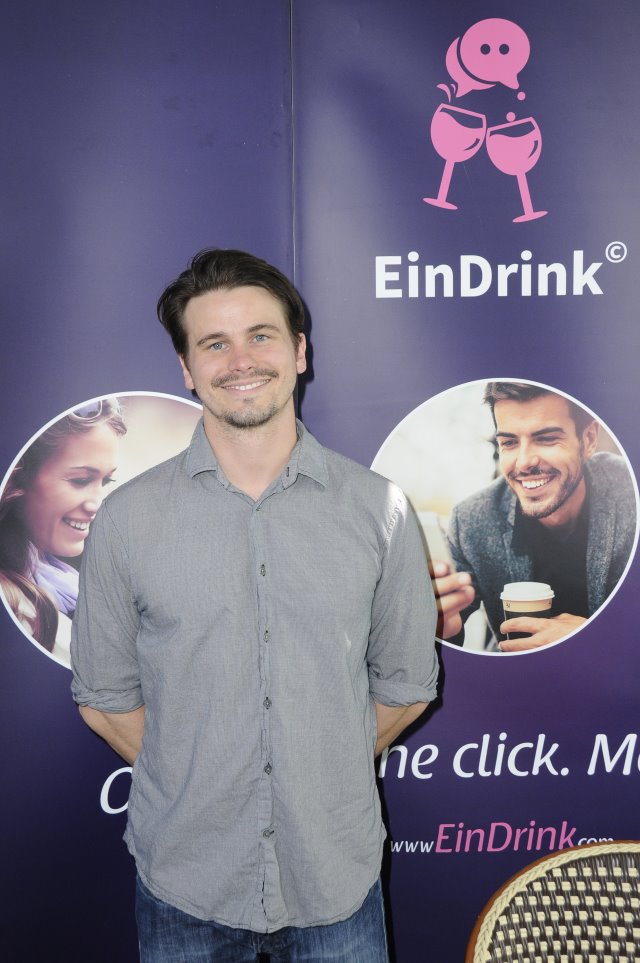 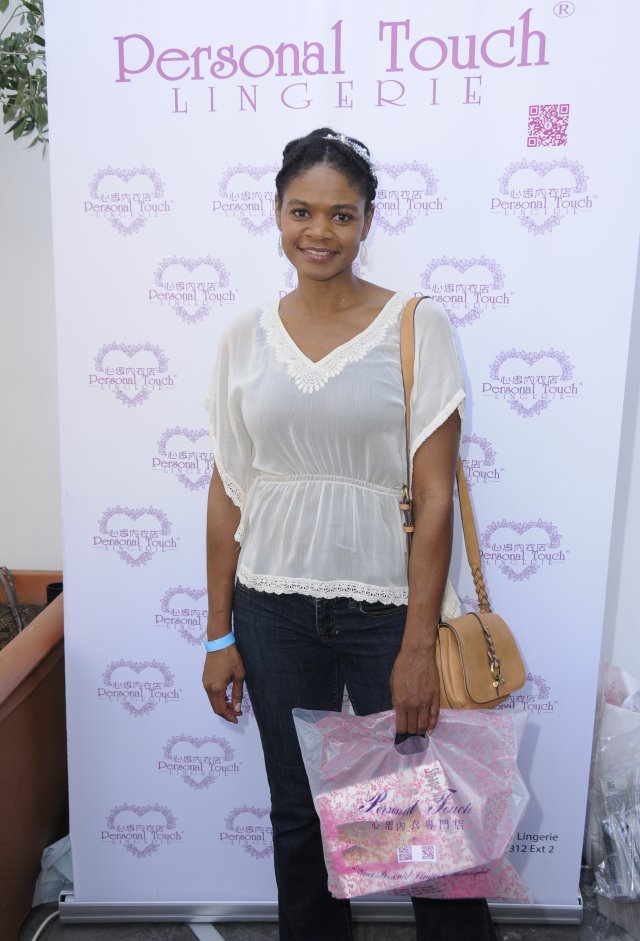 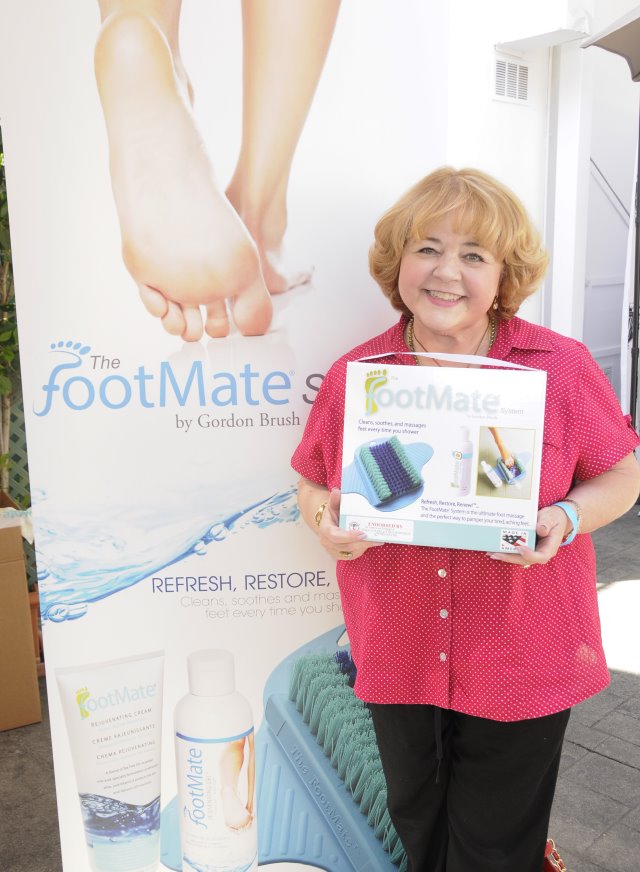 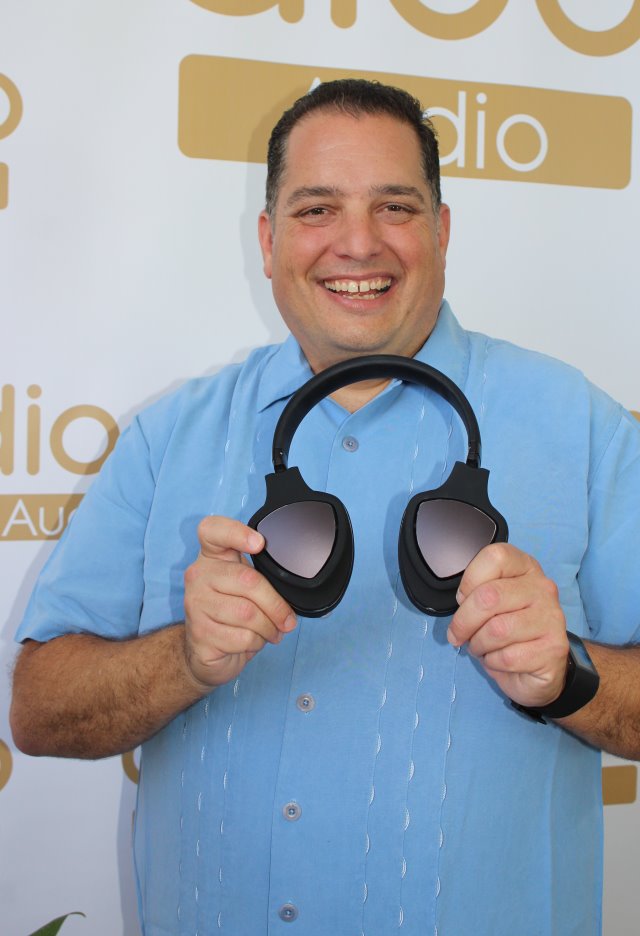 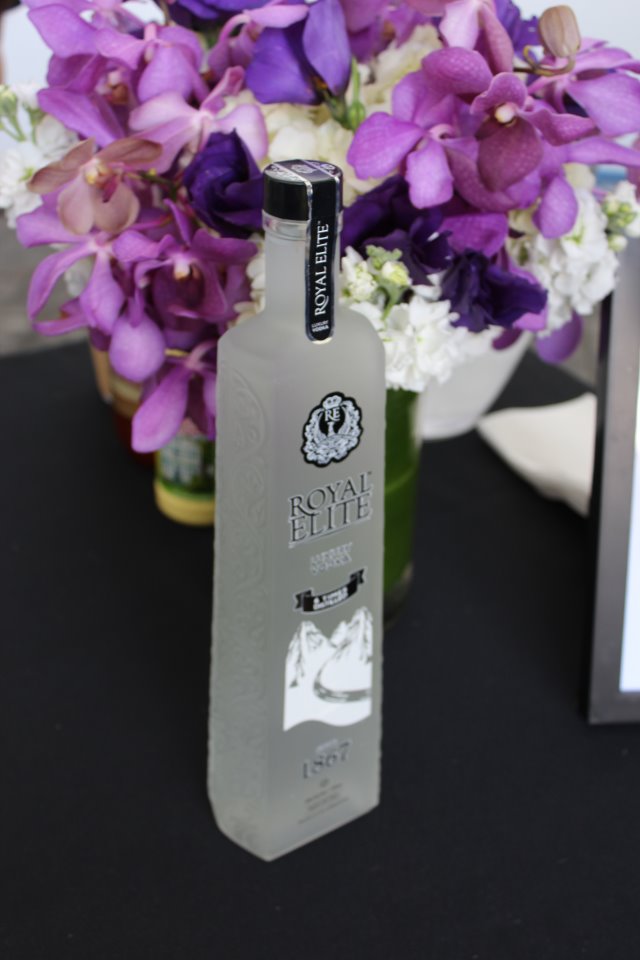 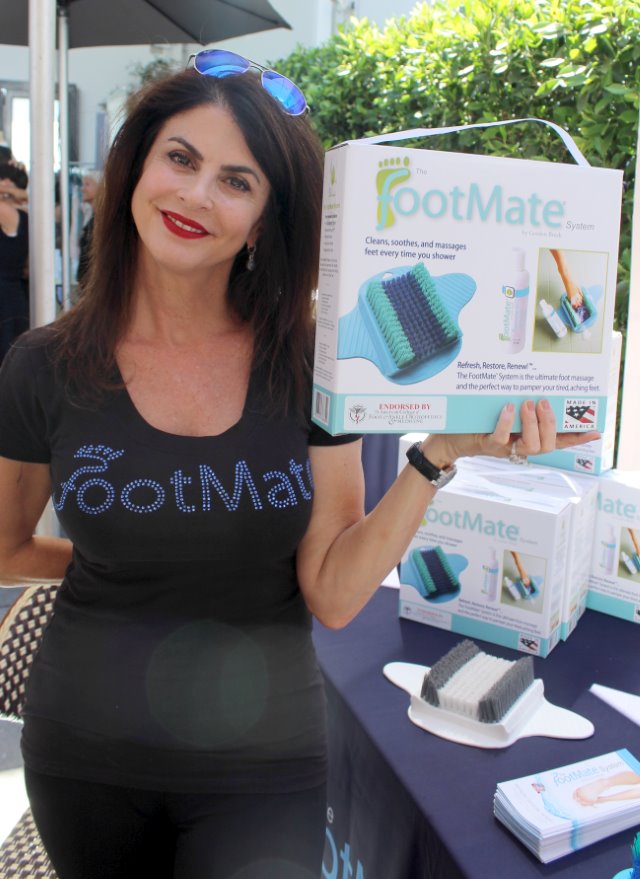 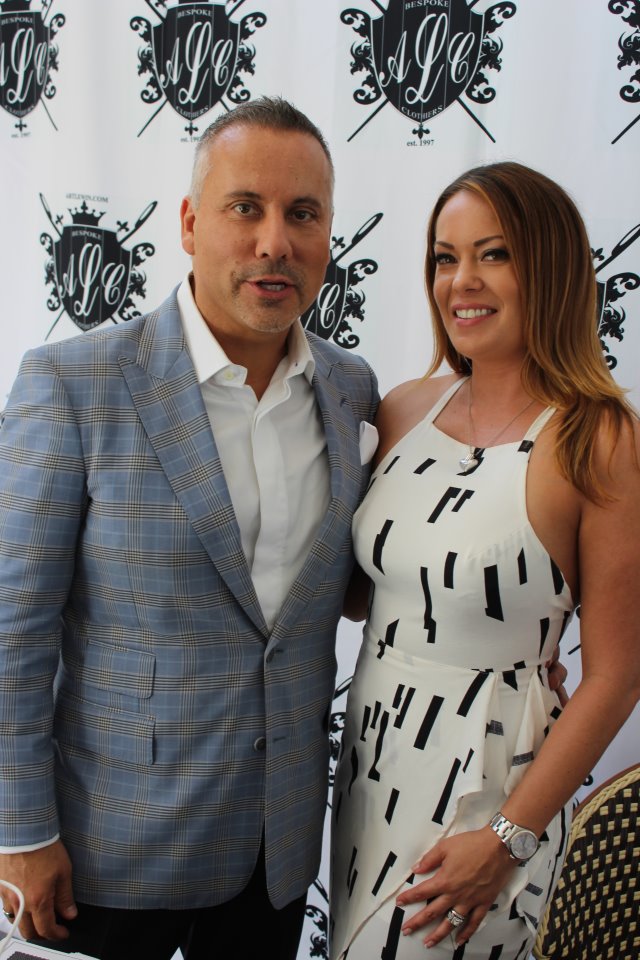 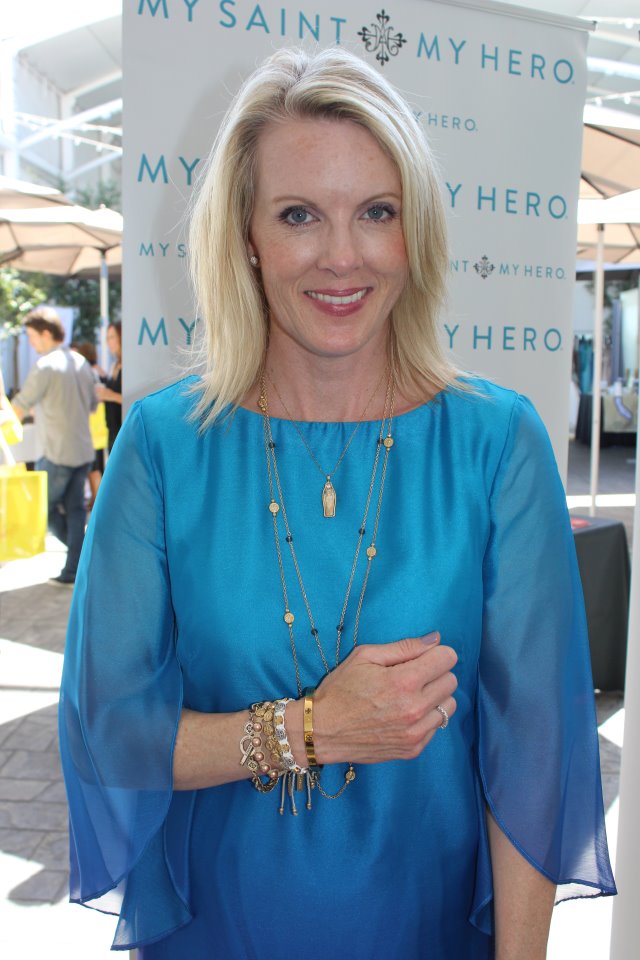 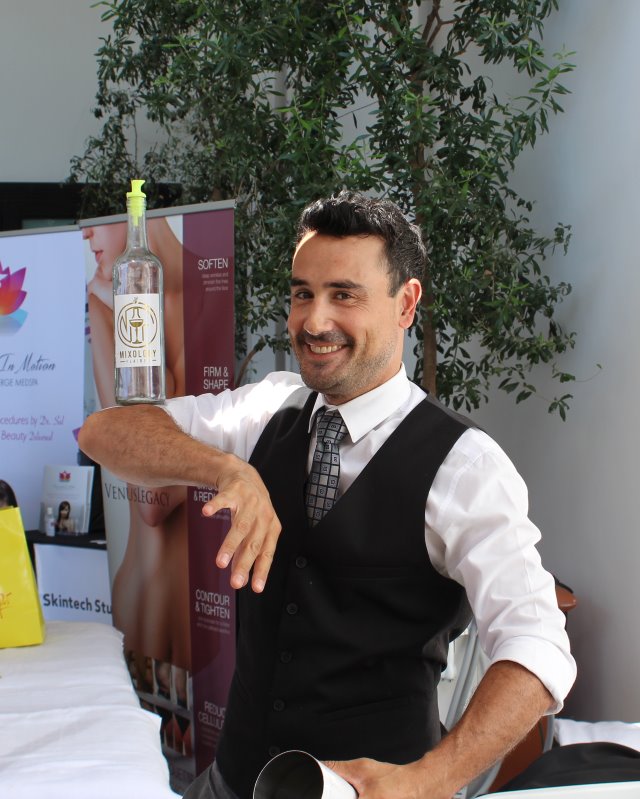 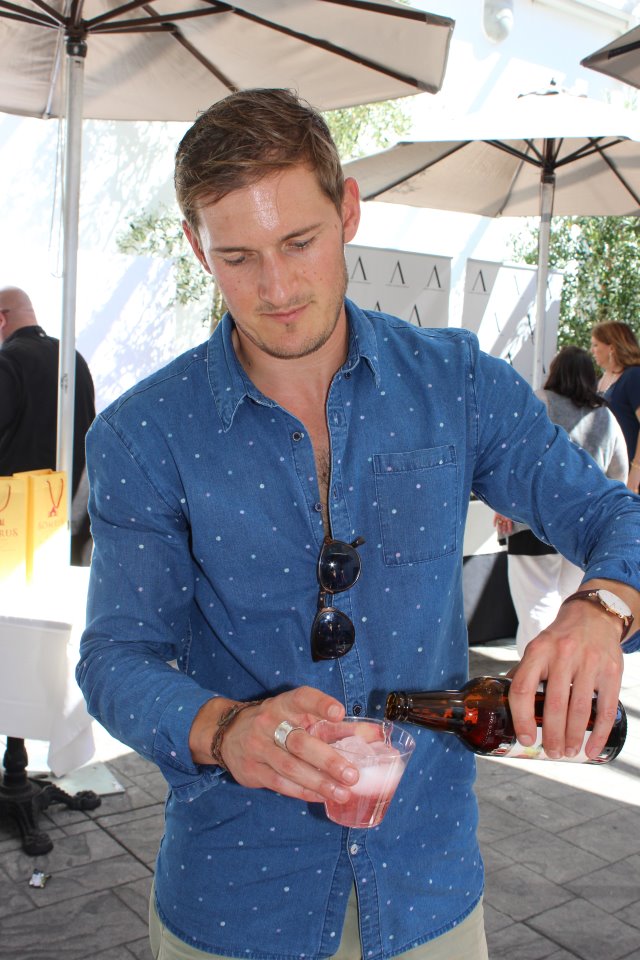 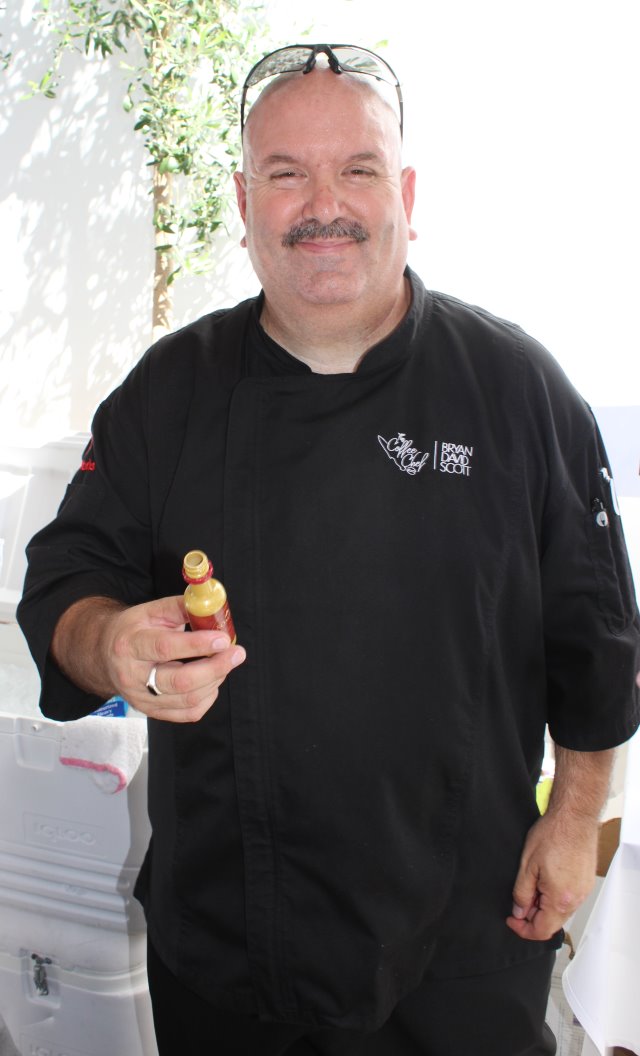 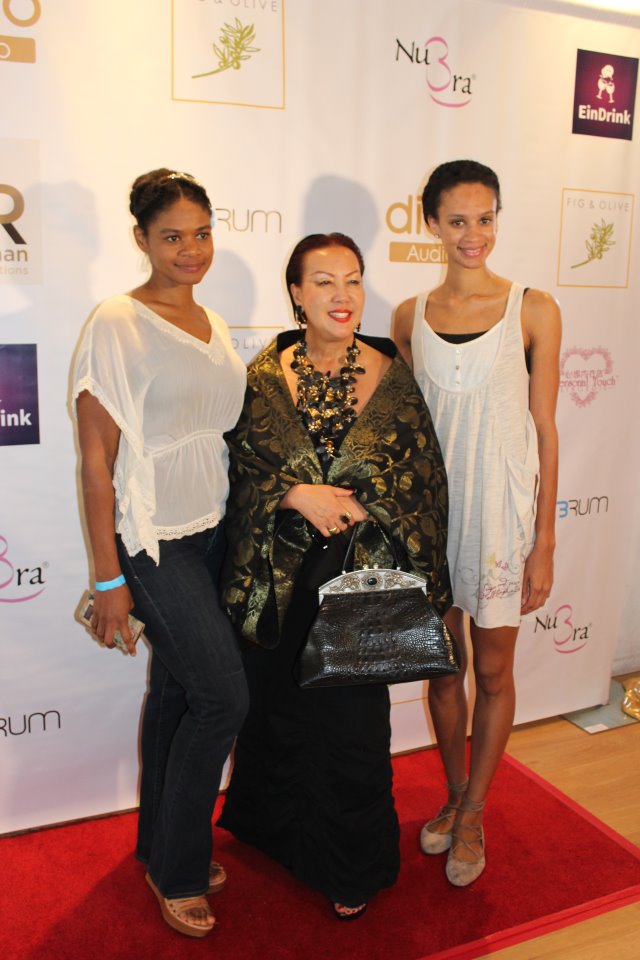