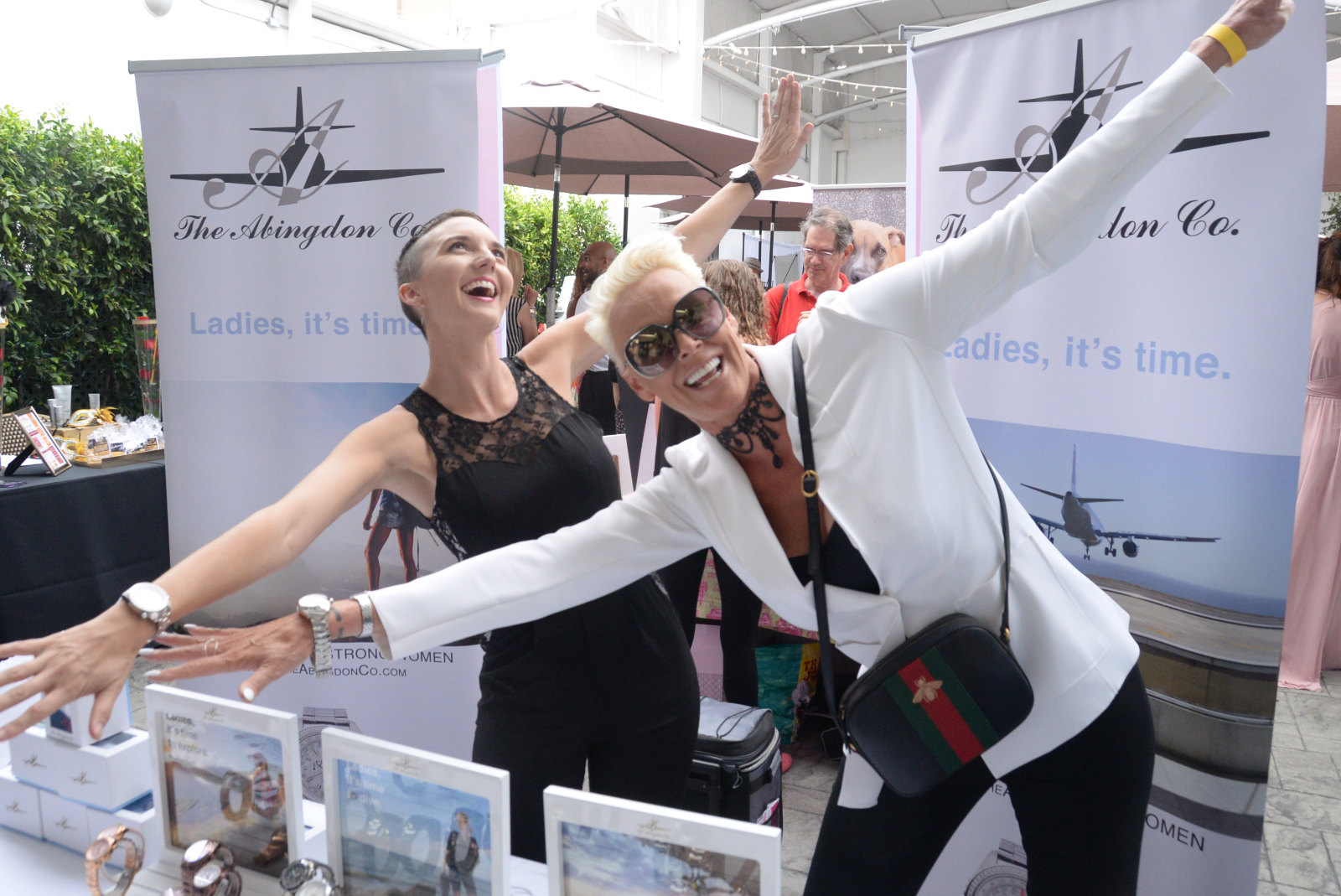 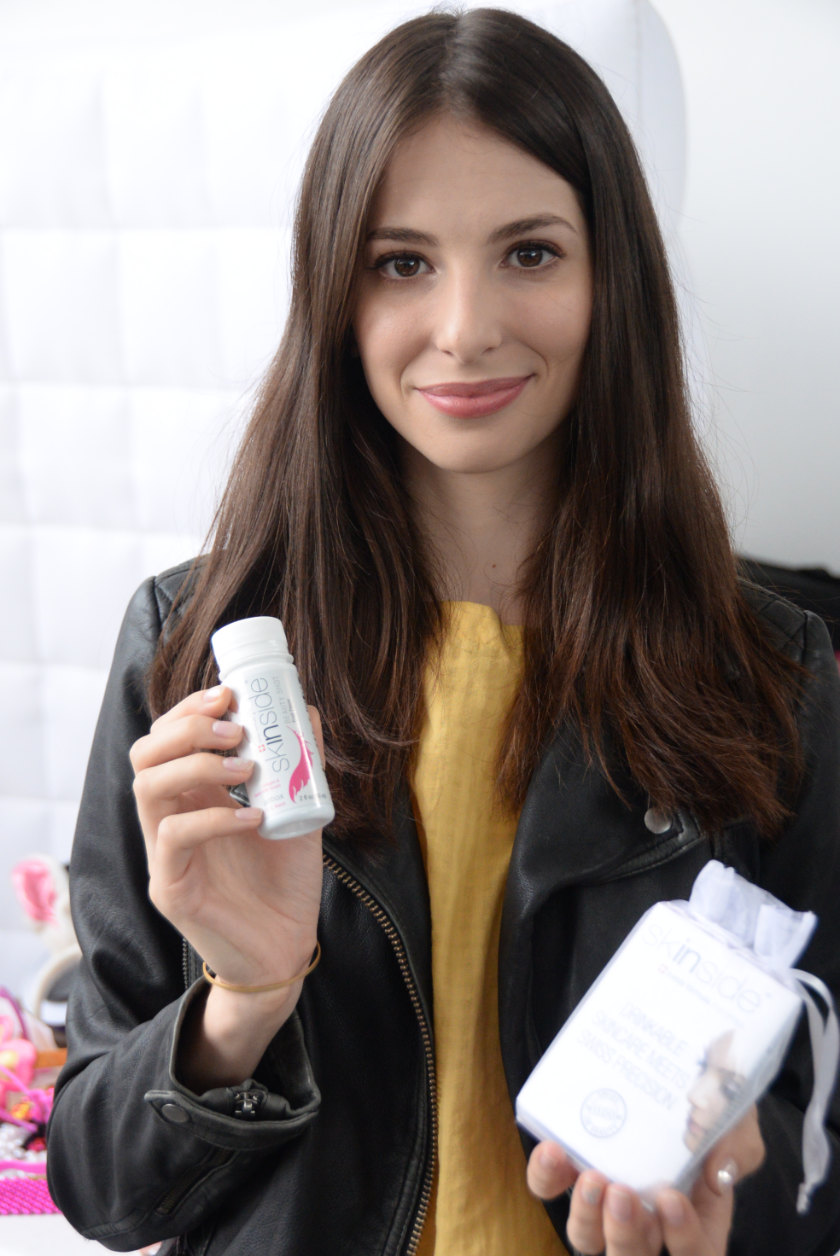 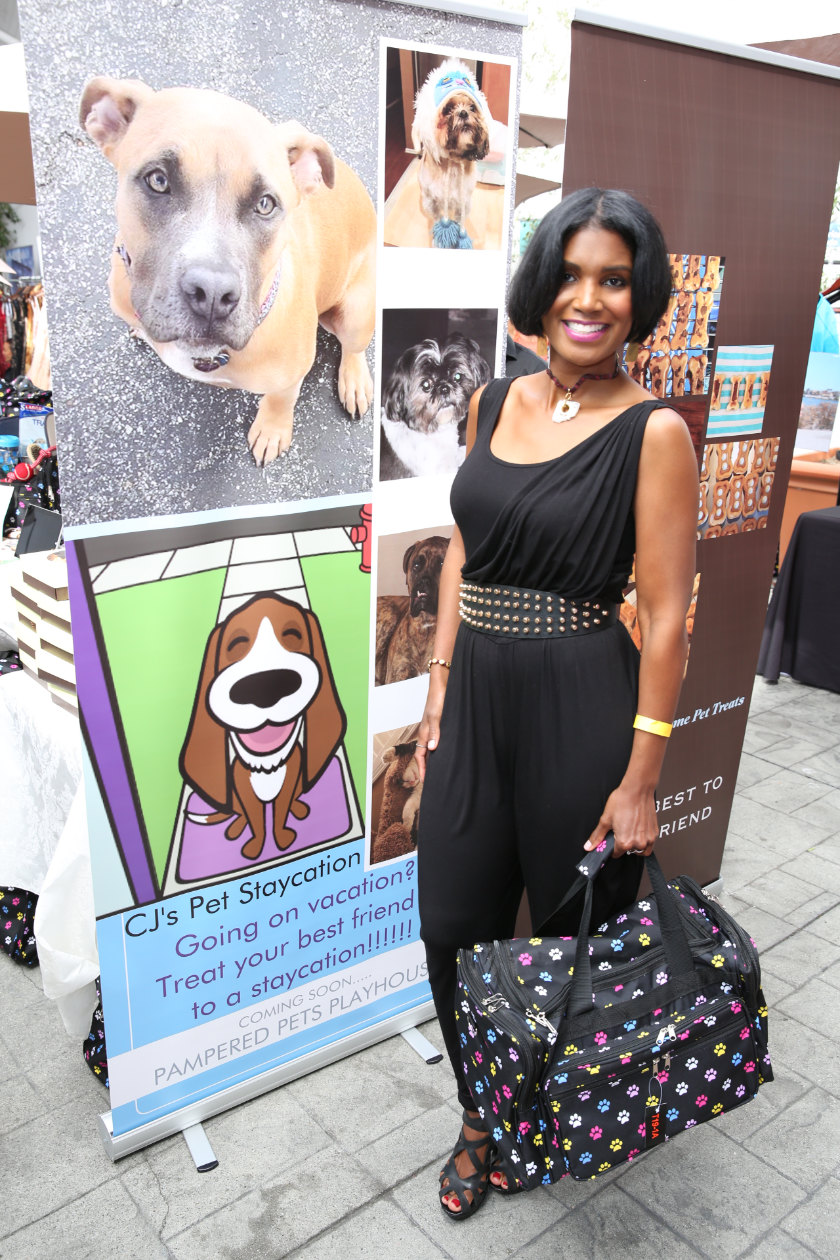 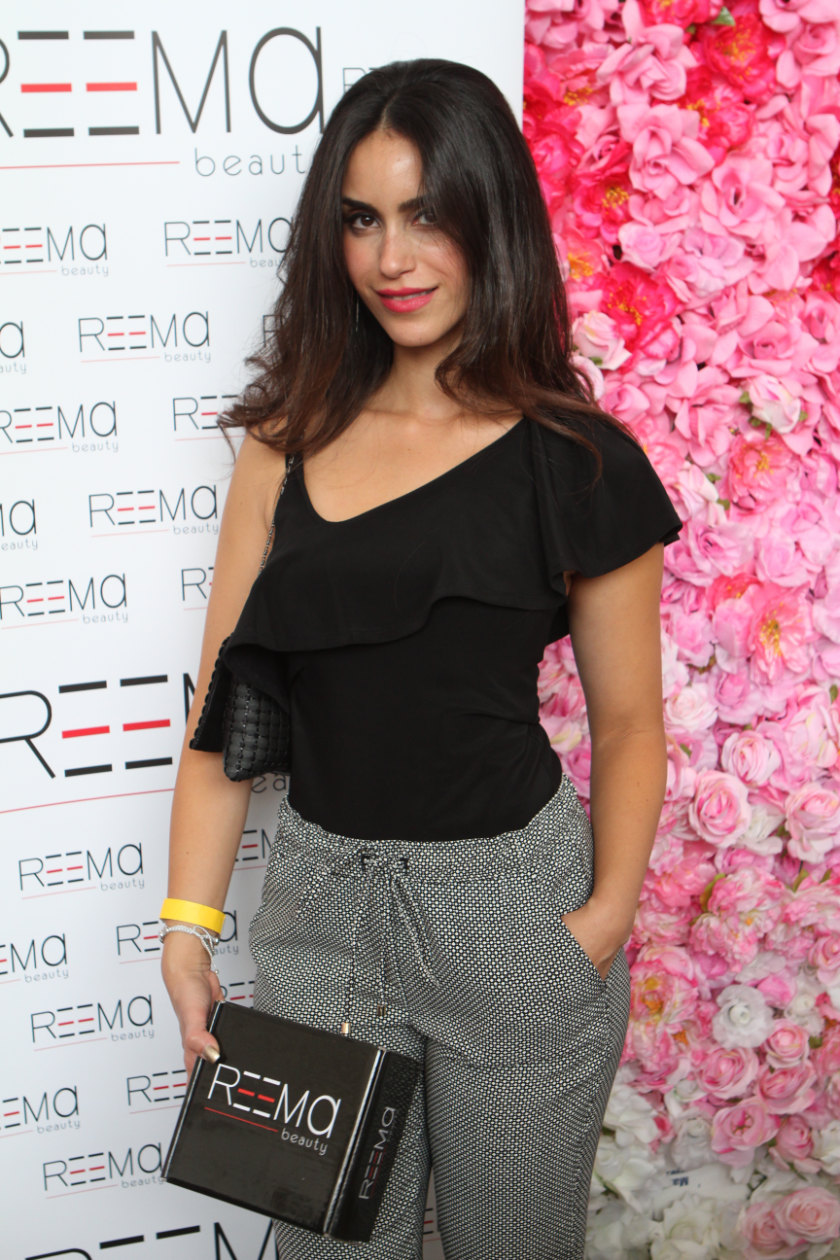 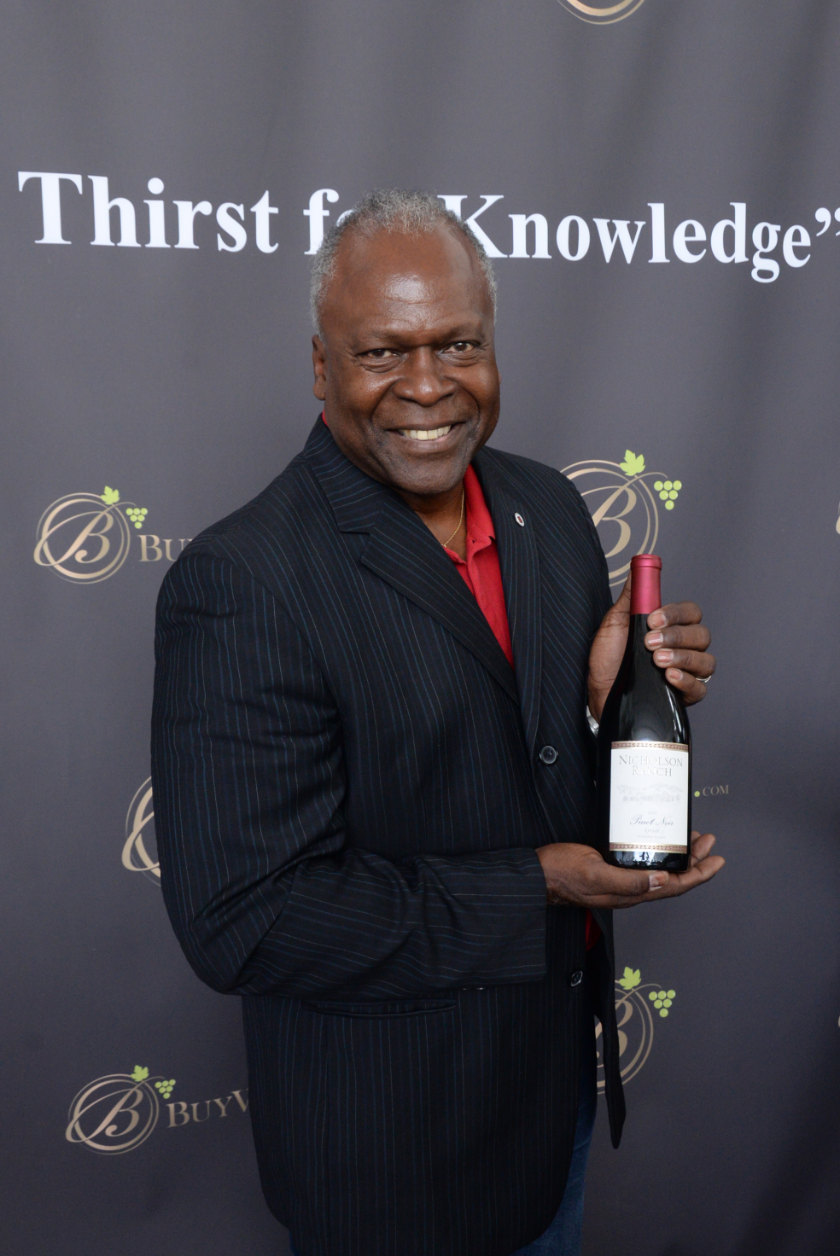 It is just not awards season without Doris Bergman, who was back with the Eighth Annual Style Lounge & Party in Celebration of Emmy Season. The tried-and-true lounge continues to raise funds and awareness for Wednesday’s Child in Los Angeles, provide a delicious Mediterranean lunch at gathering place Fig & Olive, and send celebrities and Hollywood influencers home with a bevy of fun and useful products for themselves, their kids, and their four-legged friends. Buywine.com provided a suitable toast for the guests with excellent Spanish rose, dessert wines, and fine white and reds from California and international wineries.
Doris Bergman suite stalwarts Twisted Silver, Single & Kaya di Koko, My Saint My Hero, Art Lewin Bespoke Tailoring, and Sue Wong were back with some nice twists on their classic offerings. At Twisted Silver, we learned chokers were trending for women, while men’s fashion was becoming a touch more daring with longer chains. We were thrilled to see Single Dress expanded its offerings to include a plus-size collection of club and cocktail wear that showed that body-conscious, sexy fashion could be done in a flattering and inclusive way. It was interesting that it was in keeping with the way this round’s group of vendors represented the idea that beauty does come in all shapes, sizes, and colours.
Some of the most exciting news about forthcoming projects came directly from Sue Wong. While the LA-based eveningwear designer’s collections—which recall Hollywood’s golden age from the 1920s through the 1950s—never goes out of style, we were excited to hear about her plans for her expansion into lifestyle, which encompasses a new home collection and a hotel that will open in Downtown Los Angeles.
Like Sue Wong, the Fig & Olive meal was made up of enduring favourites with a few subtle new twists (including a salad with seasonal green apples). However, there were some enjoyable things on the side, including honest-to-goodness Red Velvet cake from Food Network star Chef Elliott, ready-to-go cocktails from Spa Girl in cucumber and pear, fire-breathing condiments from Burger Time, with Hint Water nearby to put the fire out deliciously. Speaking of burn-quenching, Hint had something pretty cool on hand: fruit-scented SPF 30 sunscreens. Another beachy addition to the party included Curlifornia and Hair Swell styling sprays for men and women, designed to achieve that windblown look with sugar instead of drying salt.
While Olympia USA sent guests home with perfectly practical wheeled backpacks, CJ’s Pet Staycation put together the perfect care packages for dogs with an adorable duffle bag packed to the rafters with treat jars, bowls, blankets, toys, and other supplies. New vendors on the scene included premium aviator and diver watches by the Abingdon Company and Jeanne Vixen Jewelry. While we have encountered Reema Beauty at past suites, what’s new here is her global hunger initiative, Feeding the Beauty within. The initiative, inspired by what founder Reema Kahn witnessed in her native India growing up, helps abused and homeless women and their children regain their footing by providing food, shelter, and other forms of support.—Elyse Glickman, US West Coast Editor, and Leyla Messian, Senior Correspondent 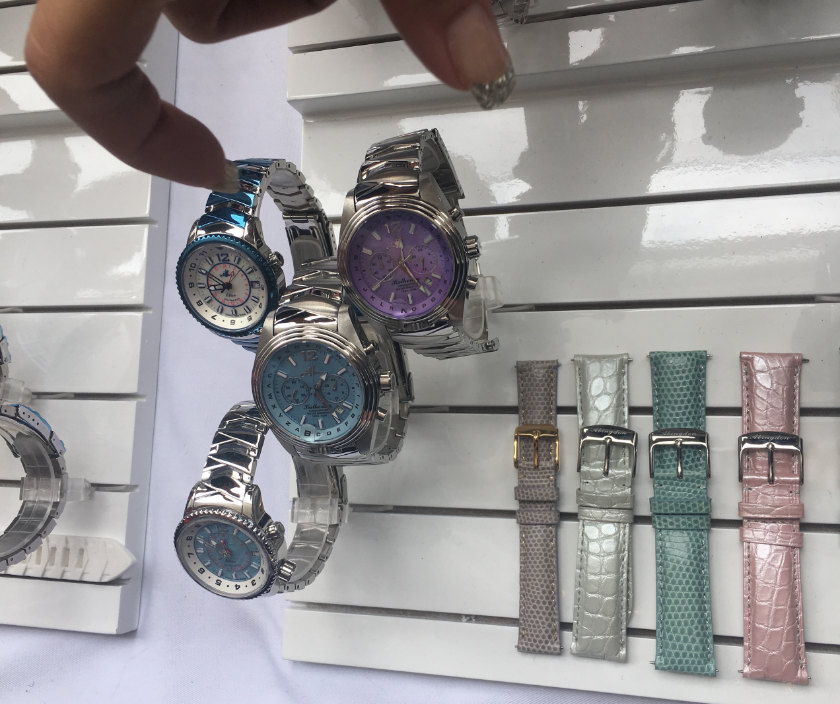 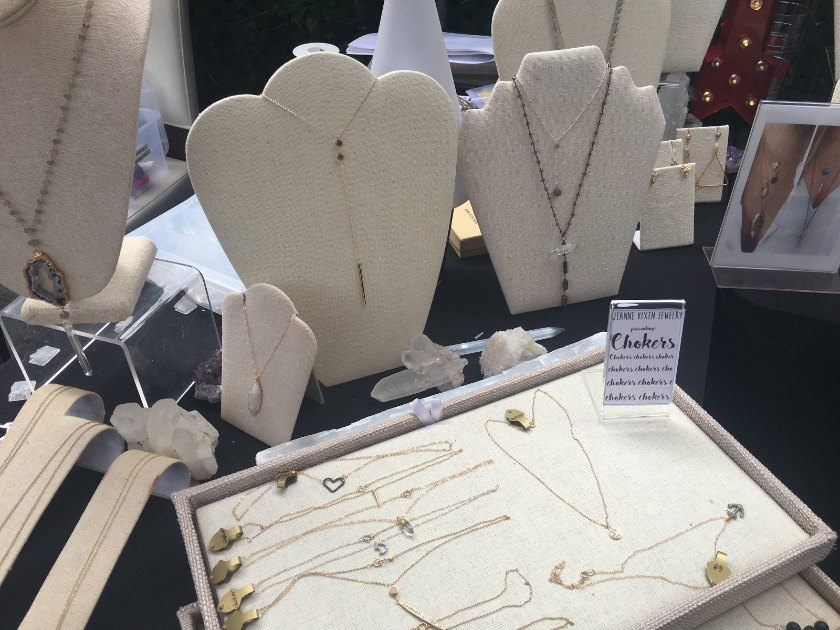 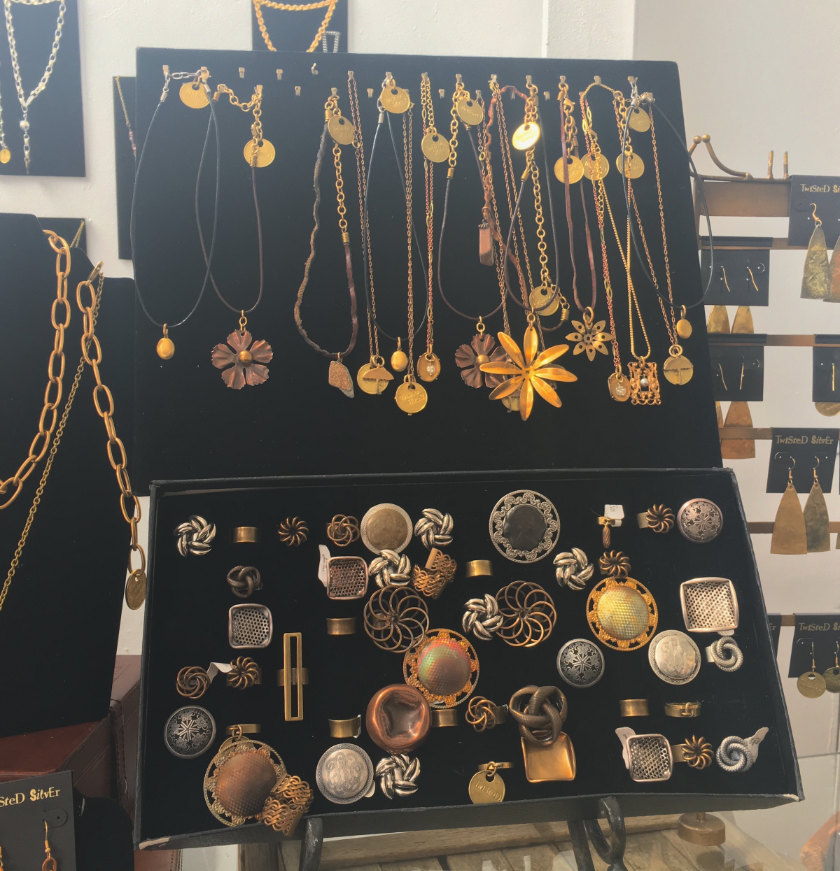 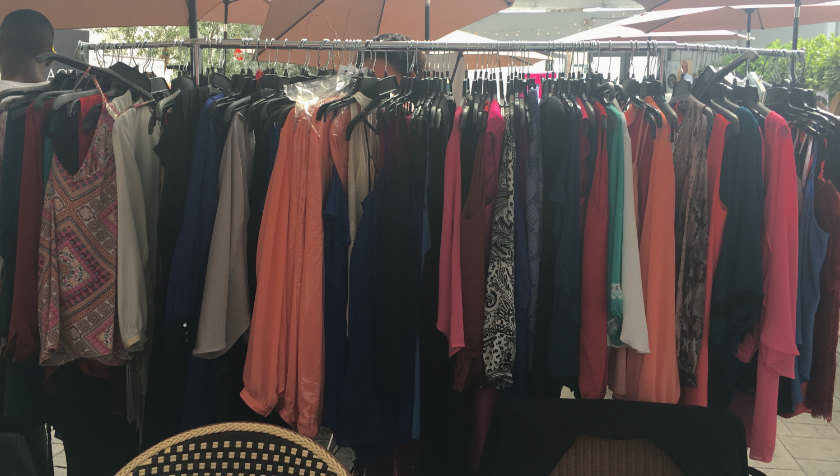 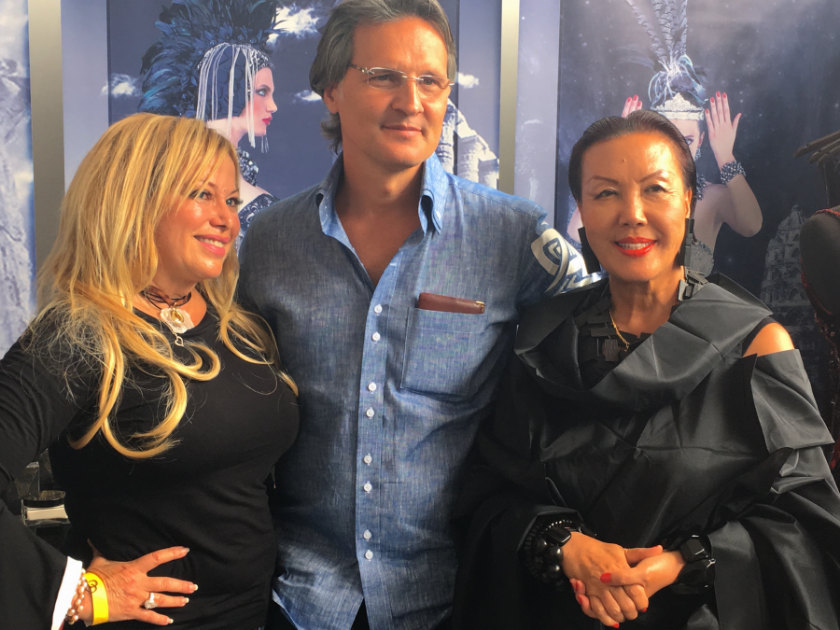 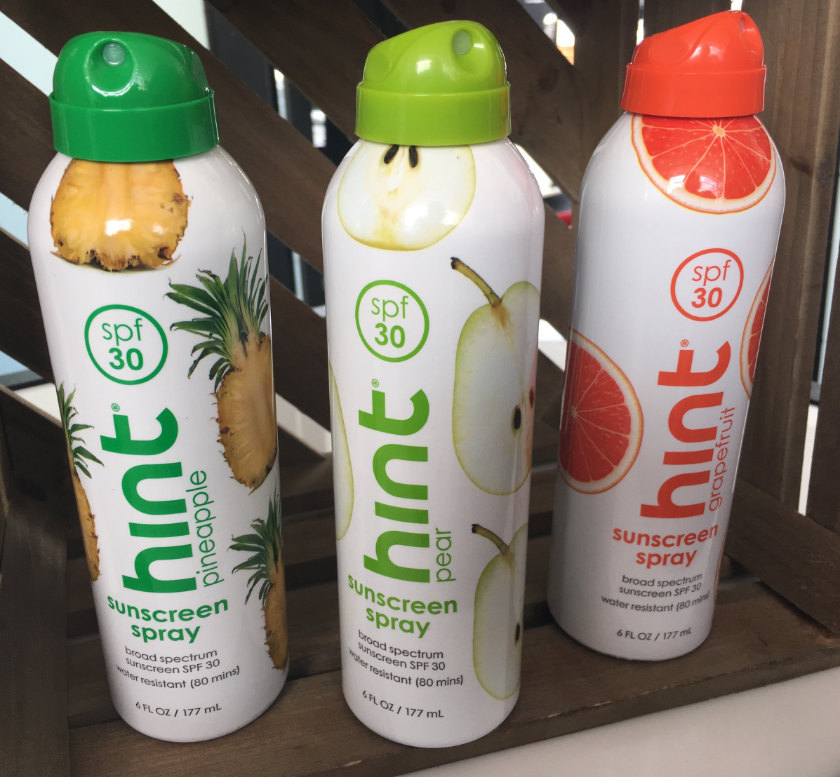 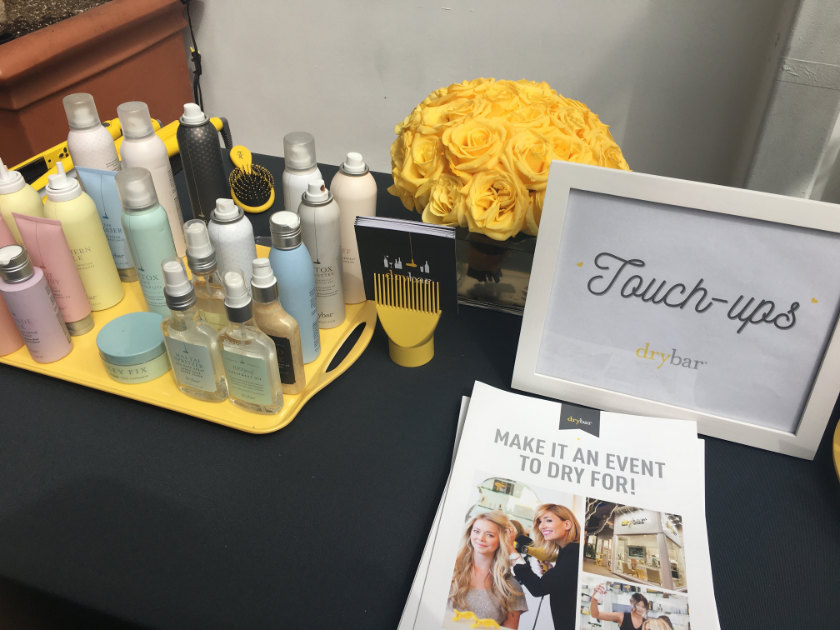 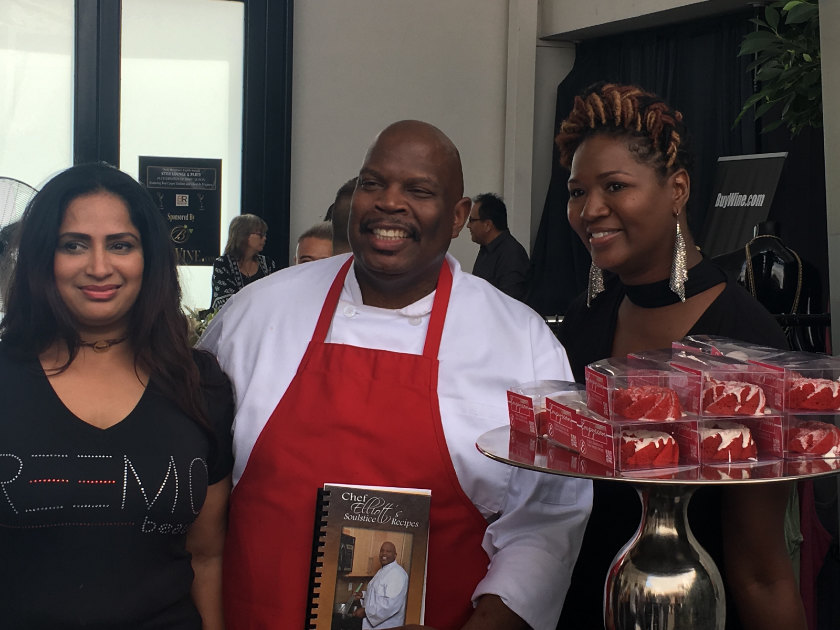 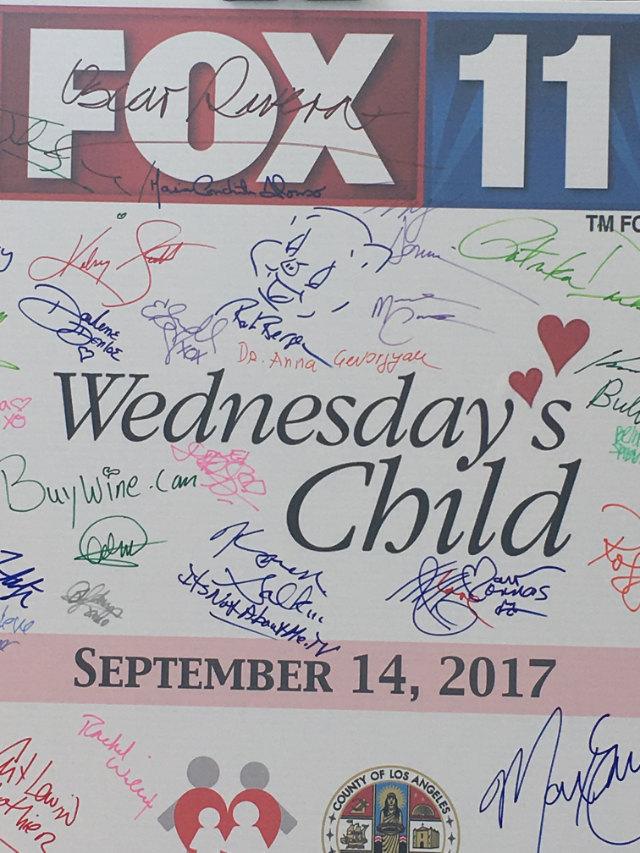 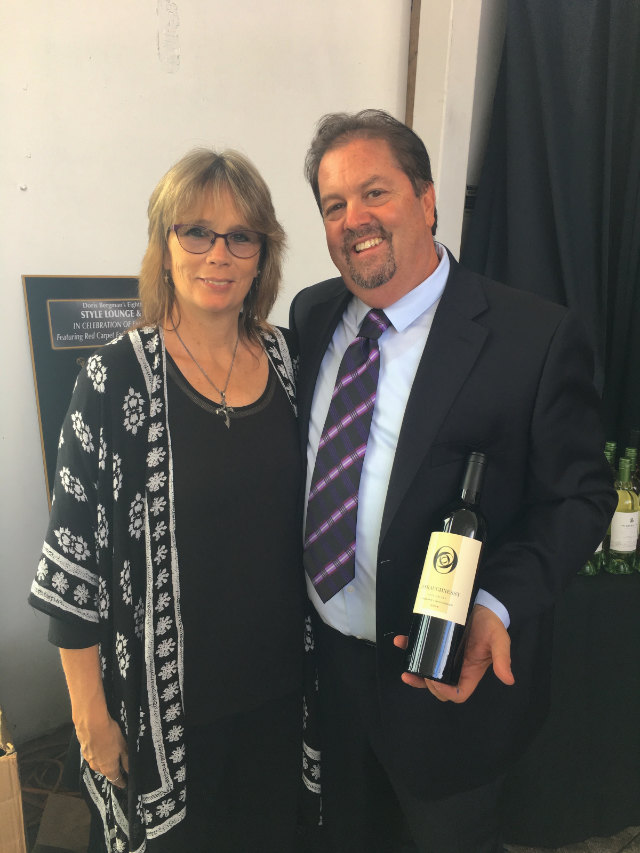 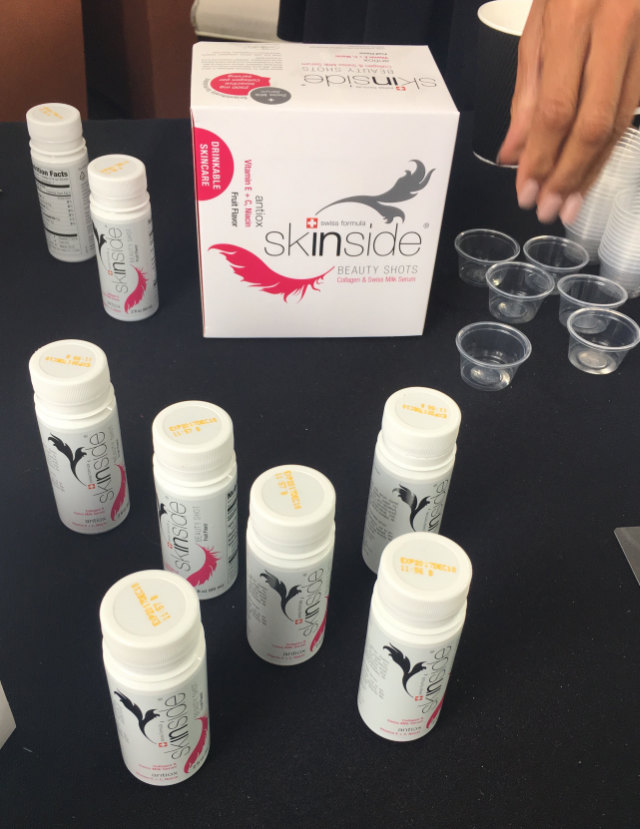 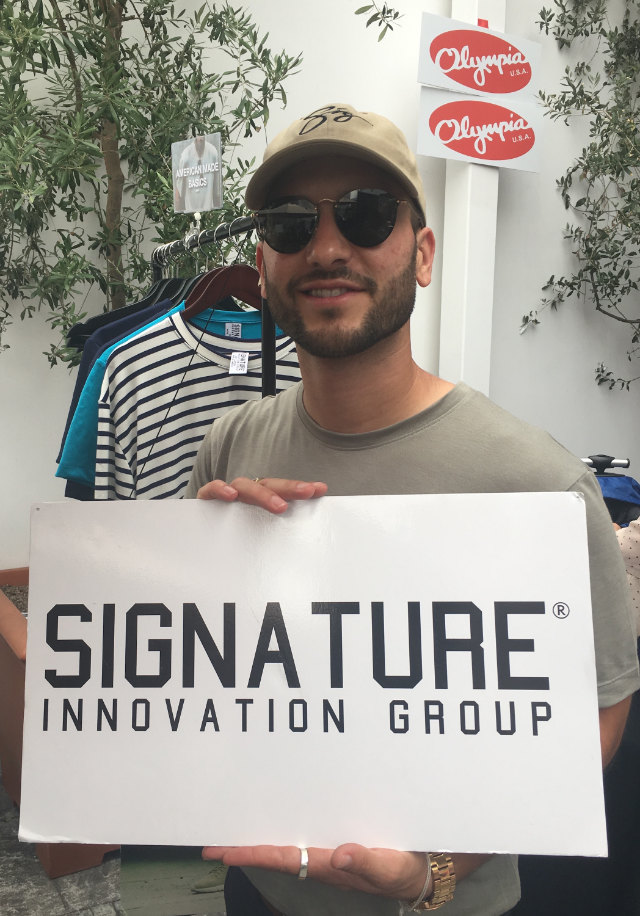 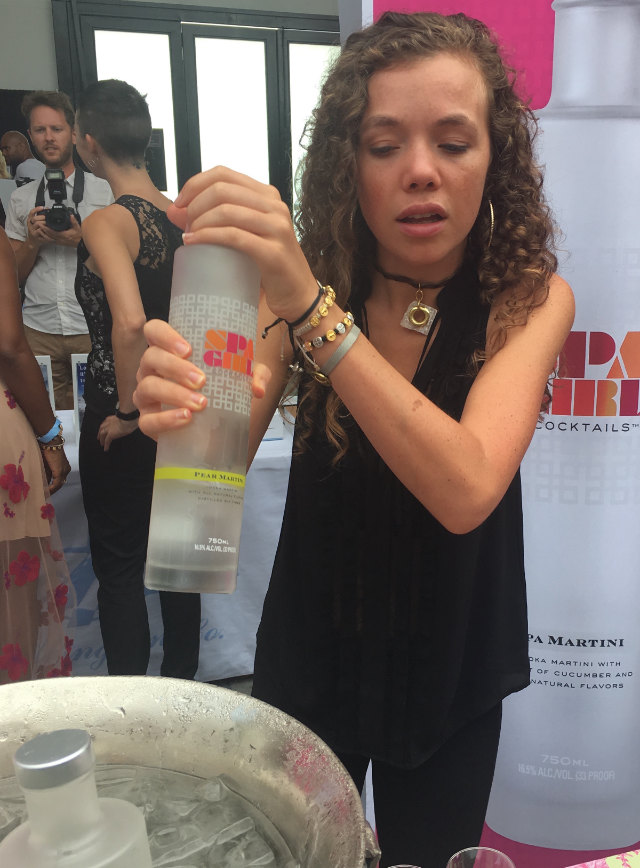 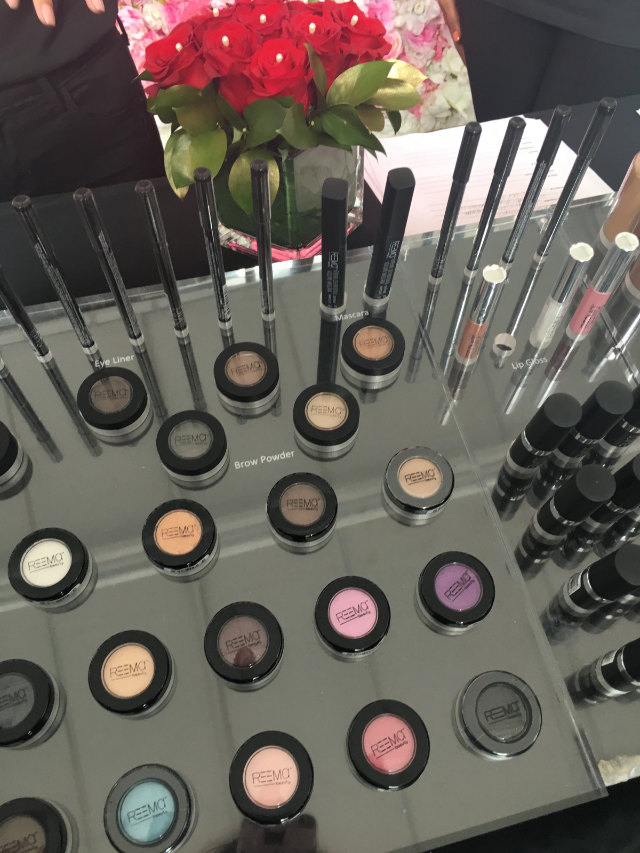 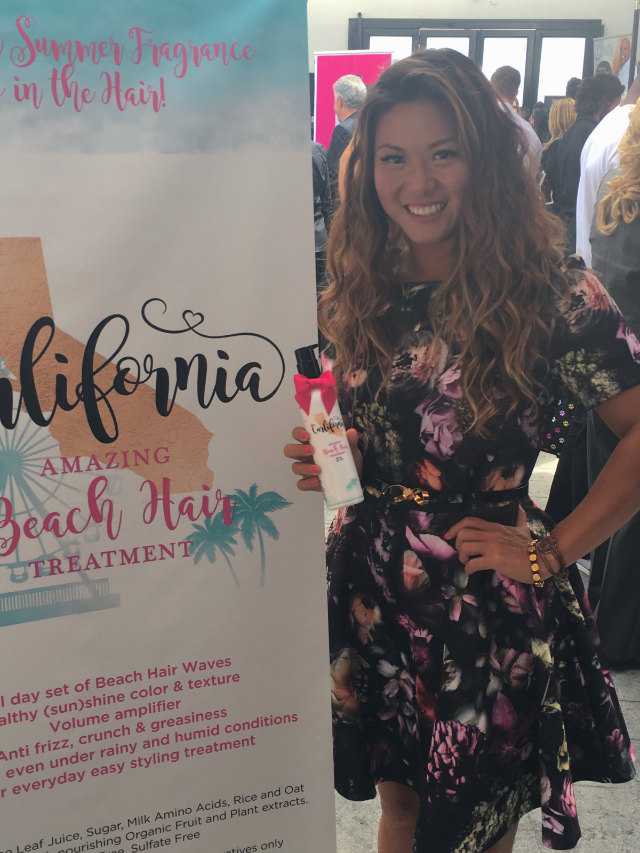 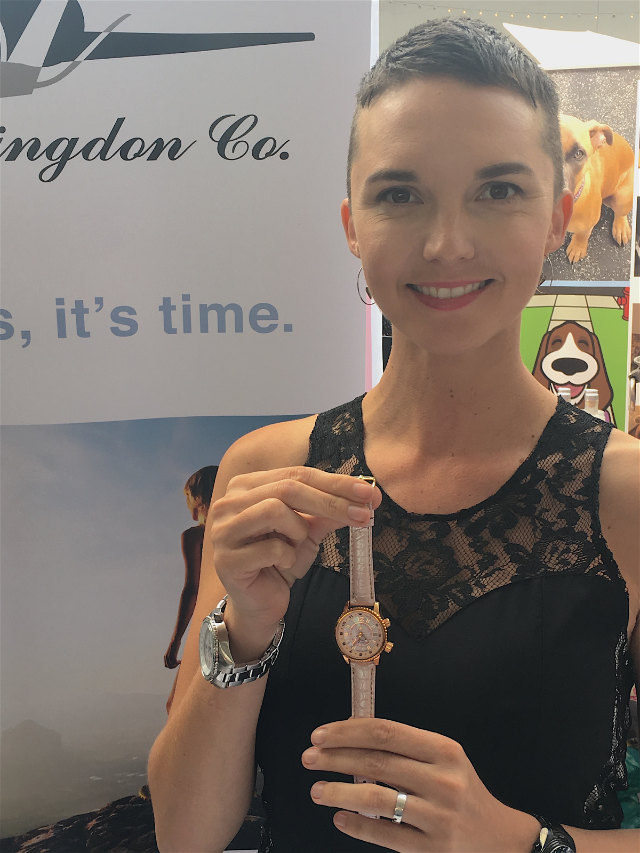