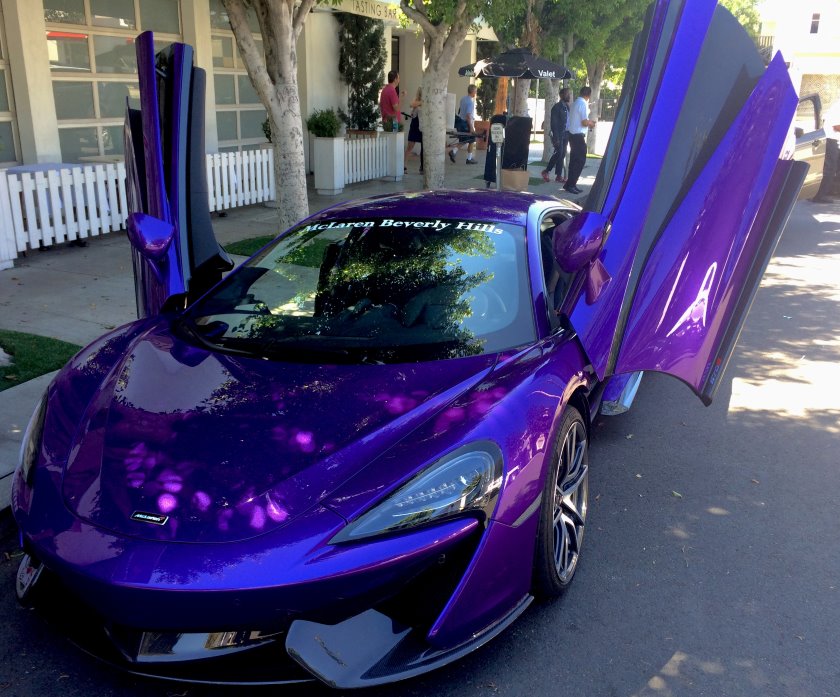 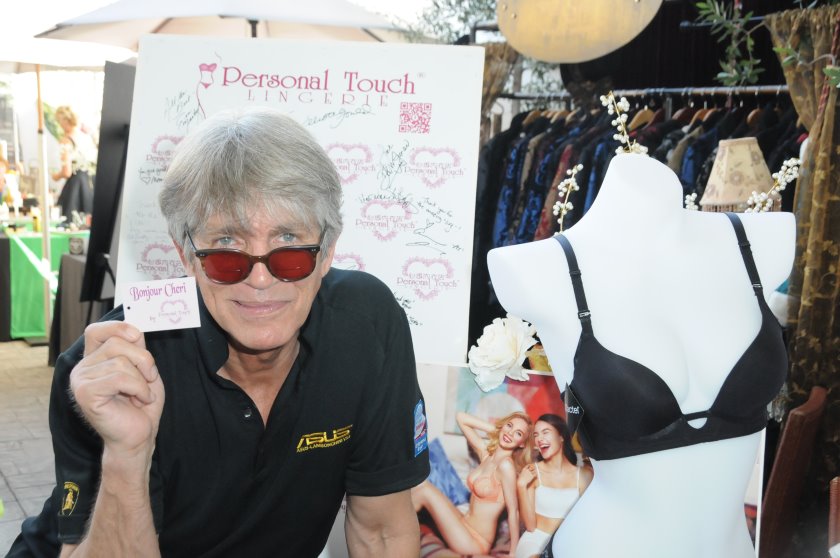 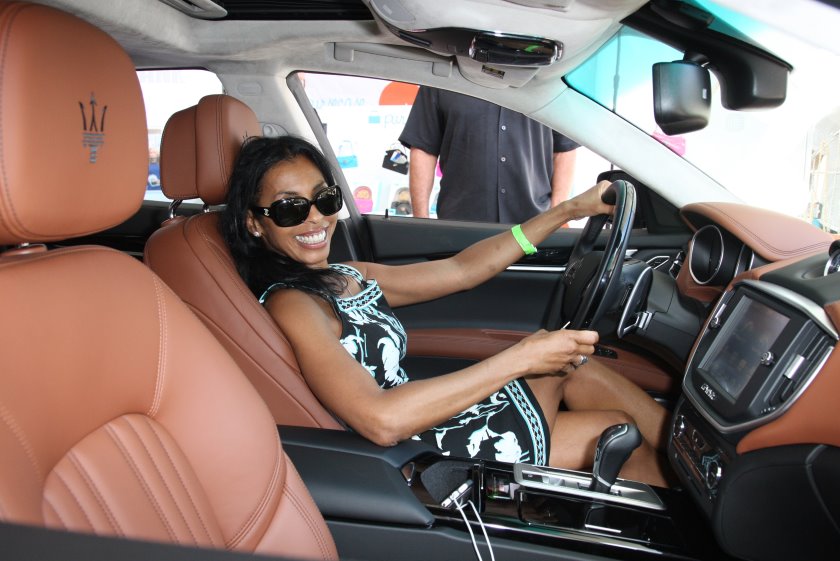 Doris Bergman’s sixth annual Emmy Style Lounge & Party at West Hollywood Fig & Olive offered many of her familiar hallmarks, from a freshly prepared Mediterranean-inspired lunch (Cæsar salad, penne with shrimp, chicken with couscous) to ice cold Hint water to a bevy of respected talent (Emmy nominee Khandi Alexander [Scandal], Steven Bauer [Ray Donovan], Eric Roberts, Doris Roberts, Esai Morales, Shirley Jones, Elliott Gould, Jason Ritter, Rénée Taylor, Dot Marie Jones) and some of our favourite beauty, fashion and lifestyle products from Los Angeles and beyond.
However, there were two new A-listers invited to the party that proved to be real showstoppers: the Maserati Ghibli and a bespoke, advanced McLaren 570S Coupe (not yet available to the public), escorted by the Auto Gallery. The regal purple 570S was as curve-hugging as the sublime Sue Wong dresses inside the restaurant courtyard, with both men and women clamouring to try the car on for size. While male celebs could consult with Art Lewin Bespoke Executive Clothiers for their Emmy look, the car’s tailoring, according to Car and Driver, includes a twin-turbo 3·8-liter V8, making 562 hp and 443 lb ft, mounted behind the driver, enabling it to hit 100 km/h in 3·2 seconds and a top speed of 328 km/h. Ceramic brakes, sequential seven-speed gearbox and an adaptive suspension round out the list of essential goodies.
Local Fox 11 news presenter Christine Divine was also back to shine a spotlight on Wednesday’s Child, focused on placing children in the LA County foster care system in need of adoptive families. True to form, Bergman once again invited two lucky teens to experience her unique brand of the VIP treatment, in one of the most welcoming venues of pre-Emmys week.
‘In Los Angeles County, alone, there are over 35,000 children receiving child welfare services,’ points out social worker, Professor William Wong. ‘Gifts and monetary donations to the Wednesday’s Child Pre-Holiday Gift Drive [at this event] was overwhelming. Most importantly, the event sponsors and celebrity guests have provided examples to follow, giving the public permission to embrace our kids.’
Single Dress and Roadkill Boutique offered casual attire for pre- and post-party lounging, while Twisted Silver offered lovely new pieces with a refined and ladylike ’50s–’60s look inspired by repurposed faux pearls, crystals and findings from the era. We also liked the new hair roots touch-up make-up from ColorWow, and were thrilled to see Kelley Weaver’s latest Purse Case designs be a hit with a crowd that could be as critical as the Shark Tank judges. Tekeen, new on the scene, is a tequila spirit infused with fresh fruit flavours such as pink grapefruit and passionfruit.
Even with all of that star power, author Lacretia Palmer was the break-out star of the event, thanks to her charming-but-powerful children’s book Billy the Bully. While a variety of authors, including young adult novelist Judy Blume, have taken on the topic of bullying, what makes Billy the Bully effective is the fact that the bully himself is the story’s protagonist and his transformation from bully to conscientious individual is told from a first-person perspective. His steps towards redemption also shine a light on other issues, such as childhood hunger. Twiistii Hair Accessories, which have built-in wires for better staying power, were adorable, especially those with sports team prints.
Other returning sponsors included NuBra, Personal Touch, Samiah Fine Clothing, Telic Footwear, My Saint–My Hero, Radar Watches, Model in a Bottle, My Dog Nose It and Timmy Woods Handbags.—Elyse Glickman, US West Coast Editor 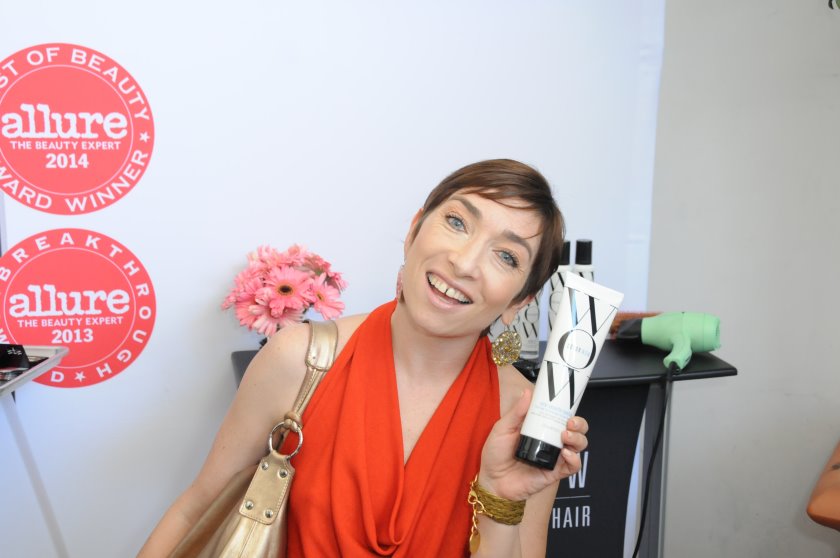 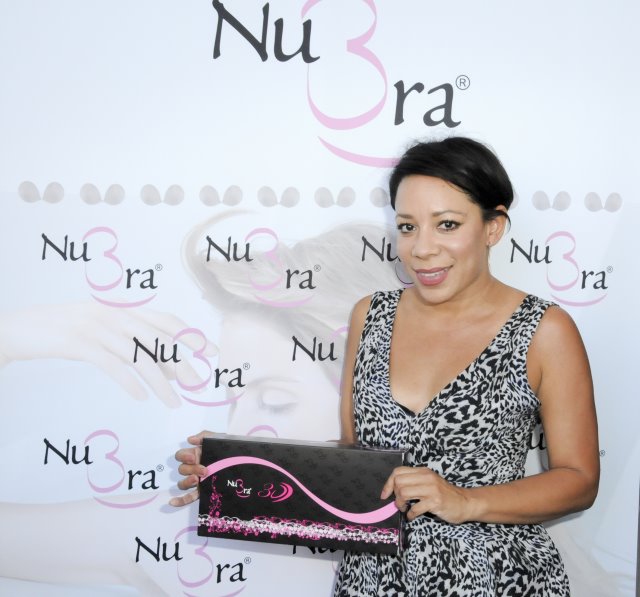 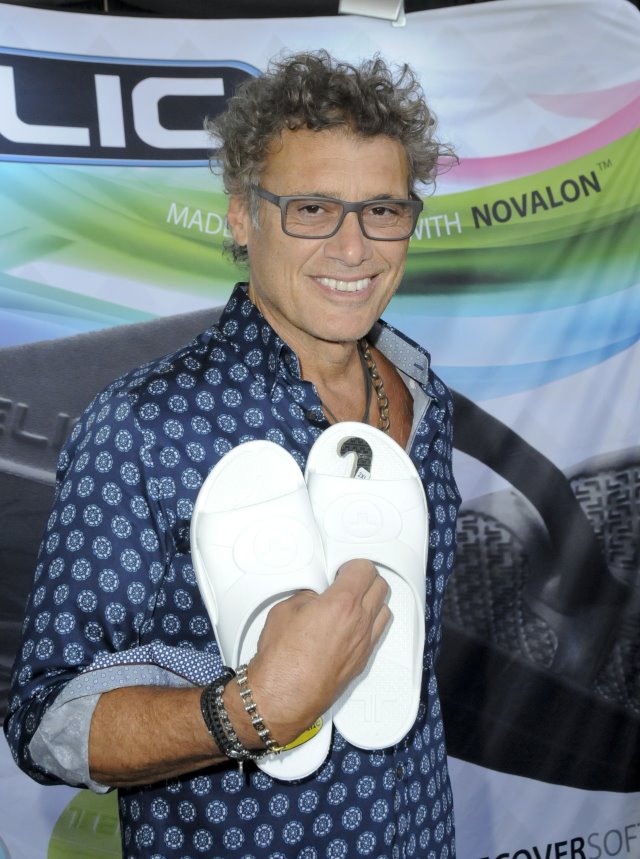 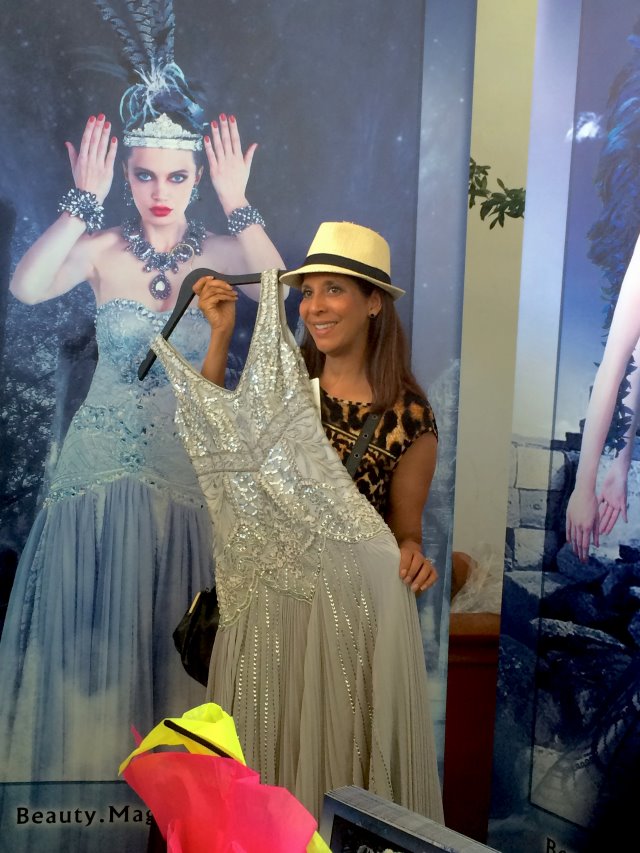 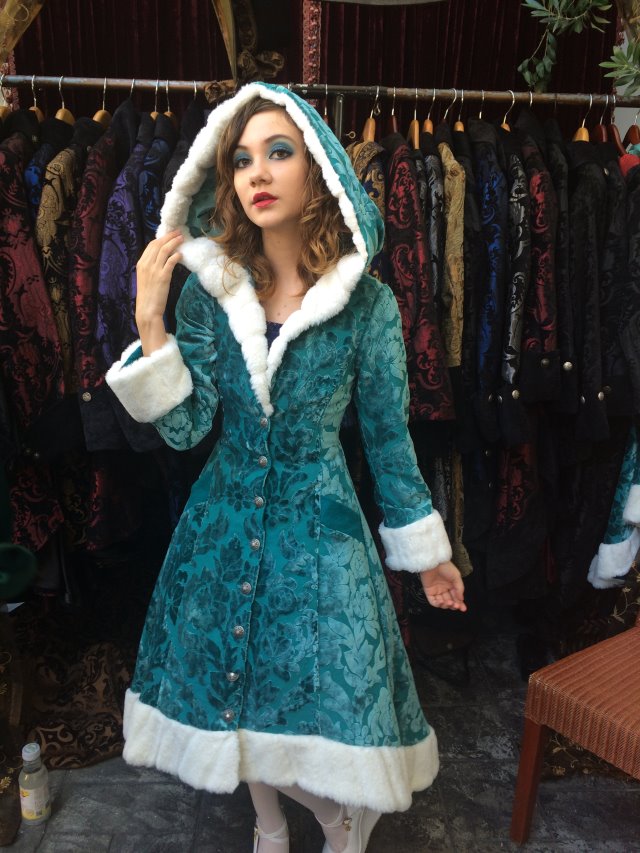 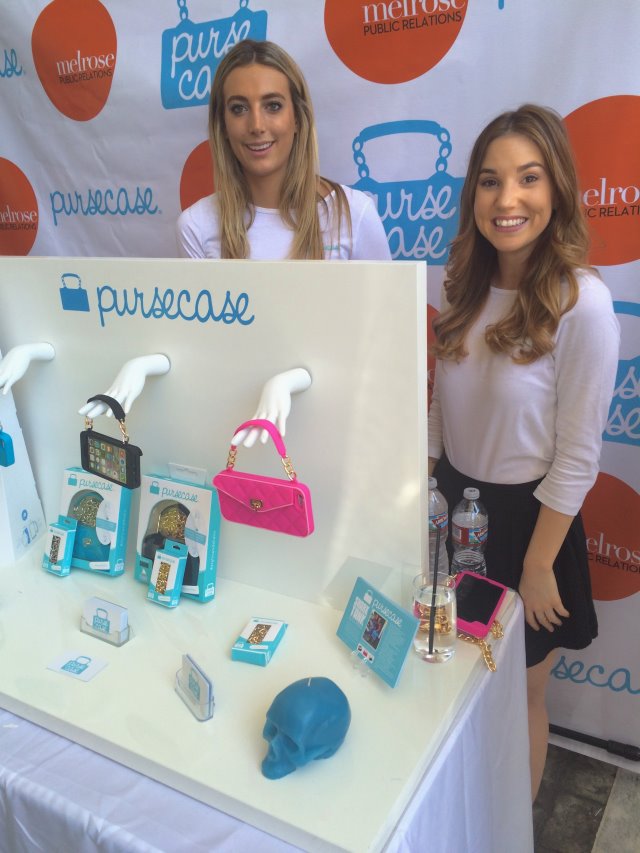 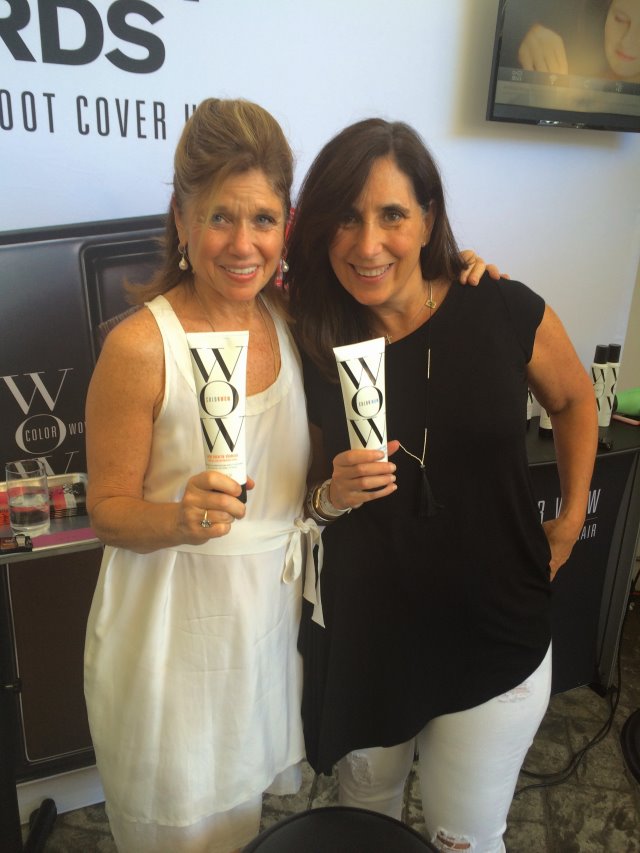 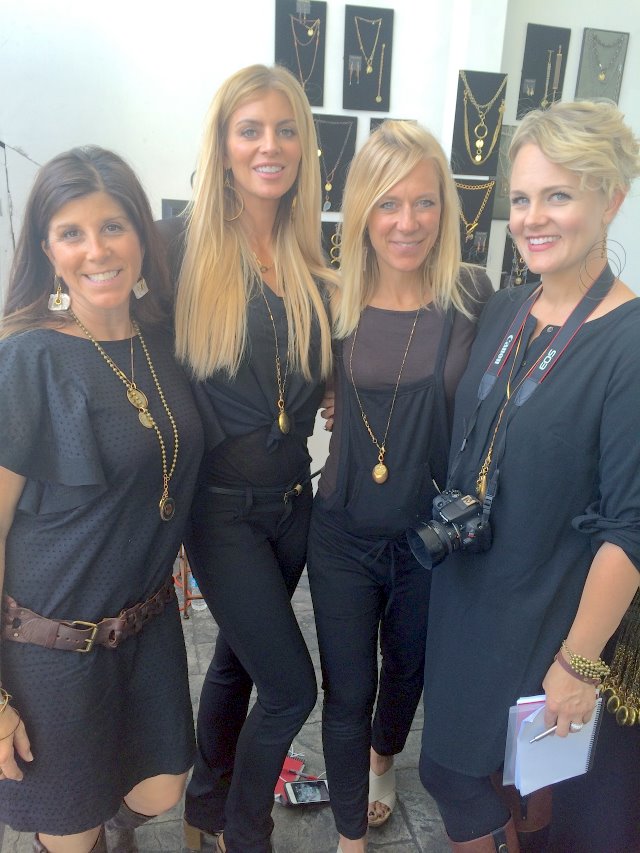 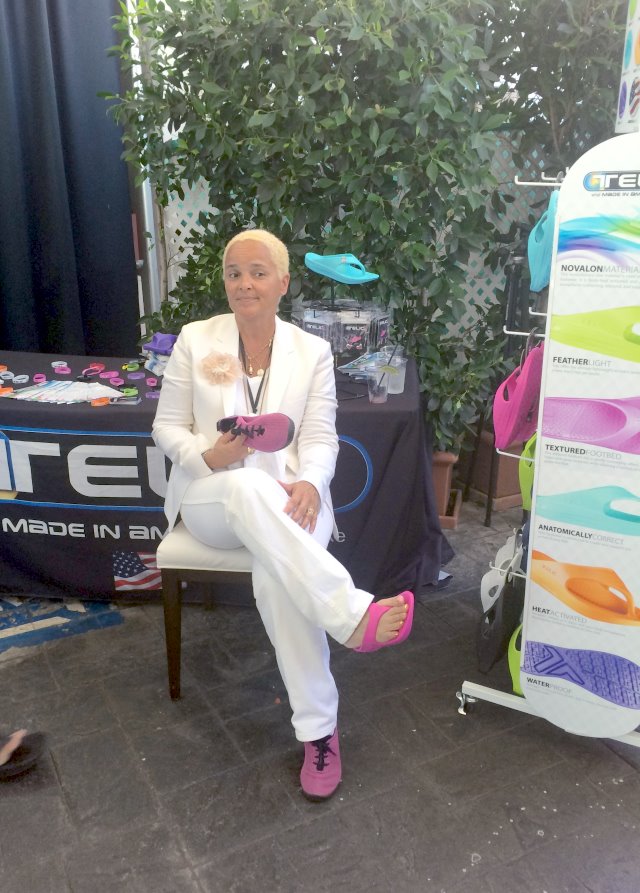 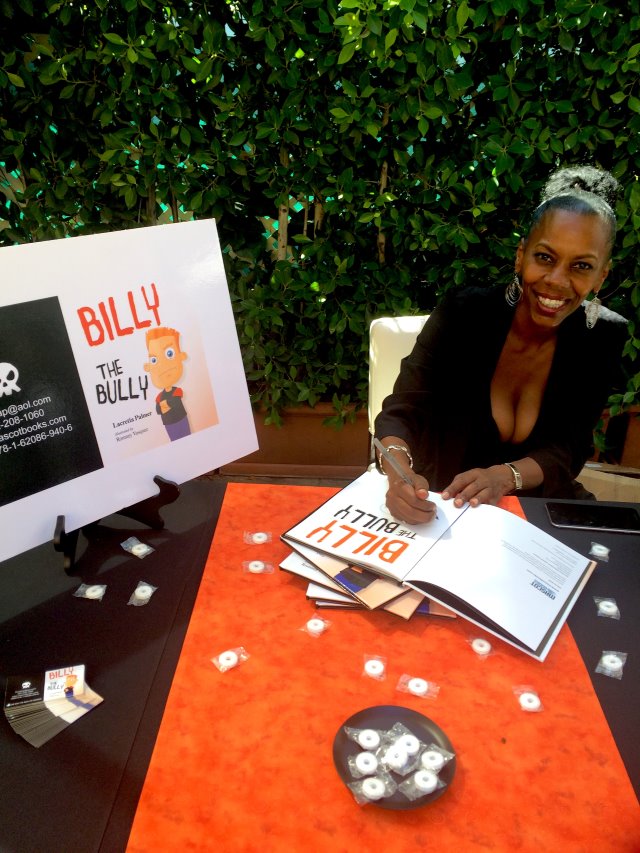 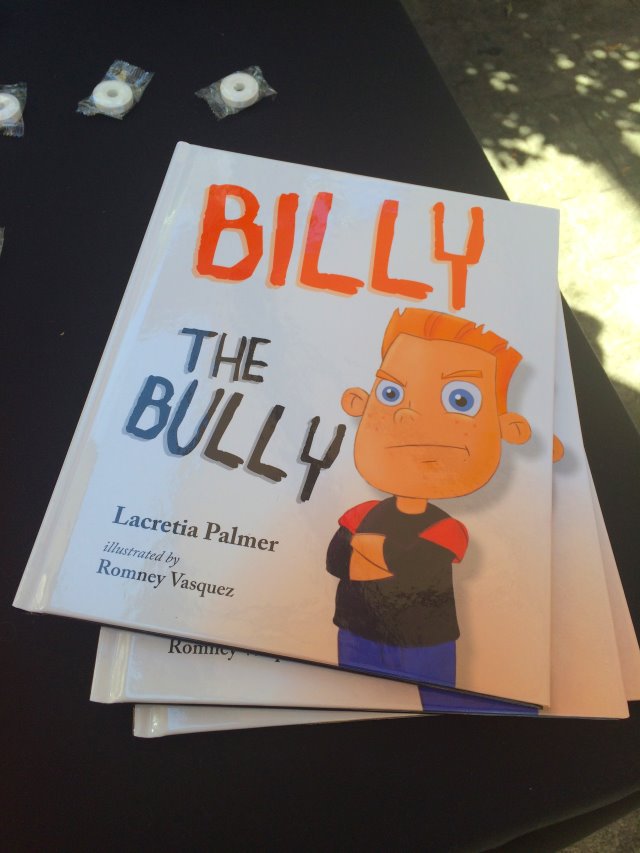