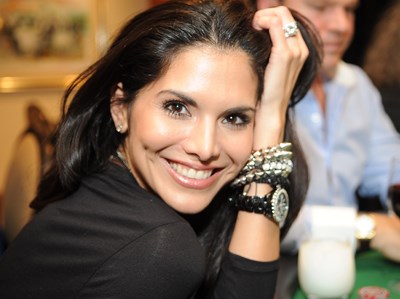 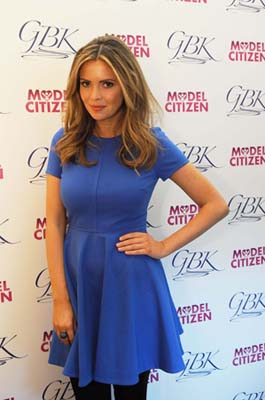 As the winter season descends on Los Angeles, celebrities and their handlers can count on cooler temperatures (with global climate change) as well as award show-related events that start with the American Music Awards, climax with the Academy Awards in March and cover every aspect of the entertainment industry. While GBK is noted for spoiling its celebrity guests (and a small, élite group of media) with Volkswagen-sized gift bags, organization founder Gavin B. Keilly has stressed throughout the company’s history that various charities made up the heart and soul of their events.
Celebrities on hand trying out the goods for the first red-carpet go-round of the awards’ show season included presenter Khandi Alexander (the TV Mom of Kerry Washington’s character in ABC’s Scandal), Carly Steel, Jai Rodriguez, James Kyson and E. Roger Mitchell, Stef Dawson and Elena Sanchez of The Hunger Games: Catching Fire.
With that in mind, it was refreshing to see a very special gift bag showcased amid winter-suited beauty products, designer clothing and grown-up toys put together for people who could truly benefit. The Model Citizen Fund, founded by Dan Fleyshman, raises funds to assemble life-sustaining backpacks stocked with about 150 items that include energy food, first aid necessities and hygiene items that are distributed to the homeless and disaster victims. While celebrities and VIPs got the jump on (receiving) their holiday season gifts early, it was important to see an example of how a gift bag can actually change a life, or at least help somebody rebuild theirs.
ChildSupport Clothing, one of the clothing vendors, promoted their raison d’être, raising funds to provide relief for children living in poverty and other life-threatening living situations.
There were plenty of beauty products, many at friendly non-Hollywood prices, that could prove to be lifesavers during the dry, brittle winter season: Carmex Moisture Plus balms in slim, sleek patterned tubes. Mark Hill Salon Professional shampoos and styling goods that are an exclusive to Walgreens pharmacies nationwide and Herbalosophy Beauty’s botanical-based shampoos, hair oils, conditioners and masks. The founders of GrandeLash-MD were on hand to distribute their “gift of glam”, consisting of their patented eyelash-building formula and mascara.
While Cohesive Clothing and Boom Boom Jeans gifted VIPs with moderately priced fall and winter pieces that had a very street-chic All Saints sensibility, Chicago-based lingerie designer Jada Michaels took great pride in the fact that her expanding collection (which will soon include patented shapewear) offers a broader range of bra sizes as well as foundation options. ‘Everybody deserves to be sexy,’ said Michaels when presenting samples from her forthcoming 2014 line. Another enterprising entrepreneur, Caryn Sterling, united function and fashion with her eye-catching line of Chanel-inspired Ipad “purses”. To literally top things off, Contraband Hats offered celebrities a toasty beanie from their winter collection, as well as trucker hats and fedoras for warmer settings.
While Temperance Distilling Company sweetened up the party with their innovative Liquor Whipped line (which should come in handy when serving up cocoa and hot coffee cocktails), my colleagues and I were impressed with the rest of their line, which included ready-to mix spirits crafted from independent whiskey, vodka and rum producers.—Elyse Glickman, US West Coast Editor 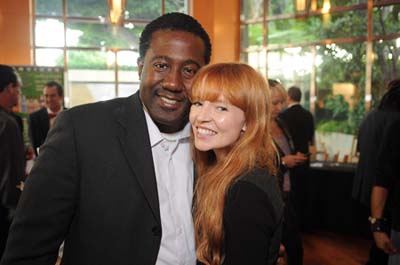 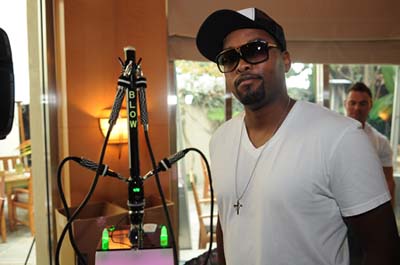 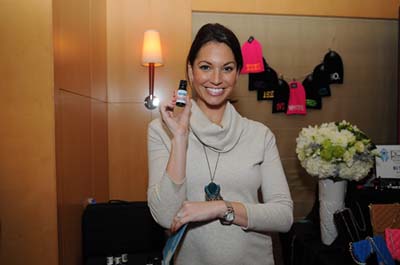 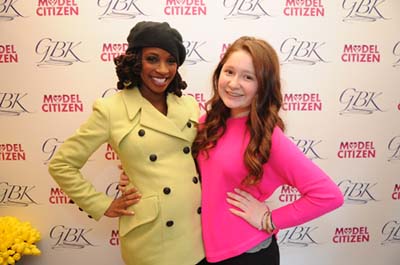 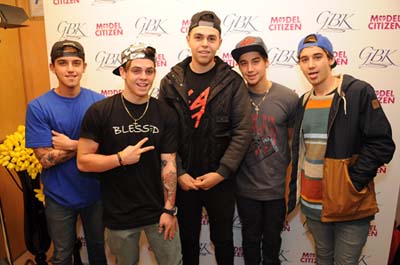