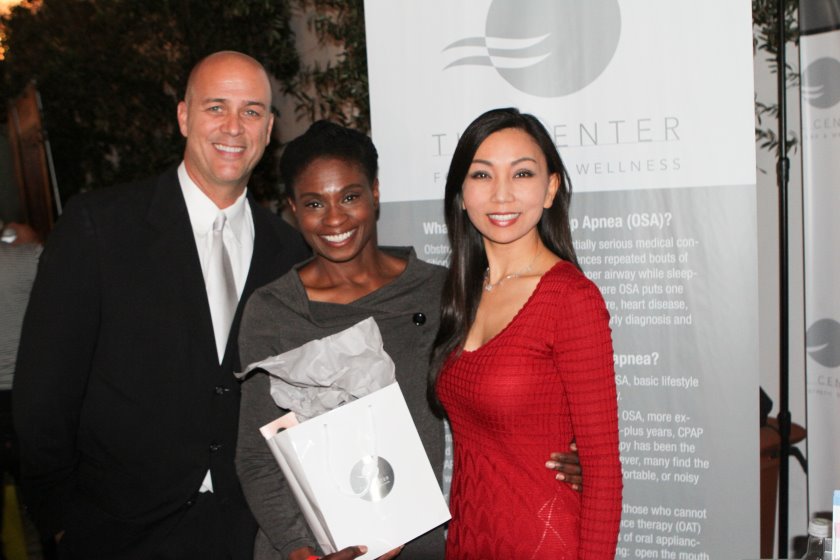 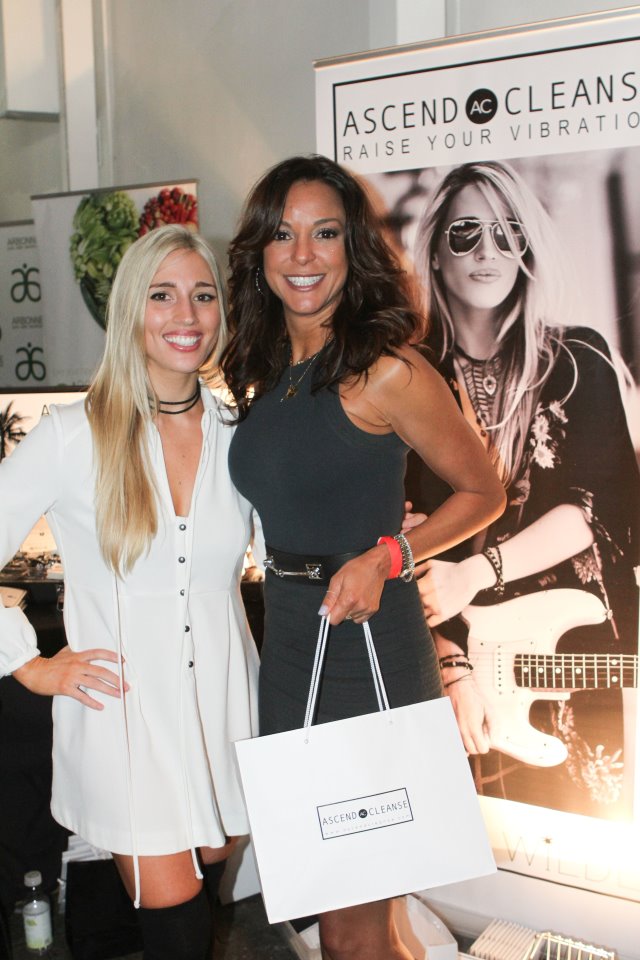 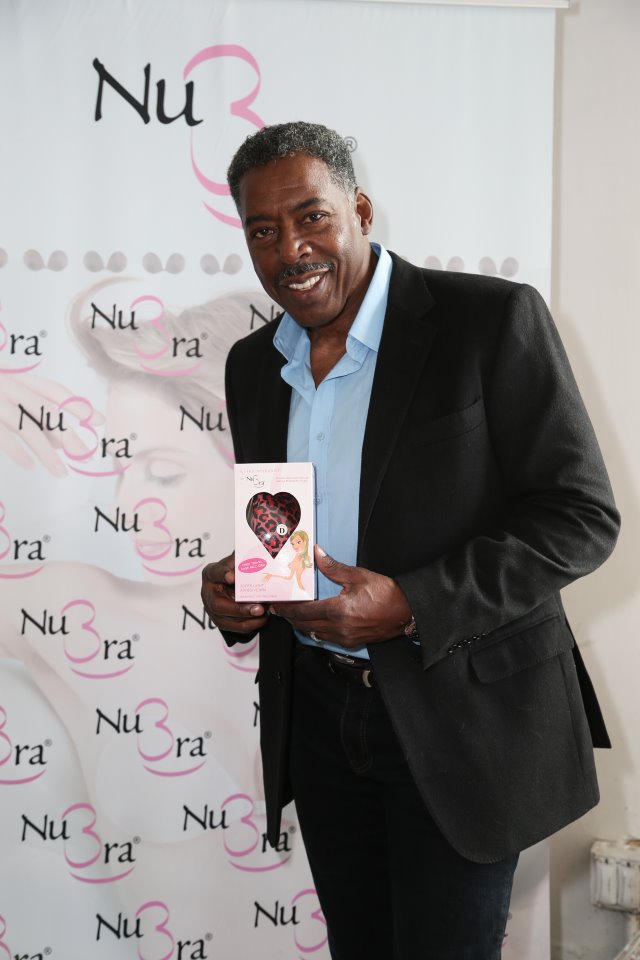 While the presence of an ultra high-tech Maserati Ghibli and a customized McLaren 570S Coupe make a strong first impression, I was more interested in finding out what Doris Bergman had in store for VIP celebrities and talent involved in the 2016 Academy Awards. I was looking for items that would appeal to as many people as possible, especially with all of this year’s focus on making the Oscars more diverse.
Doris always supports a charity that’s all inclusive. Wednesday’s Child is showcased in a weekly segment by Los Angeles news presenter Christine Devine. Wednesday’s Child assists harder-to-place children in the LA County foster care system. True to form, Doris once again hosted two foster teens in need of adoptive families. They received the VIP treatment, receiving wonderful products from the sponsors as well.
If one is looking for colours other than white, Single Dress and Kaya de Koko deliver dresses and tops in a multitude of Technicolor jewel tones and prints reminiscent of vintage 1950s fabrics. No LBDs here. Instead, there’s a garden of pink, gold and red butterflies and blossoms scattered across waves of aqua fabric. I was pleasantly surprised to find plus sizes next to the familiar petites. Designer Galina Sobolev is focused on dressing real women. The same holds true for Samiah, whose 18th century-inspired custom coats can be tailored to fit men and women of all sizes and shapes. As this event was staged a few days after Valentine’s Day, I could not imagine anything more romantic than being bundled up in red satin-lined black brocade. Antique buttons grace every coat, while faux fur embellishes dramatic hoods and collars.
I felt ready to go out to the forest and gather herbs, but Pura d’Or and the 2-Minute Club had already done that for me. Their 20 per cent vitamin C anti-ageing oil is made from alœ vera, jelly mushroom, witch hazel bark and argan oil—a forest in a bottle that smooths fine lines and regenerates the skin. Their 100 per cent argan oil is an all-purpose beauty serum that hydrates the body, face and hair. It accentuates curls, prevents hair loss, protects the skin against the ravages of dry climates, reduces under-eye puffiness, and softens cuticles.
Also rooted in nature is Ascend Cleanse, a pair of mind-body detox teas. Guayusa, the major ingredient of the Awaken tea, is prized by shamans throughout the Amazon. The dream-inducing guayusa is one of the world’s few caffeinated holly trees. Indigenous people say that one sip will bring you back to the Amazonian rainforest (while reducing bloating and other digestive issues). The Dreams tea, true to its name, uses catnip, chamomile and mugwort to evoke prophetic dreams and stimulate mental clarity.
Twisted Silver, which unites the mined with the manmade, brought the rugged beauty of the southwest to Hollywood. Scraps of Victorian copper mesh becomes a double wrap bracelet or gothic choker. Chards of gypsum crystal from a St George, Utah mine dangle from bronze lariats and earrings. Geometric bracelets made from the leftover bronze button holes of Michael Jackson’s concert jackets were a hit with celebrities.
I ended the day with a double dose of pre-Oscar fun. First, I enjoyed a sip of Rekorderlig cider in the passionfruit flavour, which was refreshing and slightly sweet. The reps told me the line is very popular in New Zealand. South Island Kiwis facing a cold winter can look forward to their recently launched spiced apple cider, which can be served hot with a slice of orange. Next, I sampled a savoury and sour cucumber margarita, compliments of Azul Imperial Tequila.
Romantic, yet real, Doris Bergman once again pleased press and celebrities alike with an afternoon of post-Valentine’s pleasure.—Leyla Messian, Los Angeles Correspondent 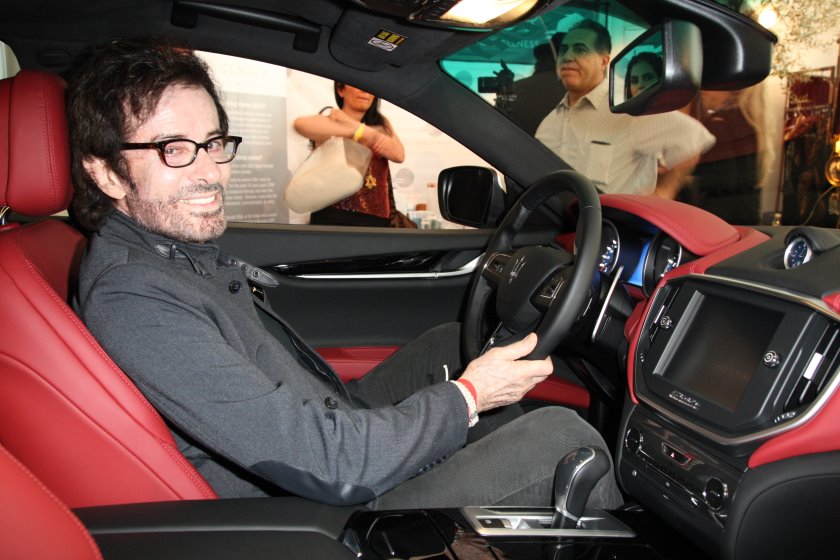 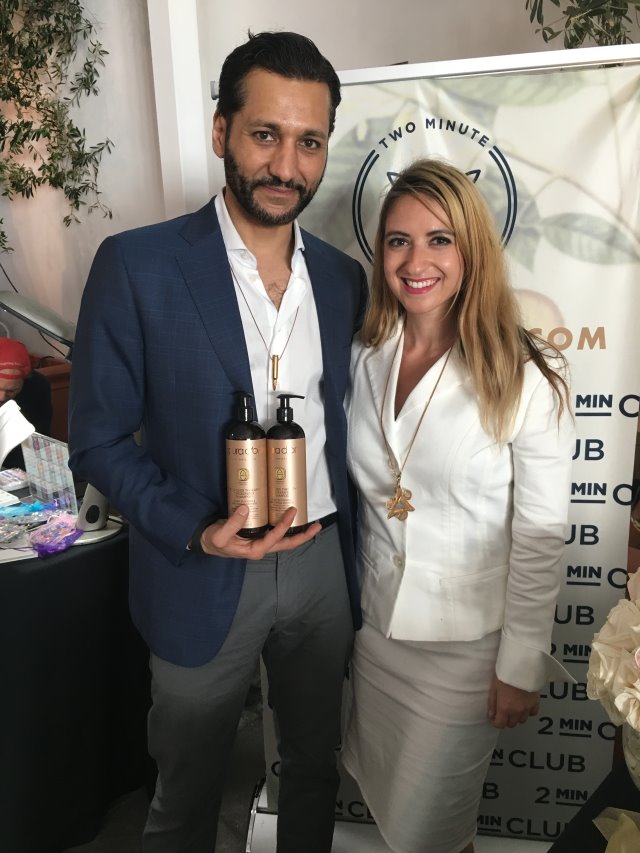 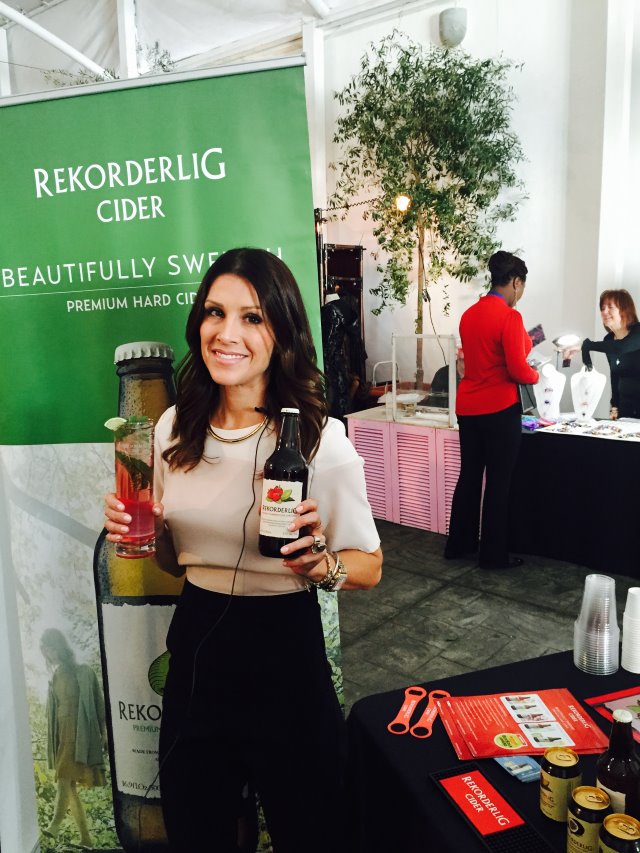 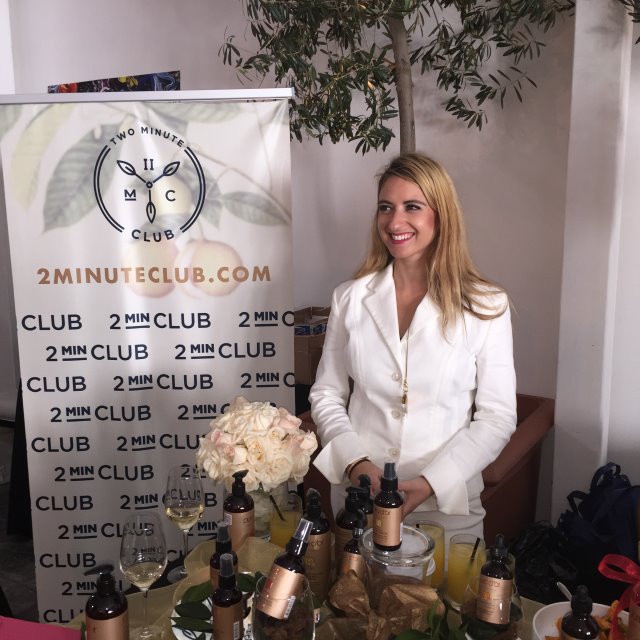