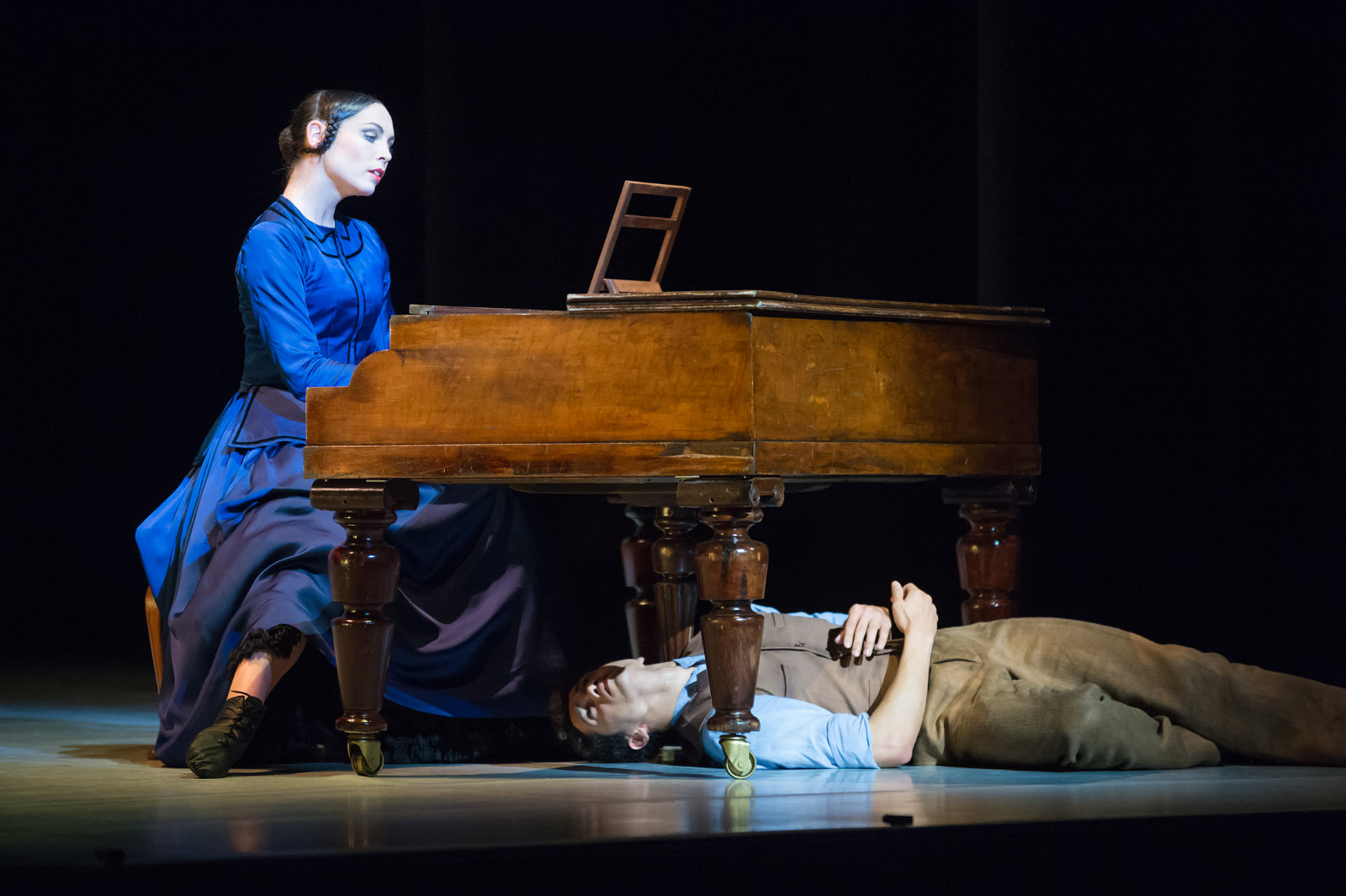 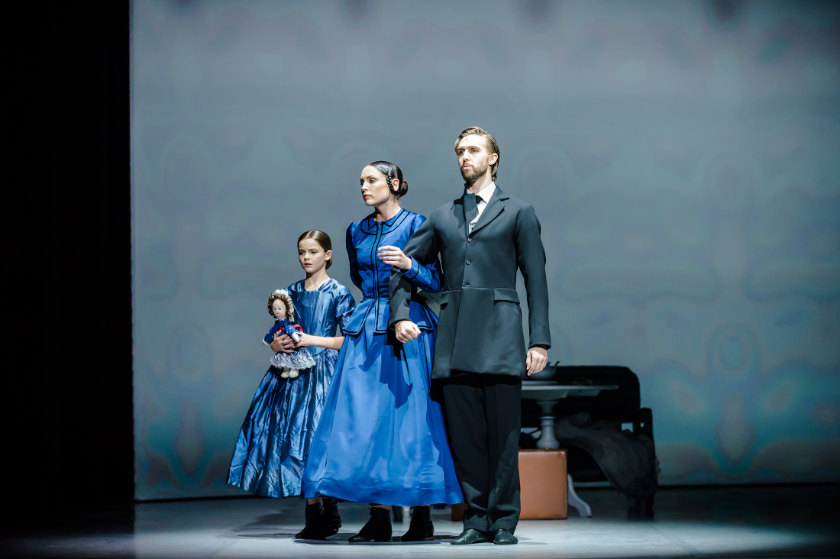 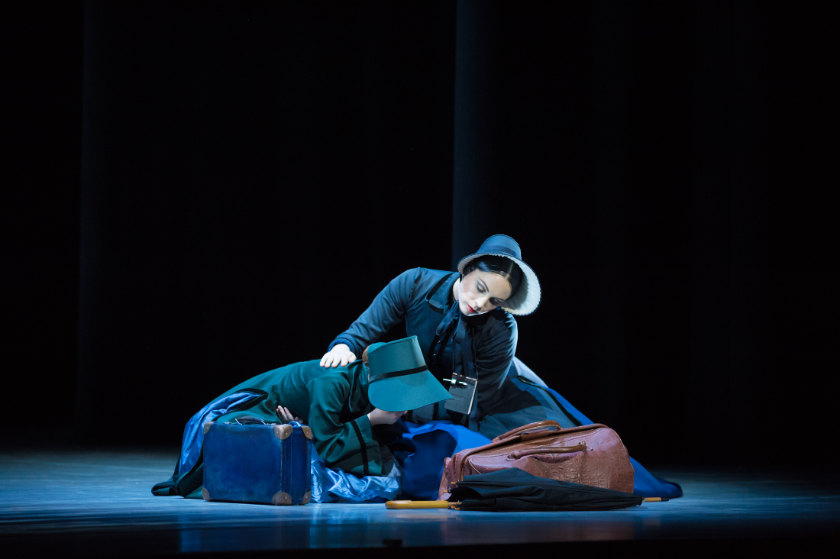 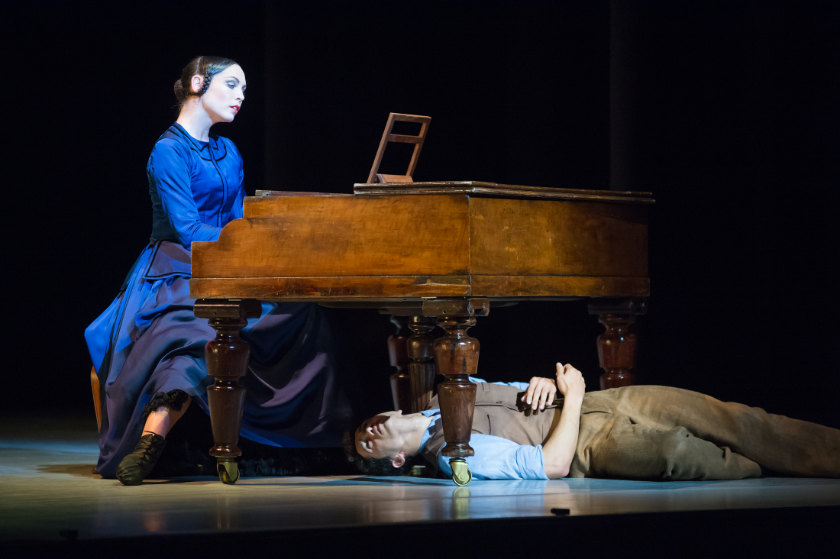 Changing performance mediums is never an easy task: it’s why some fans of books bemoan film adaptations, and why the thought of certain films as Broadway musicals is so hard to entertain—but what about an Academy Award- and Palme d’Or-winning film as a ballet?
The Piano is an inspired source material, and on the face of it the story is ideal for a ballet: a lead character who is mute, beautiful music, and a love triangle. The Royal New Zealand Ballet’s staging of The Piano: the Ballet, created with the permission of director and screenwriter Jane Campion, and producer Jan Chapman, does it justice, with a few nip–tucks to work on the stage.
Designer Otto Bubeníček’s background projections are the first thing audiences notice. He filmed the ocean and the bush for 20 minutes at a time, as well as vintage wallpaper, for the different scenes, and they were all used to excellent effect throughout. Film of a desaturated ocean opened Act I, the backdrop opening to reveal Ada McGrath and her daughter Flora arriving on a boat to New Zealand’s shores. Jeremy Fern’s lighting design worked well with the projections.
In addition to the neoclassical ballet, choreographer Jiří Bubeníček—Otto’s twin brother—added Māori elements, consulted on by Atamira Dance Company’s artistic director Moss Te Ururangi Patterson (Ngāti Tūwharetoa), not just for the on-stage Māori characters, but dancers representing the energy of particular moments in the ballet. Patterson also layered on authentic Māori aural expressions into the sound. These all made The Piano: the Ballet a far more complete work, and, if shown to non-New Zealand audiences, the South Pacific’s waves and the authentic Māori artistic elements bring with them both atmosphere and exoticism.
Running at two hours including intermission, it has been expanded on from an earlier one-act ballet by Jiří Bubeníček for Ballett Dortmund, originally conceived as one part of a triple bill. It’s not the Bubeníček brothers’ first full-length adaptation: in 2016, they were behind Dr Zhivago, which premièred at the Slovenian National Opera and Ballet Theatre.
In both the one- and two-act versions, elements of Michael Nyman’s score have been retained, with many piano solos including recognizable compositions from Shostakovich.
Jiří Bubeníček notes that going from film to ballet is easier than using a book for source material, as the original already has a look: ‘the pictures are in front of you.’ Elsa Pavanel’s Victorian costumes are faithful to the film’s, using material gathered by the brothers from museums around the country.
The stand-out performer on opening night was Abigail Boyle, who appears on the publicity for the ballet. Boyle, as principal dancer of the RNZB, demonstrated just why she is so admired in New Zealand ballet circles: her control, grace and expression brought her Ada McGrath character to life. One wishes her solo in Act II was longer: Boyle is a delight to watch, and an inspirational dancer. Her grandmother was in the opening-night audience also enjoying her performance.
The brilliant Paul Mathews played Alistair Stewart, McGrath’s husband, and a fiery pas de deux unlocked the tension that had built up in the plot to that point. Completing the love triangle was a skilful Alex Ferreira as George Baines, whose slow seduction of Ada came across as an obsession rather than an attraction, as in the film.
Hazel Couper played Flora on opening night. The youngster is a star in the making, and shone convincingly in the role.
This is a story-led ballet: while Jiří Bubeníček has his leads do some complex manœuvres, he moves the plot along, with the Sunday school Christmas concert at the end of Act I a fun scene for the secondary roles that suggests that the choreographer has a love of classical ballet. Shaun James Kelly as Rev Campbell, Mayu Tanigaito as Nessie, and Kirby Selchow as Aunt Morag bring a lot of energy and joy here.
Otto Bubeníček gradually brings more and more colour with his projections; one can also make out birdsong and trees in the background sounds, recorded while he travelled New Zealand.
It is Act II where the story picks up the pace dramatically, from the continuation of the seduction to Stewart’s discovery of the affair; the secondary characters have far less to do.
Jiří Bubeníček has chosen to do away with Campion’s epilogue, leaving the story open-ended, as he did with the Dortmund version. It is hard to see, however, how the epilogue could have been added well to the ballet version, and it would have required an additional setting, so the right choice was made.
Familiarity with the film is not necessary but it is a plus. In any case, the lavishly printed item makes for a wonderful souvenir.
The Piano: the Ballet, presented in association with the New Zealand Festival and the Auckland Arts’ Festival, will remain in Wellington till the 25th, before heading to Napier (March 2–3), Auckland (March 8–10), Dunedin (March 16), Christchurch (March 21–3) and Palmerston North (March 28) as part of its season. More information is available at the RNZB’s website.—Jack Yan, Publisher 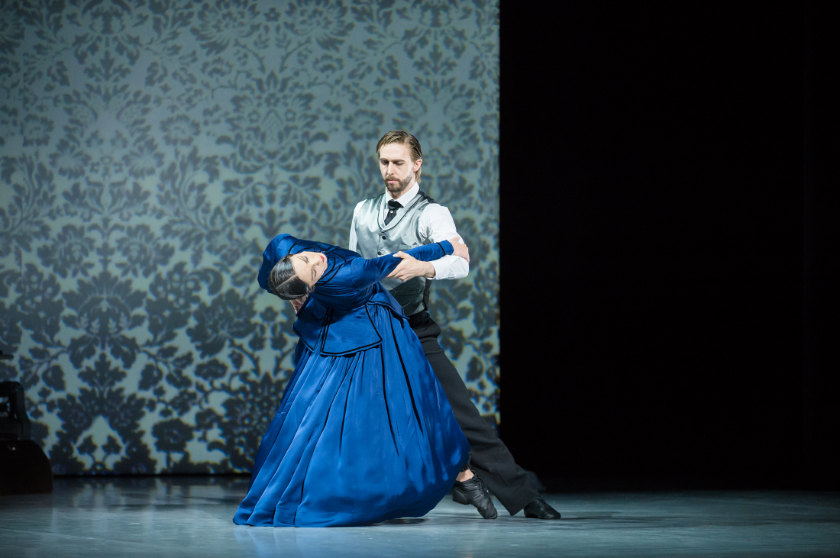 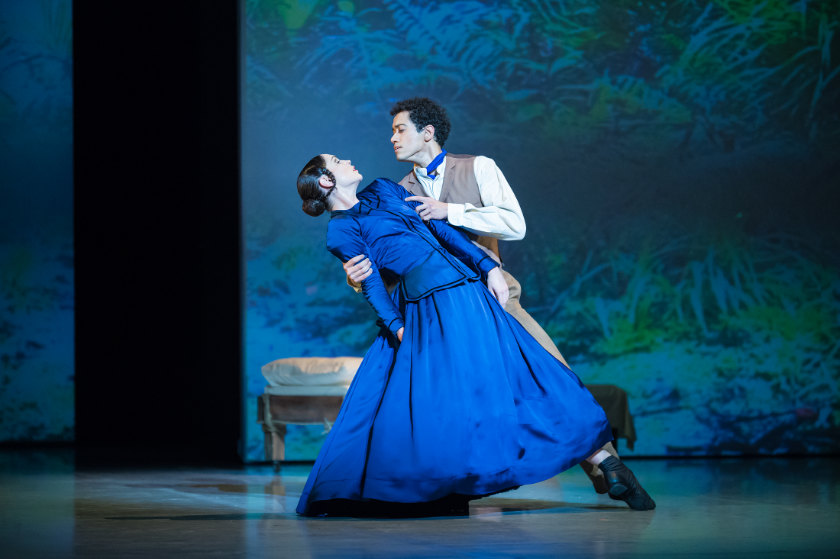