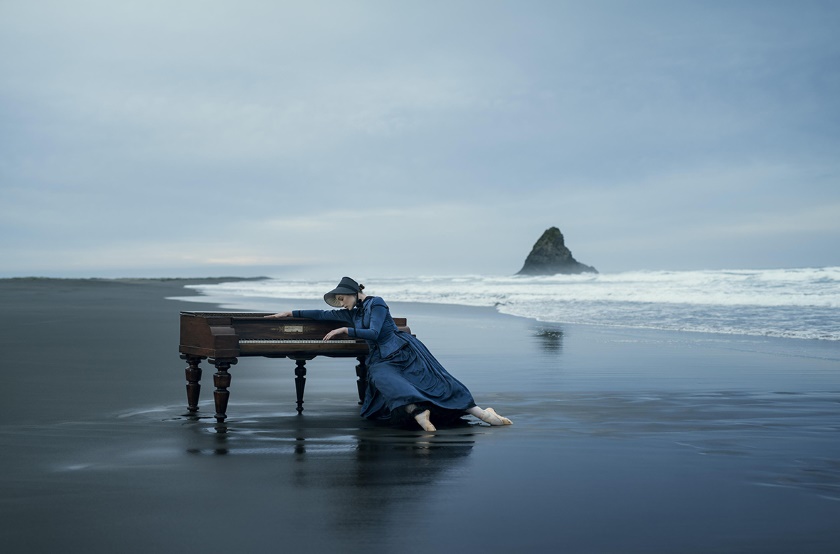 Above: Abigail Boyle as Ada in The Piano: the Ballet.

Arguably the Royal New Zealand Ballet’s most anticipated production of the year, The Piano: the Ballet, will have its world première in Wellington on February 23, presented in association with the New Zealand Festival and the Auckland Arts’ Festival.
Inspired by the Academy Award-winning film, permission for the ballet has been granted by director Jane Campion, producer Jan Chapman, and Saddleback Productions.
Jiří Bubeníček choreographed the full-length ballet, which has been expanded from the short work conceived for Ballett Dortmund. The Michael Nyman score of the original film has been expanded to feature music by Debussy, Arensky, Stravinsky, Schnittke, Brahms and Shostakovich.
Making it more authentic is Atamira Dance Company artistic director Moss Patterson (Ngāti Tūwharetoa), who has helped deepen the dancers’ understanding of the Māori themes and characters in the ballet. Patterson has also advised on the movements, music, soundscape, and costume and prop design.
The ballet will be enhanced with multimedia, using large-scale projections by Otto Bubeníček. Jeremy Fern designed the lighting, and Elsa Pavanel the costumes.
Young dancers from the Philippa Campbell School of Dance and Fusion Dance Studio will take on the role of Flora. One hundred auditioned for the role. The supporting cast of children comes from dance schools in each region as the ballet tours.
After Wellington (February 23–5), the ballet will tour to Napier (March 2–3), Auckland (March 8–10), Dunedin (March 16), Christchurch (March 21–3) and Palmerston North (March 28) as part of its season. More information is available at the RNZB’s website.
RNZB artistic director Patricia Barker said in a release, ‘This country offers countless visual and artistic riches and I’m pleased that the Royal New Zealand Ballet will continue to embody the elegance, grandeur and strength that define New Zealand’s landscapes in this work.’
Rebecca Tansley is directing a behind-the-scenes film following the creation and staging of the The Piano: the Ballet.