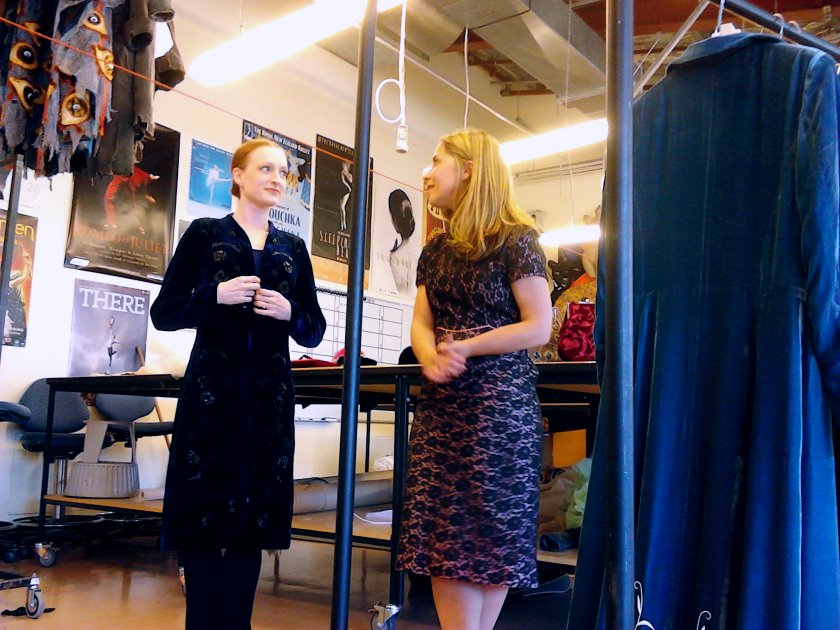 Above Gillian Murphy and Tamsin Cooper, with Murphy donning her choice of coat for her tour, created especially for her. The pattern is an adaptation of the one Cooper created for the Royal New Zealand Ballet’s 60th anniversary.

From January 31, the Royal New Zealand Ballet will go on tour in the US, performing in Los Angeles, Santa Barbara, Minneapolis, and New York. The Californians will get to see the company perform its acclaimed production of Giselle, with Angelinos enjoying it with a live orchestra; while Minneapolitans and New Yorkers have a mixed programme: 28 Variations on a Theme of Paganini by Benjamin Millepied, Little Improvisations by Antony Tudor, Banderillero by Javier de Frutos, and Bier Halle pas de deux by Ethan Stiefel, in the midwest; and 28 Variations on a Theme of Paganini, Of Days by Andrew Simmons, and Banderillero, in the Big Apple.
Designer Tamsin Cooper, who has collaborated with the Royal New Zealand Ballet over the last several years, has created limited editions commemorating the tour, which she showed at the company’s premises today. It builds on one that celebrated the RNZB’s 60th anniversary last year.
Gifted to some of the dancers were a mixture of bags, some from her regular range, while the fancier, beaded designs were from her 60th anniversary one, though in different colours to those at last year’s ID Dunedin Fashion Show. Only black and white ones were shown then, to tie in with the Black Swan and White Swan in the RNZB’s 60th anniversary presentation of Swan Lake.
Her pièces de résistance, however, were limited-edition designs created especially for the RNZB’s principal guest artist, Gillian Murphy. Three Tamsin Cooper coats were especially made for Murphy, and the dancer modelled each before deciding on the one she would take to the US.
South Carolina-born Murphy was looking forward to her tour, to ‘sharing a great company with an American audience. Everyone is curious about the Royal New Zealand Ballet, and is excited to see it,’ she says.
The Royal New Zealand Ballet is ‘off-the-radar and the tour will elevate the profile. I feel they are going to be impressed.’
Murphy is no stranger to Los Angeles or New York, having danced in both cities, and having lived in New York for half her lifetime—she had moved there when she was 17.
She stresses that this is the first time the RNZB version of Giselle has been performed Stateside, so Californians will be in for a treat.
Her family will attend, with her parents flying from Virginia to Los Angeles for Giselle, while her sister will see her in New York.
Ethan Stiefel, artistic director of the Royal New Zealand Ballet and Murphy’s fiancé, has family from Wisconsin who will attend the Minneapolis performance.
The tour begins January 31 and concludes February 16.—Jack Yan, Publisher

Publisher’s note: If you want to enjoy more ballet-related content, head over to our serialization of Stanley Moss’s novel, The Crimson Garter.—JY 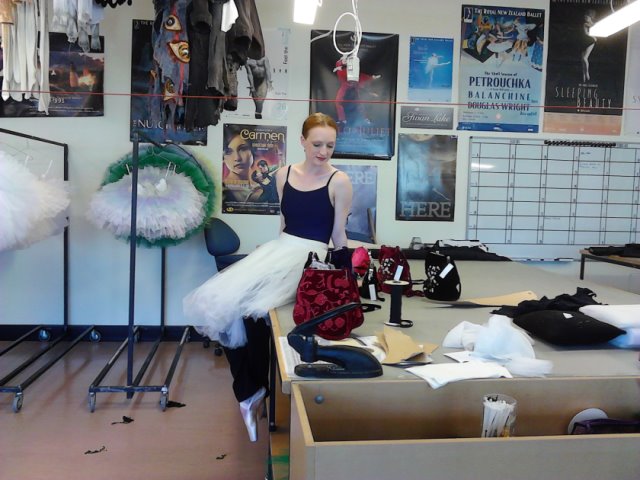 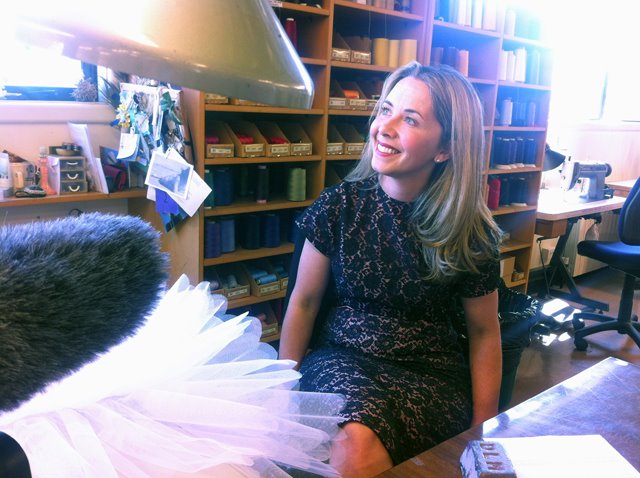 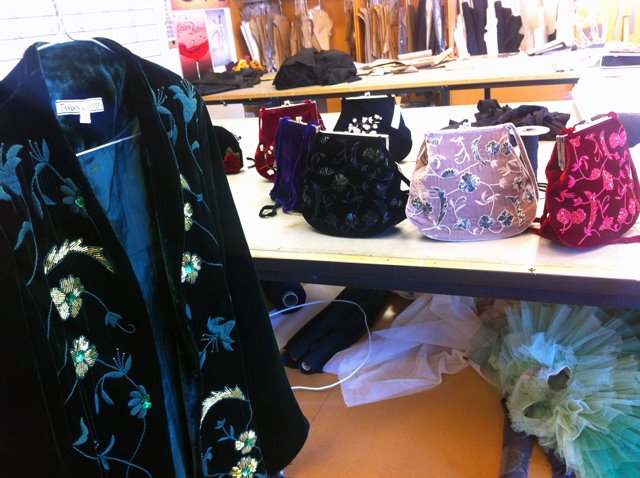 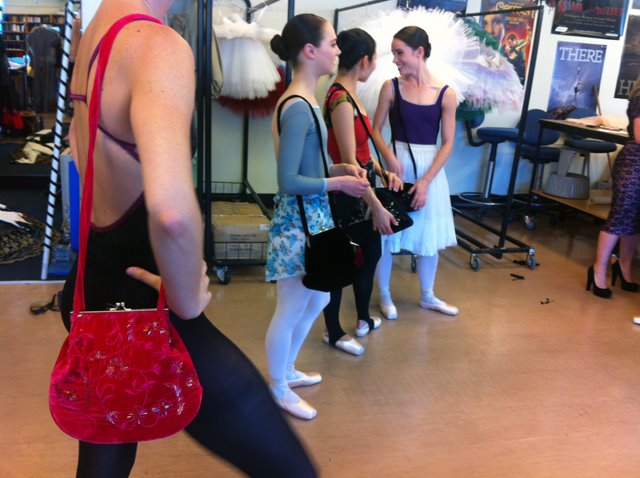 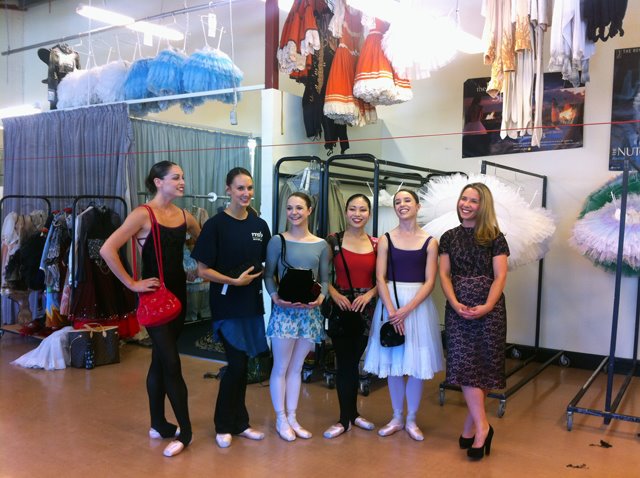 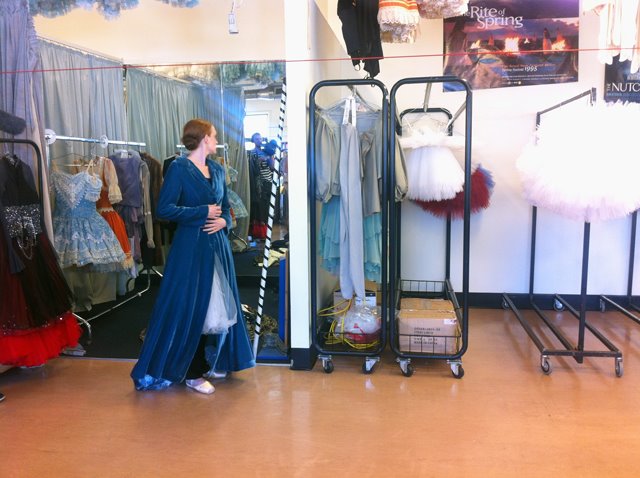 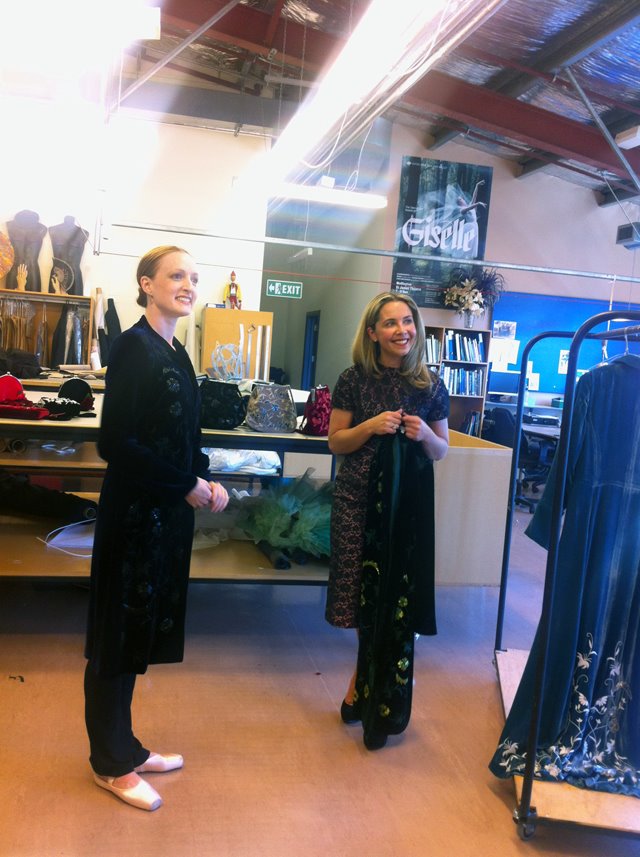