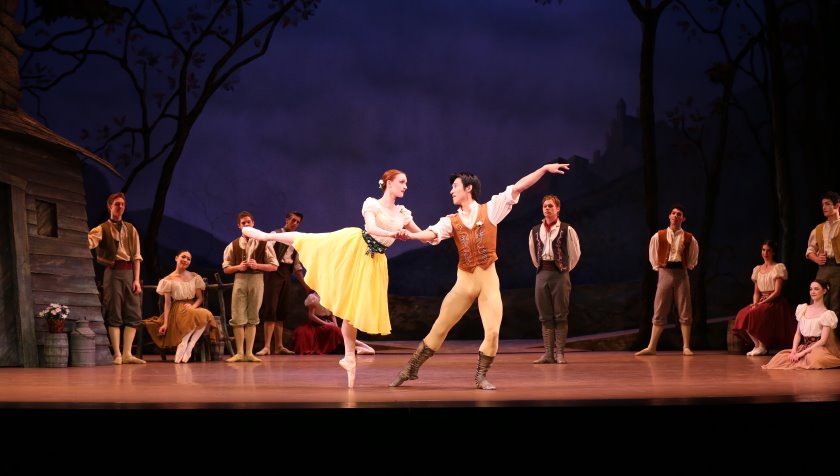 Martha Graham once said, ‘Dance is the hidden language of the soul.’ The famous American modern dancer and choreographer’s perspective of dance lives on, especially when watching immensely passionate dancers take centre stage. They rely on their bodies to tell a story, disregarding the use of words, to articulate a tale. Sir Jon Trimmer, a New Zealand ballet dancer, has expressed himself on stage since the age of 12. Numerous other talented ballerinas continue to convey their talent and flair for people to enjoy, capturing the mind, body and everlasting spirit.
The Royal New Zealand Ballet came together in 1953 thanks to Royal Danish Ballet principal dancer, Paul Gnatt. After more than two decades, the Royal New Zealand Ballet came back to North America to provide viewers with a graceful treat. From Los Angeles and Santa Barbara, to Minneapolis and New York, they brought such elegance to the stage under Artistic Director, Ethan Stiefel. The bright lights glimmered on the Royal New Zealand Ballet at the Joyce Theater in Chelsea in New York City. February 12, 2014 marked its New York début, presenting a brilliantly unforgettable evening with a three-part performance, providing everyone with their personal coup de cœur. Each dancer shared a beautiful story with their powerful body movements, elegant hand gestures and expressive faces that induced smiles, curiosity and engagement from one spectator to the next. They demonstrated their aptitude in various ballet techniques without simply focusing on the classics. Dancers included Qi Huan, who joined the Royal New Zealand Ballet in 2005, and Gillian Murphy, the guest principal dancer. They had both starred in the Royal New Zealand Ballet’s 2012 production of Giselle, which was co-produced by Stiefel and Johan Kobborg, moving with nobility and charm.
The first feature, entitled 28 Variations on a Theme by Paganini (2005), was choreographed by Benjamin Millepied with traditional ballet movements flowing to music by the famous pianist and composer, Johannes Brahms. The classic rhythm and serene atmosphere expressed a sense of tranquillity as the male and female dancers flowed to the tempo moving away from the simple pirouettes and ever-so tender plies, but setting the scene with sudden runs and swift leaps. The prospect brought a bit of the traditional steps into the 21st century, embracing classical dancing methods. Females wore luminous hues, adding a dab of colour reflected from the light that shone from the single chandelier, a solo feature focusing its radiant glow on every dancer’s stride.
The next scene presented Of Days by New Zealand native Andrew Simmons, a choreographer, designer and former Royal New Zealand Ballet member. The piece, created in 2013, was flawless and stunning to watch. Silent interludes created spectacular tension, waiting for the next move to follow. Mirroring effects brought an extravagant image to the eye, as a result considerably flamboyant expressions came to life. Various international composers were on the playlist including Ludovico Einaudi, Olafur Arnalds and Dustin O’Halloran, expanding the options of music and allowing each personality to reveal their inner talents. Simmons’ work left spectators mesmerized.
From Brahm’s classically traditional piano skills to percussionist Yim Hok-Man’s expressive Chinese drums pulsating through the speakers, there is a sudden transition as audience members are left to admire the dancers’ extraordinary skill in Banderillero. According to each gesture, dancers fight for their lives as a bullfighter would fight for his. The drums acted like a pounding heart frightened of the unknown outcome, expressing a sense of sheer excitement. Choreographed by Venezuelan choreographer, Javier de Frutos, the spectacular Spanish bullfight had the venue yearn for an encore as the dancers were given a well deserved standing ovation for their intense speed, incredible ability and impressive performance.
The Royal New Zealand Ballet left audiences with an exceptionally marvellous treat. As they continue their international tour to the United Kingdom and Ireland in 2015, New York anxiously waits for their return.—Lola Saab, Paris Editor