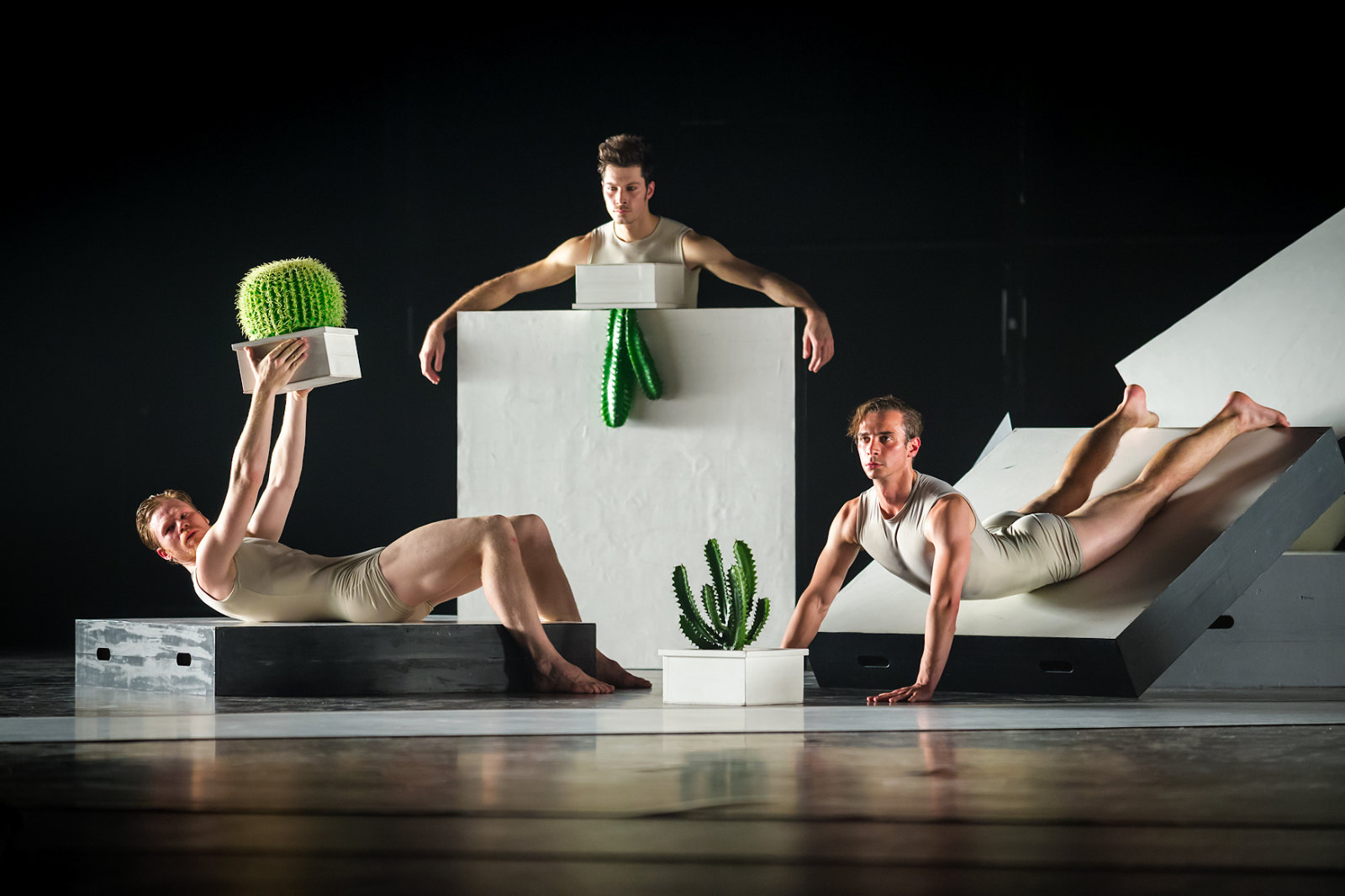 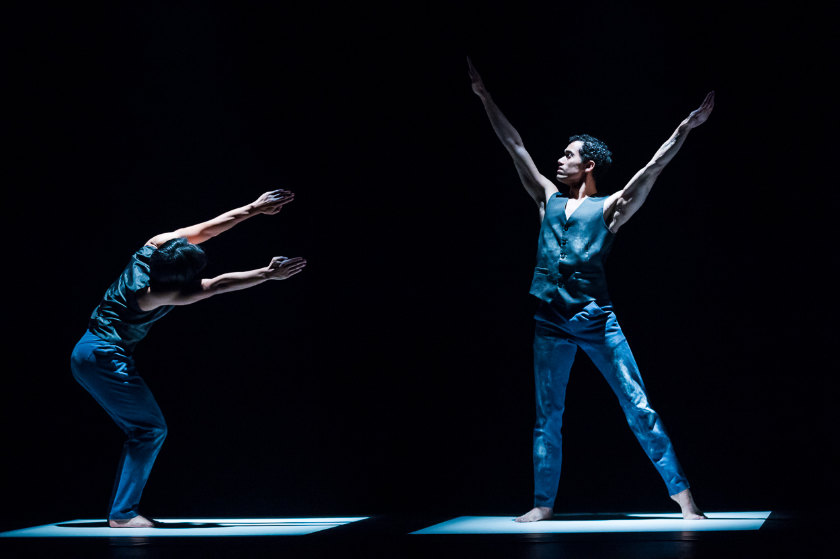 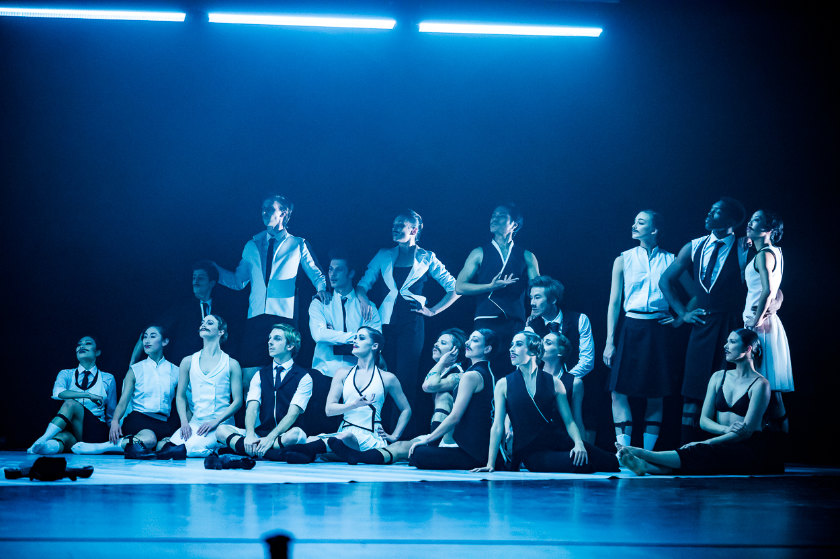 Swedish-born choreographer–director Alexander Ekman, it transpires, was the first person Francesco Ventriglia called when he was first appointed artistic director of the Royal New Zealand Ballet. Ekman, says Ventriglia, creates choreography that is ‘different, brave, intelligent, witty and fun,’ and he sees the work as being the equivalent of ‘good food’ for the dancers. The three ballets in Three by Ekman are certainly that: modern and relevant, yet somehow also timeless in their appeal. Tuplet, Episode 31 and Cacti keep audiences gripped, while taking us on a journey into unexplored territories.
They aren’t fully unexplored, mind: regular RNZB attendees will remember Cacti from last year’s trio of ballets in Speed of Light, but seeing it again this time was a renewed pleasure, and connecting it to two more Ekman ballets gives it an extra dimension. As the third ballet, Cacti was a fitting conclusion: when you’re in Ekman’s world, you almost want to stay in it in an attempt to understand the creativity that drives this talented and important modern choreographer. It’s a world that’s energizing, spontaneous, but cheekily self-aware.
The first foray into that world is Tuplet, a clever 18-minute introduction where the dancers’ own breaths, voices, and the sounds of their bodies become the rhythm. Composer (and a fellow Swedish-born international talent) Mikael Karlsson’s music has a dose of Bart Howard’s ‘Fly Me to the Moon’ as performed by Victor Feldman helped set the mood. Video projections, which were also designed by Ekman, feature slowed-down black-and-white clips of jazz musicians, highlighting the improvised nature of the dance, performed by six dancers standing on white square mats. New Yorker and Parsons alum Nancy Haeyung Bae designed the costumes, which aided the movement well, and Amith Chandrashaker the lighting, which balanced the the dancers with the video screens above. The conclusion was clever and a taste of Ekman’s humour: he showed silent films of audiences applauding as the live one at the St James Theatre did the same while the curtain fell.
A video introduction to Episode 31 followed, showing the RNZB’s dancers learning the ballet. It’s a tradition of Episode 31, where a short film is made in the city in which it is performed. The film shows that the dancers were not restricted to the studio, as they ventured out from the Theatre in flash-mob style to various Wellington landmarks such as the cable car and the Botanic Garden; Mayor Justin Lester is caught walking by as the company vigorously dances Episode 31 on the waterfront. (The video is below, though we recommend you don’t spoil the experience.) The dance is a celebration of youth, energy and pace, fitting given its origins as a piece created for Julliard (and first performed in 2011; the video there made use of New York City landmarks such as the Subway). Karlsson once again composed the music, with costumes by Julliard’s Luke Simcock, and lighting by Nicole Pearce. Simcock’s visually deconstructed black and white costumes happily mix genders (e.g. skirts and collared dresses with prints of jackets), as does the make-up on the dancers (mustachioed faces on pale white). The pacy performance itself is contrasted with one dancer who moved in slow motion across the front of the stage; the curtain rose and fell to show vignettes of the action going on behind, leaving you wondering: are we really seeing vignettes or are the dancers repositioning themselves intentionally in preparation for the next reveal? The lighting rig came down, flooring was lifted up and moved, and a second slow-motion dancer wandered with a sign reading ‘Beautiful’ in a stark, all-cap Helvetica (the design of this sign itself is an exercise in irony). As with other Ekman ballets, spoken words accompany the action, with poetry (and this is the programme’s list) by Christina Rossetti, William Allingham, Eleanor Farjeon, Robert Louis Stevenson, William Hughes Mearns and Edward Lear.
A second video came after the interval, where Ekman is seen on a ferry to Somes Island in Wellington, contemplating choreography and its connection to its surroundings. Will I affect the island or will the island affect me? You can’t but help find Ekman’s quirky personality endearing and you form a connection with the choreographer—and understand that there is a method here, from a man who constantly looks for ways to push ballet forward.
There’s less chaos in Cacti than in Episode 31. Here, spoken word also features, in an unsubtle dig at postmodernism and the pretentious reviews modern dance might get (one only hopes this article is not an example), with a recording written and voiced by Spenser Theberge. The New Zealand String Quartet accompanies the action here, with both composed and improvised music, at least for the first part of Cacti, before classical music (Haydn, Schubert, and Beethoven) takes over. The 16 dancers move their white tiles, shouting and clapping as they added to the rhythm, before bringing in cactus plants on-stage. Ekman himself designed the set and costumes; Tom Visser also worked on the set and designed the lighting. The second part, a duet between characters Aram and Riley, is another humorous Ekman take, where the audience can hear the streams of consciousness from the pair (played by Alexandre Ferreira and Laura Saxon Jones today). As noted in our review last year, Cacti breaks down the pretence and complexity of ballet into basic statements: the two characters are disengaged from any story and just want to get the dance done. The stuffed cat that is thrown on stage still surprises on a second viewing, and we note that it was a different colour this time.
When Cacti was part of Speed of Light, we only got a dose of Ekman’s style. This time, we were immersed, and Three by Ekman feels more satisfying and complete. It’s one of the RNZB’s most enjoyable modern ballets, and it’s consistent throughout, not just in the expertise of the dancers, but in the tone and ingenuity of the three works.—Jack Yan, Publisher

Three by Ekman tours till June 15. For venue and booking information, visit www.rnzb.org.nz.