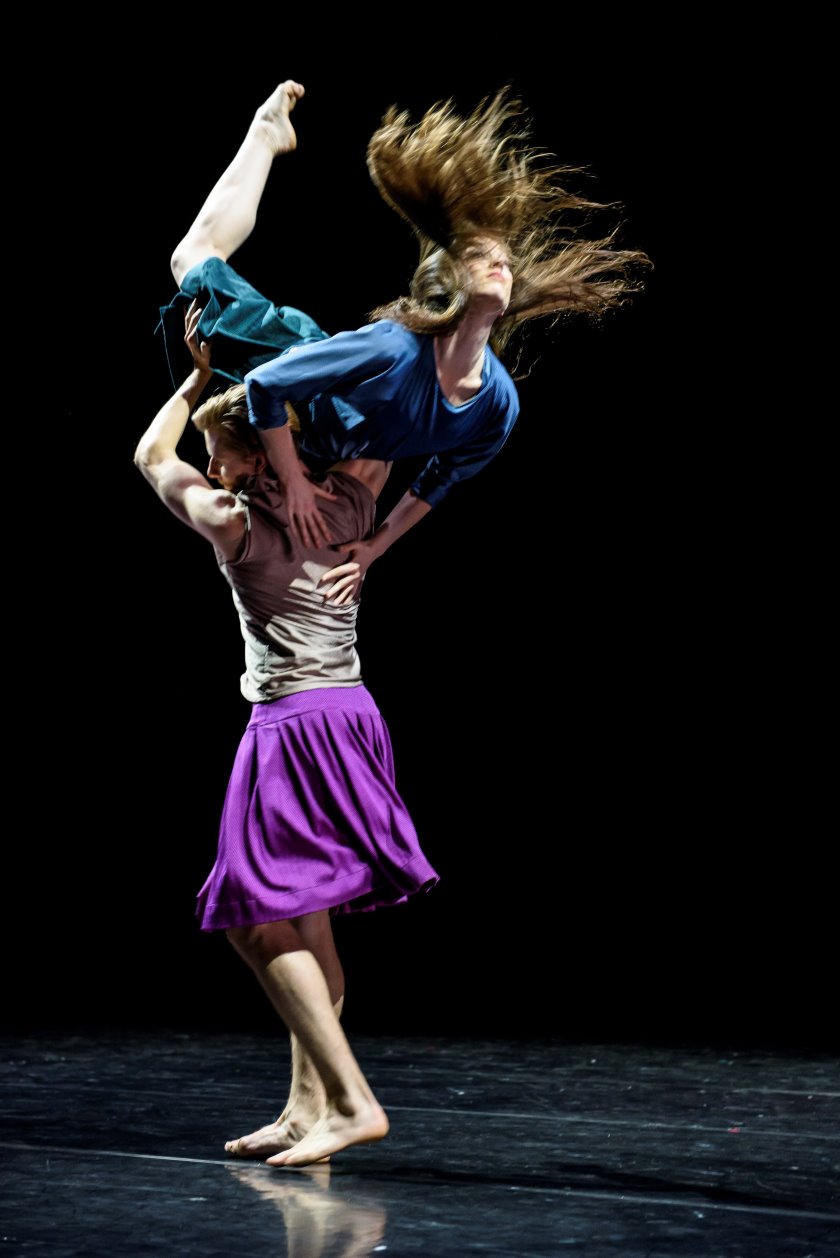 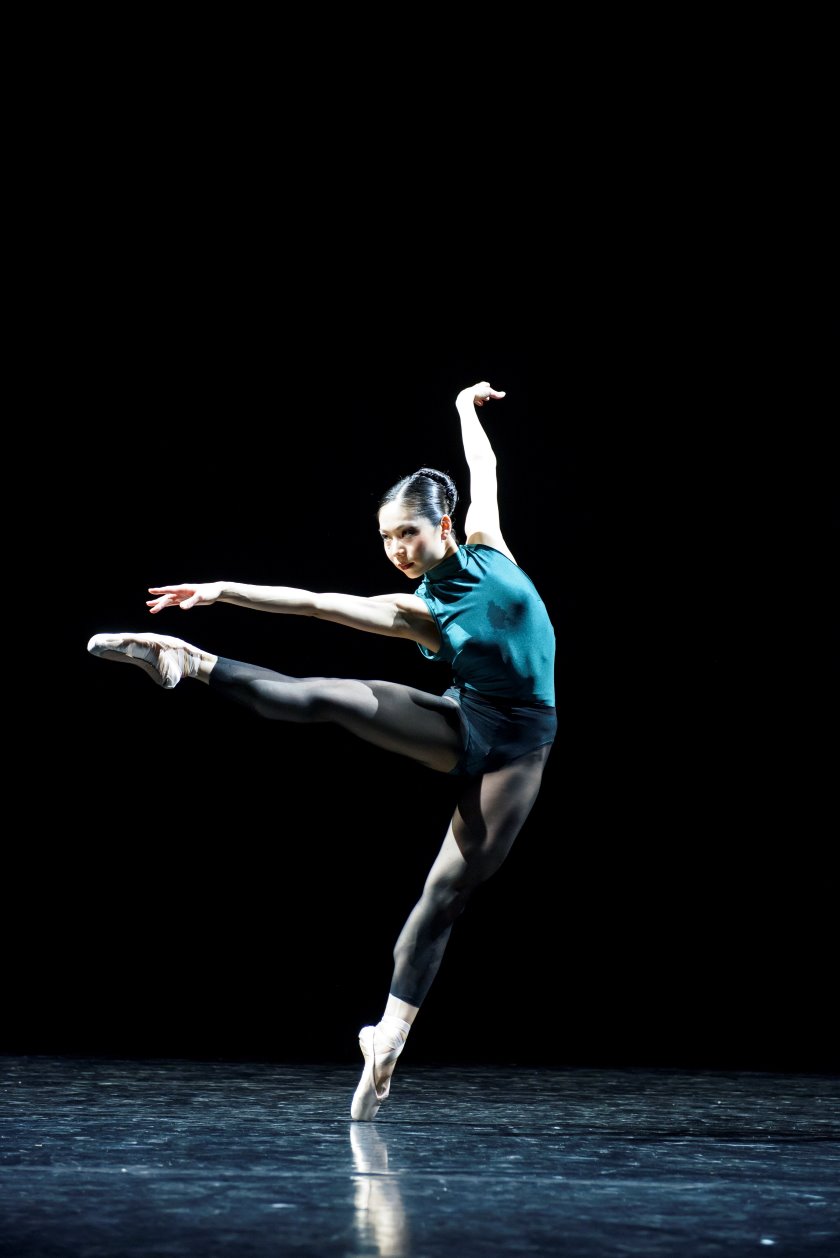 Above, from top: Selon désir, with dancers Abigail Boyle and Loughlan Prior. In the Middle, Somewhat Elevated, with Mayu Tanigaito. With tiles and cacti in Cacti.

The Royal New Zealand Ballet’s Speed of Light, kicking off the New Zealand Festival in Wellington on Friday night, comprised an enjoyable contemporary programme that showed the strength of this world-class company. The first programme put together by Francesco Ventriglia in his role as the RNZB’s artistic director, it showed how prepared the dancers were to embrace a series of challenging and inspirational modern classics just as readily as they have taken on more traditional fare. The three are united, notes Ventriglia, by the idea of light and its precision and power; to us, it’s the relevance of each of the three ballets’ themes: all different, all giving us food for thought. Ventriglia has shown a sophistication and an understanding of the deeper meanings of ballet in choosing these particular three, which we heartily recommend.
Selon désir kicked off the evening, choreographed by Andonis Foniadakis. The RNZB had already performed this work in the UK and Italy, but tonight saw its New Zealand première. First performed by the Ballet du Grand Théâtre de Genève in 2004, this is a particularly powerful work set to Bach, with an introduction with an electronic score composed by Julien Tarride. Alayna Ng started alone, moving energetically on to the stage, loose hair flying and her body dropping to the floor, before fifteen other dancers join her in quick succession, marching on and danced with assertiveness, but carried so gracefully. The two Bach choruses—the St Matthew and St John Passions—add to the atmosphere, with the strings adding to the beauty of the movements; a pas de deux in the middle of the performance showed just how free the movements were, and how Foniadakis’s ideas of agony and martyrdom could still be danced with such grace and fluidity. The colours of the costumes—men and women in tops and skirts—are earthy, inspired by Renaissance paintings, and they were equally loose, adding to the sense of flight across the stage.
This was in contrast to In the Middle, Somewhat Elevated, which had been commissioned by Rudolf Nureyev for the Paris Opéra Ballet, choreographed by William Forsythe, who also designed the lighting, stage and costumes. Premièring in 1987, the second ballet is very much a product of its time, with electric performances from the RNZB: turquoise leotards that showed off the muscular frames; indulgent, abrupt movements; dancers posing while others pulsed; and an electronic score by Thom Willems that shocked from its very first note. In 1987, Forsythe was fêted for In the Middle, Somewhat Elevated, with how charged it was to audiences; it still has the capacity to do that today. The theme remains classical, but it’s in the power and the challenge to classical ideas that makes In the Middle, Somewhat Elevated fresh. Every decade, certainly since this ballet’s creation, has had its disrupters; so much so that that term is now embedded as a desirable trait in entrepreneurial activity. That’s the best way to think of In the Middle, Somewhat Elevated: a ballet that inspires us to shake the establishment in our own lives.
After such heady themes, Cacti brought a dose of humour. Swedish choreographer Alexander Ekman used his national culture’s appreciation of irony: this is a country that quietly celebrates fame, for instance. Ventriglia says that this was the work he wanted to stage with the RNZB, even before he was appointed. This postmodern work, first performed in the Netherlands in 2010, parodies the reviews of contemporary dance and the affectations therein. A spoken introduction read by Spenser Theberge samples such pretentious words, as 16 dancers arrive atop their tiles, dancing, clapping and shouting within their very restricted spaces, before a surreal scene where they each bring a cactus plant on to the stage. It’s not meant to "mean" anything—even if Theberge’s reading in artsy-luvvie terms suggests cacti truly know what comes from standing the Earth’s soil, unlike dancers who merely perform on the ground. But the meaninglessness of over-analysis is part of the beauty of it, just as the lighting rig comes down to restrict the dancers from above; or a dot-matrix sign flashes the ballet’s name from the wings. It’s designed to poke fun at clichés and of the modern media and marketing landscape. This is the wit of the ballet, made even more obvious by the pas de deux which lets us hear the dancers’ thoughts, deconstructing the complexity and beauty of ballet into almost banal statements, before a stuffed black cat is thrown from above the stage on to the floor, a shrieking meow accompanying its fall.
The New Zealand String Quartet accompanies this final performance, with recorded music forming most of the central part. The work is more familiar here, with compositions from Haydn, Beethoven, and Schubert. Cheekily, the RNZB has reproduced the spoken-word text in the programme (a must, incidentally), as well as the stream-of-consciousness thoughts of the duet from the characters Aram and Riley. Humour aside, this was beautifully performed: the 16 dancers on their tiles kept the audience entertained despite lacking the freedom of movement of Selon désir, while the duet was cleverly executed, with the deconstruction actually enhancing one’s appreciation of the fluid movements.
It always helps to end things on a fun note, especially as Speed of Light starts the New Zealand Festival, and the levity is bound to get audiences talking. And rightly so. This was a highly entertaining contemporary programme, and it’s heartening to note that the Royal New Zealand Ballet will take this to the Auckland Arts’ Festival as well as to the South Island next.
Dates for Speed of Light are: Wellington, February 26 to 28 inclusive; Auckland, March 2–6; Christchurch, March 10–12; Dunedin, March 16. For booking information, visit www.rnzb.org.nz.—Jack Yan, Publisher