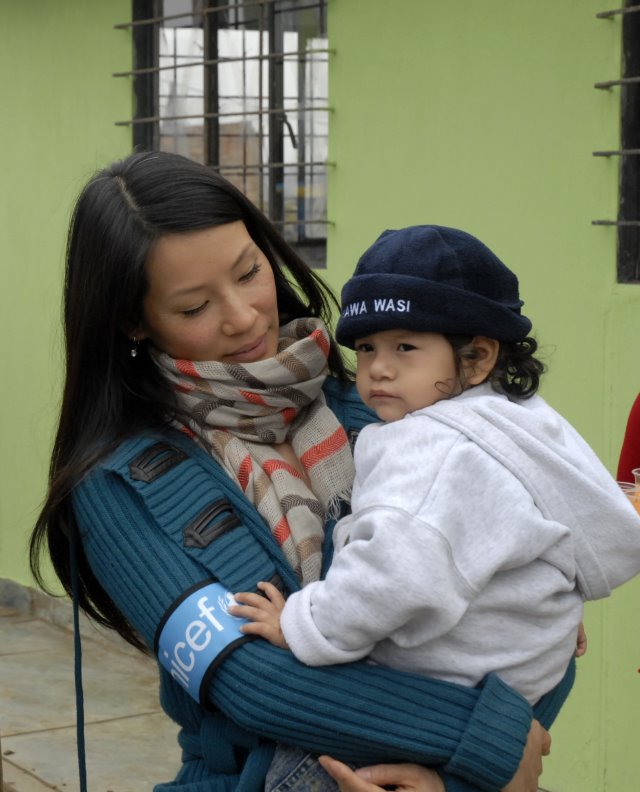 US Fund for Unicef

Above Actress Lucy Liu in Cusco, Peru, in the Unicef-supported community of Huancarani.

Bruno Magli’s women’s shoes will return for the autumn–winter 2016–17 season, with actress Lucy Liu as its spokeswoman.
The relaunch is taking place under Marquee Brands, which acquired Bruno Magli in January 2015.
Although the brand is now headquartered in New York, design and production continue in Bologna, with Marquee promising that the new range will feature the expected Bruno Magli signature, ornamentation and detailing, in leather, patent leather, and calf suede. The new collection will tap into the firm’s archives for inspiration. Prices will begin at US$450 for a basic pump, with a high boot retailing for c. US$1,100.
One of the styles will be named for Liu, who has announced that she will donate a portion of the proceeds from sales to Unicef, for whom she has been an ambassador since 2004.
‘I am honoured to partner with Bruno Magli on its women’s collection and the creation of the Lucy Shoe,’ said Liu in a release. ‘The opportunity to creatively explore my lifelong love of shoes with a brand I respect and admire is a dream opportunity. I hope everyone enjoys this shoe as much as we enjoyed designing it.’