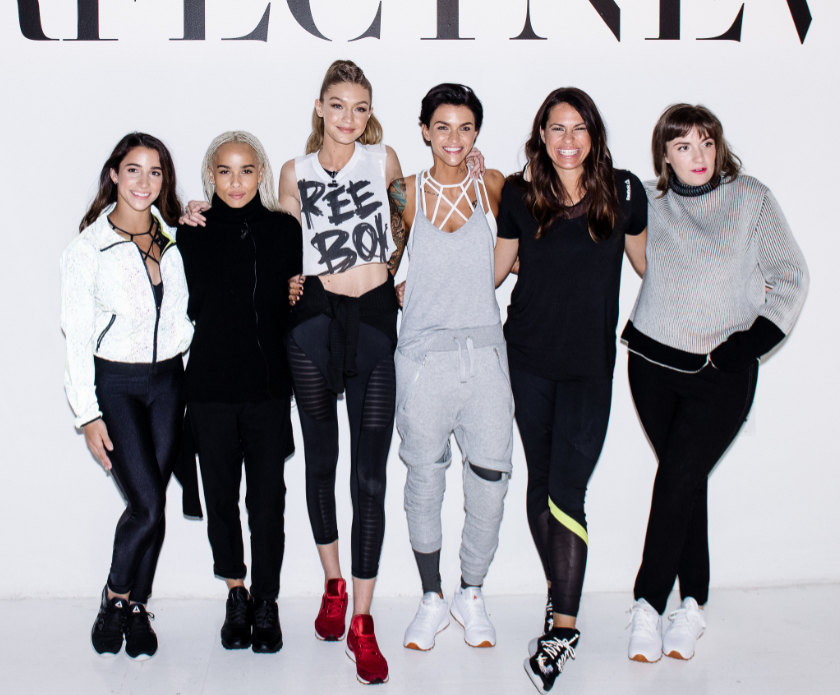 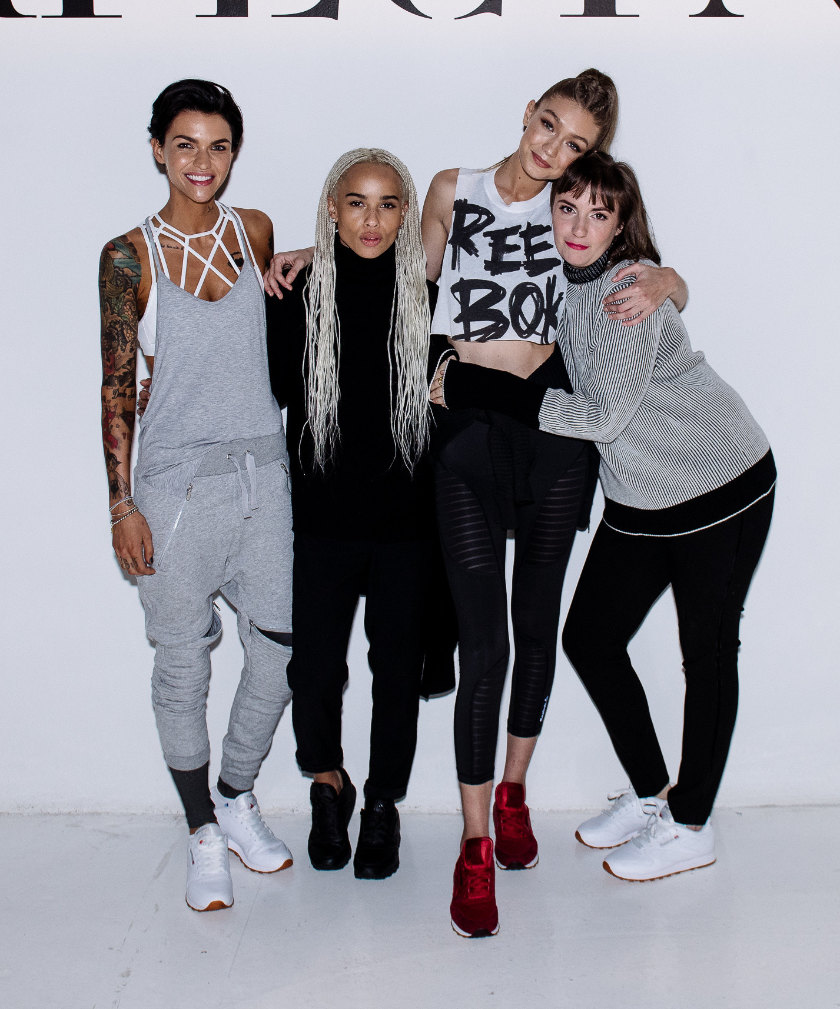 Fresh from her recognition as model of the year at the British Fashion Awards, Gigi Hadid appeared as the high-profile headliner #PerfectNever Revolution event for Reebok, for whom she is a spokeswoman. Hadid, along with Olympic medal-winning gymnast Aly Raisman, actresses Lena Dunham, Ruby Rose and Zoë Kravitz, joined broadcaster Jessica Mendoza as host in a panel discussion on the notion of perfection, tying in with Reebok’s Be More Human campaign.
The panel discussed the pressures of perfection and how they combat impossible standards. Originally streamed live, it can be viewed on Reebok’s website, at reebok.com/perfectneverpanel. For those who get redirected because of Reebok’s national websites, it is embedded below instead.
Hadid said, ‘A lot of people expect us to be perfect, and it’s often the times when we haven’t been perfect that have made us more human and more relatable.
‘My Mom always talked about growing in different areas, and I think that’s really important. I think that’s where sports became a really big part of my life, and I learned many ways that you learn from your mistakes that I use in every aspect of my life now.’
Dunham said, ‘The reason that I started doing my job was to connect with other women, with other people, and to let them know that their flaws, their complexities and their darkness were an important part of who they are. So any time I can engage with something that busts open narratives, traditional narratives, about who women are supposed to be, I’m there.’
Ruby Rose said, ‘The #PerfectNever campaign resonated with me because I think that it embodies female empowerment and it’s about being authentic to yourself, being true to yourself and being the best that you can be. We are all so unique and if you can’t be true to that and be authentic to who you were born to be, then you are not living the life you deserve.’
Kravitz said, ‘The #PerfectNever campaign is important to me because I think it’s something we don’t see enough in the world. I think it’s important for women to embrace the fact that we’re not perfect and celebrate that.’
Mendoza called the event ‘one of the most powerful panels I’ve been on.’
Inga Stenta, senior director at Reebok, noted, ‘Reebok’s mission is to empower people to be the best versions of themselves not just physically, but mentally and socially.’
Hannah Jeter, Olivia Culpo and Shanina Shaik also joined the audience at the #PerfectNever Revolution, representing Six: 02.
Hadid then joined guests in a mass boxing workout with trainer and Gotham Gym owner Rob Piela. To conclude, guests saw an installation where balloons featuring negative ideas turned into positive ones, while social media commentary hashtagged #PerfectNever also featured. 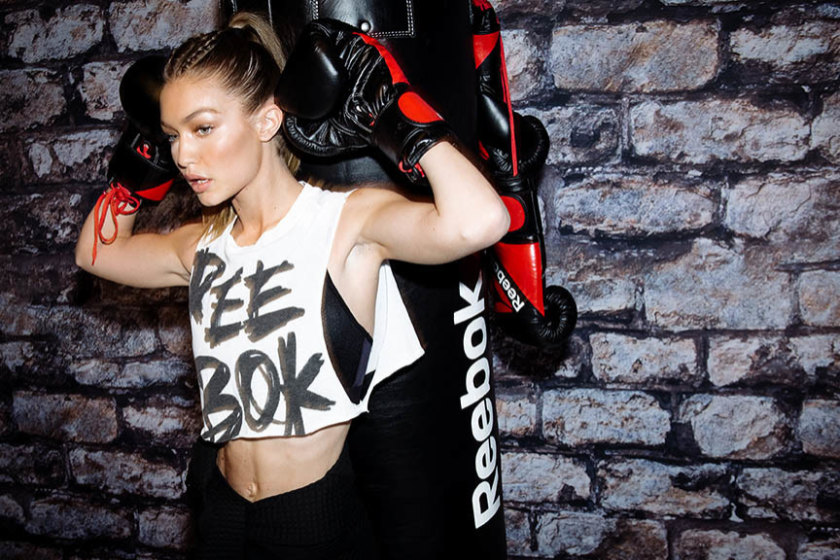