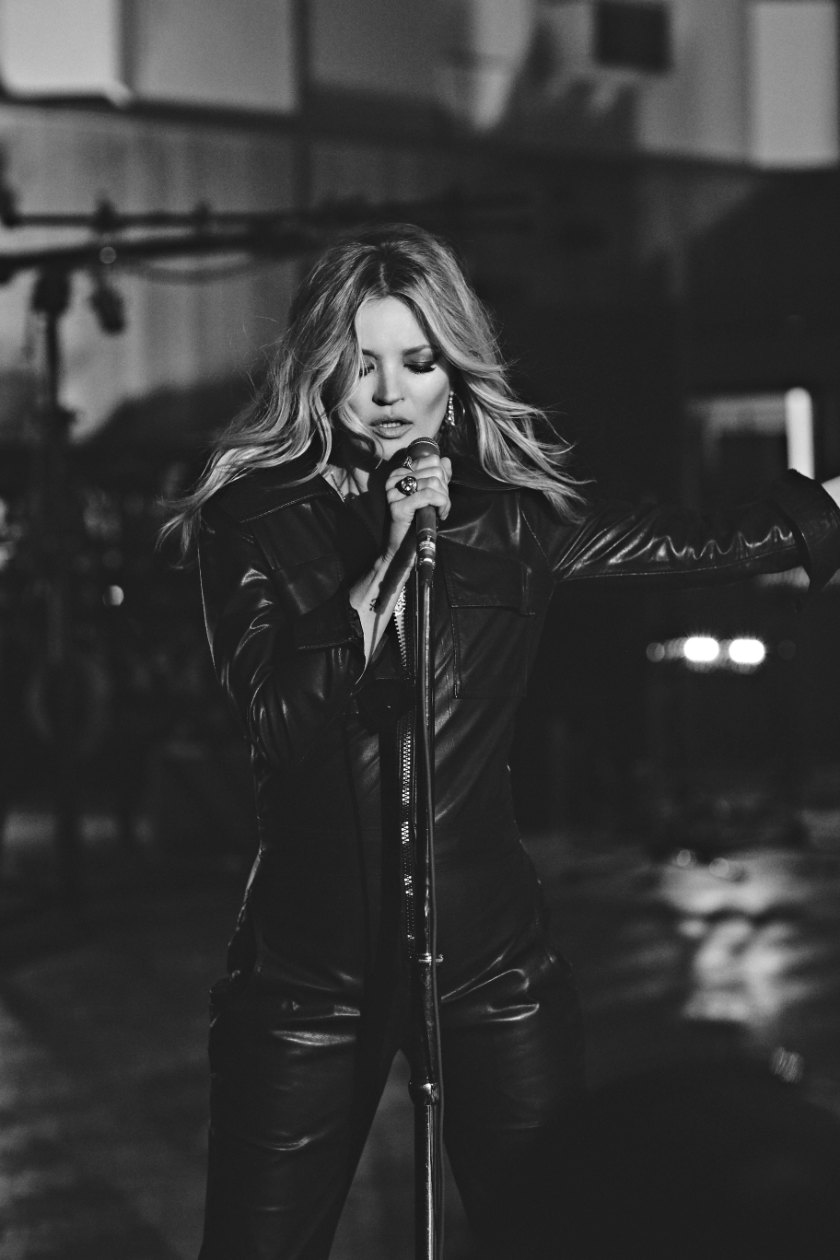 Sony’s The Wonder of You by Elvis Presley with the Royal Philharmonic Orchestra, a new album featuring 15 tracks from the King of Rock ’n’ Roll, has a high-profile promoter in the form of supermodel Kate Moss.
Moss appears in the official video for ‘The Wonder of You’, where she appears in a custom-made black leather suit recalling Presley’s 1968 one in his NBC TV special (later referred to as the Comeback Special), as well as several other outfits inspired by his looks.
She lip-syncs part of the track in the black-and-white video, which appeared on Presley’s official Vevo channel from Friday, and is embedded below. It is the first in a series to promote the album.
The video was filmed at Abbey Road Studios, where the new album was recorded. Moxie Pictures’ Vaughan Arnell came up with the concept, after he noticed there was a resemblance between classic Presley images and some of Moss’s fashion shots.
The new album, produced by Don Reedman and Nick Patrick, is a follow-up to last year’s If I Can Dream: Elvis Presley with the Royal Philharmonic Orchestra, which sold one million units and débuted at number one on the UK album charts. Presley became the biggest solo artist in UK music history with the début of that album, overtaking Madonna.
A bonus track on The Wonder of You by Elvis Presley with the Royal Philharmonic Orchestra sees Presley in a duet of ‘Just Pretend’ with German songstress Hélène Fischer. Other tracks on the album are ‘A Big Hunk o’ Love’, ‘I’ve Got a Thing About You Baby’, ‘Suspicious Minds’, ‘Don’t’, ‘I Just Can’t Help Believin”, ‘Just Pretend’, ‘Love Letters’, ‘Amazing Grace’, ‘Starting Today’, ‘Kentucky Rain’, ‘Memories’, ‘Let It Be Me’, ‘Always on My Mind’, and, of course, ‘The Wonder of You’.