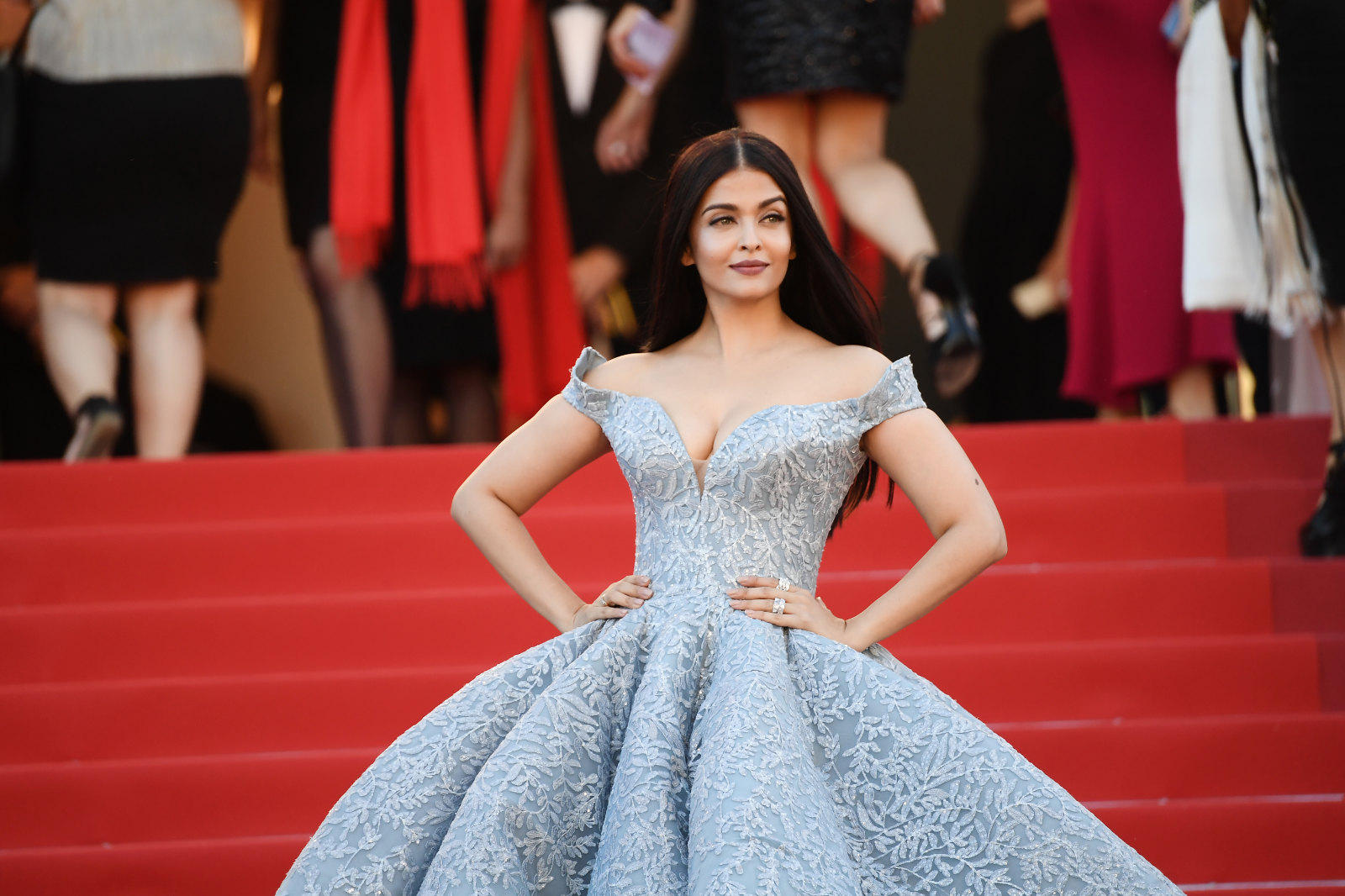 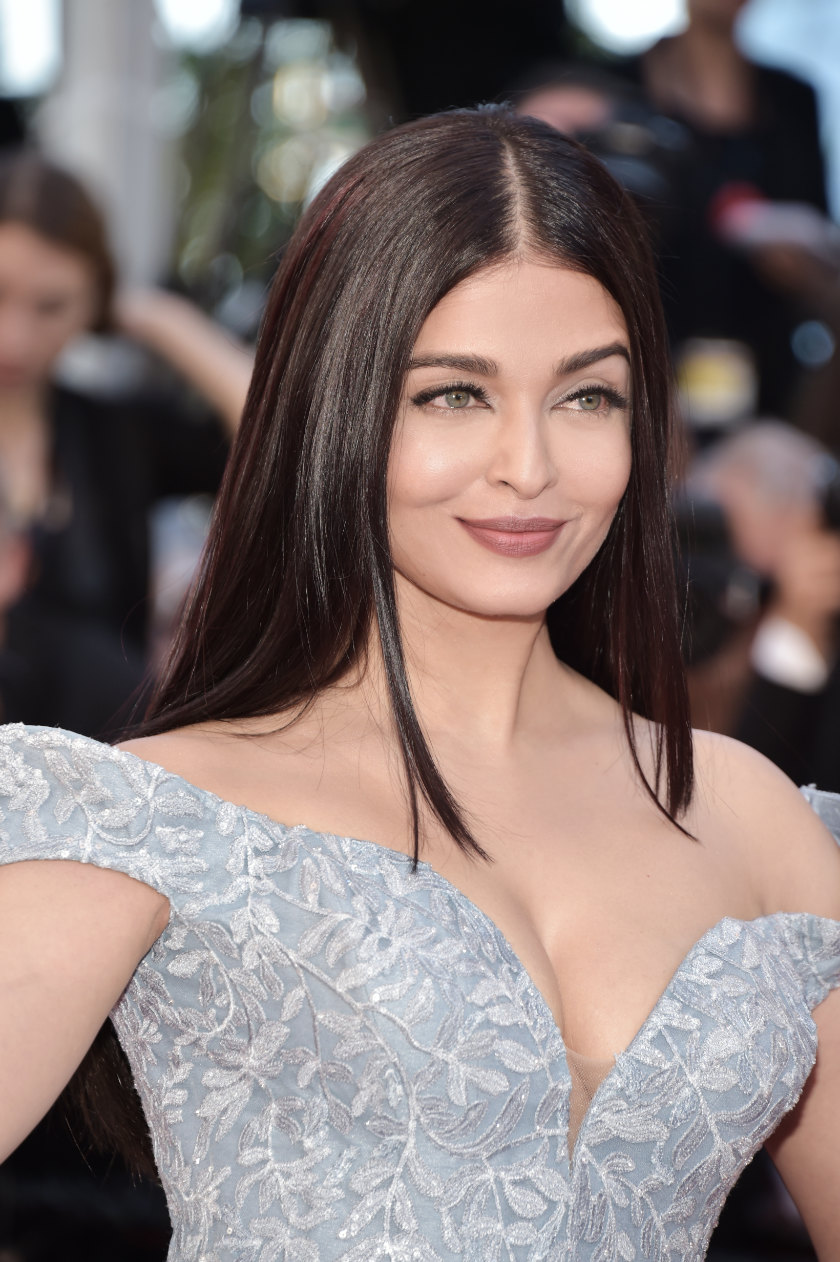 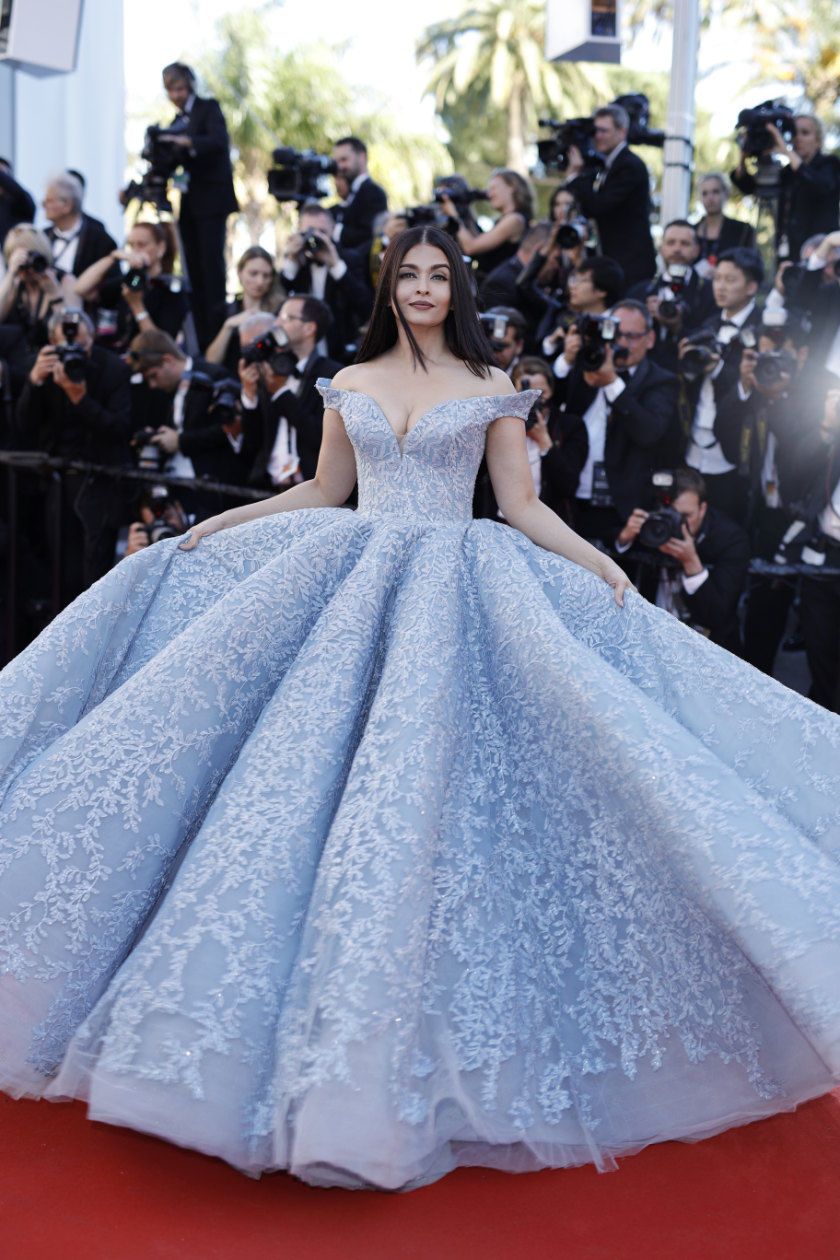 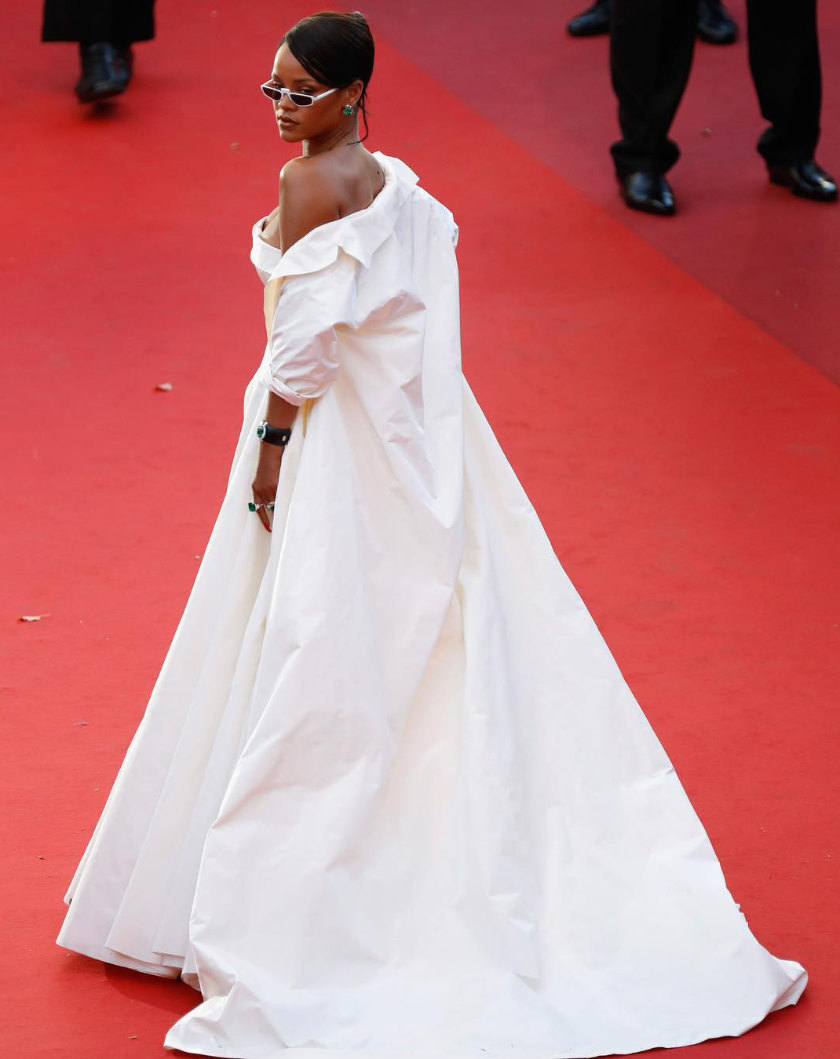 Aishwarya Rai Bachchan always causes a stir when she heads to the Festival de Cannes, both as a L’Oréal Paris spokeswoman and as an actress in her own right. This year, her powder blue ballroom gown, by Filipino designer Michael Cinco, was covered with beads and featured a massive skirt—comfortably the biggest we’ve seen so far over the last three days.
Rai Bachchan’s gown was from Cinco’s appropriately named Impalpable Dream of Versailles collection.
L’Oréal Paris’s global make-up director Val Garland and her team gave the Bollywood actress and former Miss World a look using the company’s True Match foundation (in Amber Gold) and concealer (no. 10) were complemented by Color Riche Matte Addiction (in Greige Perfecto), Infallible Blush paint palette (in Amber), Volume Million Lashes (in Fatale) and Infallible Nudist Lip Paint Off White (no. 208).
Joining Rai Bachchan on the red carpet were fellow L’Oréal Paris spokeswomen Li Yuchun, Julianne Moore, and Thylane Blondeau. Behind the scenes, meanwhile, were Chompoo Araya A. Hargate and Elle Fanning, who popped into L’Oréal Paris’s Cinema Club on Friday.
Other head-turning celebrities at the première of Netflix’s Okja were Bella Hadid (in Christian Dior, with a Bulgari snake), Rihanna (also in Dior, resplendent in white and looking much like a wedding outfit), Jessica Chastain (in Givenchy) and Lily Collins (in Ralph & Russo), who appears in the film.
The première did not go well for the Netflix film, already the subject of controversy because it was not released into French cinemas. The Meyerowitz Stories, which stars Ben Stiller, is another film purchased by Netflix that will also not be shown on general cinematic release in France.
Okja was projected at the wrong aspect ratio and suffered from sustained heckling from the audience. 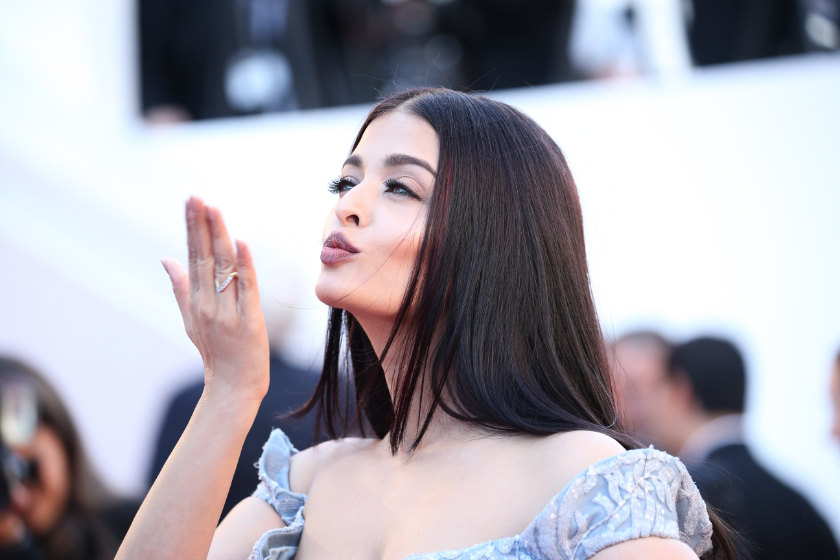 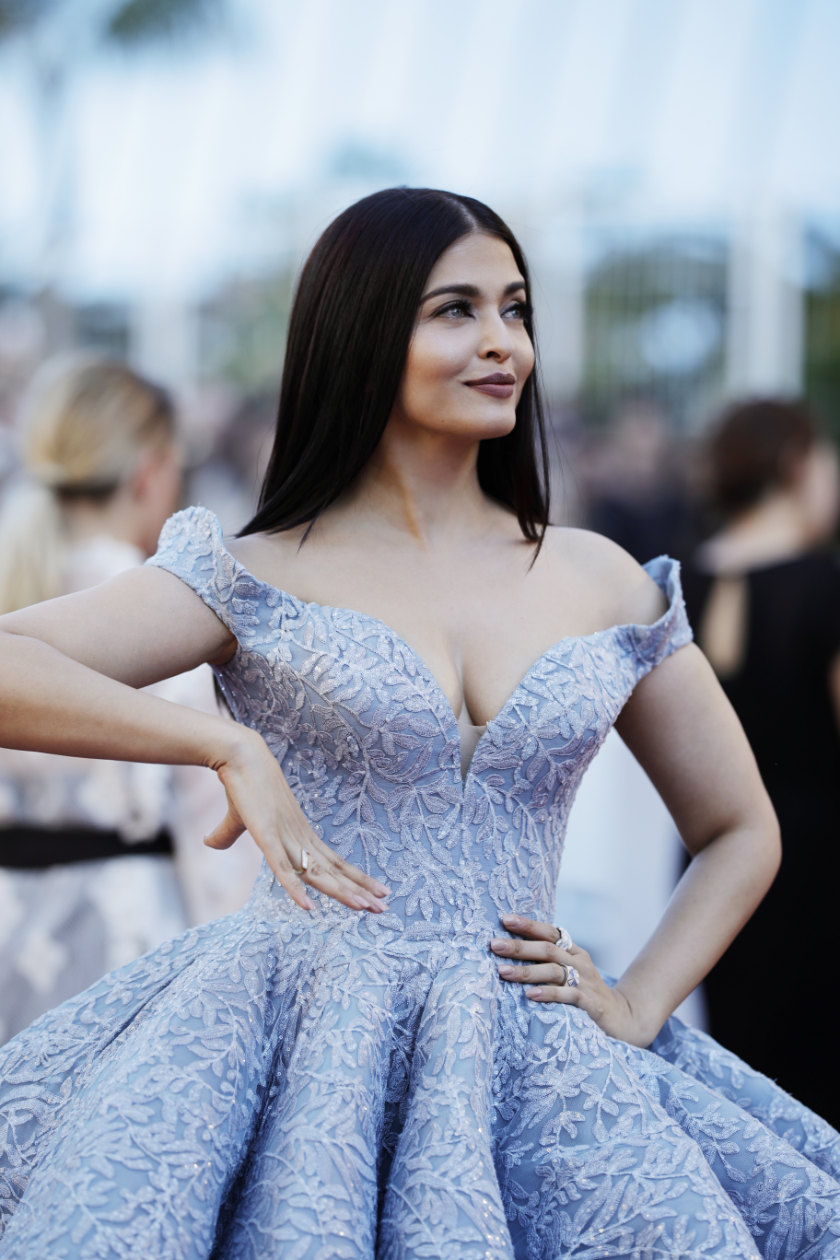 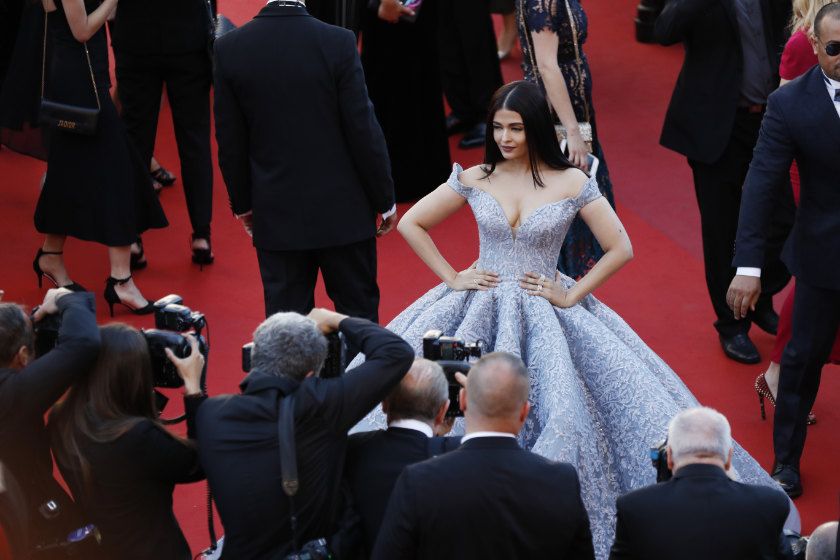 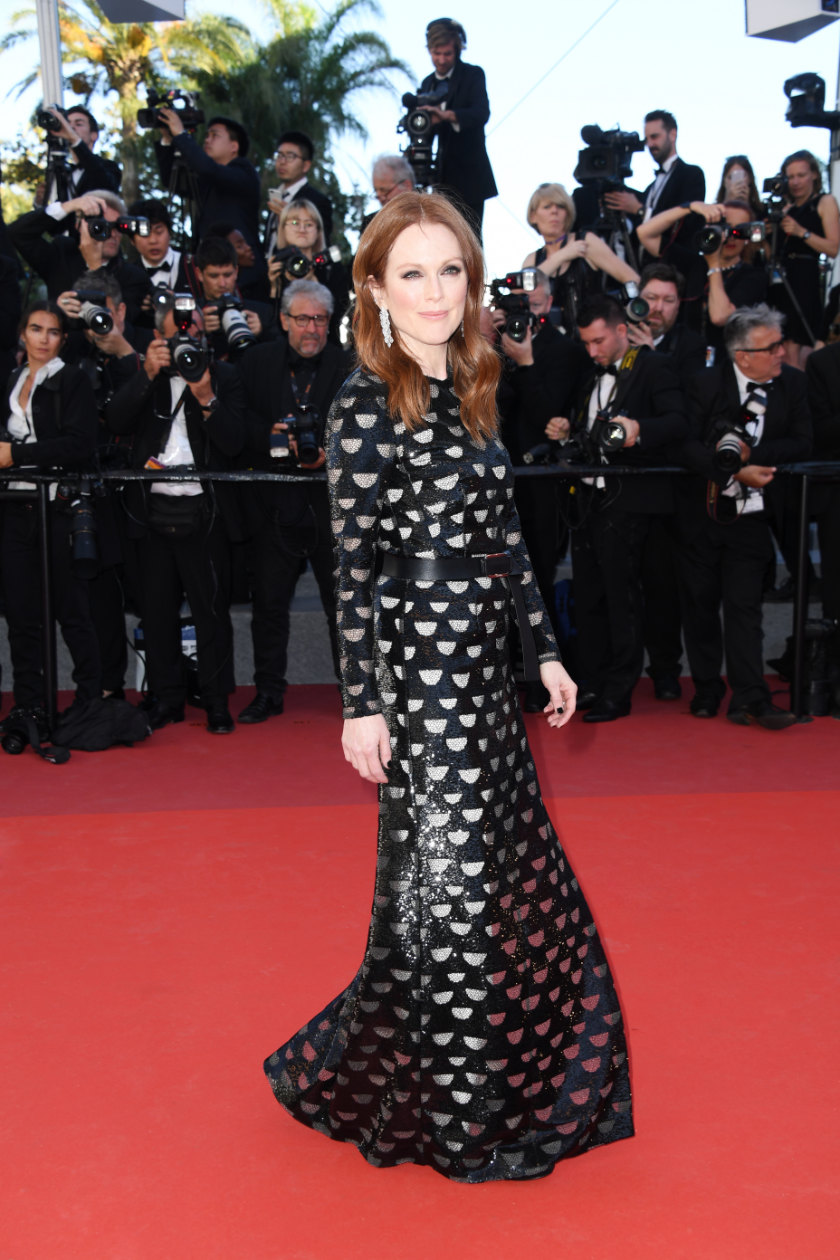 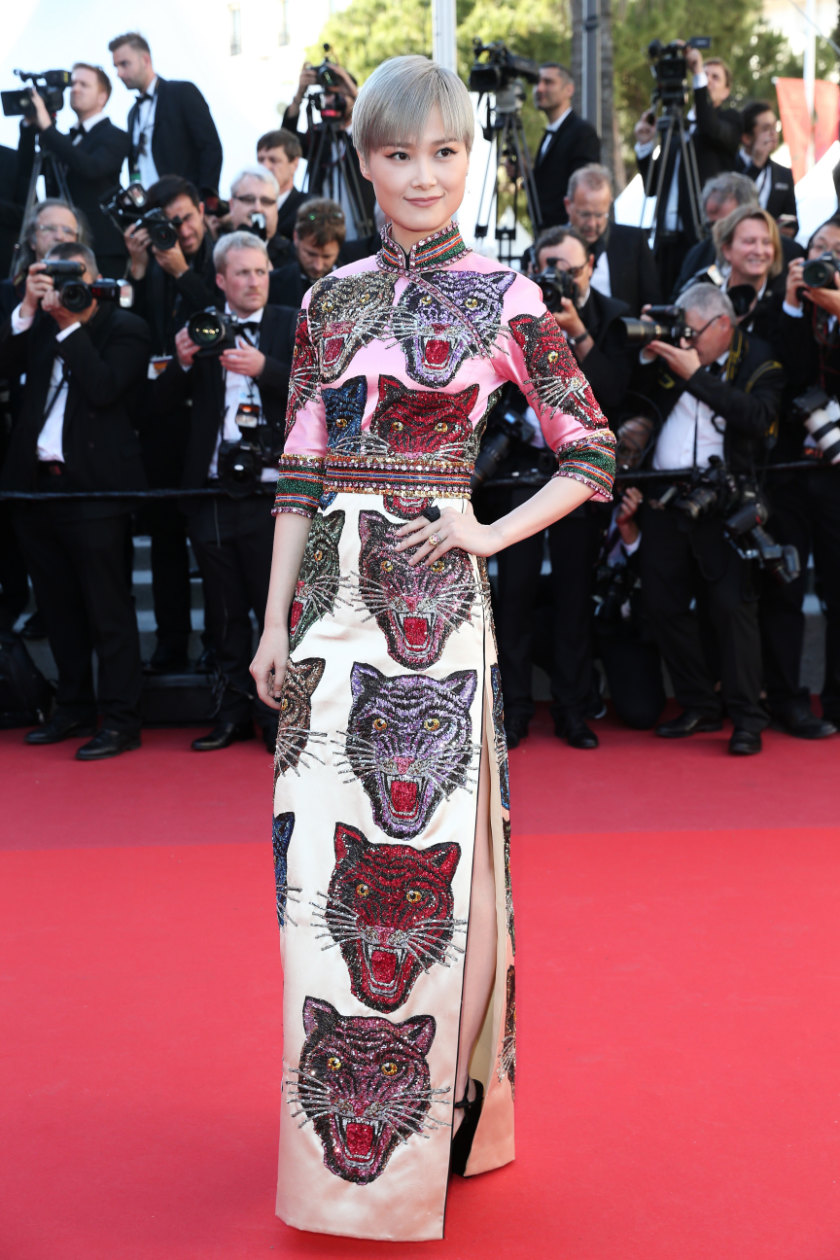 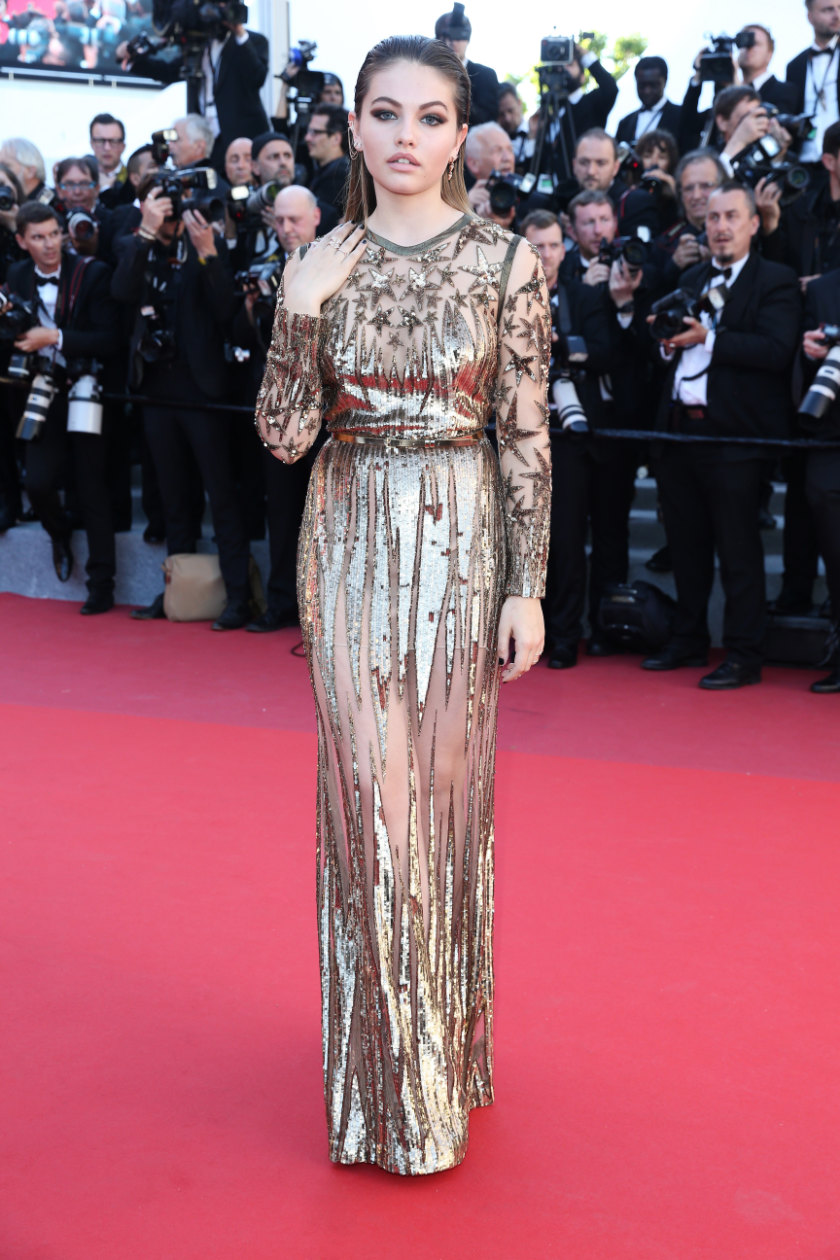 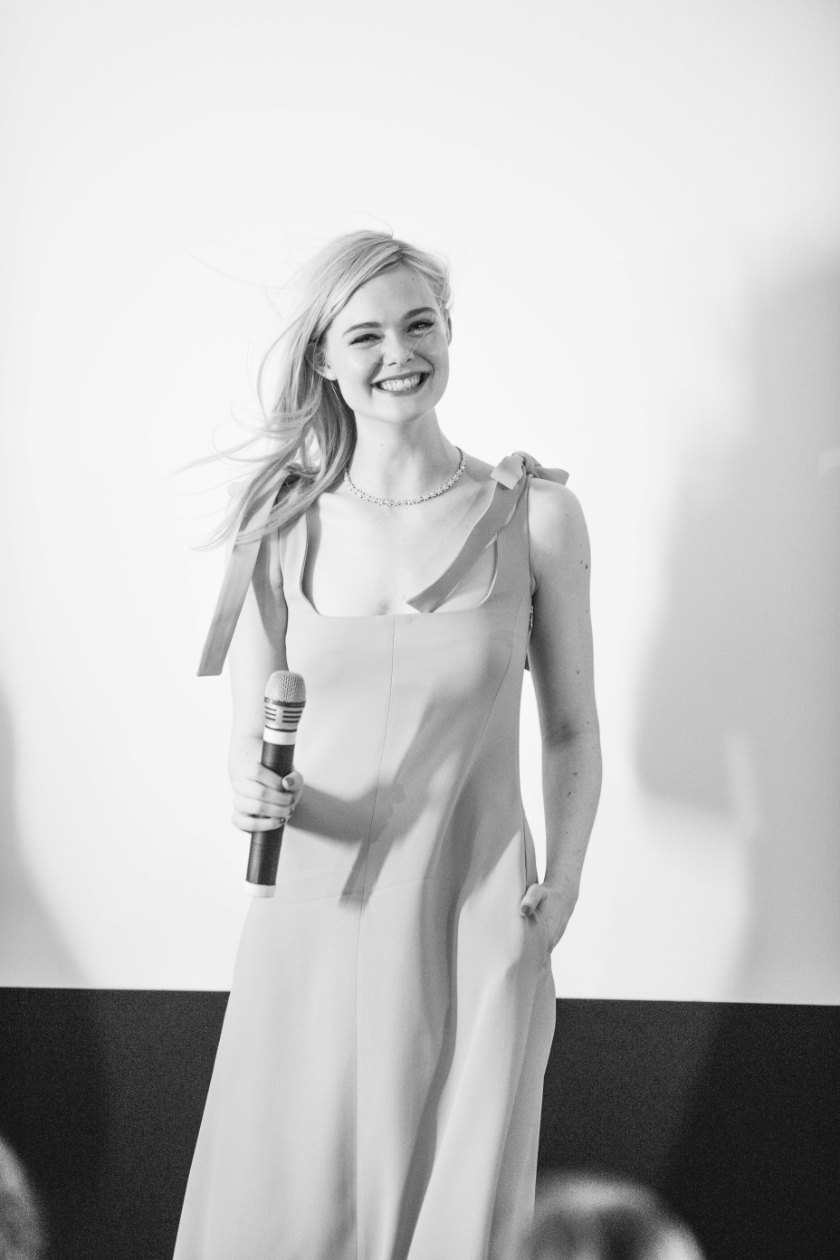 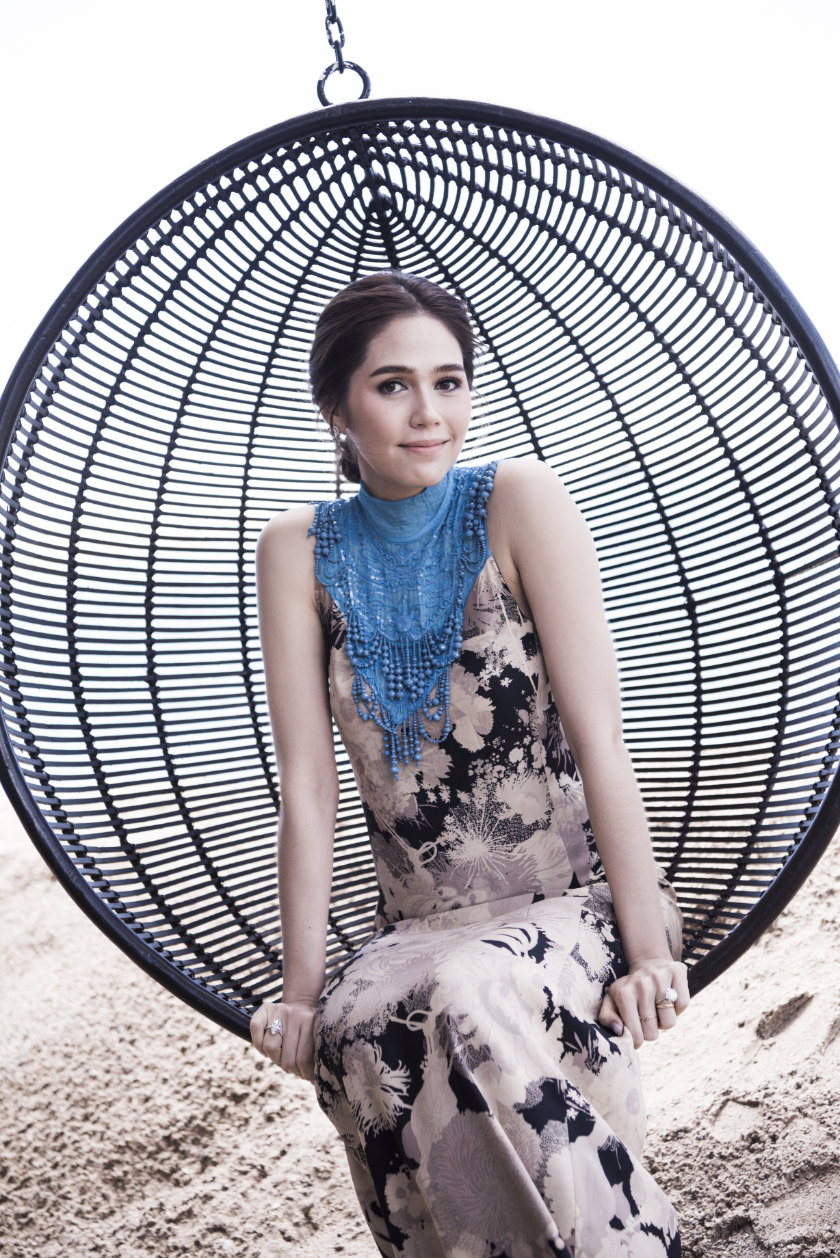 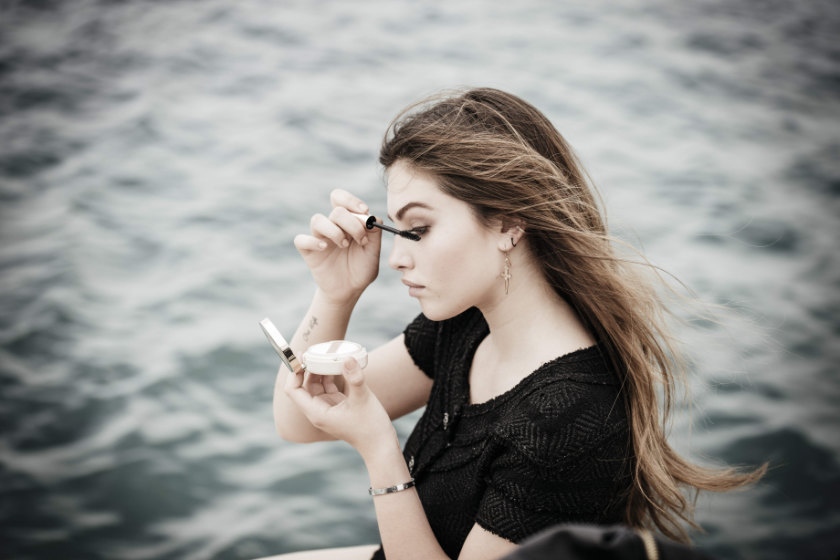 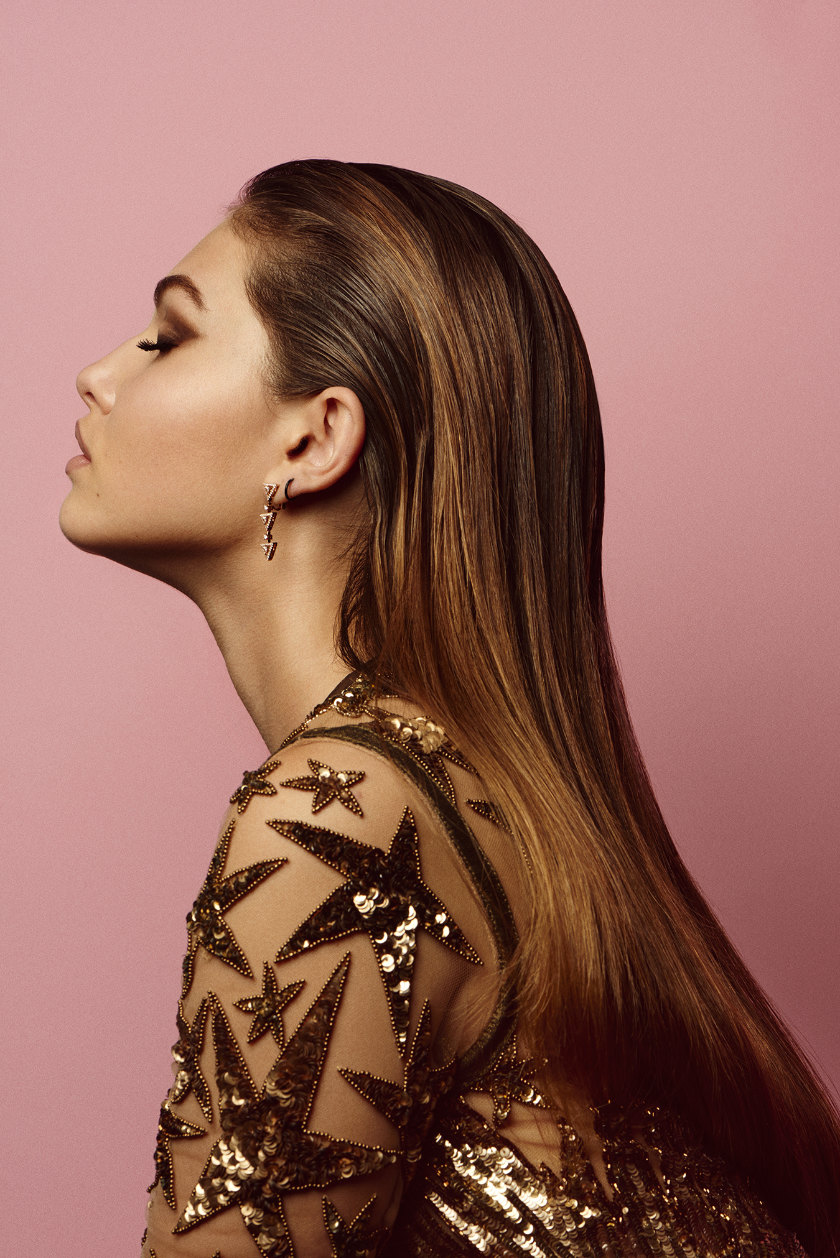