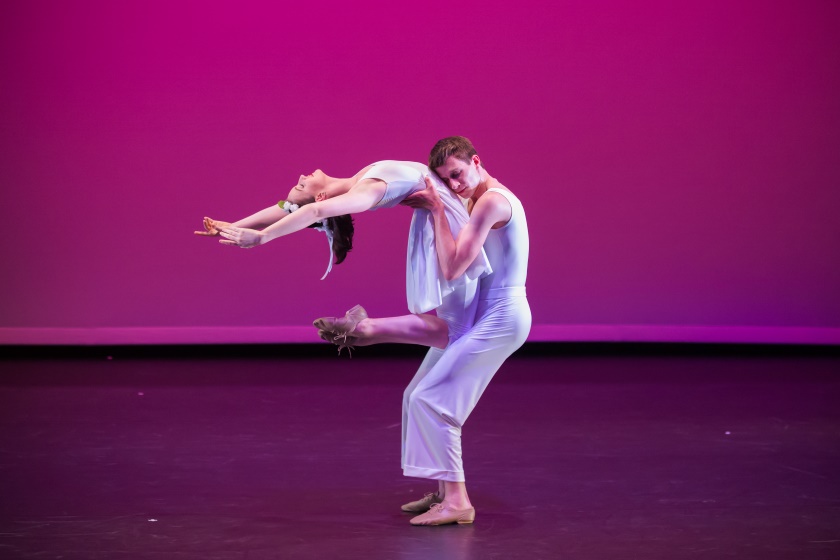 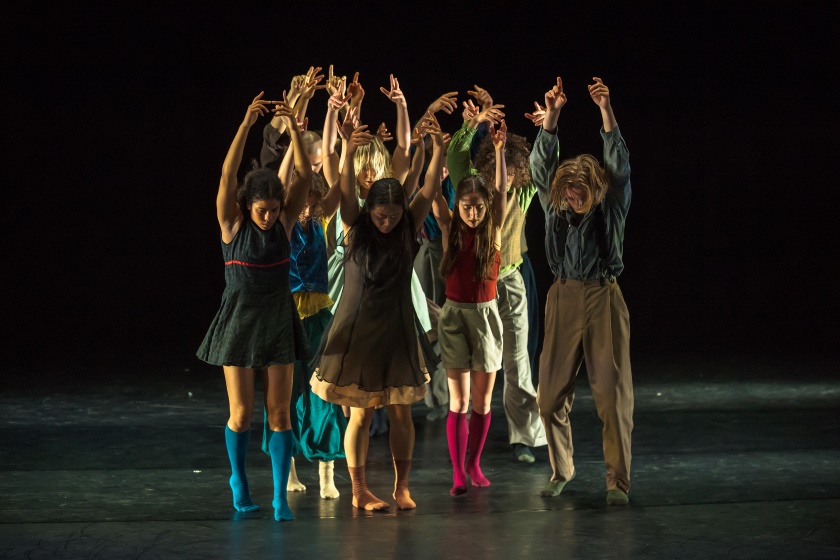 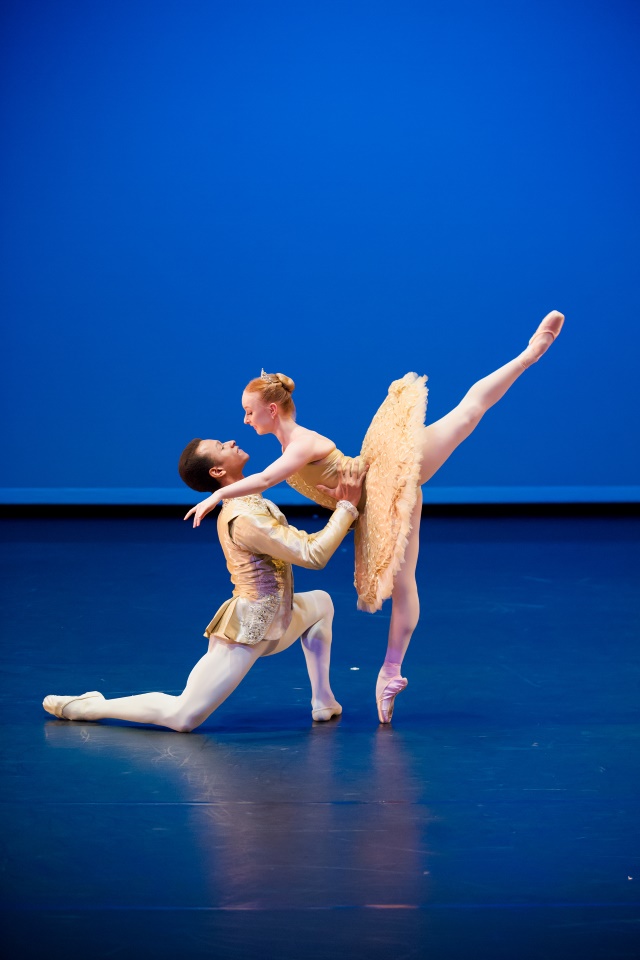 Above, from top: Meistens Mozart. An excerpt from Political Mother. Pas de deux from The Sleeping Beauty.

The New Zealand School of Dance’s Graduation Season once again brings an expertly executed programme, mixing genres from classical to modern to experimental. Among the programme tonight were three premières: Helgi Tomasson’s Meistens Mozart was performed for the first time in New Zealand, while Amber Haines’s Incant and Jiři Bubeniček’s Dance Gallantries received their world premières on opening night of the season at Te Whaea.
Meistens Mozart started the evening and showed that, with the right arrangement and choreography, the German language could be made cheerful. Songs by Wolfgang Amadeus Mozart, Carl Ditters von Dittersdorf, Bernhard Flies and Jakob Haibel, sung by the Tölzer Boys’ Choir, accompanied the six dancers, the standout of whom was George Liang. Liang had previously been at Canada’s National Ballet School, and we had seen him perform last month at the Republic of China’s National Day celebration. There were no opening-night jitters from any of the six, who instantly transported us to an alpine society, celebrating springtime love, courtship and playfulness.
The all-male He Taonga—a Gift was an energetic and intense performance where drumbeats from Whirimako Black’s ‘Torete te Kiore’ soundtrack sparked sudden moves, a demonstration of control and strength from the 14 dancers. Choreographed by Taiaroa Royal and Taane Mete, He Taonga was created for the School in 2009 and reprised tonight.
Opening the second section, Laura Crawford and Yuri Marques were like delicate dolls in their pas de deux from The Sleeping Beauty, Act III, with the choreography after Marius Petipa. Marilyn Rowe, OBE staged and coached, while Qi Huan was répétiteur. This was a tough ballet piece to get right and the pair got stronger as they performed, gaining confidence and drawing us into their romance.
Taking a complete tangent into modern dance was the solo performance of Glitch, a new work from NZSD tutor Victoria Columbus, whose talents we most recently saw at the World of Wearable Art, where she serves as director of choreography. The movements themselves were created by graduate Connor Masseurs, who performed the dance, playing the part of a “glitching” robotic man short-circuiting on stage with skilful, shuddering movements. Masseurs completely absorbed us with his solo: it wasn’t just his limbs that Masseurs controlled, he extended the idea to facial movements, inventively finding new ways to glitch. Masseurs first performed the dance at the Grand Théâtre at the Maison de la Culture de Tahiti as part of a gala at the Académie de Danse Annie Fayn.
Incant was mysterious, brooding, and ethereal: this all-female work saw dancers come together to generate new shapes, conveying to us notions of clouds, trees in a forest, or tunnels, at times passing a lit sphere between them. Haines’s choreography was meant to question traditional notions of beauty and got us successfully focusing on the collective moves of the dancers. ‘This world,’ she notes in the programme, ‘invokes a mesmerizing state of collective consciousness and celebrates the power and luminous beauty of shared intention.’ A captivating work, it ended the second set of dances.
Dance Gallantries was another more traditional work, with 10 dancers telling more playful stories of romance, complemented by Otto Bubeniček’s colourful costume design and solo violin music by J. S. Bach.
A group of 12 performed an extract from Political Mother, the evening’s one political work with jarring music and clever choreography by Hofesh Shechter. A couple merrily folk-dances in a town square, happy to be part of their society, but are they genuinely happy or manipulated by the state? Their expressions seem to suggest the latter, fooled into believing that all is well and happy in their naïveté. The action moves on to a prison, where the music is muffled and dancers ape being restrained by either arms or ankles. The final scene, with a large group of dancers back in the town, show that the entire society has succumbed to the illusion, raising their arms in acceptance. It makes you question about the times we live in, and whether intellectual discourse is suppressed in favour of simpler ideas, a population told to be happy without really knowing why.
Finally, Tchaikovsky’s music from The Nutcracker was excerpted for the upbeat Tempo di Valse, with the NZSD returning to a ballet to finish the evening. The ‘Waltz of the Flowers’ was instantly recognizable, the 15 dancers showing classical movements. Nadine Tyson choreographed, while the colourful traditional costumes were designed by Donna Jefferis.
Depending on the show, the pas de deux from The Sleeping Beauty may be replaced by Jack Carter’s Pas de deux romantique, with music by Rossini; while Glitch may give way to The Wanderer, choreographed by Columbus and perforned by Liang.
The season runs from November 16 to 26 at Te Whaea in Wellington, New Zealand, with prices ranging from NZ$18 to NZ$33. Tickets can be booked at the New Zealand School of Dance, or online at nzschoolofdance.ac.nz/book-tickets. We’d rate it another must-see, especially to catch some rising stars—we understand that some are off overseas, already snatched up by dance companies.—Jack Yan, Publisher