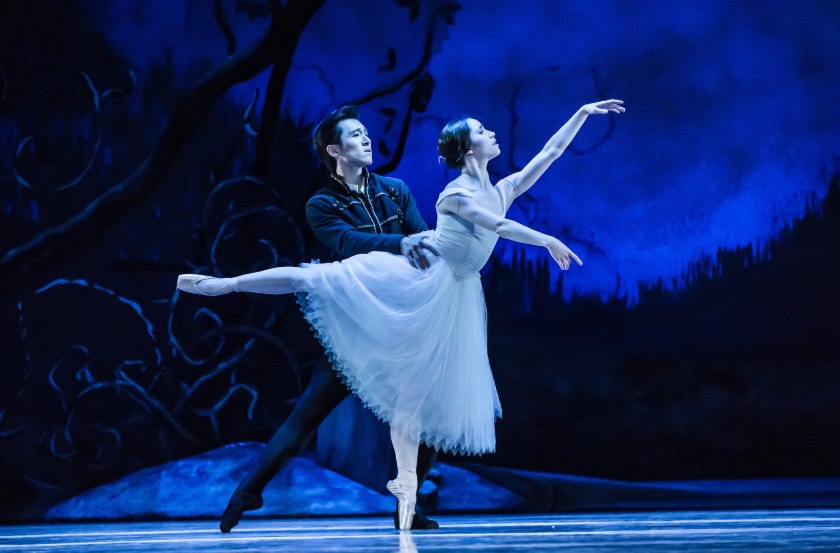 Every opportunity to see the Royal New Zealand Ballet’s Giselle is a renewed pleasure. First performed in 2012, and garnering a great review from this publication for its outstanding choreography and production. Conceived in Wellington four years ago by then RNZB artistic director Ethan Stiefel, with Johan Kobborg, Giselle has become one of the company’s signature ballets, performed in China, the US, the UK, and Italy.
What was astonishing was being able to enjoy Giselle as though we had never seen the 2012 première: there was a freshness about the latest performance, despite our being familiar with the story. On opening night, Qi Huan, who had retired from the RNZB to teach at the New Zealand School of Dance, returned to take up the role of Albrecht, which we saw him perform in 2012. The years since his 2014 departure haven’t diminished his skills one iota: the ballerino still has a star quality that places him a cut above so many, and his entrechats in the second act showed the power and grace that we have come to expect from someone who has mastered his craft. Also performing Albrecht on other occasions is Daniel Gaudiello, former principal dancer of the Australian Ballet, who is similarly acclaimed.
Lucy Green took the title role on opening night and it was her youthfulness that gave Giselle a fresh take; the drama of Giselle descending into madness in the first act was so well done that one couldn’t help but sympathize with her character’s pain. Her pas de deux with Huan were exquisite and romantic.
Also of note was the extensive pointe work by the Wilis in the second act, which demonstrated that the RNZB remains on top of its game.
Jacob Chown’s Hilarion and Mayu Tanigaito’s Myrtha deserve mention in supporting roles: the dancing by both performers was integral to the story and Chown’s battle with the Wilis was emotionally done; Tanigaito kept the pace of the less plot-driven second act going with intricate skill till we saw what had happened to Giselle and Albrecht. Tanigaito also plays Giselle in performances where Gaudiello is Albrecht, and it’s not hard to see her take on the role with aplomb.
Stiefel returned to Wellington to fine-tune the production, working with his successor, Francesco Ventriglia, who was responsible for the casting of Huan and Gaudiello.
Marc Taddei conducted Orchestra Wellington, also giving the performance a new energy, performing the full-length score by Adolphe Adam. He will also conduct the Christchurch Symphony Orchestra, the Dunedin Symphony Orchestra and Auckland Philharmonia Orchestra when Giselle reaches those cities.
Giselle opened in Wellington on August 11, before touring to Napier, Christchurch, Dunedin, Auckland, Rotorua, and Palmerston North, where the season concludes on September 9. Full details are at the Royal New Zealand Ballet’s website, rnzb.org.nz.—Jack Yan, Publisher