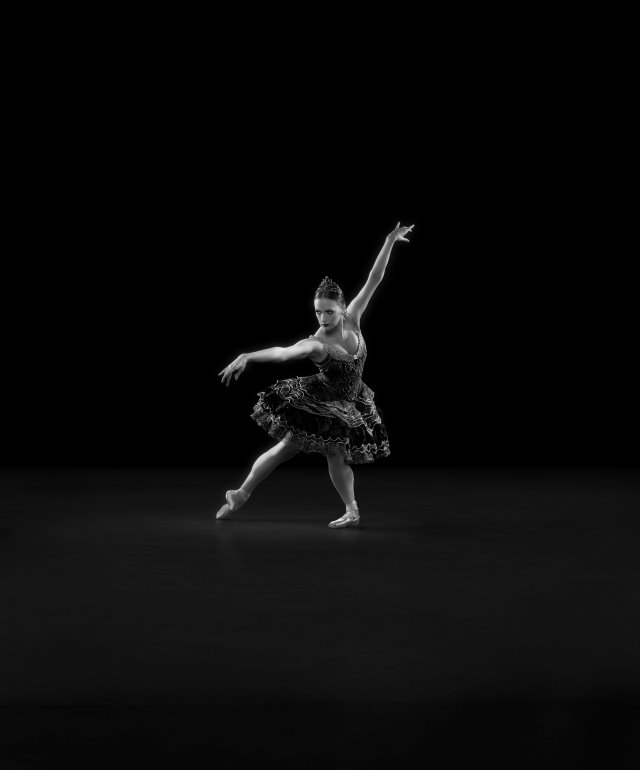 The Royal New Zealand Ballet’s most anticipated production of the year, the Vodafone season of Swan Lake, commenced Thursday night at the St James Theatre in Wellington. It’s another triumph for the company, riding high on its 60th anniversary year.
Choreographed by the legendary Russell Kerr (after Petipa–Ivanov), everything came together on opening night. The NZSO’s performance of the Tchaikovsky score was faultless under the baton of Nigel Gaynor, while principal guest artist Gillian Murphy (as Odette and Odile) showed again a stage presence that captivated with professionalism and grace. Guest artist Karel Cruz of the Pacific Northwest Ballet, dancing the role of Siegfried, was purposeful in his movements while showing an innate beauty. The late Kristian Frederikson’s designs, for the costumes and sets, still captivate since their début in 2007, especially the opulent royal outfits and sets in the castle scenes. John Buswell’s lighting was used to brilliant effect, especially in Act III, where von Rothbart’s trickery is revealed. It’s one ballet from the RNZB that manages to delight and it’s more likely to elicit return visits than many others, in our opinion, not just for the familiar story but for the expertise in its execution on every level.
It was a pleasure to see the iconic Kerr, New Zealand’s most celebrated choreographer, now 83, join the dancers and Gaynor on stage at the end. While we never saw Kerr’s acclaimed 1996 production of Swan Lake for the RNZB—a year before this publication was founded—it is easy to imagine how even more ground-breaking it was then. And as in 1996, Sir Jon Trimmer had the role of Wolfgang, the Prince’s tutor.
The Wellington performances were dedicated to the recently deceased theatre pioneer Richard Campion, whose name is on the original trust deed of the New Zealand Ballet Company.
The Australian Ballet’s principal artist Amber Scott will alternate with Murphy, while New Zealand-born Australian Ballet principal artist Ty King-Wall will alternate with Cruz. The Pacific Northwest Ballet’s Carla Körbes had to withdraw due to an injury.
The programme revealed a congratulatory note from HRH Prince Charles to the Royal New Zealand Ballet on its 60th anniversary.
The première of the Vodafone season of Swan Lake will remain at the St James Theatre till July 27, and tours to seven other centres, including Dunedin, Christchurch, Invercargill, Takapuna, Auckland, Palmerston North and Napier, where the season closes on September 1. Full details can be found at the Royal New Zealand Ballet’s website. The Auckland Philharmonia accompanies the RNZB in Auckland performances, while the Christchurch Symphony Orchestra will perform in its home city. Other cities will use a recording of the NZSO’s score, conducted by Nigel Gaynor, recorded at the St James on July 25, 2013.—Jack Yan, Publisher