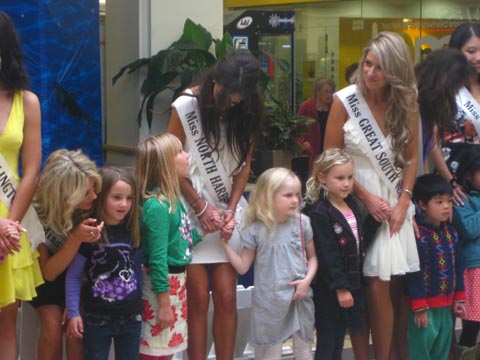 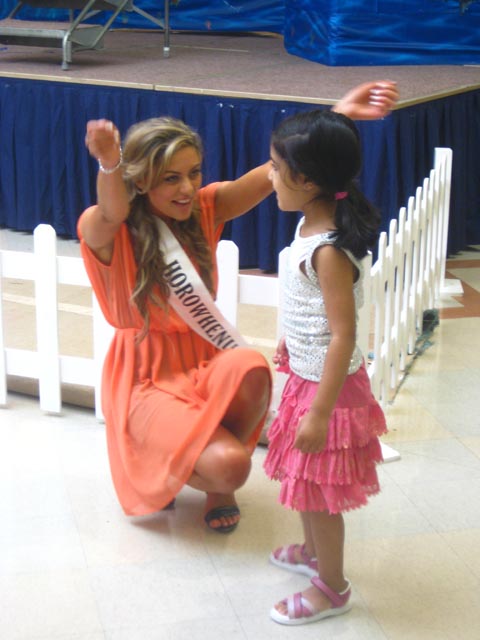 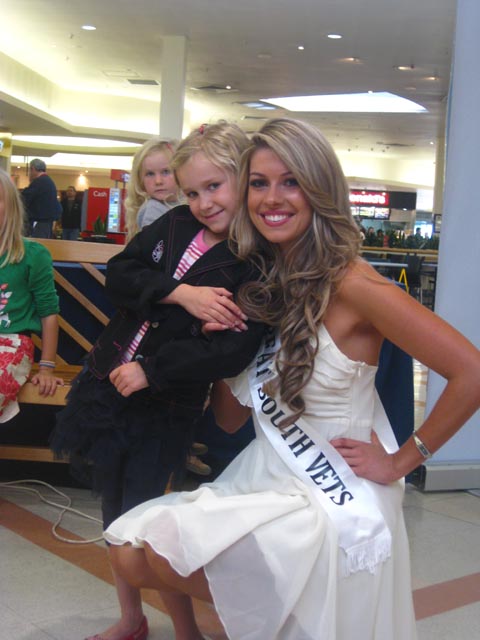 Time has ﬂown this week for the Miss Universe New Zealand 2011 contestants. In their last weekday outing, they went to the Johnsonville Shopping Centre on Friday afternoon, and got plenty of attention from youngsters there during their school holiday.
Kids’ entertainment had just ﬁnished ten minutes before 12 of the 13 contestants—Miss Hutt Valley Ashley Bradley had a longer-than-expected hair appointment—began introducing themselves and parading.
On the prompting of pageant director Val Lott, the little girls in the audience were asked if they wanted to go up to be seen with the dozen, which gave me a chance to see how they interacted with some of Wellington’s youngest citizens. (It was a good opportunity to compare how they interacted with the elderly at Kilmarnock Heights Home earlier in the week.)
Afterwards, Georgia Easter (Miss Christchurch), Cassie Matthews (Miss Auckland), Lauren Mann (Miss The Steps Dental Care) and Courtney Ramsdale (Miss Howick) accompanied me in the BMW X3 to Jeff Gray BMW, where they were photographed with the new Z4 sports car for a publicity shot. 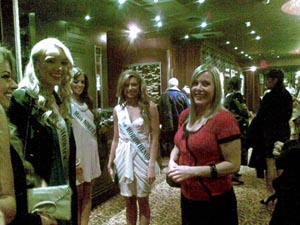 My fellow judges Evana Patterson (left) and Carl Manderson arrived late afternoon and got the chance to meet all 13 contestants at the Museum Hotel and at Mishmosh, where everyone dined this evening. Former Miss Universe New Zealand runner-up Danijela Unkovich, Miss Wanganui 2008 Michelle Kleinsmith, and co-MC and former Miss Universe New Zealand ﬁnalist Zeisha Frémaux also arrived.
There is one more social event: dinner at Soi at Greta Pt on Saturday night, one of the most scenic restaurants I know in the Wellington city area. The weekend will be occupied with rehearsals, which should give Evana, Carl and fourth judge Dina Janse van Rensburg a chance to see how the contestants are. Saturday is also a huge day as we head into our interview sessions, considered one of the toughest parts of the competition.
I asked Michelle Kleinsmith what advice she had for those nervously waiting outside “the boardroom”. She said that listening to music on an Ipod might not be a bad idea.
As it is an important day, we judges will need to be on top form, too. As it’s been very difﬁcult this year with the best prepared group ever, the interviews have now become that much more important.—Jack Yan, Publisher 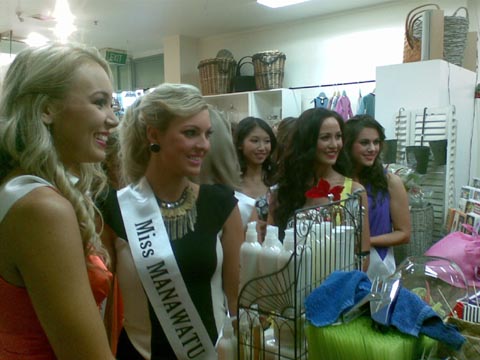 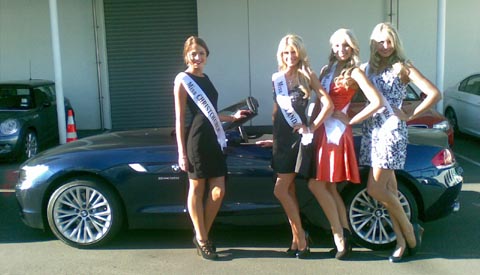 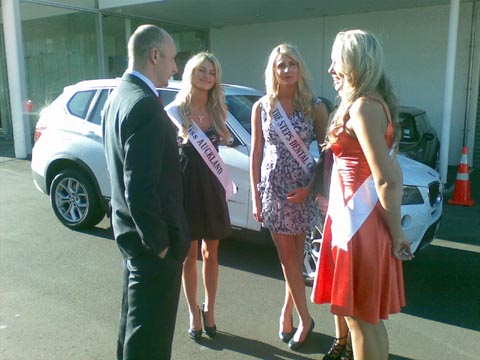