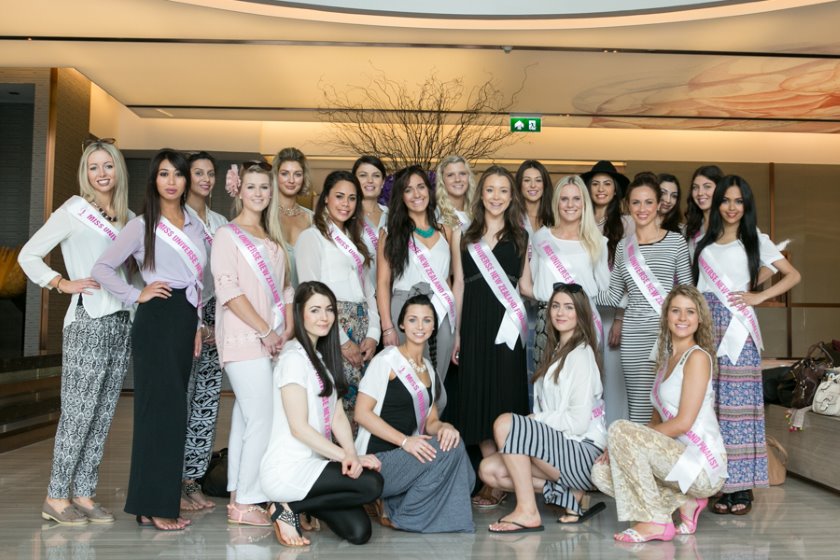 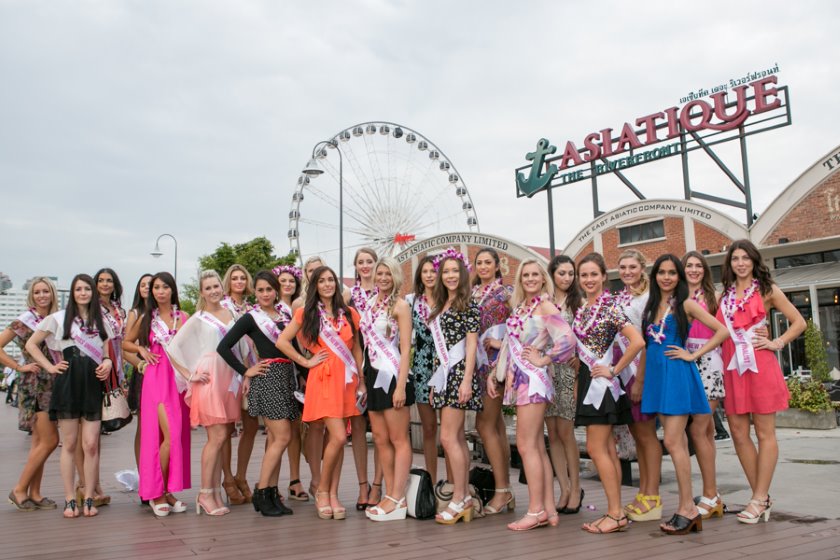 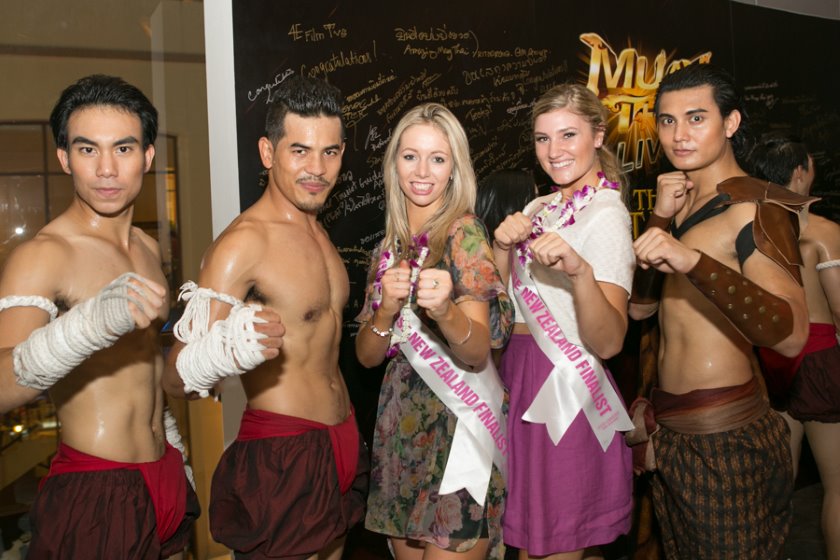 The second day of the finalists’ retreat for Miss Universe New Zealand 2014, and the first full day in Thailand, was packed with activities for the top 25 around Bangkok.
Most went for a morning visit to the Grand Palace and Wat Phra Kaew, the temple of the Emerald Buddha, while photographer Alan Raga began the swimwear shoots for three remaining contestants, with swimwear from Surface Too Deep and Honey & Co.
Lunch was served at Bangkok’s Queen Sirikit National Convention Centre, while a further three had their shoots done in the afternoon.
The contestants were subject to immense media coverage, continuing to highlight what the Thai ambassador to New Zealand, HE Noppadon Theppitak, sees as contributing positively to the diplomacy between the two countries.
A packed evening was lined up for all 25 at Asiatique, the Riverfront, an open-air mall featuring a night bazaar and, currently, Muay Thai Live—the Legend Lives, a show performed at the state-of-the-art theatre at the venue nightly except Sunday. It chronicles the history of Thai kickboxing over the last three centuries.
The Miss Universe New Zealand 2014 grand final takes place at Sky City Theatre, Auckland, on September 18. The public will have a hand in deciding the winner, through text voting and through the electronic i-vote. See nextmissnz.com/top25.shtml for voting details. Further updates of the competition are on the Miss Universe New Zealand Facebook and Instagram, with hashtags #missuniversenz and #munz14. 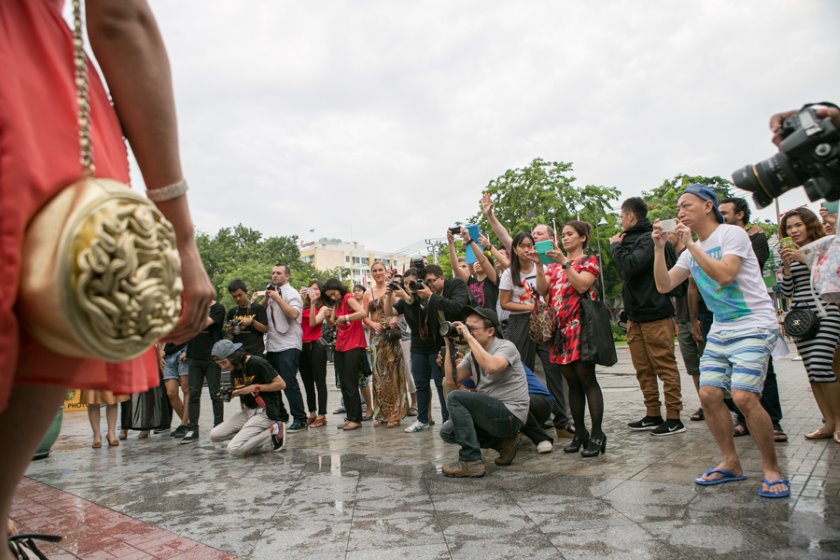 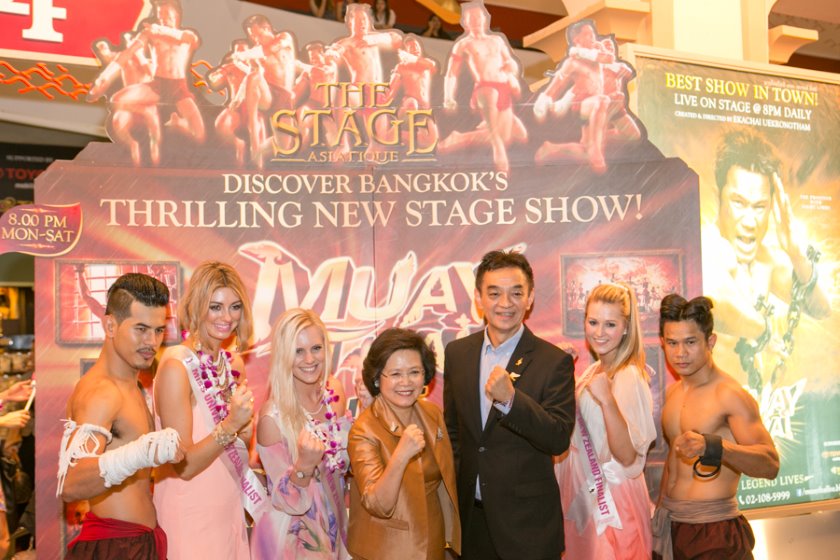 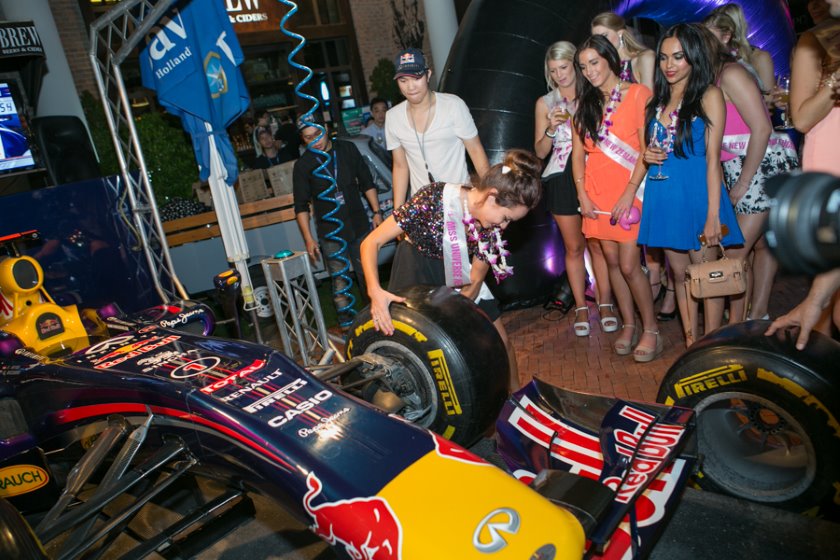 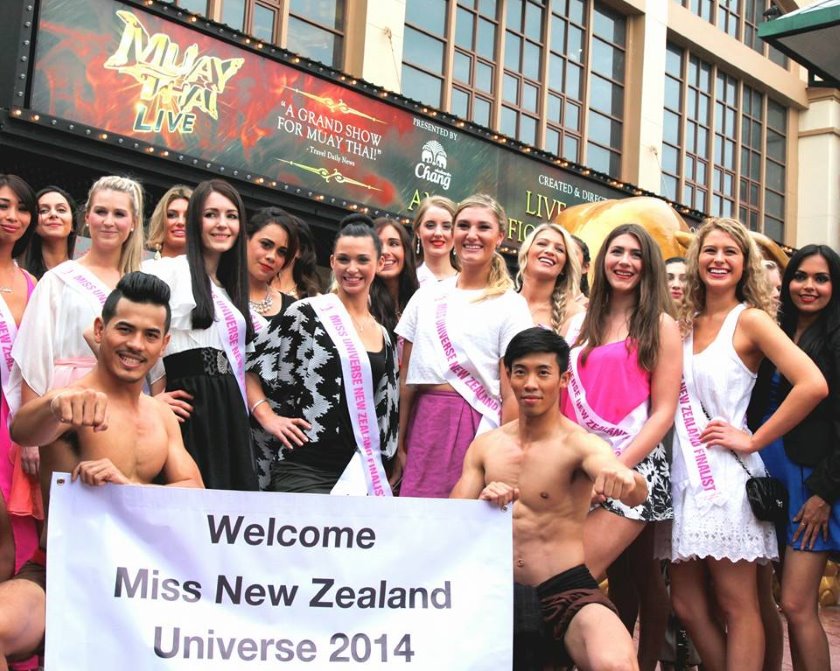